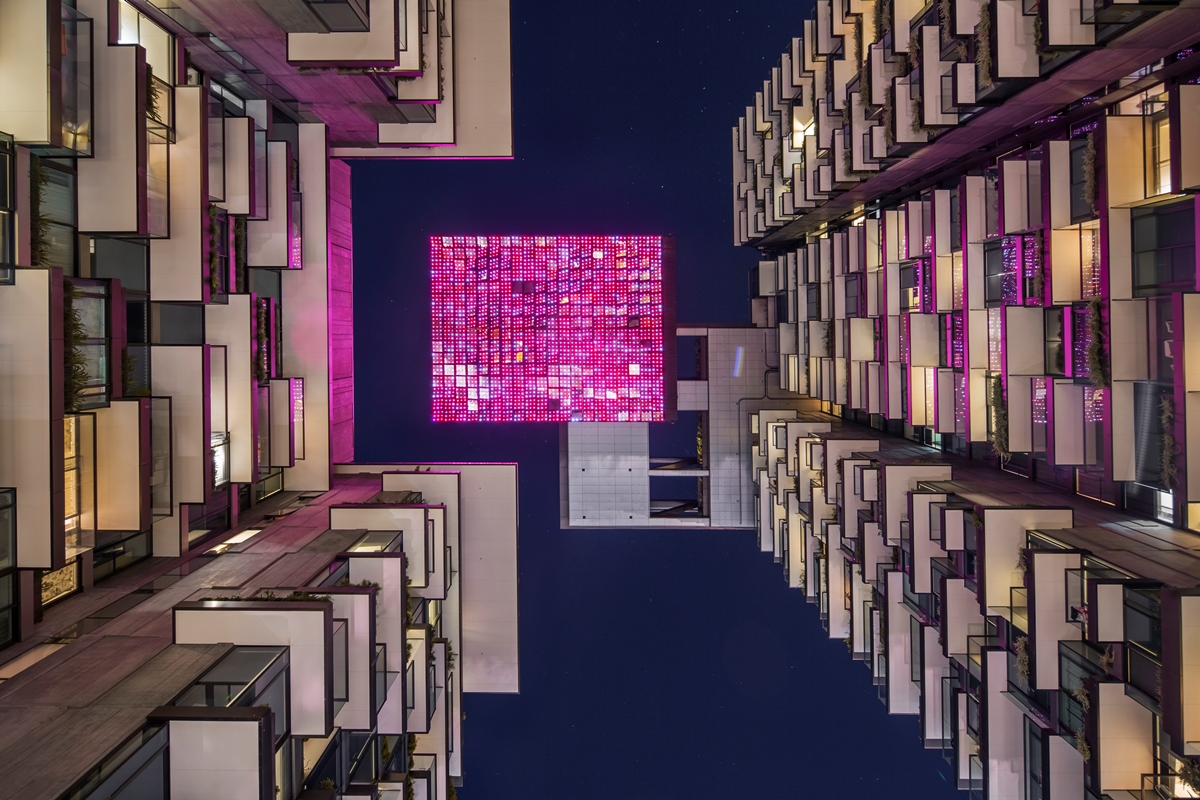 Developed by Tilt Industrial Design, the podcast aims to challenge preconceived notions about industrial design, and explore the fusion between architecture and construction.

A heliostat is a device that consists of one or more mirrors, usually plane ones, which can be individually controlled and moved in order to keep reflecting sunlight directed toward the central receiver.

One Central Park features Australia’s first heliostat to be used in a residential context and the world’s largest ever used in an urban environment.

Eight years on, Wombwell and Phillips explore the design, its complex delivery and the application of existing technology in a new market.

Former Frasers Property development director Michael Goldrick also provides insights into how the project came about and its architectural intention.

The choice of Phillip and Wombwell for this first episode of the Tilt: Exploring Industrial Design & Architecture podcast is not a coincidence.

Both have separately worked on their own heliostat projects and thus bring well-informed commentary around the specifics of this lighting system.

The hovering cantilever is the focal point for an enchanting assembly of motorised and fixed mirrors that reflect sunlight throughout the site.

In its approach, Ateliers Jean Nouvel sought to reflect light in a way that offset overshadowing and supplemented solar access in the retail atrium, podium spaces and the landscaped terraces.

As industrial designers, Tilt was also engaged to work on One Central Park, developing and delivering the brief to integrate the mirrors into the building, making them an urban architectural feature rather than a standalone addition.

Tilt identified existing technology in the conceptual thermal industry and repurposed it into an urban environment, with the design calling for mass production and a complex implementation that required a global procurement strategy.

Established in 2014, Tilt is a team of industrial designers, fabricators and engineers based out of Sydney. It has worked with Australian and international clients, delivering a vast array of operable and architectural features.

Looking for more architecture and design podcasts? Check out our 2021 list of the best from Australia and the world.