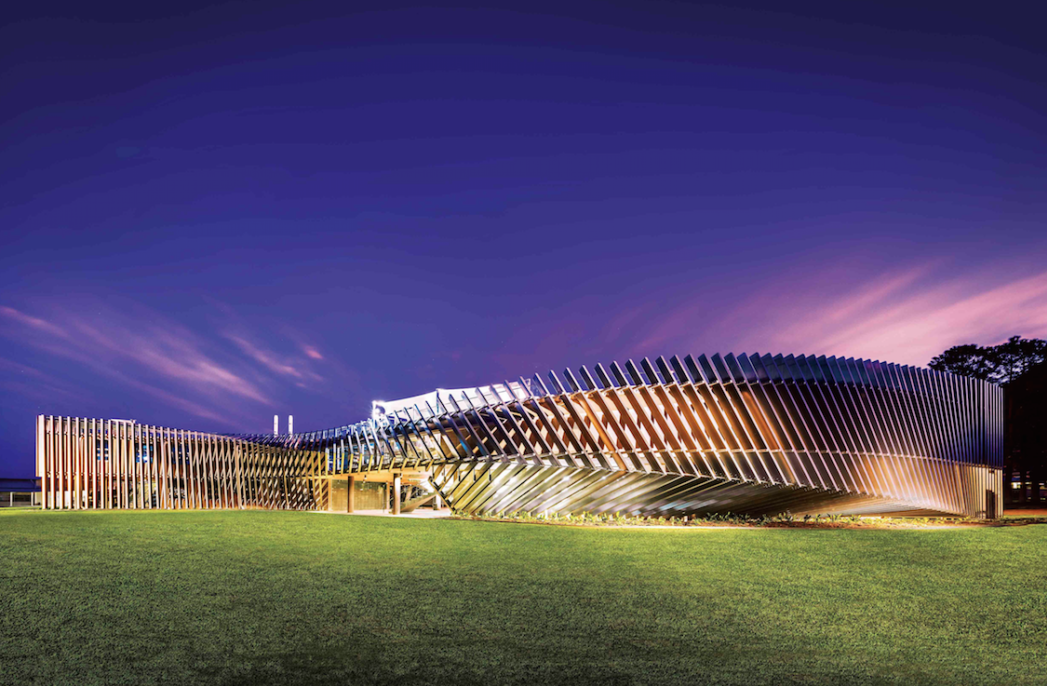 TAS was founded in 1983. Construction on the school’s new science building began in September 2014 and finished in early 2015. Designed by Charles Wright Architects and built by Hansen Yuncken Construction, the building inspired Wright to create a unique design characterised by a host of striking science symbols including helix, slinky and science apparatus – leaving the design open to interpretation. The symbols epitomise the idea of linkage and connection and also prompt an iconic image of science in the mind of a student.

The most visually striking aspect of the new facility, the helix twist, links the science building to the rest of the campus and is also featured in the design of the staircase. The facade was inspired by the double helix shape of a DNA molecule and forms a three- dimensional, steel-wound exterior for the senior science building. 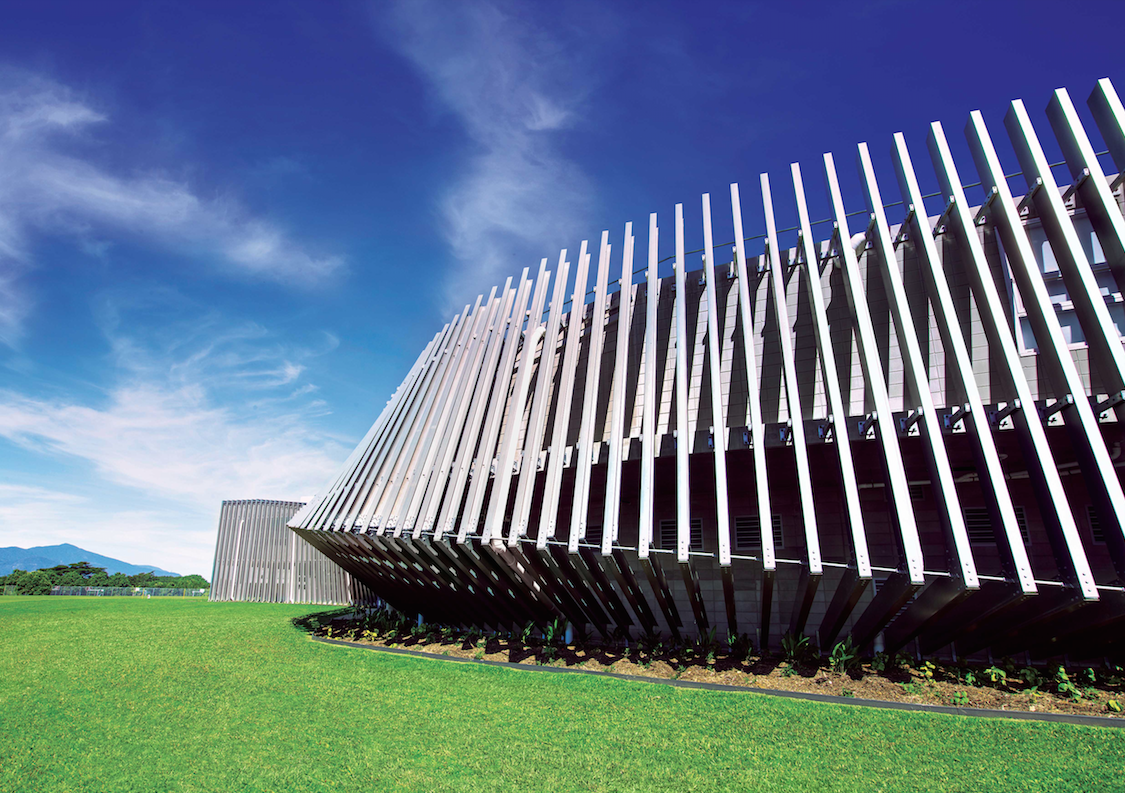 A cutting edge new science facility for Trinity Anglican School (TAS) in Far North Queensland, proposed as a new prototype for educational buildings in tropical latitude. Science symbols and experiments inspired the design, which is open to interpretation as helix, slinky or apparatus providing an iconic image of science in the eye of a child.

The school engaged us with the view to utilising our design as an opportunity for architecture to assist with rebranding, marketing and changing culture on campus. The first stage of a new masterplan to be rolled out over the next 15 years, this building is sited as the new school entry and represents the future in development.

Relationship of built form to context

With a permeable ground plane, the science facility acts as an open conduit with direct covered links through to the rest of the campus. 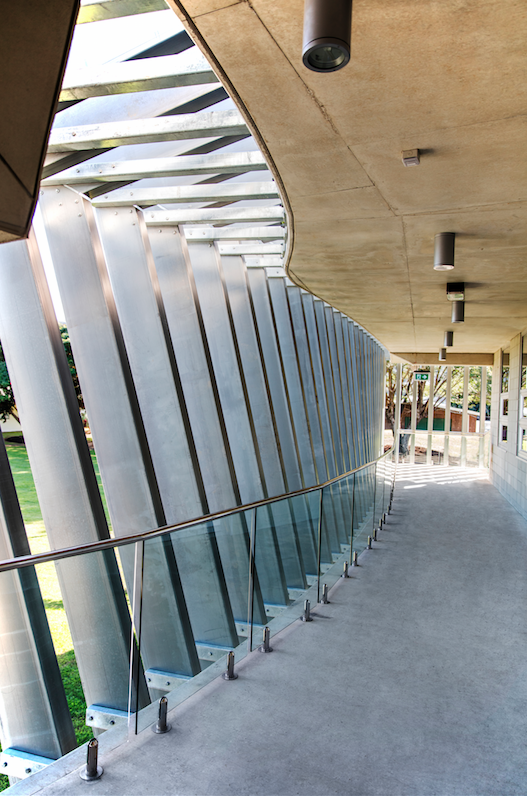 All six laboratories have been consolidated on the upper level with a linking spine support zone. The main circulation through the heart of the building is via an open central atrium entry with feature helix staircase. All circulation corridors are open yet protected from the elements via off-form concrete balconies and the feature twisting steel sunshade façade.

In all of our work, we strive for innovation and new solutions to the problems of living with climate change in the 21st century. Integration of allied disciplines was critical to the successful delivery of our vision for the project, advanced sustainability initiatives and practical requirements for withstanding annual cyclonic weather events. All services in the building are exposed, which required intense cross- collaboration from all allied disciplines.

The project was developed and procured through an intensive value management process, resulting in a highly cost-effective solution to the client’s specific requirements. 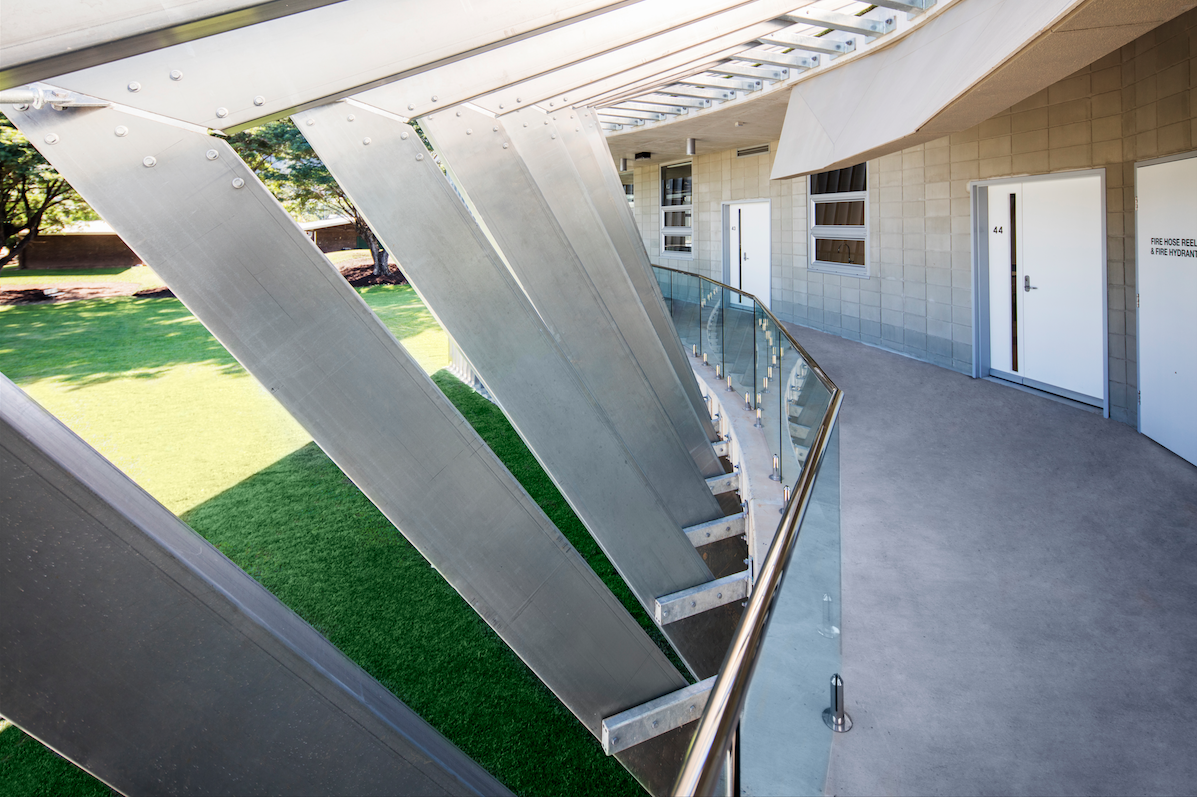 As a new science facility, sustainability was core to the concept for the project. From the feature sunshade façade to the photovoltaic panel array on the roof to the VRV (variable refrigerant volume) cooling systems and advanced energy monitoring, every design decision was about efficiency. The exposed engineering services throughout the facility are used as building science educational tool. The roof area is harvested into a water tank for grey water recycling and we utilised low- energy LED fittings throughout along with low water usage plumbing fixtures. The planned configuration of teaching spaces allows for mixed mode operation via openable awning windows. With insulated thermal mass engineering, the shaded concrete structure is ideal for the location due to its inherent long life cycle efficiency and material properties to deal with the harsh, corrosive wet tropical environment.

Response to client and user needs

The school’s science facilities had not been updated since the mid 1980s and they required a new building to cater for emerging technologies and changing pedagogies in the STEM (Science, Technology, Engineering and Mathematics) field. As the first building block in a new masterplan, this science building brings forward a bright future for TAS and its students.

How did the science facility project come about?

The school had put the project out to tender, so pretty much every architectural practice in Cairns went for the job. We entered our tender submission and were successful.

And how long was it between the tender submission and completion?

By part of the grant funding requirements, there was actually an expedited program that was required, which we agreed to in our tender submission. So in fact from being appointed to submitting documents for tender I think it was 10 weeks for design and documentation. 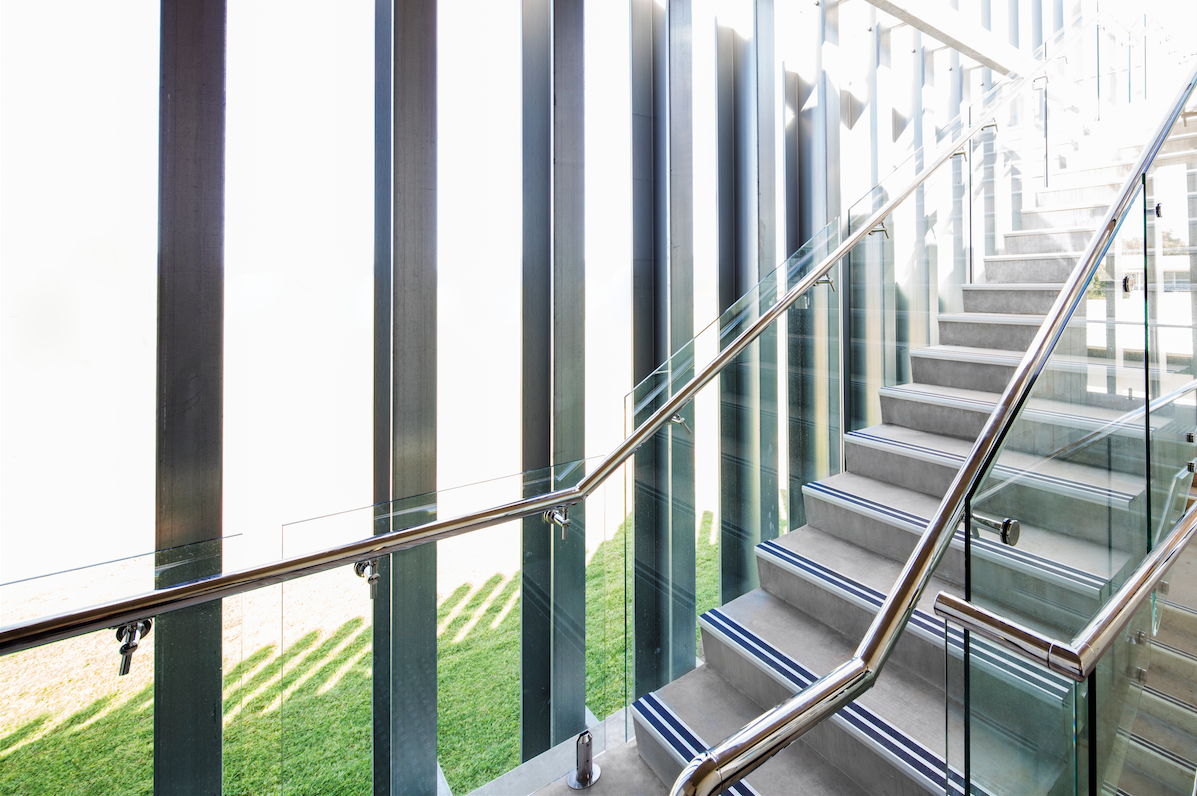 Apart from the speed, what were the particular challenges of the project?

We had big aspirations; we wanted to achieve a lot, so it was really about controlling the budget, but it was more about what systems we were going to put in place.

How did you come up with the design?

We held a series of intense workshops at the beginning of the project, so there was a lot of client consultation. I wanted the building to be immediately about science. So in the eyes of a child, they look at the building and conjure that it is about science immediately. But I also wanted it to be something that was open to interpretation. Something that was artistic. So it’s almost like a combination between something sculptural and something scientific.

Now it’s finished, what pleases you most about the building?

I love the quality of light, behind that façade. As the light shifts throughout the day, the changing striation of shadows is really quite ephemeral. That component I think is magic.