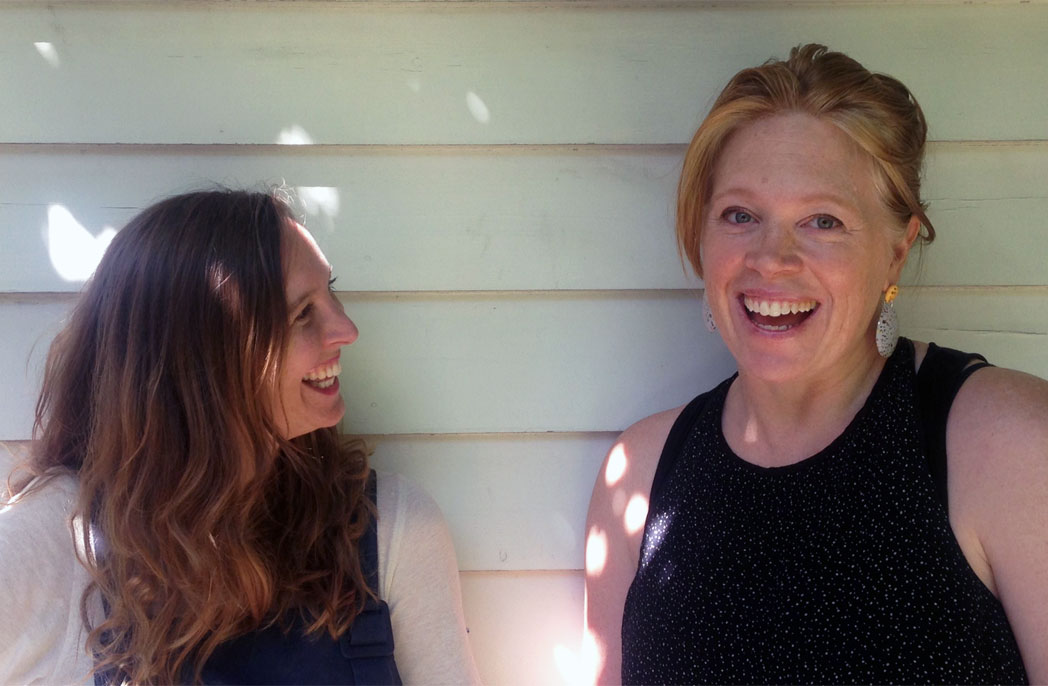 Every week, in our Q&ADR column, ADR interviews an architect, designer, object maker or industry person about who they are beyond the work – their life, inspiration, challenges and aspirations. This week we catch up with Nicola Dovey of Drawing Room Architecture to chat about the challenges of setting up a practice when juggling a young family, what work is on the horizon, and the current state of Australian architecture.

Can you provide a little insight into the challenges and highlights of founding your own architecture studio?

A definite highlight is cultivating a team of supportive people to work with. Recently Imogen Pullar joined me as a business partner at Drawing Room. With several years of award-winning work under her belt, she brings so much to the business but also her style, grace and generosity make our workplace a really nice place to be. Arianna Wilson has worked alongside me from the beginning and I can confidently say she is by far the smartest person I know.

Dan Fuge is producing fantastic photography for us, we’re working with a great builder (we try not to name names for fear of losing them) and we’re staring to have a bunch of furniture makers, steel workers and other contractors we repeatedly work with.

We’ve also had very supportive clients who have shown us a lot of trust and respect, leading to mutually satisfying outcomes.

Challenges lie in the hum-drum of everyday business. A typical day means six hours of things that just have to been done, an hour of fun stuff, an hour lost on the phone then the realisation that half the things you got done have to be re-done tomorrow. So much of architecture is just turning up and doing what needs to be done.

Where do you turn for inspiration, and which architects or designers have had the biggest influence on your work?

I worked in an atelier where the head designer would bring in a host of stuff he’d collect from everywhere – a theatre ticket, a scrap of fabric, a photo he’d found at a market, some illustrations, an old painting, a box he’d found. It was all creative fodder that would help flesh out an idea. I try to remember that discipline, feeding the imagination from everyday life.

I worked for a Welsh architect, Martyn Evans, early on. He’d retired to NZ from London. His work was very organic – one house was based on a clenched hand. He used copper, gnarled wood and Onduline a lot. Think recycled paper with perspex chips. One house had huge boulders coming out of the floor as it sat on a rocky outcrop and the rocks continued through to create a hearth. He seemed like a magician to me…very Lord of The Rings.

Art and art galleries in general are vital. We tend to frequent galleries often, Heide in particular.

What excites or frustrates you about the current state of Australian architecture and design?

I love living in Melbourne. The creative community here is rich, diverse and active. As an architect, there are a lot of great work opportunities for a young practice. I’ve worked in Europe where working as an architect can mean either very large scale work in a large firm or interior design work. We do so much actual building here in Australia and we have the full range, from sole practitioners to large firms, you have the chance to find exactly where you fit.

I do get frustrated when I see what is being built currently in my neighbourhood, or in most of the inner north – the small builder-developer townhouses that spring up like weeds, they don’t seem to have any soul, to put it simply.

It’s an age-old frustration, how we, as architects, can participate more generally in the built fabric. To this end, I have befriended the developer working next door. I even tolerate his digs at us architects for being such ‘architects’.

What has been the proudest achievement in your career?

Setting up a practice that supports parenting, practising architecture and furthering our careers. We each have kids under six and know that the days of being able to turn up on time every day and stay late every night are over, at least for the next several years. I had a boss early in my working life who showed me an excellent example of office management and culture. It came down to communication – asking, checking, changing, adjusting.

In our office we communicate a lot, we check in, arrange, re-arrange. We know what the goal is (great work and outcomes) and make sure we give ourselves space and time to work towards this while doing what we need to do as parents. I figure our kids are starting their education early, as they come on site regularly.

What is your favourite project from your own body of work and why?

Diamond Creek was a highlight. A young couple needing to extend and alter their existing home before the birth of their child. To see where things started and where they ended up was satisfying. The house had a few good points but needed reorienting towards the sun and garden. The majority of the inside was replanned and we were able to keep most of the existing walls, the existing floor and roof, so we were able to spend where we preferred to spend – on a new kitchen, wet areas, ensuite, a new north facing living room and a deck connecting to the garden.

It’s impossible to pick a favourite, we’re working on larger projects now, which is a challenge. We are also now working on new builds where we’re starting from scratch, rather than responding to an existing.

What is your favourite space/place in Melbourne – is there a spot you wish you had designed?

Heide Museum of Modern Art. In particular the fire nook at the McGlashan Everist house, Heide II. If you look at the original photo on the nook wall, as it was originally, you can see architectural nirvana. Views ahead, behind, to each side of you, elements projecting from inside to outside, above and below you, vertically and horizontally, a sunken central hearth and walls of limestone, timber and wool.

You hear the same sigh whenever a new person walks in. As a space, it contains and expands, and that’s a very satisfying experience.

What are you working on currently?

One that is least like anything we’re currently doing is an outdoor room with external armatures. It’s for a house in Richmond that’s had its backyard privacy totally removed by towering neighbouring apartment blocks. The outdoor room allows the family to extend outside, directly off the living room into a room with privacy created by moving mesh screens, adjustable awnings, translucent polycarbonate panels and steel mesh structures for growing greenery.

At the periphery of their property will be a series of mesh and reno structures that cut out particular and general views from the neighbouring towers. Greenery on these structures will offer a green view, allow winter sun and extend privacy right to the edges of their backyard. I suspect we’ll be doing more projects or aspects like this in our projects as our neighbourhoods become denser and people seek privacy and retreat.