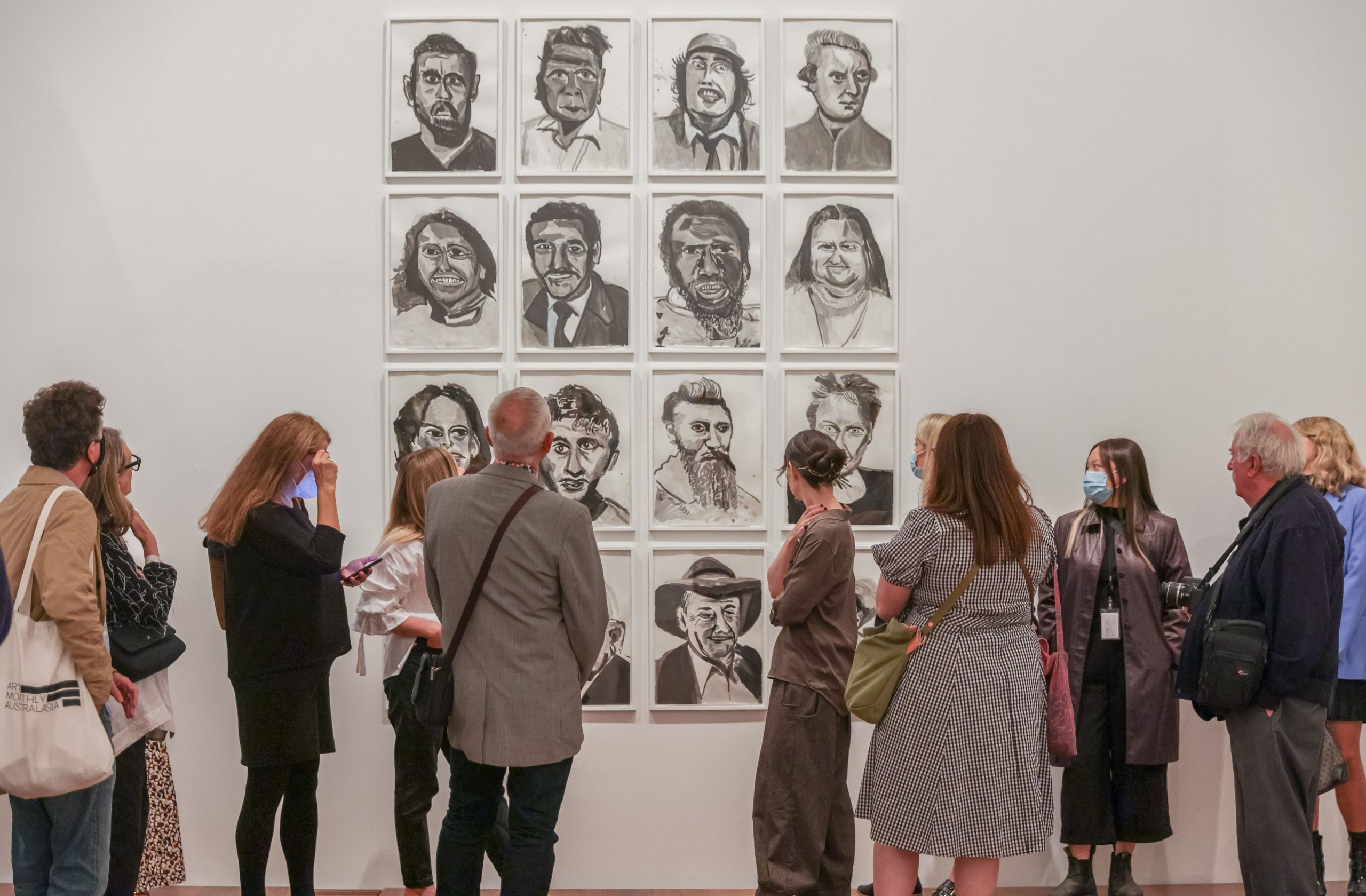 ‘WHO ARE YOU: Australian Portraiture’ features more than 200 works by Australian artists including Patricia Piccinini and Atong Atem, with sitters such as Cate Blanchett, Queen Elizabeth II, and David Gulpilil.

On display from 25 March to 21 August 2022, this free exhibition will be housed at the Ian Potter Centre until relocating to Canberra in October.

Described as one of the most comprehensive explorations of portraiture ever mounted in Australia and the first exhibition to bring together the collections of the NGV and the National Portrait Gallery, Canberra, the exhibition reveals the rich artistic synergies and contrasts between the two institutions’ collections.

National Portrait Gallery director Karen Quinlan says the Canberra gallery is “thrilled to work with the NGV on this extensive exploration of Australian portraiture”.

“The exhibition comes at a time when, in the current global COVID environment, stories from home, about home, and the artists and identities who have shaped and continue to shape our nation are more compelling and important than ever.

“It is a privilege to be able to present our collection in conversation with the NGV’s and to explore the idea of Australian identity and its many layers and facets through the lens of portraiture,” she says.

Presented across five thematic sections, the exhibition questions what actually constitutes portraiture by examining the surprising and sometimes unconventional ways of representing likeness, such as the abstract self-portrait by John Nixon and Boris Cipusev’s typographic portrait of Jeff from The Wiggles.

WHO ARE YOU: Australian Portraiture also raises challenging and provocative questions about who we are and how we view others – historically, today and into the future.

The exhibition opens by considering the connection between people and place, reflecting on the relationship between artists, sitters and the environment, as well as the personification of the natural world.

Highlight works include a conceptual map depicting self and Country by Wawiriya Burton, Ngayaku Ngura (My Country) 2009, as well as the NGV’s recent acquisition Seven Sisters Song 2021 by Kaylene Whiskey, a painted road sign that is filled with personally significant, autobiographical references to pop culture.

Moving further throughout the exhibition, the artistic tradition of the self-portrait and portraits of artists, as well as how this convention has been subverted or challenged by contemporary artists working today is explored.

Ideas of intimacy and alienation are juxtaposed through images of family and community presented alongside those of vulnerability and isolation.

Works include Pat Larter’s Marty 1995, a graphic collage depicting a male sex worker, challenging the ease with which society consumes images of female nudity, and Naomi Hobson’s Warrior without a weapon 2019, a photographic series in which the artist challenges stereotypes about Indigenous men from her home community in Coen, by using flowers as a metaphor for male vulnerability.

The final section of the exhibition interrogates Australian icons, identities, and how we construct them, with Michael Riley Maria 1986 and Polly Borland’s HM Queen Elizabeth II 2002 displayed side by side.

The aim is to draw connections between archetypal imagery of royalty, with negative renderings of ‘otherness’ found in historical ethnographic portraiture.

For further information about WHO ARE YOU: Australian Portraiture visit the NGV website.

Lead image: Visitors enjoying WHO ARE YOU: Australian Portraiture at The Ian Potter Centre. Photo: Getty.

Earlier this month the NGV announced two exhibitions, ‘QUEER: Stories from the NGV Collection’, and the upcoming ‘The Picasso Century’.