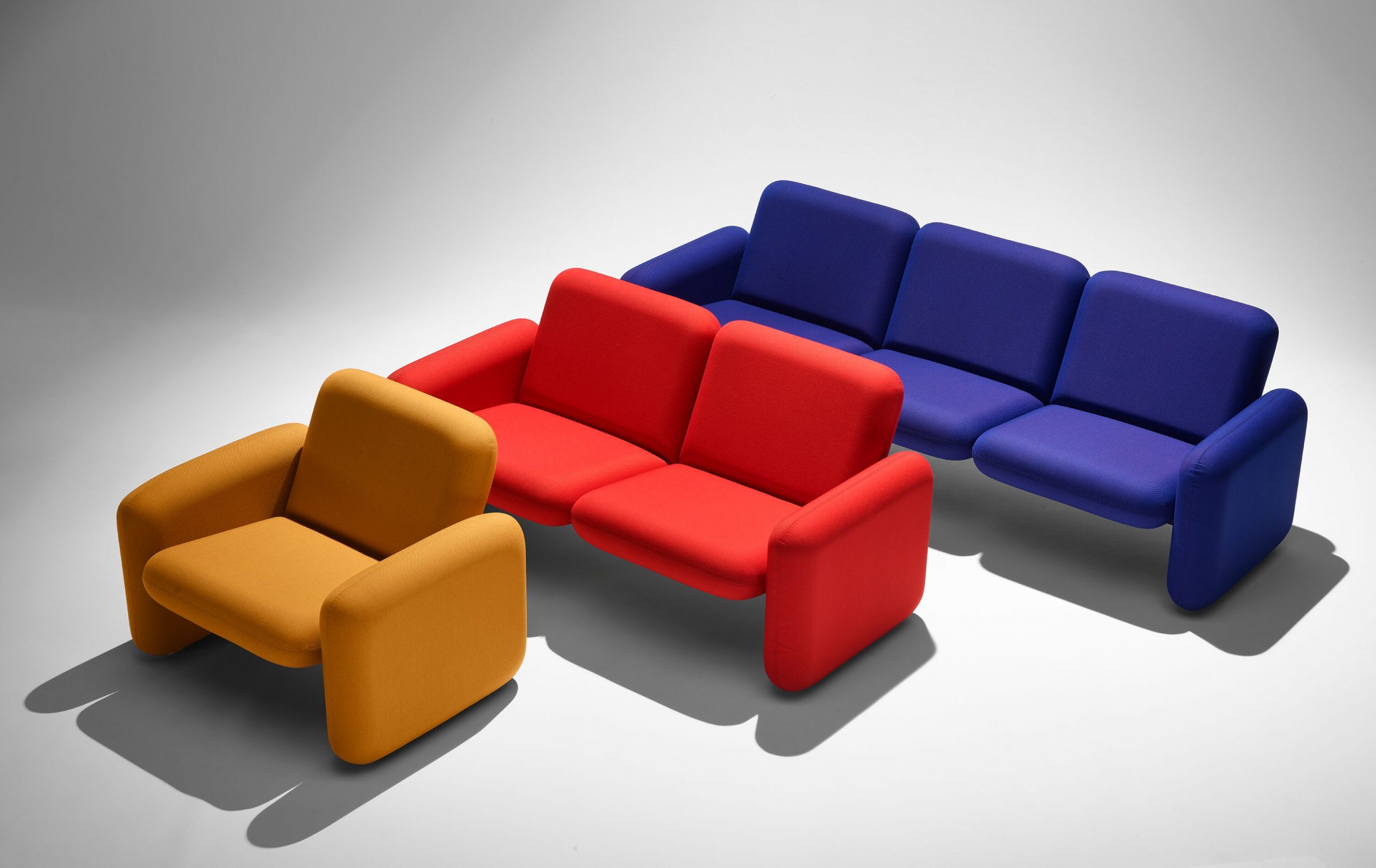 Herman Miller has rereleased its iconic postmodern Chiclet lounge seating with “power and material options” designed for a new generation.

First introduced in 1976, the piece, which reminded people of the famous Chiclet gum, was originally created by British industrial designer Ray Wilkes for office building lobbies.

In the decades since, it has become a sought-after collectable, with originals commanding top dollar in vintage stores and inspiring the hashtag #raywilkes.

Wilkes joined Herman Miller following a stint at George Nelson’s New York studio. Soon after landing at the Michigan furniture company, he started experimenting with a machine for injecting foam into a mould.

The distinctive rounded cushions of his Modular Sofa Group were only possible to upholster with Herman Miller’s two-way-stretch fabrics, which seamed around the edge of the cushion.

“The technology made Chiclet possible,” said Wilkes of the sofa at the time. “It hadn’t been done before. Logically, it’s all simple and straightforward. [While] the design is so basic, it’s timeless.”

The 1970s original stood out not just for its shape, but also for its modular system, which was a hallmark of Herman Miller.

The sofa also exemplified the company’s long track record of material and furniture innovation, which could be traced all the way back to Gilbert Rohde, the inventor of the sectional sofa.

Driven by his love of simplicity and minimalism, Wilkes would go on to design other iconic ’70s pieces for the furniture company including the Soft Seating – a collection of upholstered chairs that expressed “a generous scale [and a] soft surface concept indicative of supreme comfort”.

Today, the concept of comfort in the workplace is perhaps even more relevant than it was in Wilkes’s day.

After months of working from home, people crave a return to the office, but they aren’t craving the dull, uncomfortable furniture that comes with it.

With its playful and eye catching design, the updated Wilkes Modular Sofa Group brings a slice of residential living to a commercial setting with an upholstery selection that goes full postmodern with bright solids or more understated and unexpected with textiles from Maharam.

Wooden side tables and power modules can be integrated into the system, which comes in a range of configurations, from a single chair to a six-seat sofa.

When it comes to comfort, the Wilkes Modular Sofa Group takes advantages of Herman Miller’s extensive research into ergonomics in the workplace.

The 105-degree angle of its seat and back are designed for reclining, while the steel brackets that join them have enough give that each back section can flex independently, providing a surprising level of individual comfort.

And the rounded-edge cushions themselves? They’re designed to never ‘puddle’ or lose their shape.

An ode to Herman Miller’s most memorable foray into postmodern furniture, the updated Wilkes Modular Sofa Group is an inviting, versatile and ceaselessly cheerful addition to any workplace.

Take a closer look at the Wilkes Modular Sofa Group and find out more about its designer Ray Wilkes and the inspiration his Chiclet-shaped cushions.