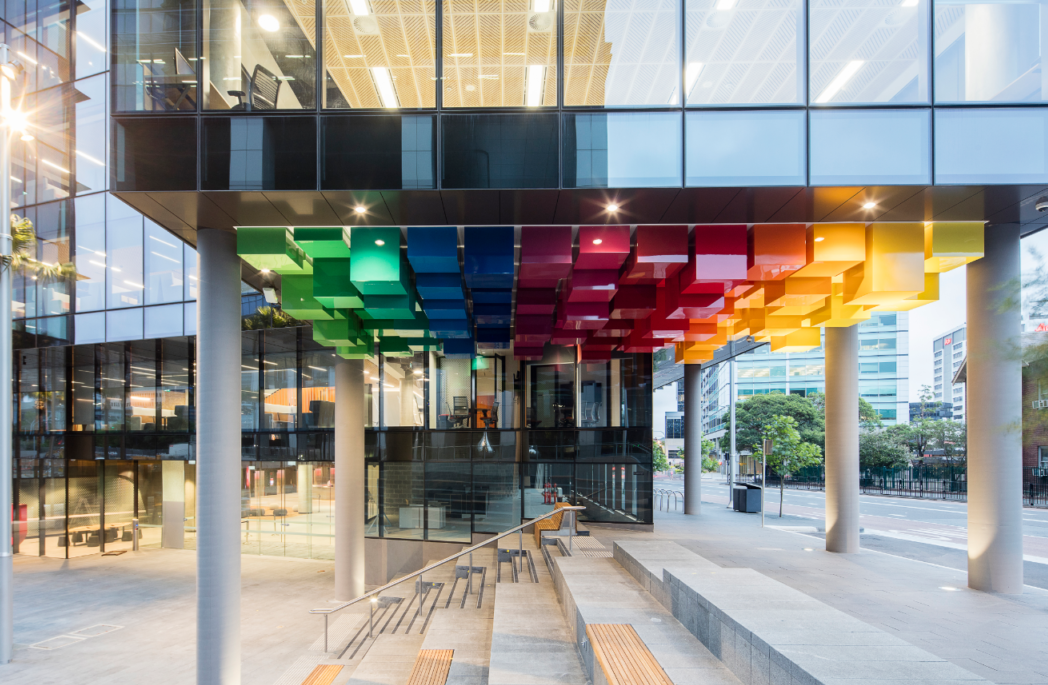 Western Sydney University has unveiled its $220.5 million flagship campus in the Parramatta CBD – a 14-storey building which is the first of its campuses to be embedded in the heart of a major CBD.

A true 21st century university campus, the building, designed by Architectus with interiors by Woods Bagot, dispenses with traditional lecture theatres and encourages innovation, interaction and discovery through the use of smaller, informal learning spaces such as group study rooms with screen sharing and video conferencing, and collaborative learning studios, spread across six floors of the building. 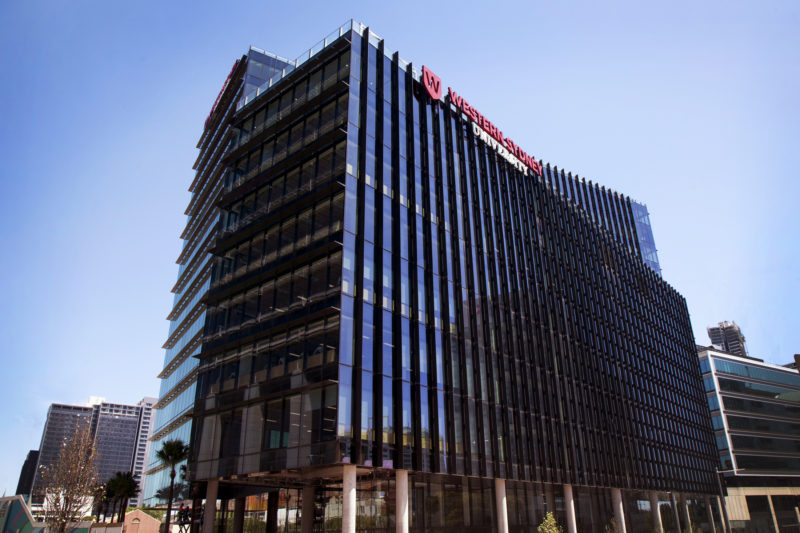 These highly-interactive, digitally-infused studios promote the ‘flipped classroom’ model of group-based learning, and include an extensive range of features such as writable walls and computers on wheels, through to high-tech cameras and interactive touch screens to allow students to share and compare work around the classroom – all powered by high-speed wi-fi throughout the building. 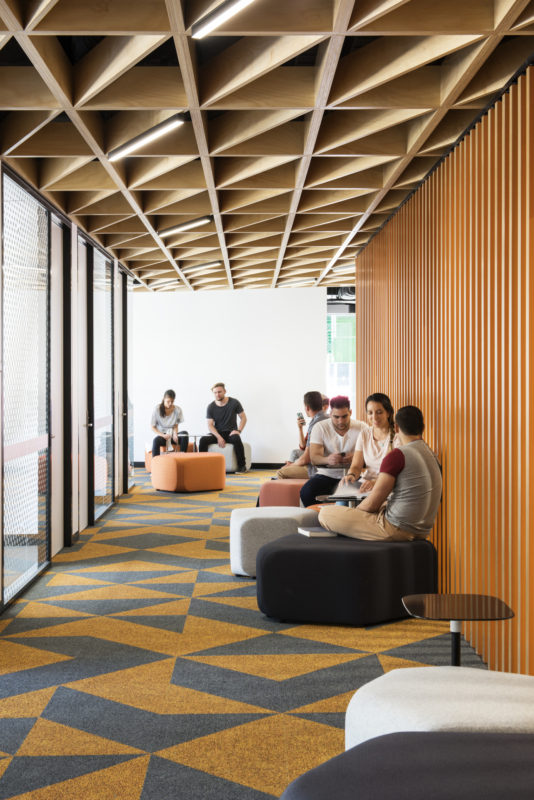 More than 550 digital screens and information panels are located throughout the campus, including a 7.5 metre x 1.5 metre curved LED information display which forms the centrepiece of the building’s lobby and can be viewed from any vantage point. 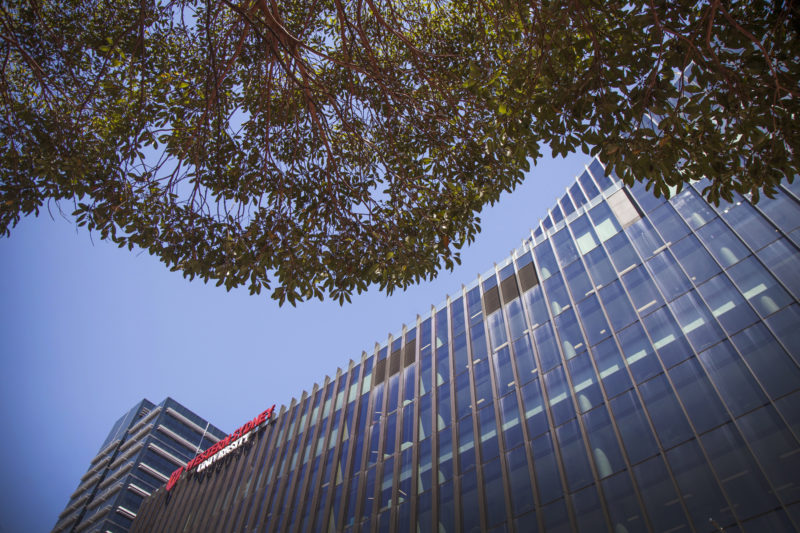 The campus will also include a digital wayfinding system, ‘Campus Navigator’, which, via touch screens, puts information at students’ fingertips, providing them with real-time updates on everything from their classroom timetable and available PCs, to weather forecasts and the next bus, train or ferry arrival. 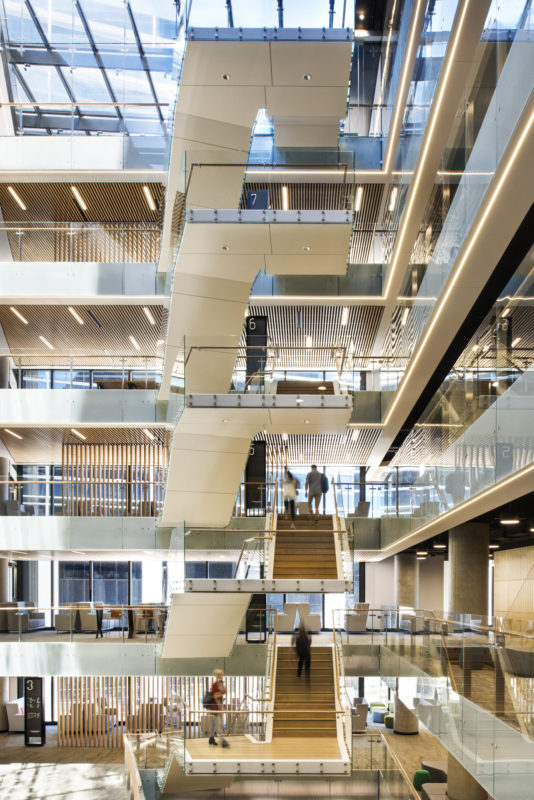 The campus, which is home to 10,000 undergraduate and postgraduate students from the University’s School of Business and other discipline areas, is one of the most technologically advanced teaching and research spaces developed in Australia and across the world.

The Parramatta City campus marks the completion of the first phase of the $2 billion Parramatta Square redevelopment – the largest urban renewal project in Australia. 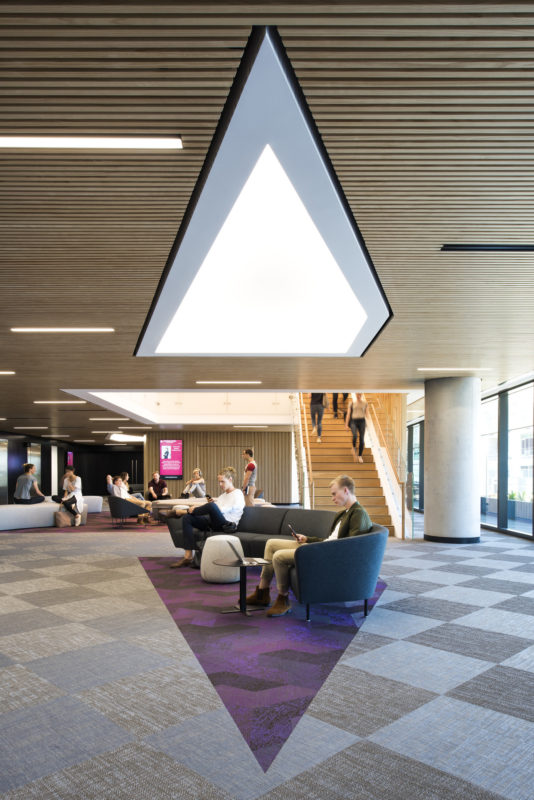 City of Parramatta council administrator Amanda Chadwick says having a major university campus in the heart of the CBD will be transformational for Parramatta. “The opening of the Western Sydney University building marks a major milestone for the Parramatta Square project, which will provide a vibrant, activated CBD core with quality commercial, educational, residential and recreational offerings,” she says.

Read more about the rise in vertical schools here.