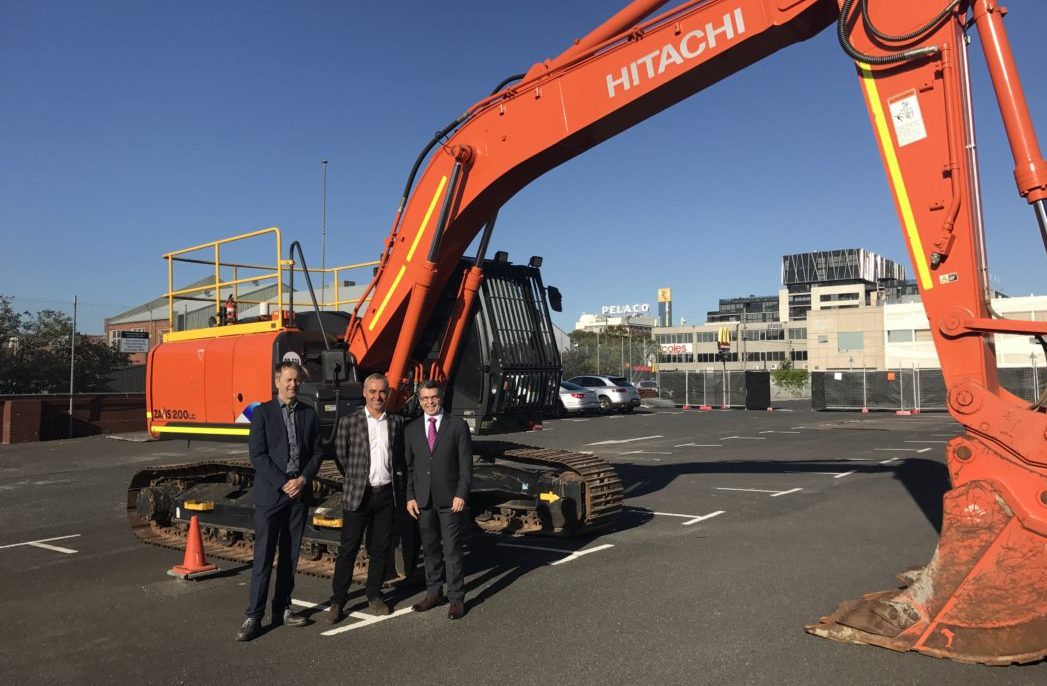 The facility will cater for 650 students and will be built over two sites – one, a multi-purpose facility at 16 Gleadell Street, and the other an academic precinct at 280 Highett Street.

Currently planned to be four storeys tall, the Highett Street building is on the smaller of the two sites and homes the school’s academic building. “It’s a compact site so it was important to design a building that preserves as much of the outdoor area as possible… We have preserved around 60 percent of the site, so we have high utilisation of the space,” says David Tweedie, director at Hayball. 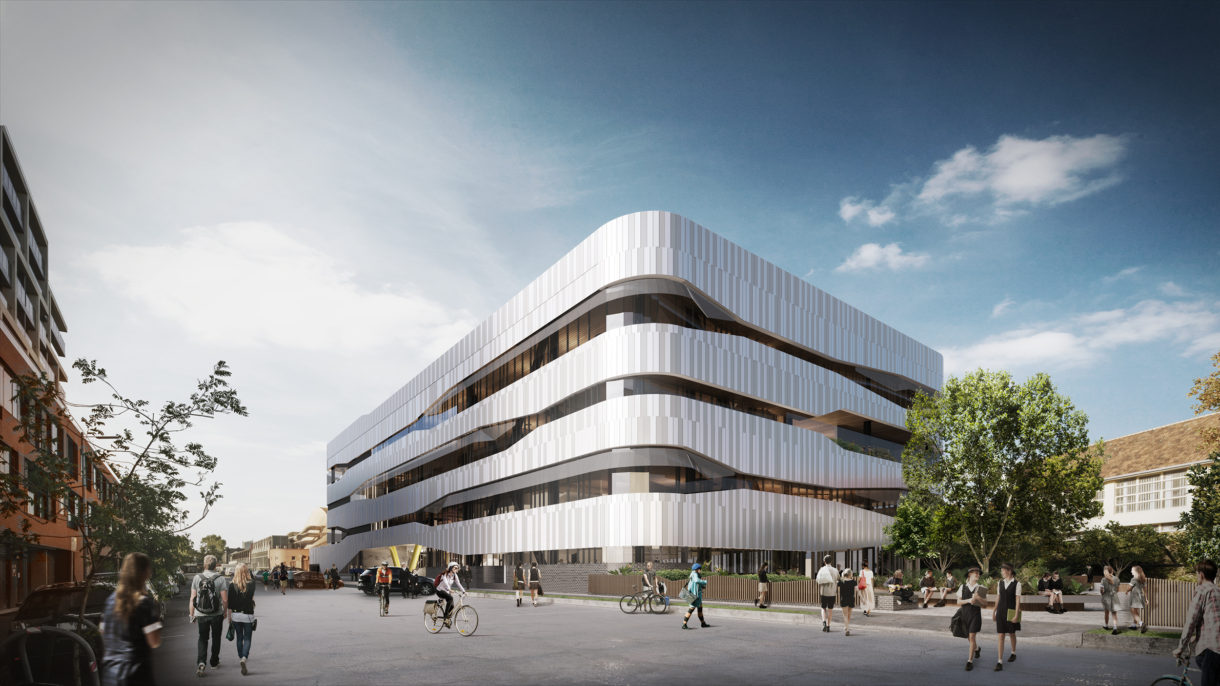 “The ground plane has been considered as a giant learning landscape and the facilities on that level are really community oriented. The library, for example, breaks out into indoor/outdoor spaces, as do the arts and drama spaces, allowing for bigger performances, and there are places for the sharing of food – both indoor and outdoor cooking. Food is seen as at the heart of making connections, so that was important to include.

“The things we have located on the ground plane make it really welcoming and position it as a school as opposed to any sort of commercial building,” he says.

In a further effort at transparency and community blending, Richmond High School’s upper levels are visible to the outside and there is an external learning area that’s very visible to the north. Visibility into other learning environments is also being promoted, where it’s practical. 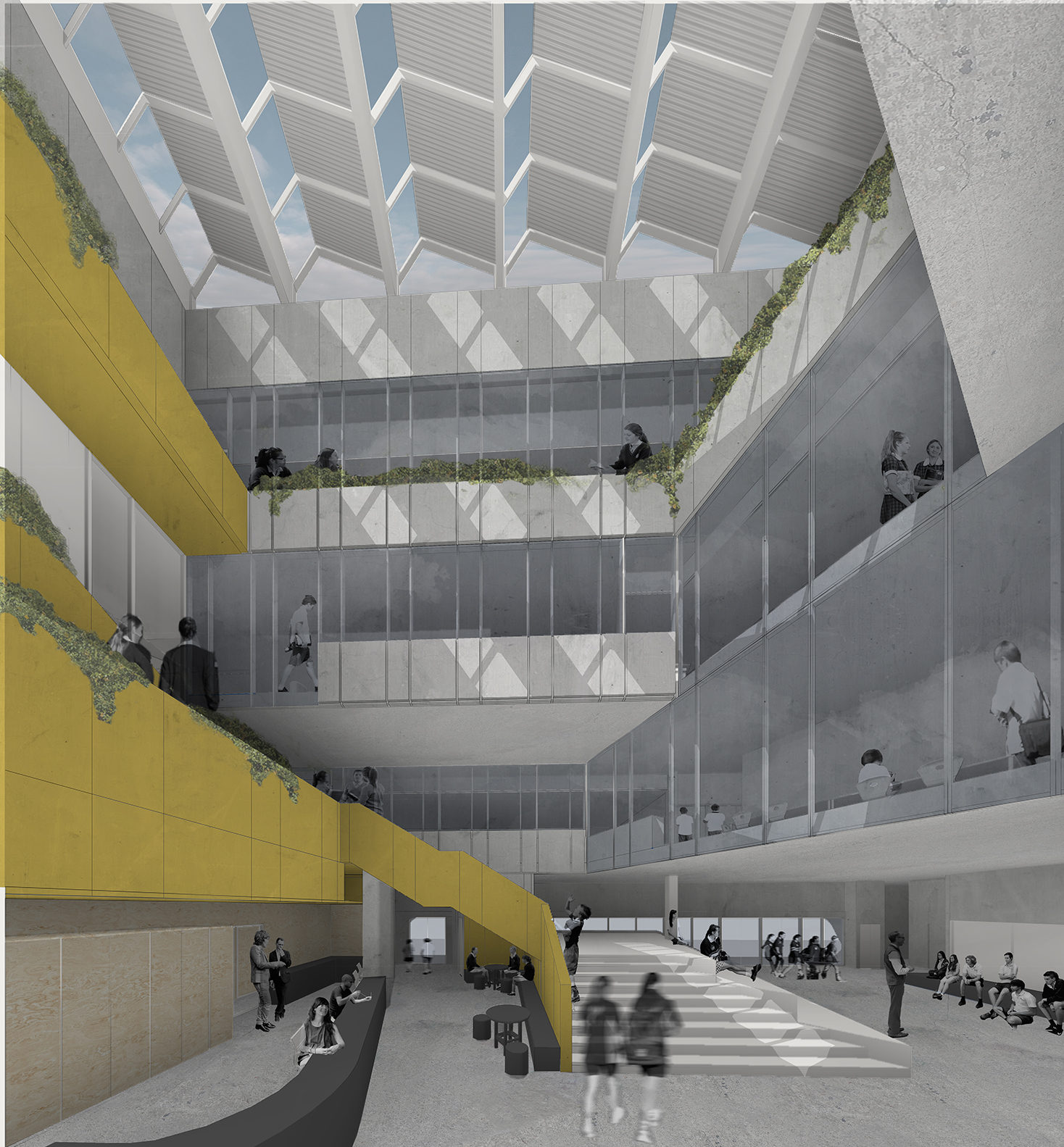 The school’s vertical academic precinct has been designed as an atrium building and is “fairly compact with a deep-ish plan,” says Tweedie, “so we really wanted it to feel like one singular environment, an interconnected, single place, not a series of wings that you may experience on other sites. The atrium is the core to that – and the atrium is my favourite part of the design. It really makes you feel like you’re in one environment and I think for the students, it will help them feel an ownership of the space.”

“Every space is a learning space; we have no corridors. There are spaces that you use to move between spaces, but you can use them in other ways as well.”

The second building, on Gleadell Street, is on an L-shaped site situated opposite the Richmond Recreation Centre. Located there will be the school’s eight-metre high multi-purpose facility, which is focused on sporting use and contains an indoor gym, three netball courts and multi-purpose rooms. 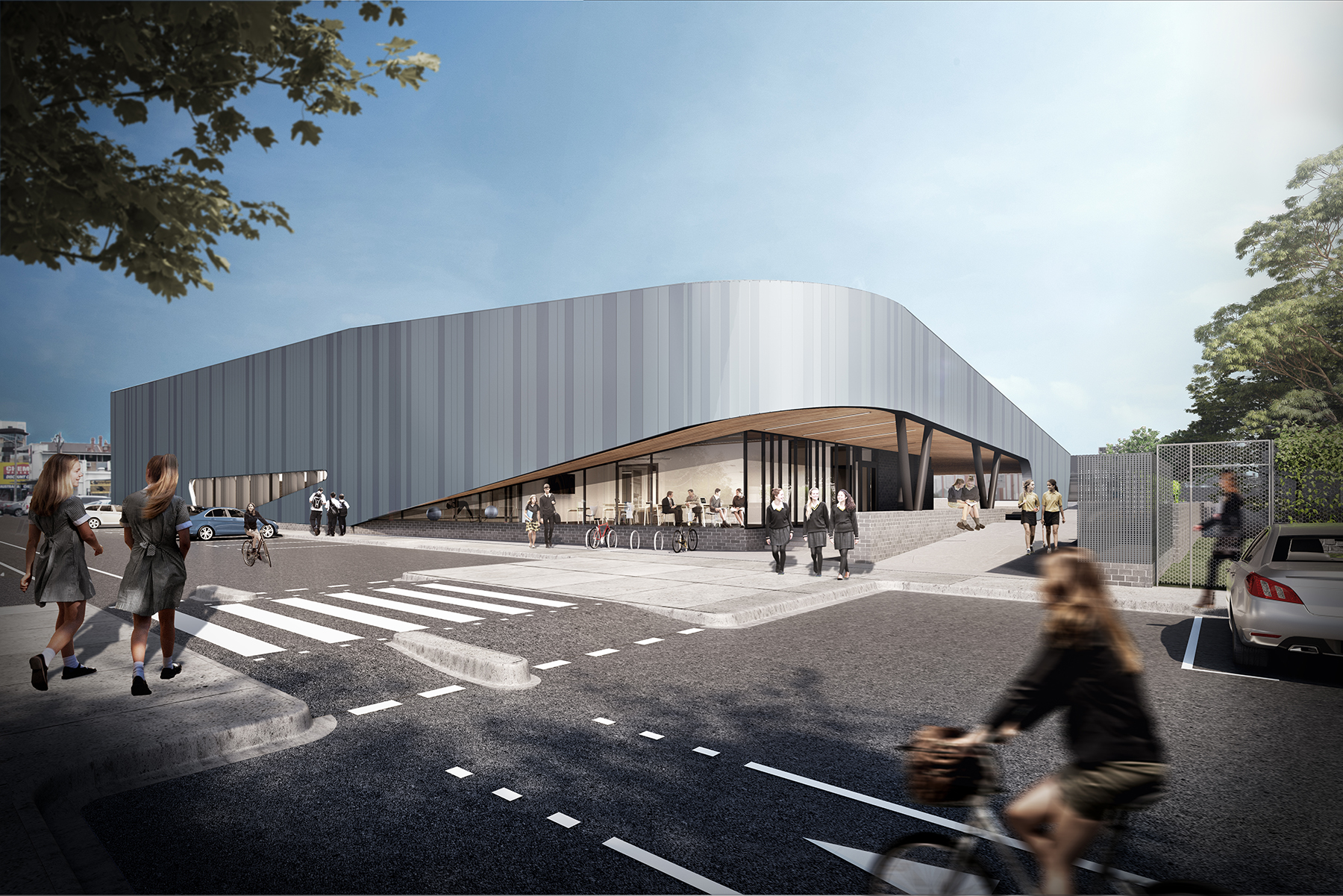 Tweedie explains that interconnection, equity, inclusion and putting learners at the centre were themes very much promoted in the brief. Throughout Richmond High School are central meeting spaces, which will have multiple uses, while ideally, the school will utilise outside assets as well, such as the nearby town hall. This works to integrate the school so to be very much a part of its surrounds. “We want it to offer its assets to the community, but also draw on the community’s assets as well, for the complete life of the students,” says Tweedie.

Of course, then, the school offers something back. Some of its external spaces are specifically designed to be suitable for exhibitions, food trucks, pop-ups, events and the like, available for use by the greater school community. “The facility is considered to have a much longer opening life than your traditional 9-3.30; these events can be happening after school hours,” Tweedie says.

“Schools in the inner city really need to offer themselves to the community and then benefit from the community assets. These are the challenges of a densifying city. Schools are already underused facilities, in terms of their total potential – think about a 16-hour day environment versus the traditional 9-3:30, and what an asset that could be to the community.”

The Richmond High School gym facility is scheduled to be finished this year and will be occupied next year by the first charge of students. “It will have two lives, initially fitted out as a learning environment for that first lot of students, but then it will later be converted into a gym once the other [academic] building is completed,” Tweedie explains.

Construction of the academic building will start mid-year and will be completed for term one, 2018.

Multi-storey schools on the rise