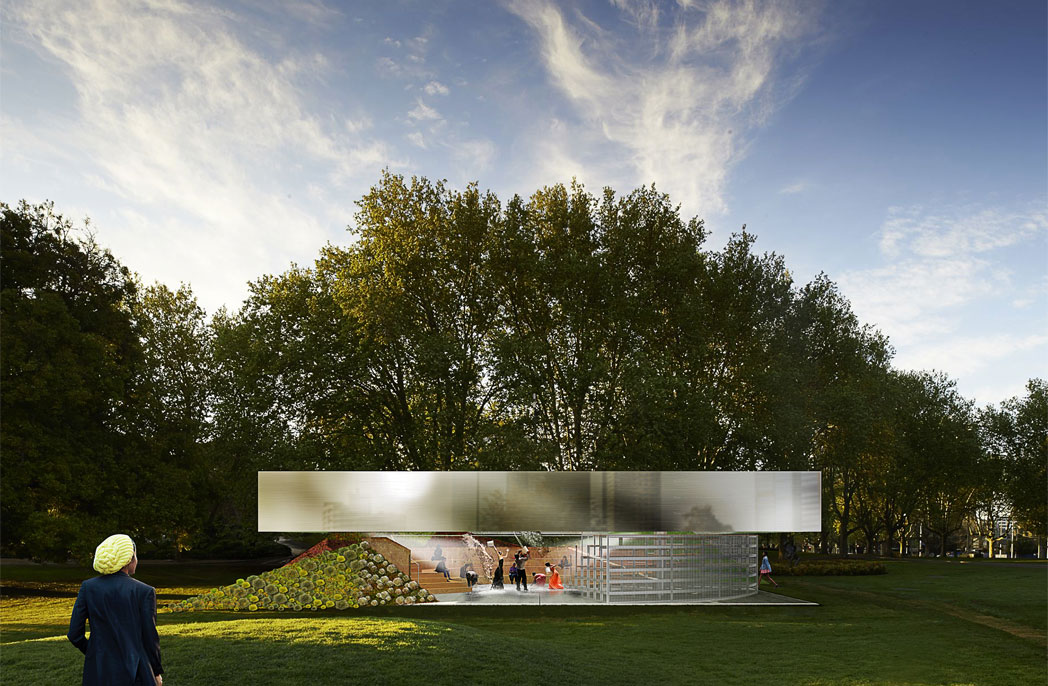 The recently released MPavilion program has undergone an evolution of sorts. Now in its fourth year, the 2017/18 showcase has taken some cues from this year’s architects, Rem Koolhaas and David Gianotten of OMA. The moveable, amphitheatre-style space blurs the line between inside and outside, performer and watcher.

MPavilion will open to the public from 3 October 2017 and the four-month program will see the return of many popular events, along with some new additions.

One of the major new components is a regional program, which will be implemented in collaboration with Shepparton Art Museum and Geelong Gallery.

In addition, the space will be made available for the first time as a rehearsal space for musicians, which falls into the MMusic category. To help bring it to reality, Bakehouse Studios has come on board to facilitate a series of secret gigs and rehearsal-style shows. When speaking of this new collaboration, Quincy McLean of Bakehouse says, “Bands will be rehearsing in the space, which is a very different perspective than at a gig. There are a lot of unknowns, you may get a band really ripping apart a song and playing it for three hours. From a creative perspective, that’s not something you normally get to witness.” When discussing the evolution of the partnership, Sam Redston explains that, “This was never really possible before, the design and the amphitheatre design for this year’s pavilion lends itself to this scenario to play out.”

Shaking things up again, MPavilion has curated an open call for ideas and proposals with some of the highlights including a workshop to be hosted by Lucinda Hartley of CoDesign Studio.

When commenting on the program, Naomi Milgrom AO of the Naomi Milgrom Foundation says, “True to this year’s design, MPavilion 2017’s program will encourage the space to be used as a forum for debate, a stage for improvisation and a theatre of ideas. It’s been inspiring for MPavilion’s programming team to collaborate with Rem Koolhaas and David Gianotten in bringing their pavilion design to life through this year’s program of events. MPavilion 2017 has opened up in new ways through our inaugural public call for proposals and our new regional program, both inspired by the cross-pollinated creativity and research interests of OMA. I can’t wait to see it all unfold.”

See the design of this year’s MPavilion by OMA.