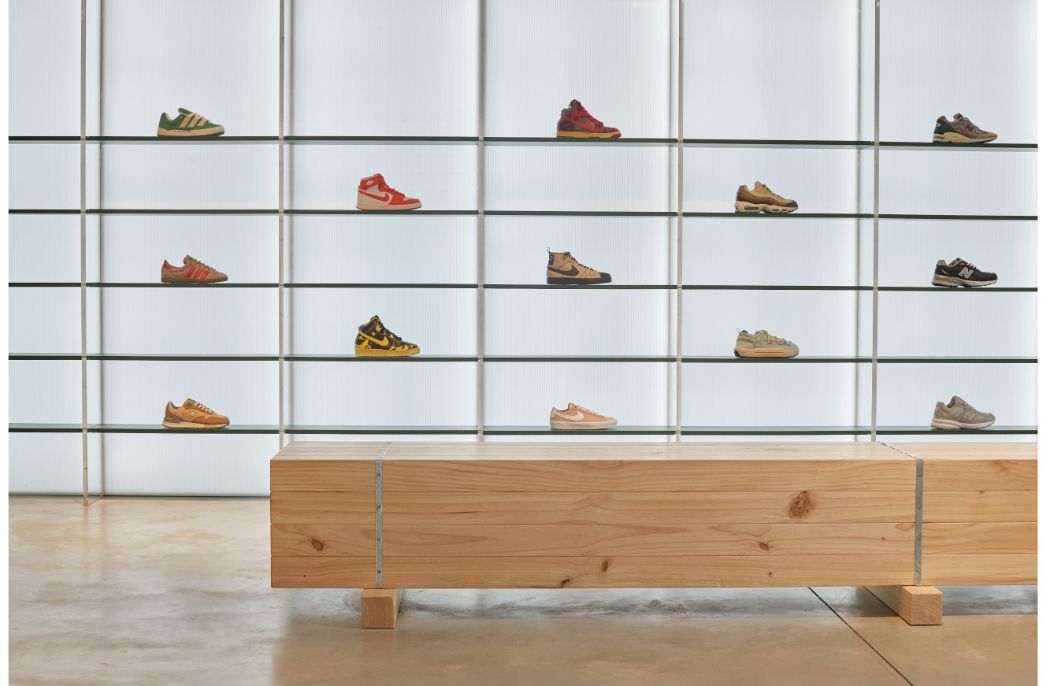 Back in 2021, while the doors of many Sydney fashion retailers remained close, Above the Clouds directors Dimitri Calligeros and John Paul Wager were conceptualising a somewhat unconventional COVID response.

Above the Clouds is a testament to this sensory approach. Specialists in retail projects, Pattern sought to translate the brand’s charm while never conforming to one style or genre.

“Their diverse product offering coupled with inclusive brand messaging and a warm service style attracts customers from a broad range of backgrounds, age groups, and income brackets,” says Pattern of Above the Clouds.

“While the design of the space needed to speak to the brand’s growing confidence and sophistication, and ensure that it houses new and more high-end collections in a suitably stylish setting, it was imperative the new fit-out not intimidate or alienate any of their loyal customer base.”

To achieve this, Pattern decided to interpret Above the Clouds as a spatial experience.

The end result is an exploration of dualities, which sees seemingly disparate concepts and ideas co-existing and engaging harmoniously.

The polished and relaxed feel was fostered by combining rudimentary details and ultra-slick accents, which are juxtaposed by a hyper-industrial material palette.

Pattern says the store’s “pièce de résistance” is the Sneaker Wall, conceived in honour of sneaker culture and its almost ‘religious’ devotion.

“The immense wall spans eight metres and glows softly, showcasing the product with serene elegance. It is a move that, experientially, feels more akin to a gallery or, dare we say, a temple than traditional retail,” explains Pattern.

“The expansive and other-worldly shoe wall seeks to win the affection of even the most devout sneaker aficionados.”

The popularity of Above the Clouds is indicative of brands that eschew rigid categorisation and limiting, inflexible labels.

Pattern has created a store that represents a new generation of retailers who value an inclusive and demure consumer experience.

Splitting its time between Bondi Beach and Byron Bay, Pattern Studio is a studio led by Lily Goodwin and Josh Cain. In February, ADR covered the newly opened Adytum designed by Pattern Studio using beige tones and bricks throughout.