Home • Architecture • What are the benefits of belonging to an architectural body? 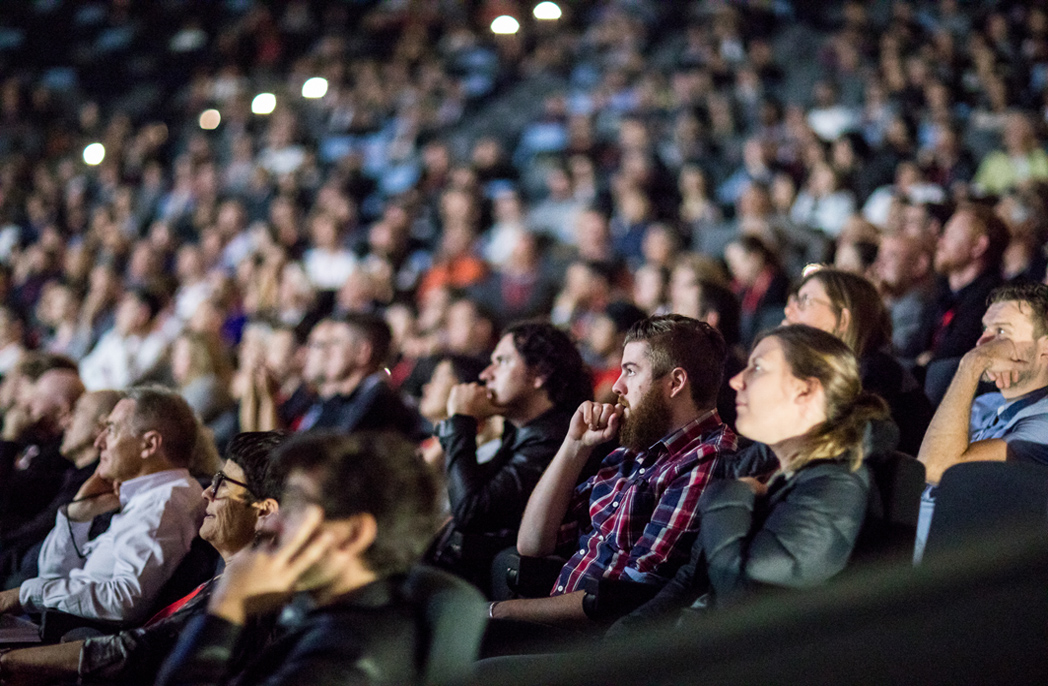 AR speaks to members and the leaders of three distinct, national organisations that all provide professional support to Australian architects – the Australian Institute of Architects, Architeam and the Association of Consulting Architects – to find out what they offer and their future plans.

The Australian Institute of Architects (AIA), which was previously known as the Royal Australian Institute of Architects, has considered itself ‘the voice of the architecture profession’ since its founding in each state in the 19th century. [The Institute was federated in 1930]. “I see the Institute as a legacy organisation,” says Richard Kirk, who has been the AIA’s national president since May 2017. “And being multigenerational, we don’t just think in terms of the next election cycle.”

The AIA’s role has expanded over time, so members now enjoy diverse benefits, including access to practical resources, such as practice notes, the Australian Standards, eligibility for entry in the AIA Awards, and discounted CPD and networking events. But, arguably, its most significant function is to advocate and campaign on issues that are critical to the profession. “Recently, members recognised that the Institute needed to make some substantive changes to its governance structure to move with the times,” says Kirk. “And ensure this aligned with the organisational vision.”

So, with member support, new governance and board structures were introduced in the last couple of years, and a 2018-20 Strategic Plan developed. The aim is to make the organisation more agile, transparent and better able to realise its long-term goals. Three out of eight board members are now experts in law, accounting and governance. “They help us make good decisions,” says Kirk.

This also allows member representatives to focus on strategy. The Strategic Plan and its three pillars – advocacy, education and supporting practice – were formulated after extensive engagement with members.

“The Awards, for instance, [do and will] play an advocacy role by promoting design excellence,” says Kirk. “They also educate by informing about the profession’s role in the community.” It is also understood that the event needs to become more relevant to the general public. What else is on the horizon? “As a young architect I received perhaps 10 newsletters a year with my [AIA] membership,” says Kirk.

“But today there are many more media platforms to communicate one’s work on. It comes down to whether the engagement is appropriate.”

With this knowledge, the Institute’s biggest project for 2018 will be its digital transformation program, entailing a large investment in digital and customer relationship management (CRM) tools, a ‘knowledge centre’ and website overhaul. In time, the Institute, which currently has 650 members outside Australia, also intends to expand and refine its international engagement.

Despite so much fundamental change, some things remain the same, according to Kirk. “The members are basically [still] the engine room of the organisation. In my time as president, I have been struck by how collegiate and generous they are with their time.”

“Our role within the Australian architecture community is to assist small, medium and emerging practices by offering events and activities like the annual awards program, CPD and a tailored group insurance policy,” says La Gerche Wijsma.

ArchiTeam’s uncomplicated and affordable group insurance product is a strong drawcard for members. It provides public and professional liability coverage that is appropriately scaled for most small practices, and involves a streamlined application process and competitive, one-off fee.

“About half of ArchiTeam’s members are only interested in the $5 million [the maximum, single professional indemnity claim, which allows a $25 million aggregate] insurance coverage,” says cooperative and ex-board member, Peter Hogg.

“And move on if they get to the stage where they need $10 million.” The cooperative is democratically run by and for members, who are all encouraged to actively participate in shaping the organisation. “The other [membership] half is very involved. I have learned that you get out what you put in,” says La Gerche Wijsma.

ArchiTeam’s board designs its events, resources and activities cognisant of the fact that the practitioners they support are mostly time-poor. While ArchiTeam’s model and offerings differ from those of the AIA and ACA, its board’s attitude is that the three organisations share some members and their missions revolve around supporting Australian architects, so they can and do coexist happily.

“We aim to build great relationships with some of our affiliates and, where possible, co-run events, such as The Naked Architect Workshops with Open House Melbourne and the Architects Registration Board of Victoria,” says La Gerche Wijsma. She also acknowledges the myriad national and state-based groups and organisations – including but not limited to Open House, the Architect Registration boards around the country, Parlour, Architects for Peace, the Robin Boyd Foundation and MPavilion – that are all important contributors and sometimes collaborators to the architecture support network.

The cooperative’s membership base grew substantially to more than 600 over the last couple of years, largely due to ArchiTeam’s expansion beyond Victoria and into other states, as well as growing awareness of the important role small practice plays in the Australian design industry. This growth has brought more financial and human resources and enabled an expansion and diversification of offerings.

In 2017, this manifested as a vibrant, inaugural conference titled ‘Small Practice in Community’, a bolstered CPD calendar and the cooperative’s biggest architectural awards program to date. The next phase will see ArchiTeam continue to grow and shed its home-based identity, while retaining its cooperative structure and spirit.

The Association of Consulting Architects (ACA)

Australia The Association of Consulting Architects (ACA) was founded in 1987 as an employer group for architectural practices in Australia. It is the industrial relations peak body authorised to represent the interests of architectural practices at the Fair Work Commission. The ACA has a practice-based membership model that targets employers rather than offering individual memberships.

This means its stakeholders are typically the owners, directors, practice managers and studio leaders of member practices. For 25 years it successfully carried out its IR (industrial relations) role – appearing before the Australian Industrial Relations Commission and Fair Work Australia and delivering a number of significant milestones, such as the Technical Services – Architects – Award 2000, and the revised modern award, Architects Award 2010. It then became clear that ACA needed to decide whether to pare back or expand and enhance its core business and structure.

So in 2011, after extensive member surveys and committee input, the National Executive Committee decided it would embrace the second option. ACA’s reinvention was mapped in its 2012-2017 Strategic Plan, and revolved around supporting architectural practices in Australia to conduct the ‘business of architecture’ in ethical, sustainable and lawful ways, while producing excellent design.

The next five years saw membership growth, member-focused tools and resources delivered via the ACA website, the federation of state offices, and continued advocacy for better business and practice legislation across the country. “Central to our strategic plan was the requirement that our work places the members at the centre of our decision-making,” says ACA national president, Kieran Wong. “And to ensure ACA state branches retain autonomy, both financially and operationally.”

The ACA advises its members about a wide range of business issues – such as employment agreements, awards, redundancy, work health and safety, contracts and agreements and professional standards – which affect the way practices are run. The Association has developed a wide range of free and subsidised tools, templates and resources for its members’ direct benefit, while enhancing national ACA functions through dedicated webinars, sponsorship, projects and communications staff, says Wong.

“Recently there were changes to overtime and time in lieu provisions, for example, which have a big impact,” he explains. So ACA hosted round table discussions and provided detailed, up-to-date and accessible information on these changes. “In the sense that our tools, resources, events and advocacy are all focused on the business of architecture,” he says, “we are complementary to the AIA, the primary focus of which is on advocacy for the broader profession.

“Our next phase of growth is to consolidate the strong gains we have made over the last five years,” adds Wong. “We plan to invest in our digital offerings to members, including better business notes, resources and tools, and the CPD program. Critically, this will respond directly to membership demand, and be tailored to suit each local branch and market.” And because all ACA branches have steadily experienced membership and cash growth over the past five years, they are well- positioned to respond quickly to local issues and reinvest in ACA offerings into the future.

What the members think

On ACA: Members have access to tools they can immediately use, particularly the fee calculator, which gives cost estimates based on national research and practice data. This is not something you are taught as a student. The tool gives peace of mind.

On AIA: The Institute is the profession’s main advocate; i.e. with government, so it is important to support it, even though its benefits can sometimes be less tangible for smaller practices.

On ArchiTeam: While there are some older members, many are on the younger side, probably because of the culture, resources and savings. Other benefits include more affordable agreement templates and the co-op concept and vibrant culture.

On AIA: AIA is a necessary complement to the ArchiTeam membership. For a sole practitioner, its main benefit is the access to the Australian Standards, which are essential for compliant architectural practice and otherwise expensive to purchase.

On ArchiTeam: With ArchiTeam’s expansion beyond Victoria, it is no longer the home-based organisation it was for so long, so it will be interesting to see how that goes. Benefits include CPD and networking activities and an affordable alternative insurance product.

On AIA: The Institute’s bread and butter is the big firms and its [National Architecture] Awards focus on big institutional buildings and high-end residential. It represents the employers, largely. And there’s a place for that. But that does not describe most architects. The Institute and ArchiTeam are on good terms and collaborate on important issues.

‘Are architects worth it?’ Groundbreaking Australian research finds answer