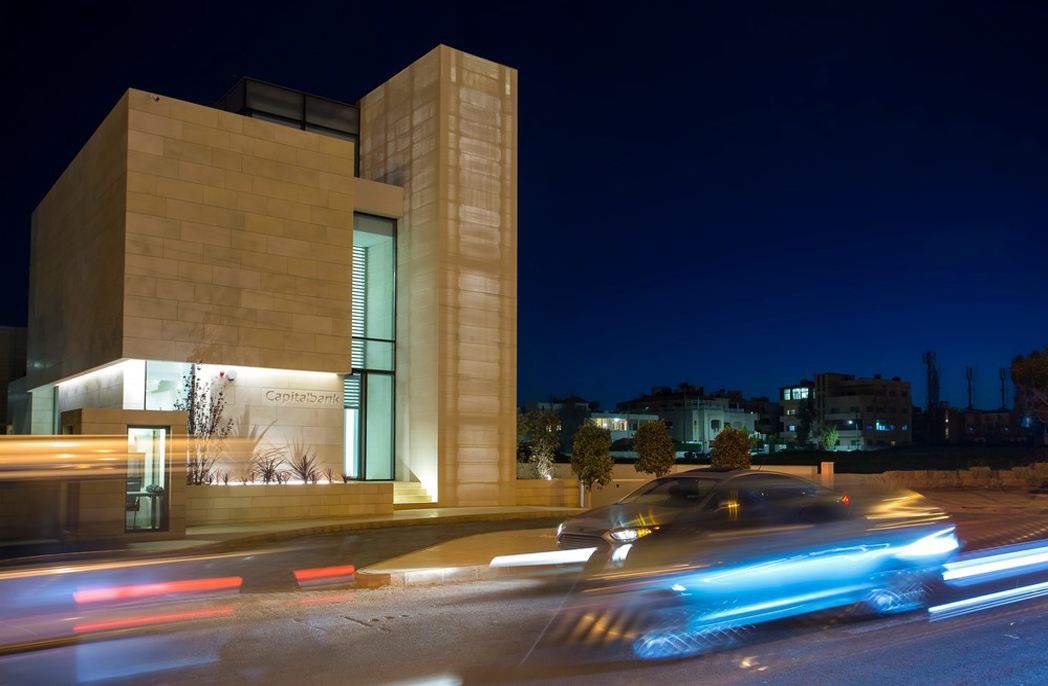 Translucent concrete forms the facade of the new Capital Bank building in Amman, Jordan, with the silhouettes of the people in the building projected through the panels like a shadow theatre.

The new Capital Bank VIP branch is located in an elegant residential area of the Jordanian capital Amman. Creating a ’boutique bank’ experience for VIP customers was the brief handed to Paradign Design House, explains founding partner Saja Nahashibi. “An exceptional atmosphere and inviting design should include nature as the basic theme”.

To play on this idea, Nahashibi and her team used light transmitting concrete, by Lucem, to create a dynamic but natural effect allowing for the projection of people’s silhouettes. Those inside the building experience the change of light and shadow during the day as the sunlight shines through the walls. 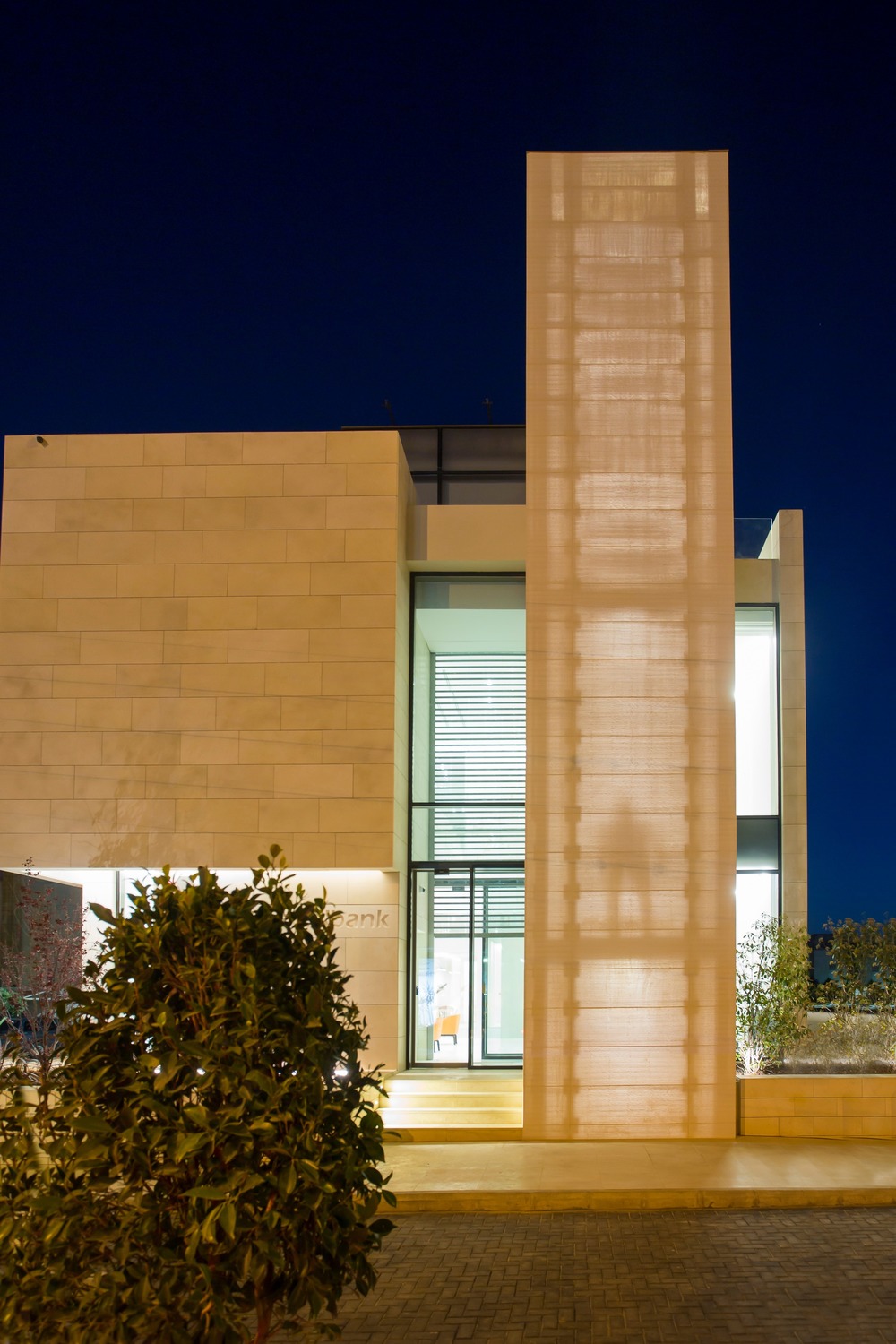 During the daytime, the main stairwell at the front of the building is illuminated by the daylight that falls through the light concrete walls. At twilight and at night, the stairwell is lit from the inside. As the light is transmitted through the walls, the embedded light-transmitting optical fibres transmit the light from one side to the other, making the stairwell appear translucent to the outside. The closer people walk along a wall, the more accentuated the shadow falls. 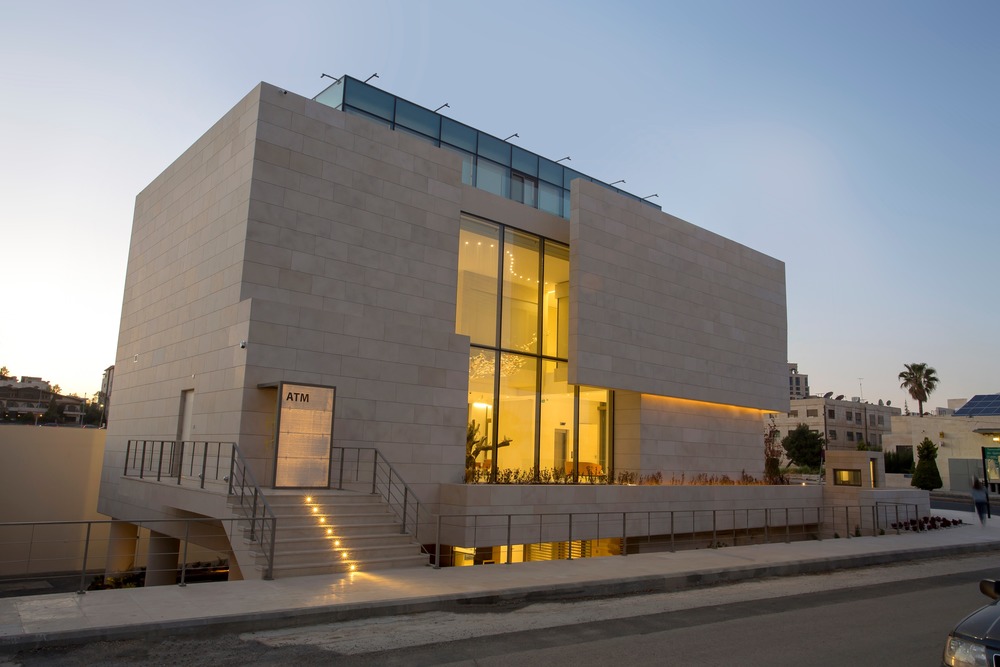 “The appearance of the building should be emphasised by the neighbouring buildings, but at the same time harmoniously integrated into the overall picture,” adds Nahashibi. “Thus, in line with the local stone architecture, the façade was clad in Taffouh stone. Only minimal openings in the façade protect the privacy of the neighbours as well as the bank employees and customers.”

To meet the ’boutique’ brief for the bank’s interior design, the traditional banking concept has been replaced by an approach that is individually tailored to the needs of VIP customers. To remove the usual queuing system, individual office “boxes” have been placed in the waiting area as well as in the lobby and reception areas. 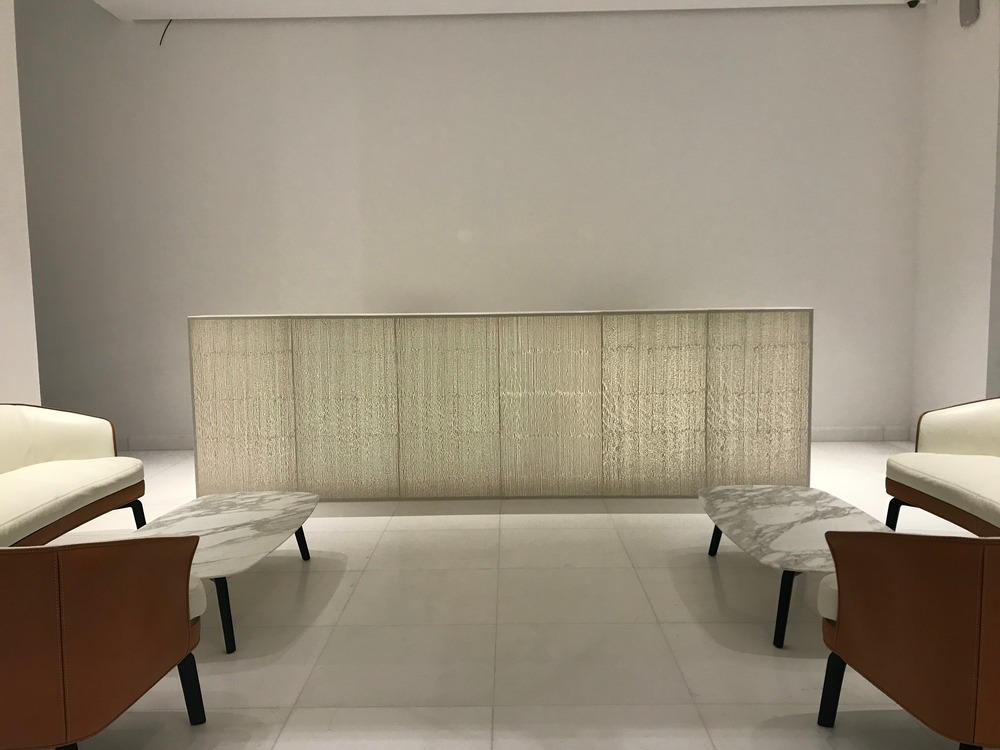 The theme of nature has been integrated into the interior design via an open-plan courtyard, which is inspired by the design of Japanese Zen gardens. A modern crystal chandelier fills the centre of the room almost to the ground, while a sculptural-looking olive tree forms the optical centre. 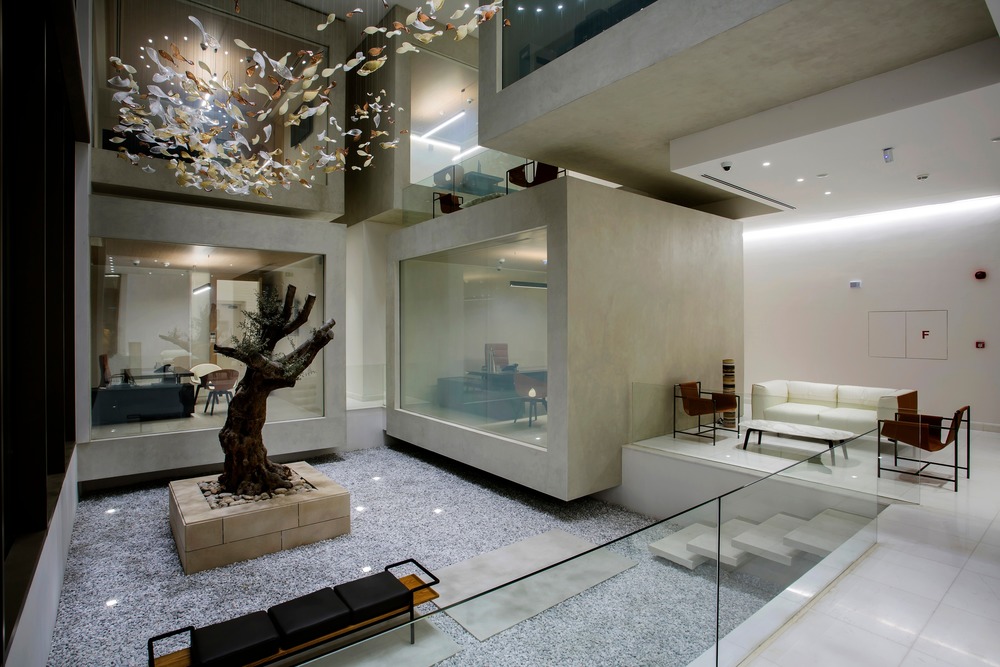 The offices, lobby areas, staircases and corridors around the courtyard benefit from glass walls and glass balustrades. In lobby and reception areas, the counters are also made of light concrete panels and the ATM areas inside and outside are designed with a backlit translucent concrete wall. 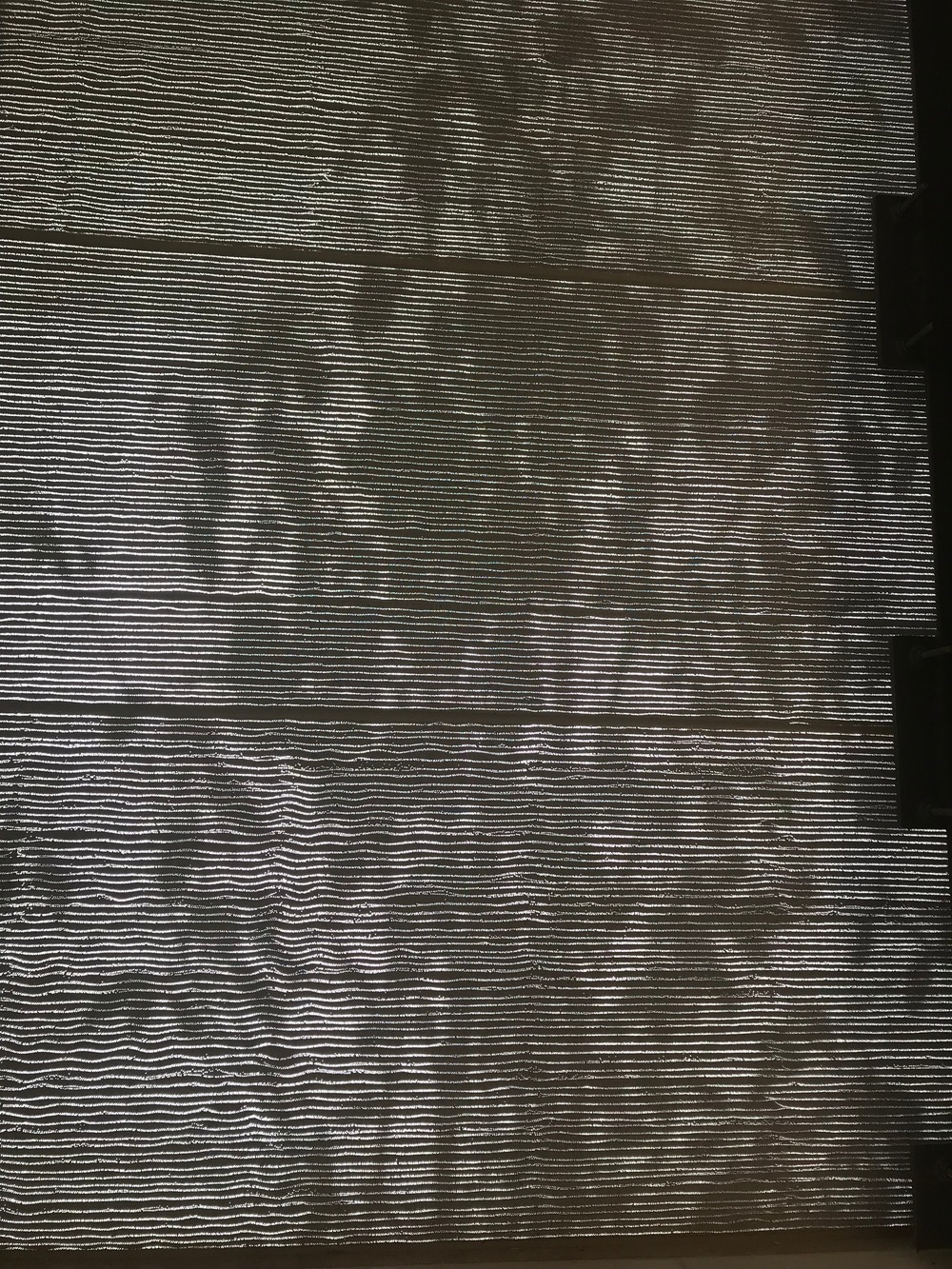