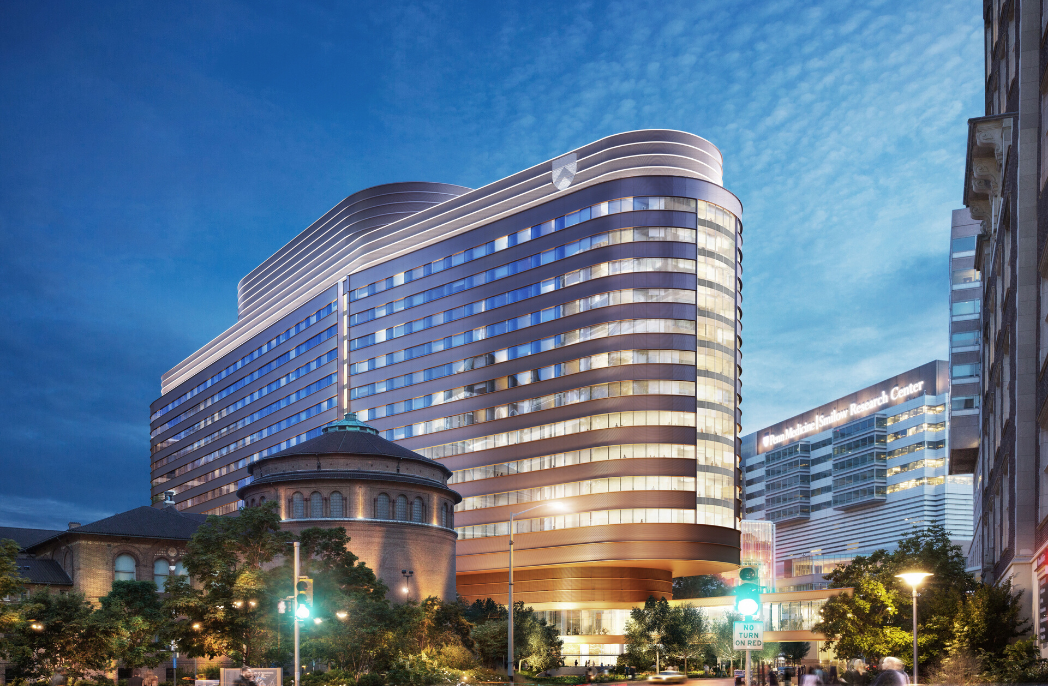 The tools of architectural design are evolving constantly, and the possibilities of computational design are only just being discovered.

Nothing will ever replace sketching with a pad and pencil, says Jeremy Graham, but as the next iteration after CAD (computer aided design) and three-dimensional modelling, computational design is another tool in the architect’s kit. The first mainstream computational design tool is generally considered to be Generative Components, which was introduced in 2003 and released commercially four years later.

But although the tool has been around for some time, it is possible to confuse it with CAD, because the latter also uses computations. There is a fundamental difference, however.

A good way of defining computational design is that it uses an algorithm or set of instructions to arrive at some design solution or output. Graham is both a registered architect and the computational design leader at HDR. “Say you wanted to generate a cube,” says Graham, “there’ll be a series of steps that you’d go through to create it. You may have a starting point, you may have an outline of the cube, like the base rectangle, and then you may extrude that rectangle to arrive at an end object.

“Computational design is essentially automating or setting up an algorithm that goes through all of those steps. All we really need to do is change the input and we can get a different output. The input may be the location of the cube and the algorithm would be used to generate the cube at that location.”

“You could think about it as a way of automating what we’re doing in CAD already.”

The above images show spatial analysis on HDR Offices.
Spatial analysis is used to understand how a future workplace may be used by looking at several metrics impacting workstation positions. For example, distance to amenities, access to daylight or density. These images show examples of this process, which uses computational design methods to run the analysis.

Graham’s journey into computational design began early in his career, when he took a job with AECOM in the UK, working on its tender for the Perth Stadium and became deeply involved in the world of stadium design. “If you think of a stadium, you’ve got 50,000 seats and a very geometric shape around the pitch. Computational design is used heavily to generate all the seating and associated structural geometry based on the initial input of a pitch type,” he says. When AECOM lost the Perth Stadium, Graham moved back to Australia to join COX, one of the winning firms in a team that also included Hassell and HKS. He has been with his current practice, HDR, since 2018. He says that in computational design, he has found his calling. “I admittedly was never good at sketching and the traditional way architecture has been done, it never really clicked with me,” he says. “But as soon as I found these different methods of architecture I fell in love with it. Ever since, I’m still learning today new ways of doing things and doing them very quickly.”

While it’s not completely new or able to do things that were previously impossible, computational design is particularly suited when it comes to designs that require architects to rationalise complex geometry. The work of Zaha Hadid, for example, is a perfect example of computational design in action. “It allows us to define complicated building forms,” says Graham. “I wouldn’t argue that it hasn’t been done before, because of course it has. But it allows us to do it a lot faster and a lot more easily.”

While the likes of Dynamo and Generative Components have their fans, the most popular visual scripting tool, says Graham, is Grasshopper, which comes with Rhino 3D as part of the package. “What that tool does is it abstracts away from the complexity of programming. You are not programming in instructions line by line, you’re using visual scripting to tie together a set of individual instructions to make up a whole.” At the next level, the architect using the tool would need to learn coding too. Graham has been learning a lot more about programming, to the extent that he has now moved on from the design side of the equation.

HDR is relatively new to Australia, with its 10,000-plus workforce mainly US-based, but it is growing fast and now has offices in Sydney, Brisbane and Melbourne. And it is very forward-thinking in this area, says Graham.

“I was hired to join the Data Driven Design Team,” he explains. “It is almost the next phase of computational designers.” Selected as the conduit from the US, he is leading the charge locally.

“We’re a group made up of architects, data scientists, data engineers and industrial engineers. What that means is we’re doing computational design, but we’re not just doing it for form finding. We’re using it to extract and use public and private data to help inform objective design decision-making. It’s using the similar computational workflows that have been done in the past, but really augmenting that with data.”

The Data Driven Design group worked closely with Macquarie University in NSW to develop a computationally driven data model for population and growth analysis.
This model allowed users to allocate spaces to volumes that store data about department space and area. As the model was updated, this data was updated through computations that allowed for analysis of design changes. This is shown in images MQU 01 and MQU 02, which is a model of the university and its buildings; the coloured spaces are the department spaces.
Genetic algorithms, or generative design, was built into the model, which allowed the user to allow the algorithm to test allocating spaces across the university campus. Images MQU 03 and MQU 04 show how the end result of the algorithm running enables the user to view how the algorithm has allocated different spaces to different buildings and choose which to use.

Graham’s work has a significant focus on education, because this is a sector with large amounts of data. In a project he worked on with Macquarie University last year, he utilised the organisation’s data on student numbers, growth rates, the sorts of spaces available and the demand for and utilisation of those spaces. “I took all that data and developed a tool for our planners to import it into a 3D model of the campus.”

The outcome is a future master plan that proposes how building typologies may be rearranged to meet the growing demands of student numbers. “Even though it sounds quite simple, it’s a different design tool than architects usually use,” says Graham. The key? “It allowed me to build in optimisation,” he explains.

“I developed the tool to use what we call genetic algorithms, which allow the machine to test and score a multitude of different iterations. What that’s allowed us to do is not use a machine to find out an ideal solution (because it wouldn’t be an ideal solution), but it allows us to look at a much larger landscape of design options.”

This heads into the area of generative design, which uses computational techniques to generate many different design options on the path to arrive at an optimal solution.

And this is the moment when traditionally inclined architects and designers can pause and breathe a sigh of relief that they are not about to be superseded by a machine anytime soon.

Graham stresses that computational and generative design can offer options, but pinpointing that absolute best solution is still perhaps beyond them. “Every design problem is different, but I think most of the time you still need the experience and the knowledge of an architect to really understand the human qualities of the design,” he says.

At conferences Graham is often faced with questions on this topic, from practitioners concerned about their future employment prospects. “I don’t see it that way at all,” he says. “It’s just the natural evolution of our work as architects, in the same way technology is changing every industry; however, it will continue to rely on human input to come up with the best solution and even that is subjective, whether it is the best or not.”

The two images above depict a project known as The Pavilion,  a new patient tower for the University of Pennsylvania Hospital in Philadelphia, PA. The project was designed by the PennFIRST integrated project delivery team (a collaboration of HDR, Foster+Partners, BR+A, L.F. Driscoll and Balfour Beatty). During the project, a data driven model was developed that used computational design to analyse design changes and allow for objective design decision-making.
PENN 01 shows an example of the travel analysis undertaken, demonstrating the impact of design on health worker travel times. PENN 02 shows the different options that were generated during the design process and analysed for cost impact. This data model stored all the cost data related to functional spaces. The model was used to quickly determine how a design change impacted the overall cost of the project by using computational design.

Graham believes the next step forward is the democratisation of computational design, utilising the same techniques as software development companies to develop bespoke systems that allow more access to the tools. “Many practices develop these scripts, but usually only one or two people have the knowledge to run them,” he says. “A lot of the work I do now is allowing more people access. I develop bespoke tools that don’t require scripting or programming. Any planner can access them.”

He does this by drilling deep into the different sectors – education, health and defence etc. “Part of my job is identifying where the opportunities are for these types of tools and workflows.”

As to where things go after that, Graham believes data remains the key. He’s working with an unspecified client on data centres. “They have a huge amount of data around how their users navigate their buildings, through access from one room to another. That’s millions of lines of data and to look through that could take you a very long time.

“We’ve delivered scripts or computational workflows that allow us to analyse all that data and develop heat maps of where people are moving and then use that information to analyse each design iteration. Without computational design, I don’t think that would be possible.”

However the discipline develops from here, Graham sees his own role adapting with it. “Data driven design is unique in the industry as there aren’t many firms that have this sort of role, and I think it will evolve in the sense that our ability to develop unique tools will continue to grow. “I respect design, but I have found my niche and I’ve found my passion is really in problem solving combining architecture and software development,” he concludes.

Top image: The Pavilion at the Hospital of the University of Pennsylvania

This article first appeared in AR163

Could Zaha’s Mayfair rival the work of Gaudi?