Home • Architecture • Technology • The next generation of power storage: is it time to go solar? 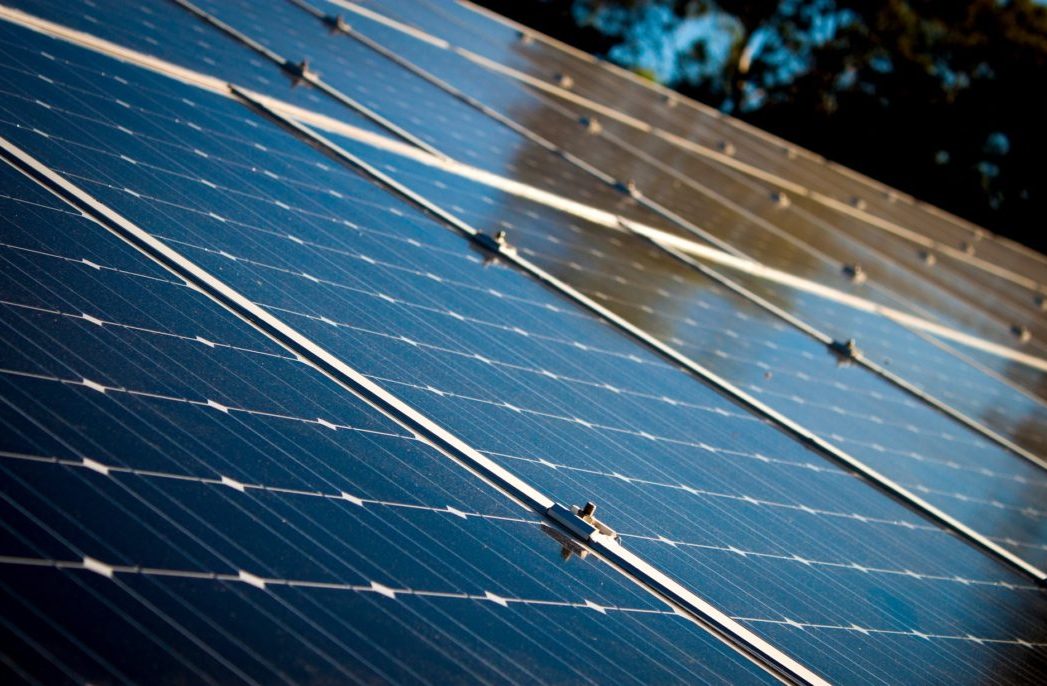 With battery storage now an affordable adjunct to solar power generation, ADR talks to Gold Coast-based architect Peter McArdle of ptma architecture, who installed a Tesla Powerwall in November last year, to find out how the economics of solar versus grid-based power supply stack up when you add a battery to the mix.

When US tech firm Tesla introduced the Powerwall battery back in 2015, media attention centered on how it would revolutionise the electricity market here in Australia. While it was not the first commercially-available battery designed to store electricity from rooftop solar panels, the Powerwall did come with an affordable price tag, and the backing of technopreneur wunderkind, Elon Musk. Subsequently, Australian solar panel retailers have experienced a dramatic spike in enquiries about coupling solar panel purchases with battery systems. Previously batteries were not regarded an affordable option.

More recently, Tesla released the Powerwall 2 that, with 14KWh of storage, doubles the capacity of the original Powerwall while retaining the same price tag. And, with IKEA announcing it will soon enter the market, the cost of battery storage is on the way down. Contrasted against Australia’s grid-based electricity prices, which continue to rise out of step with other developed nations, it seems pertinent to question whether the set-up costs and concerns around market instability and product reliability still outweigh the obvious benefits of solar power generation?

When the remnants of Tropical Cyclone Debbie lashed the Gold Coast earlier this year, downing power lines and cutting supply to parts of the region, architect Peter McArdle and his family were largely unaffected, thanks to the Tesla Powerwall and 5KW solar panel array he’d installed five months earlier. While many around him went without power, McArdle was able to both generate and store his own electricity. Although this was not a benefit he’d factored into his decision to invest in the system, which cost around $16,000, it was certainly appreciated at the time.

McArdle has a long-held interest in solar power generation and, this, along with the well-documented environmental benefits of solar, was certainly a factor in his decision to invest. But sweetening the deal was his calculations that predicted the system would pay for itself well within the 10-year warranty period of the battery. When calculating whether solar generation coupled with battery storage is cheaper in the long term than buying directly from the grid, there are a number of things to consider.

For McArdle, swaying the equation in favour of solar during his initial calculations was the fact he and his family use an electric hybrid car. This means that, provided he can generate and store enough electricity to charge it, daily petrol savings equate to around $5. While this in isolation does not seem a lot, it contributes significantly to his daily projected savings of $9.50 – a figure that also factors in money saved in buying electricity from the grid and money earned selling electricity back into it. This projected saving adds up to $3467 per year or a total saving of over $17,000 in five years – more than the cost of buying and installing the system.

On paper, it’s an investment that would have any accountant’s eyes light up – but has it panned out as planned?

After seven months using the system, McArdle says that even through winter, the self-generated electricity is, on-average, sufficient for household needs. That said, on days when it rains and they charge the car, they are still reliant on the grid – sometimes for as much as 65 percent of daily consumption. This is evened out over the course of the year though, says McArdle, who points out that in summer they export significantly more electricity than they use and often during peak times when people are using air conditioning.

Although still reliant on the grid to maintain continuous power through periods of low or no generation, McArdle says more battery storage would solve this problem and allow them to go off the grid, which would save them additional money.

An interesting result of the McArdle’s move to solar is that it has made the family more aware of its energy consumption. This is in part due to applications that show generation, consumption and storage levels. “The real time monitoring allows and encourages interaction with the system rather than electricity being an endless resource that simply arrives ‘magically’ through the lines in front of your house,” he says. “It helps you understand how what you use, and when you use it, relates to the place your electricity comes from – battery, PVs (photovoltaic panels), or utilities – and this relates to your costs.”

“Of course you can also ignore that potential and pretend it’s not there, so it remains a choice, but at least it is now a choice. We would likely understand the other systems in our houses better, such as water supply, sewerage, waste removal and the like from a similar approach, where we see that the resources we use come from somewhere and that the waste goes somewhere.”

So, given his experiences over the last nine months, does McArdle think affordable battery storage will revolutionise the power industry as many predicted when Tesla first introduced the Powerwall back in 2015? The short answer is yes. “Twenty years ago in 1997, there was, I believe, only one grid connected PV array on a house in Queensland. Now Australia has one of the highest rooftop solar uptakes in the world. We have a perfect climate for solar systems and there is every reason to take advantage of this. To best take advantage of this, we now have storage.

“Home based batteries that are easily available as ‘plug and play’ style solutions allow an easy and priceable choice for home owners.”

He also sees investment in solar and battery storage as a way for consumers to force the hand of electricity providers and governments to increase investment. “The benefits as individuals of being able to act are that it’s a small form of demonstration that demand is there, desire is there – and governments will eventually follow when they see people spending money,” he says.

“The best, or most efficient, battery use might be for grid centralised battery systems shared across estates or regions rather than individual home owners. However, that’s like suggesting the most efficient transport is public transport: it’s true, however we still mostly use own our own cars. So I’d suggest batteries will initially be similar, with utilities and governments playing catch up. And I believe they will play catch up to maintain their market share, control the system, and massage profits from the altered dynamics.”

So, what does McArdle like most about generating and storing power at home? “Choosing to act, and learning from that. Demonstrating to people who may never otherwise consider it that it can be done and is being done.”