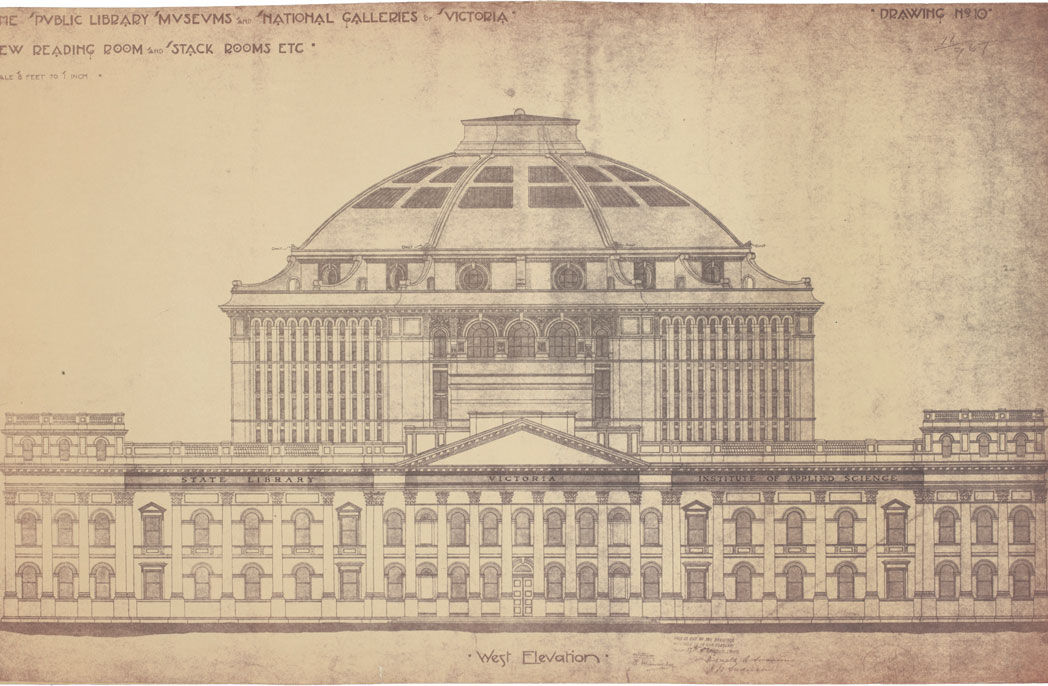 In 1853, following the appointment of Library Trustees, Lieutenant Governor Charles La Trobe and Justice Redmond Barry QC, the decision was made to build a public library for the people of Melbourne. They promptly announced a competition to design a new library that would be an important and enduring landmark for the city.

The winning architect was Joseph Reed, who went on to design many of Melbourne’s notable buildings, including Melbourne Town Hall, Ormond College and the Royal Exhibition building.

The neoclassical design for the building followed the architectural fashion of the times. Reed was passionate about the work of Andrea Palladio (1508-1580), the celebrated Renaissance architect. The Palladian allusions to the pure form of the classical temple, with its aesthetic of symmetry and formal composition, were for him the appropriate building archetype for this highly significant public institution. The founders of the Library also had a strong conviction that access to knowledge was critical for the development of a healthy and prosperous society.

The State Library was described as ‘the people’s university’ – a place of learning and discovery for all Victorians. It was also charged with the responsibility of preserving Victoria’s heritage by collecting items of historical and cultural significance for future generations.