Home • Architecture • Nicholas Grimshaw to step down as chair of Grimshaw 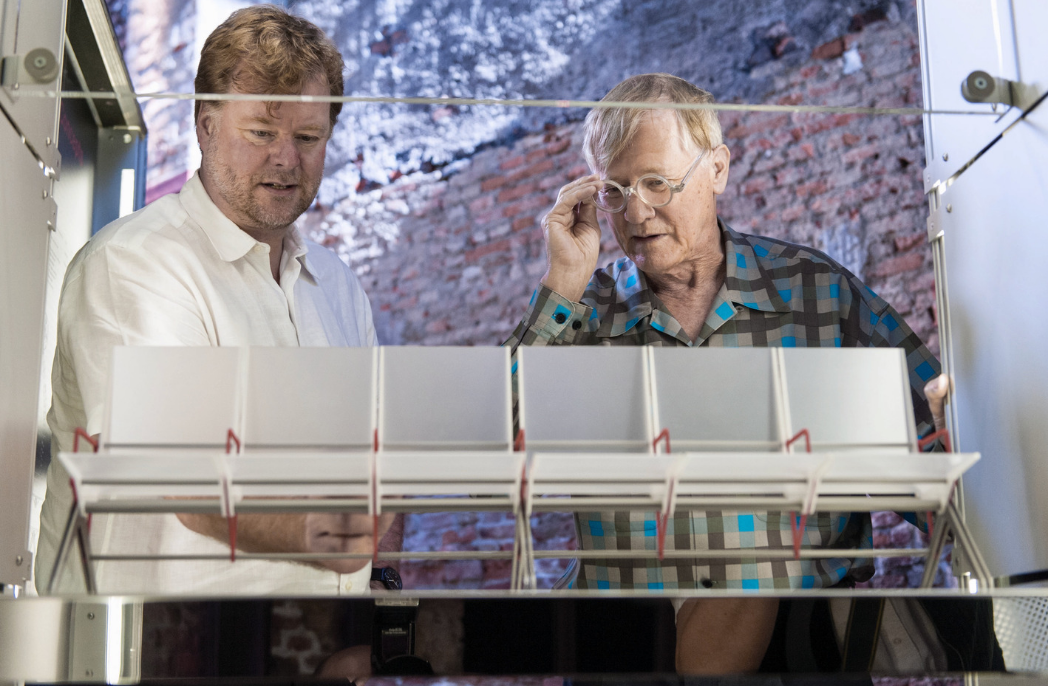 Nicholas Grimshaw to step down as chair of Grimshaw

Sir Nicholas Grimshaw has stepped down as chair of Grimshaw, the now global practice he set up almost 40 years ago.

The 79-year-old architect, who won the RIBA Royal Gold Medal 2019, is handing over the reins to Andrew Whalley, the company’s deputy chairman, who has worked alongside Grimshaw since 1986.

Founded in 1980, the practice became a Partnership in 2007 and operates worldwide with offices in Los Angeles, New York, London, Paris, Kuala Lumpur, Dubai, Melbourne, and Sydney, employing over 600 staff.

According to the practice, Grimshaw’s successor Whalley has “been an instrumental part of Grimshaw since the earliest days of the practice and has led projects in a diverse range of sectors including education, performing arts, transportation and workplace”.

His award-winning projects include the International Terminal at Waterloo, the Eden Project in Cornwall, the redevelopment of the historic Paddington Station in London and the Experimental Media and Performing Arts Center in Troy, New York.

“Andrew has worked closely with me for over thirty-three years and has been involved in many of our key projects. He has undertaken the role of Deputy Chairman for the last eight years. I will continue to make available my experience from the last fifty years in practice,” says Grimshaw.

In the education and research sector, Andrew has been involved in a range of projects including state of the art science facilities for the Danforth Plant Science Center and the strategic plan for the Royal College of Art in London. He is currently overseeing the design of the Sustainability Pavilion for the World Expo 2020 Dubai.

“When I joined Grimshaw in the mid-eighties straight out of the Architectural Association, the practice was a small team focused on bringing ingenuity to simple industrial projects,” says Whalley.

“By leveraging our collective strengths and an insatiable curiosity for the world around us, we’ve developed into a 660-person practice with a global network of studios on four continents. I’m thrilled to be fostering another generation of the Grimshaw practice in pursuit of innovative design solutions that address the complex contemporary challenges that we face.”

Grimshaw will remain in an advisory role at the practice and will spend his time working on the new Grimshaw Arts and Architecture Foundation.