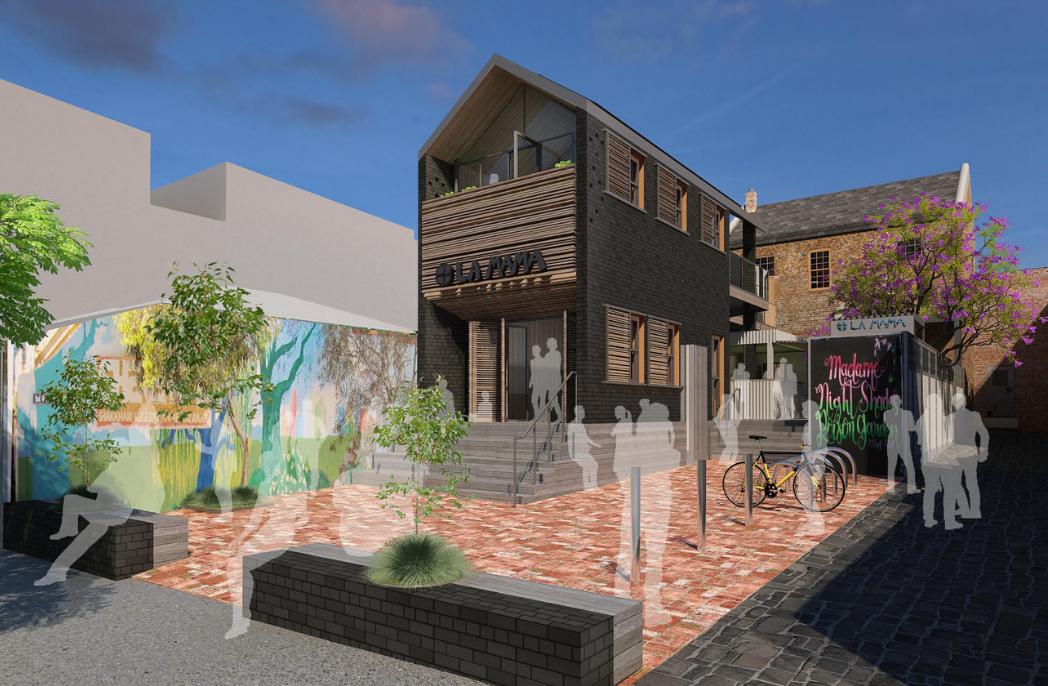 One year on from an electrical fire that ravaged La Mama Theatre, the Melbourne institution has revealed the design of its rebuild, which architect Meg White says will retain the original spirit of the building.

The non-profit theatre, which was established in 1967 and designed by Carlton architect George S. Clarke, burnt down on 19 May 2018 after an electrical fault caused a fire. The building requires a complete rebuild and the architect engaged to lead the design of the new theatre, Meg White, has worked with La Mama as a designer and performer for more than 25 years.

She says, “Like old La Mama, the design of new La Mama is simple and restrained. Ornamentation only resides in the elements that are engaged with; the doors, windows and shutters. The theatre is in the everyday… The architecture aims to respect and support the multitude of daily activities of this little village… The design desires to speak to La Mama’s philosophical
stance of being open, open to all.” 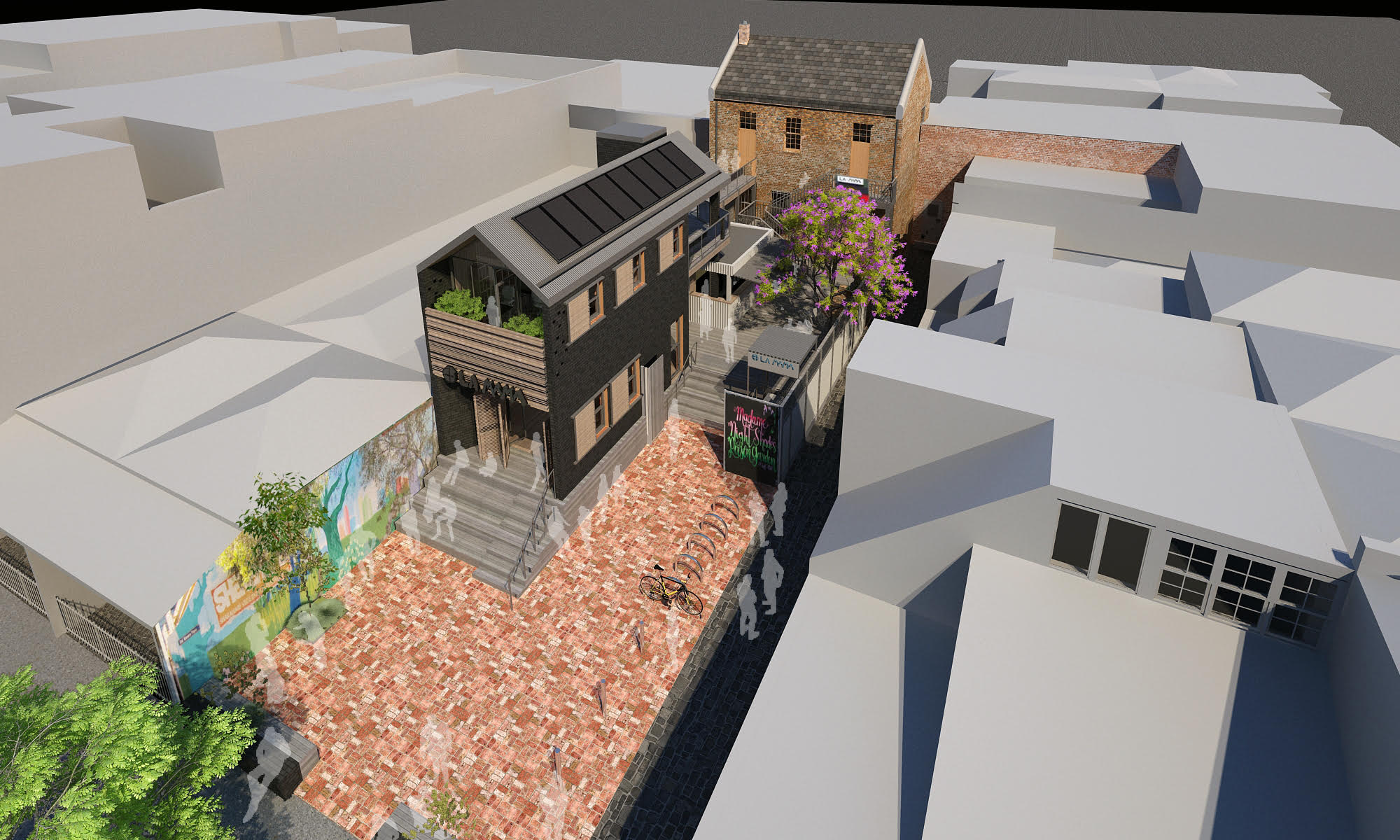 Plans for the new La Mama home are well underway with the intention to restore the original building. but also make important improvements –in particular, ensuring La Mama is an accessible space at all levels.

The Rebuild plans include a modest inclusive new building, which will allow La Mama to revitalise its role as a hub for independent artists.

Despite the setback of the fire, La Mama had a successful 2018 season with a number of performances held at satellite venues.

La Mama has now launched a public fundraising effort to support the rebuild and is calling upon the community for help. Visit Lamama.com.au/supportlamama to donate or for more information.

All drawings, images and associated documentation are pending authority approval. Renders have been used to help illustrate the project, but cannot exactly represent the final project. The final materials and finishes may differ from those shown in the images. Renders by Cottee Parker Architects.