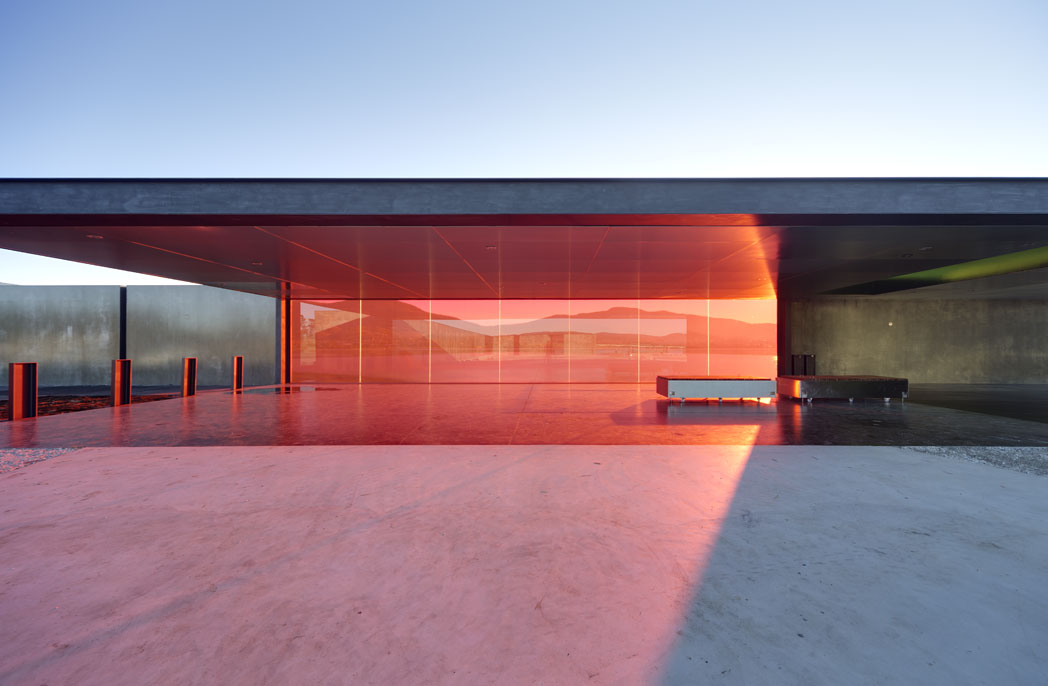 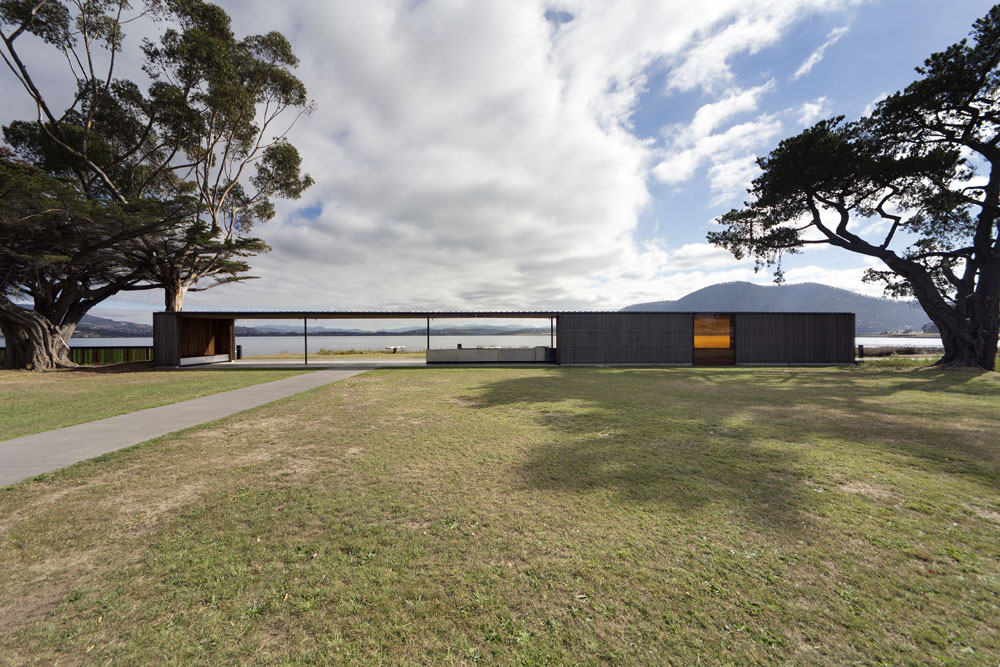 How did GASP! come to you and how did it evolve?
GASP! was awarded to us through a design competition, and after it had been handed to us, we had an extremely short time to complete it. We visited the site and set about designing interventions that would help others to connect to the site, while generating infrastructure necessary for performance, travel and art installations. 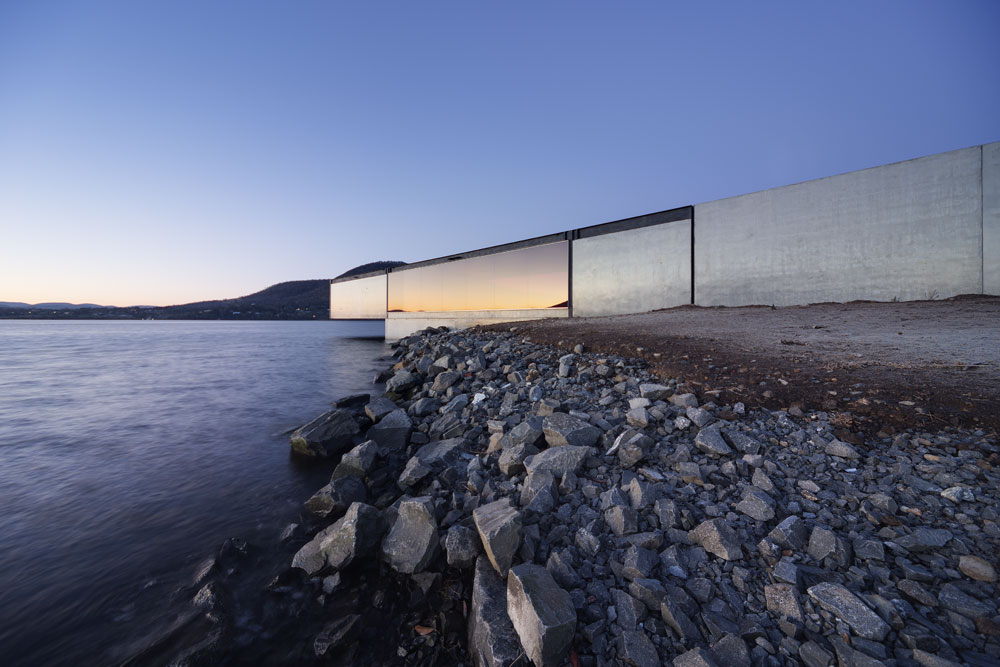 What were the key elements of the brief?
The formal component of the brief was pretty minimal. Fundamentally, it was to create infrastructure, but the more challenging component was the implicit need to compete with and complement the nearby MONA (Museum of Old and New Art), which had been recently opened with around 60 times the budget we had. 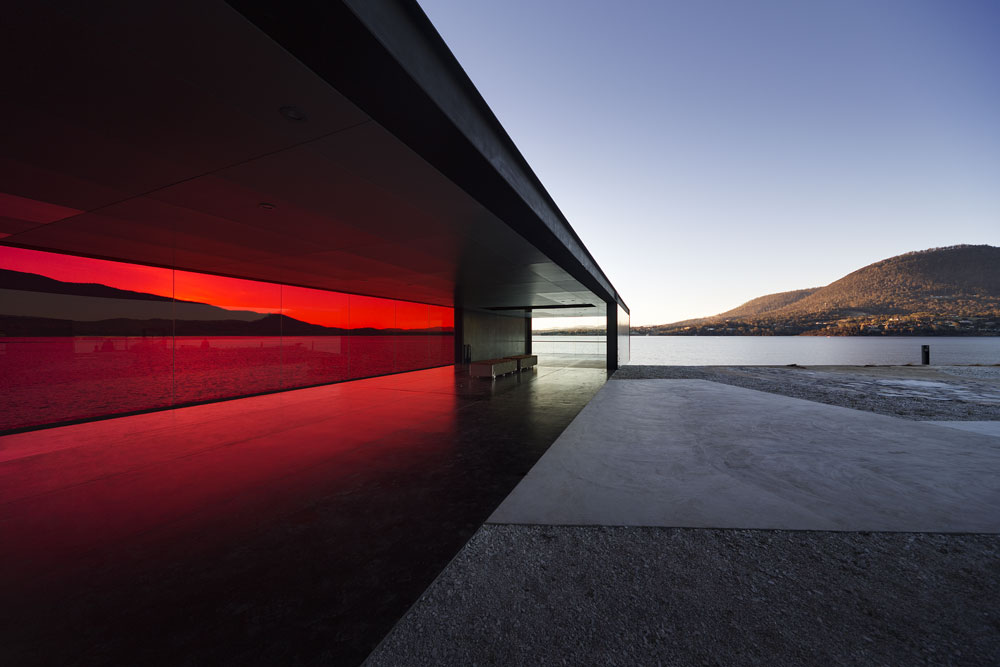 Can you describe exactly where GASP! is situated, what it links and the environment there?
It links previously marginalised but surprisingly beautiful sections of foreshore on Elwick Bay, which is in the city of Glenorchy. Glenorchy neighbours Hobart.

What was the inspiration for or theme of the project?
We wanted to make something unapologetically direct and strong, but still something that people could engage with. The strength of the work increases as you journey around the bay – it moves from more approachable materials and open forms, to more confronting materials and more dictatorial form making. The scale also changes from smaller to larger. It’s the subtle nature of this transition that’s key to creating a sense of journey and destination. 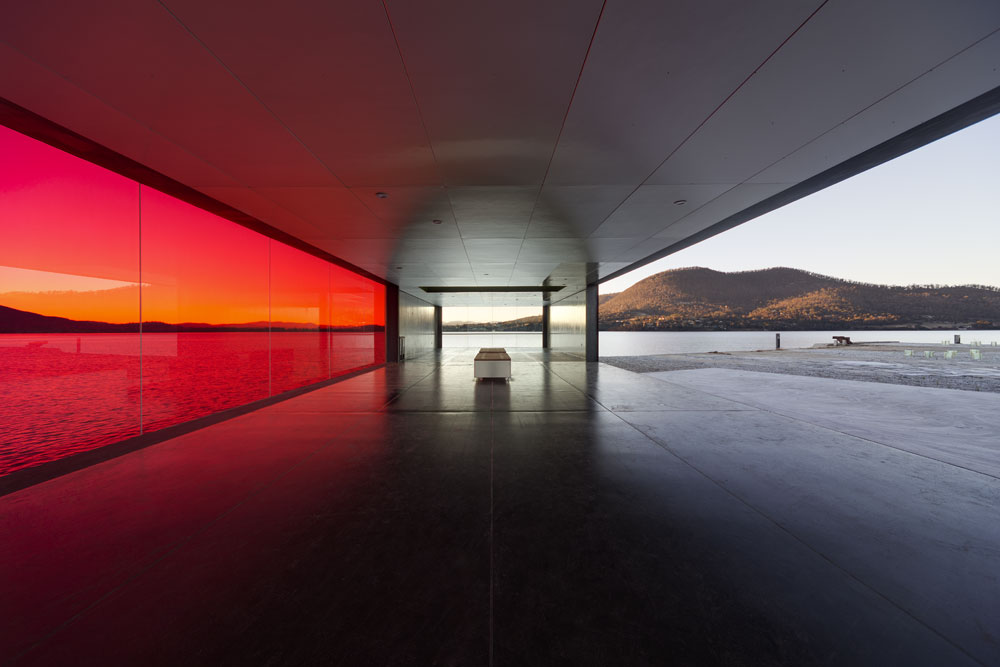 What were the key materials used and why were they chosen?
This could be a very long answer, but the short answer is concrete, glass and timber, which were chosen for longevity, utility, beauty and value.

GASP! is a journey, a series of pathways, bridges and buildings that extend in an apparently singular arc around Elwick Bay.

There is abundant birdlife in the area, as well as other wildlife. Did that cause any particular specifications or changes in the design? Did they need to be considered in planning?
Yes, we had very stringent environmental controls placed upon us during construction. We also removed tonnes of site contaminants that were unearthed during the build. The sea grasses were particularly important ecologically, so we devised construction methodologies from barges and programmed construction to work with tidal movements so that we did not disturb the delicate ecology of the silts that form the intertidal areas of the bay. 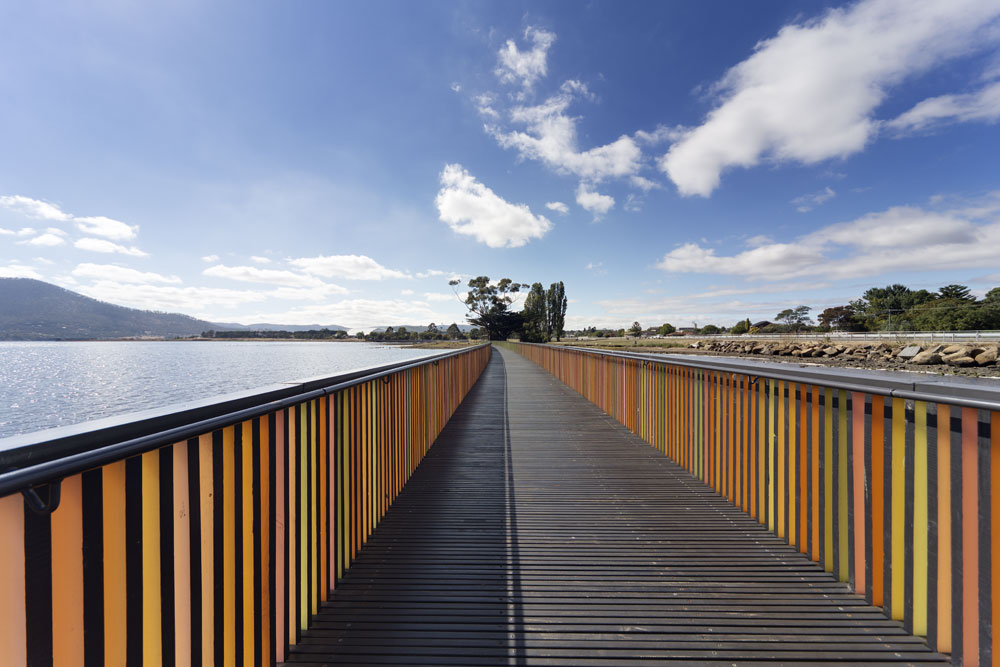 How does GASP! interact with or complement the landscape?
The most obvious method is that the Wilkinsons Point building creates a reference from which you can read the beauty of the rolling landscape beyond. Meanwhile, the Grove building is a frame for the bay – a direct, simple act that defines limits of sky and water, and focuses your attention like a camera framing an image.

What were the biggest challenges and how were they resolved?
The construction of the 12-metre cantilevered structure on reclaimed land over the water was a considerable technical feat that all involved are suitably proud of. Despite that, the major installation proceeded perfectly, and when we watched the construction unfold just as we envisioned… that was a very gratifying day. 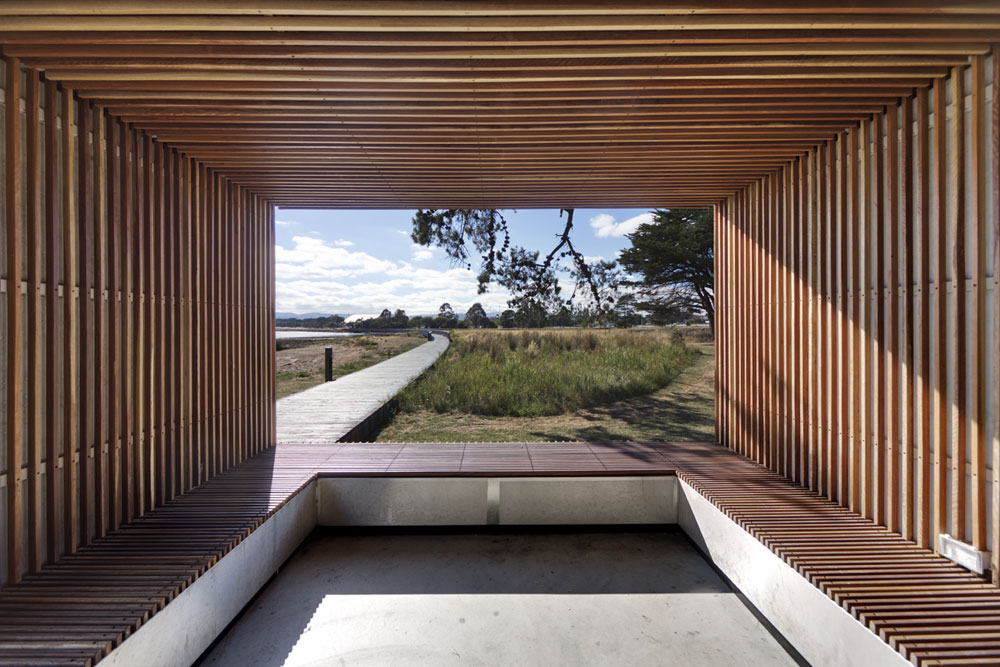 This was your first major public architecture project. What did you learn from the experience?
That there is great pleasure and joy in sharing your work with the public. It was quite different from many of my previous experiences with private clients.

What is your favourite element of the design?
Seeing it used by the public and watching friends and family delight in it. 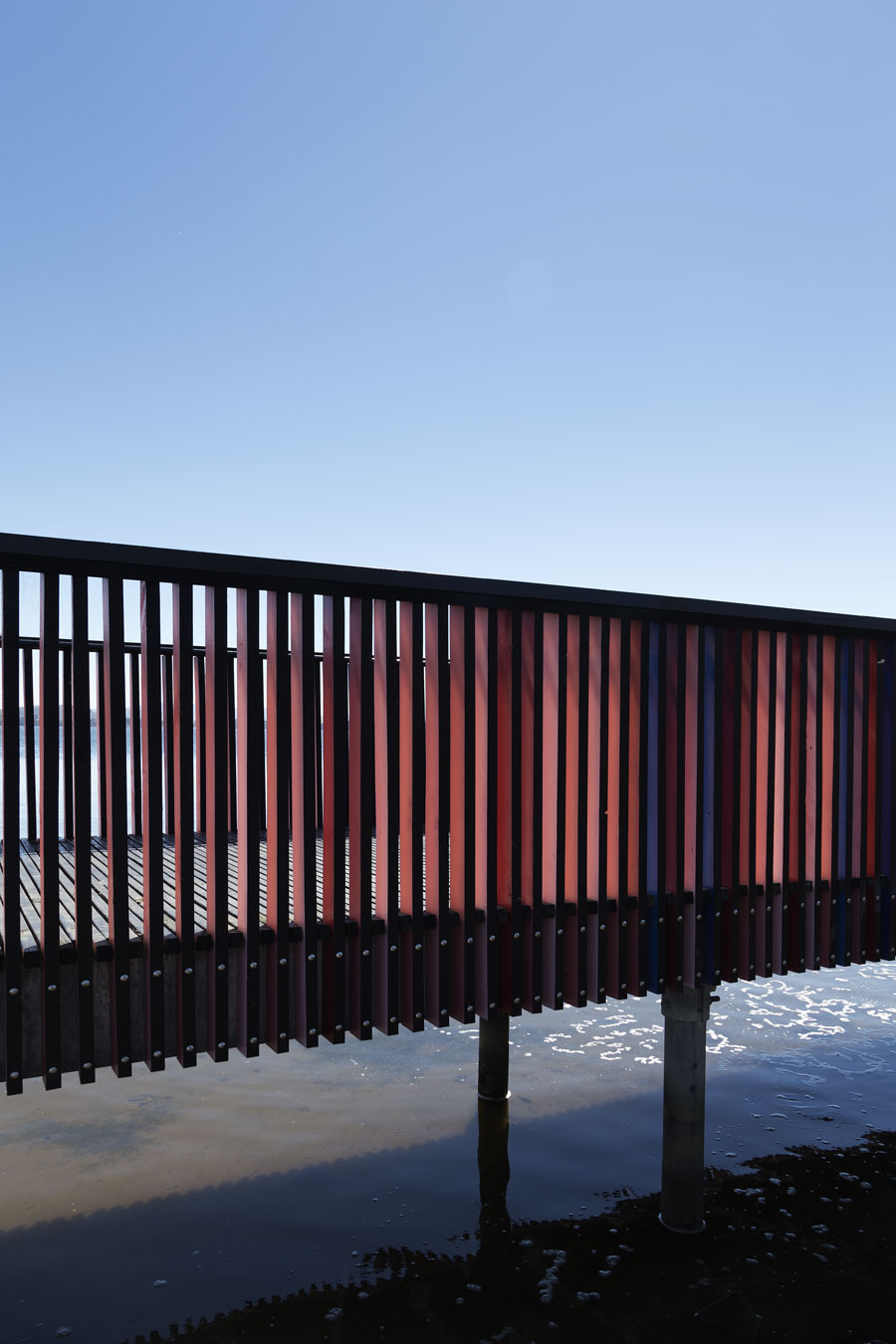 GASP! is a journey, a series of pathways, bridges and buildings that extend in an apparently singular arc around Elwick Bay.

The journey culminates in silence at Wilkinsons Point, where the sound of the wind is stopped by massive beautiful concrete walls and the visitor’s view is projected out over the bay and to the valley beyond. A sense of floating over the bay is heightened by the mirror polished ceiling, which reflects the water below your feet. You hover in the silence.

While the means are simple and traditional, the effect on perception while moving is more subversive. The use of colour and structural rhythm alters the perception of the journey with the mode of movement employed, whether it be from a car or on foot, the design responds to the different scales and speeds of interrogation. A key motif of the design is the reshaping of the water’s edge. The body of water beyond the project’s formal boundaries becomes part of the project; this body extends to the horizon. 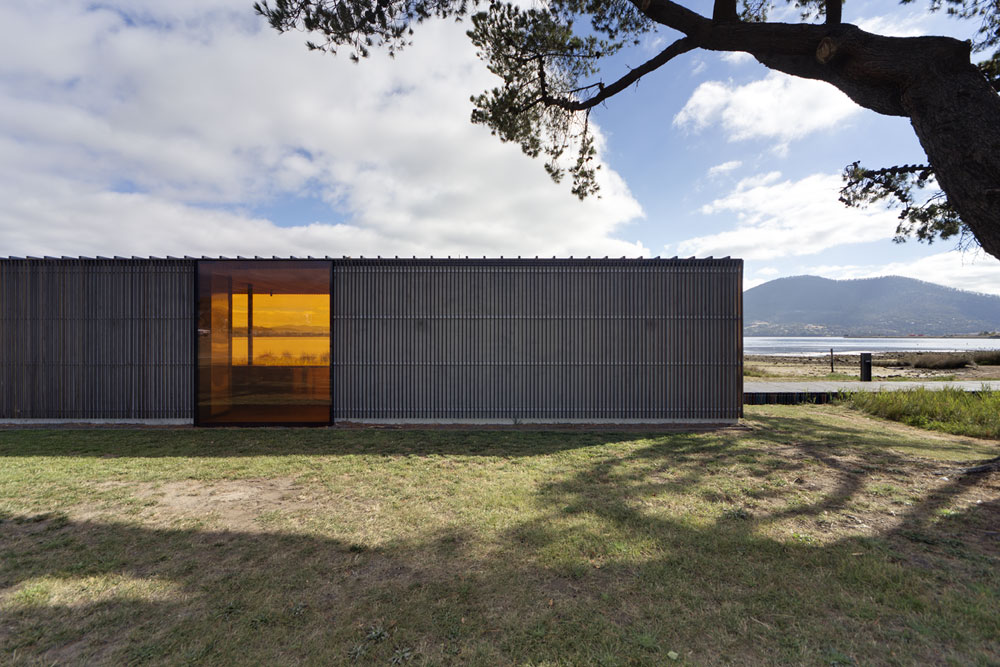 Read a profile with Thomas Bailey of Room 11.