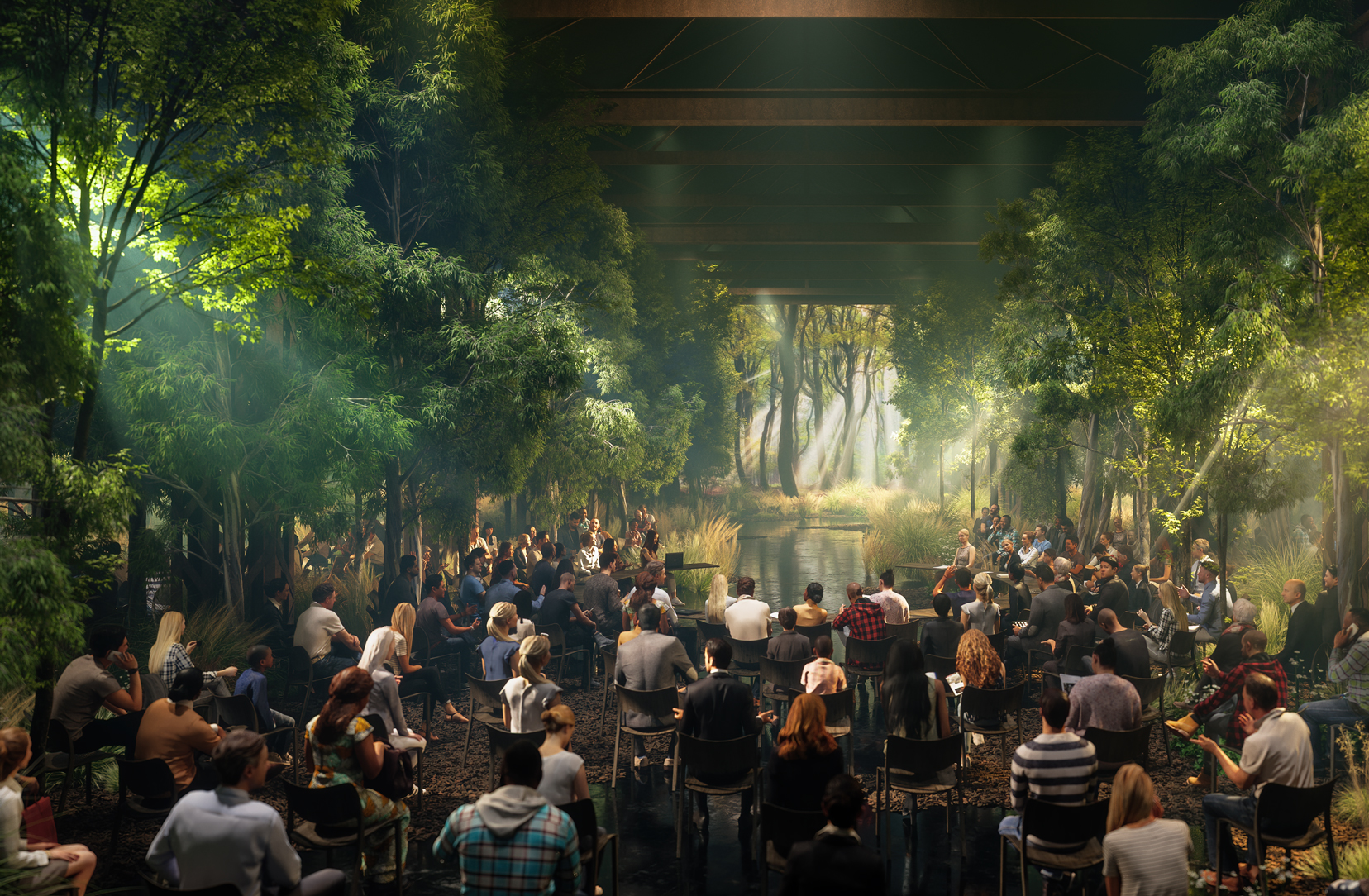 Architects, artists and designers from across the globe are highlighting issues around climate change in a series of installations in and around Glasgow’s COP26 conference.

The Scottish capital will host climate talks for another week with the penultimate day dedicated to the built environment.

The Cities, Regions & Built Environment Day is scheduled for 11 November 2021 and comes amid growing concern that the sector, which is responsible for around 40 per cent of greenhouse gas emissions, has been neglected in the push to tackle climate change.

Organisers say the day will involve “advancing action in the places we live, from communities, through to cities and regions”, bringing together national, regional and city level leaders, alongside the private sector, to deliver deep collaboration that can accelerate climate action over the next decade.

Among the topics set to be discussed is the role ministers and mayors must play in delivering and enabling a zero-emission, efficient and resilient built environment.

But architects and designers haven’t just been holding out for the Cities, Regions & Built Environment Day. Throughout the COP26 conference, which began on 1 November 2021, there have been a series of installations and temporary pavilions highlighting the effects of global warming and the need for urgent action.

With that in mind, here is a round-up of some of the best architectural and art statements from designers, artists and architects from around the globe.

Earlier this year, the UK Green Building Council issued a call for projects and installations that propose solutions to the built environment in a virtual pavilion timed to coincide with COP26.

Organised by the UK Green Building Council, the COP26 Built Environment Virtual Pavilion eventually chose 17 “exemplary sustainable projects” including a timber cultural centre in Sweden, a school built from bamboo and Melbourne’s own Monash Woodside Building for Technology and Design, designed by Grimshaw.

Make’s Fountain of Circular Recovery was chosen as the centrepiece for the virtual pavilion, which presents each of these projects in a series of surrounding pods.

The 360-degree installation is based on the form of a fountain with its lower layers signify past and current methods of construction – concrete, glass and steel – while upper layers look to the future through materials such as timber.

An animation shows the trajectory that the UK is on using current construction methods and what needs to change to meet carbon targets.

Within the surrounding pods, the 17 chosen projects are illustrated with images, a 3D model, a soundscape, text and links to more information.

Teaming up with Format Engineers, artist Anna Gillespie and Fifield Moss Carpentry, the practice designed the 5.5-metre by 3.5-metre timber piece in the universally recognisable shape of classic Monopoly houses.

On the chimney, a “human-like” figure clings to a lifeline that reads COP26.

“Located in that seemingly perilous location just above the turbulent weir, the house’s vulnerability and that of the figure on top represents the dangerous position we have put ourselves in today with climate change,” explains Stride Trenglown.

“The piece highlights the need for immediate action to avoid devastating consequences.”

Fellow British designer Es Devlin has also created a temporary installation – this time at The New York Times Climate Hub at the SWG3 Arts Centre in Glasgow, in an event running alongside the COP26 conference.

197 trees and plant species – the exact number of parties that signed the 1994 United Nations Climate Change treaty – have been positioned around a low-lit clearing, alongside chairs to seat the audiences attending a series of events held within the installation.

The design is inspired by Richard Powers’ Pulitzer Prize winning novel, The Overstory, in which the trees are the lead protagonists while the humans form the subplot.

Devlin says she imagines them “bearing witness, listening, and observing the progress that the humans may or may not make during the program of talks”.

Described as an “unmissable statement” right in front of the delegates and the world’s media, the 70-metre-long and six-metre-high illuminated sign aims to highlight the links between climate change and colonisation.

It scrolls through nine randomly generated iterations of the phrase, stating NO, NO WORLD, NEW WORLDS, NO NEW WORLDS – all words calling for us to “cherish this world.

“We believe it is critical to constantly question the myth of infinite growth on a finite planet, with the exploitation and extraction that has brought us to this pivotal ecological moment,” adds Still/Moving.

The Colour of the Climate Crisis, various artists

An exhibition at Glasgow’s The Pipe Factory is set to showcase the work of 24 Black artists and artists of colour that aims to explore the relationship between racial justice and climate justice.

“As world leaders meet at COP26 to discuss the climate crisis, this exhibition offers them an opportunity: to be quiet, and listen. To be humble, and learn. To be brave, and commit to meaningful action,” writes its organisers

“The Colour of the Climate Crisis grapples with one of those truths: that we are facing a crisis of climate and nature, and that the people most affected, most at risk and least responsible for it are people of colour.”

You can also view the exhibition online.