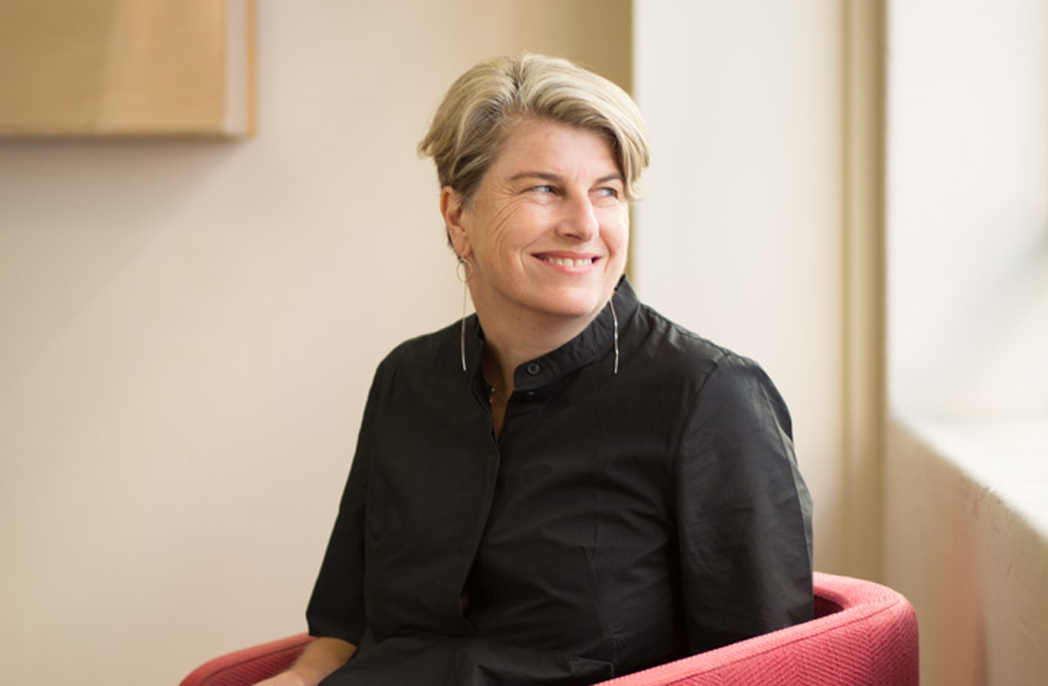 In conversation with fjmt’s Elizabeth Carpenter

Today it’s common to see people who never spend more than a couple of years in the same job. And then there are people like Elizabeth Carpenter. The fjmt principal has been with the practice for nearly 25 years and isn’t looking to move on anytime soon.

Elizabeth Carpenter joined Francis-Jones Morehen Thorp (fjmt) when it was still Mitchell/Giurgola and Thorp (MGT) back in 1994. And she’s been there ever since. When you find a practice where the values and ideas of how to run a business align so completely with your own, it makes sense to stay, she says.

The beginnings of her career weren’t quite so strategic, however. Carpenter says her main impetus for going to study architecture at the University of Sydney in the first place had less to do with the discipline and more to do with the location. “I must admit the lure of the mainland was probably the driving factor for why I decided to do architecture,” she recalls, “wanting to try something different.”

But by the time she was ready to look for a job in Australia, after a period working overseas, her thinking was a little more focused. She heard MGT was looking for staff and remembered how much respect she had had for Richard Francis-Jones’ approach to design when he was her tutor at university. So she applied to the firm.

MGT was already well-known for its design of Parliament House and Carpenter was also drawn to its strong commitment to the public domain, a commitment that has grown and evolved over her time with the company. She’s now the managing principal at fjmt and studio leader of the Sydney studio, and says her path to that role has been an organic one. “In terms of practice, there’s been a continual development of how we evolve the practice and I’ve been involved with that throughout.

“Around three years ago, as fjmt’s reputation both in Australia and overseas was growing, we saw the benefits of restructuring – to provide both a new focus upon a UK studio (involving Jeff Morehen and two of the principals, Christine Kwong and Adrian Yap) and cement and reinforce the other disciplines.

“We have a financial controller, so what we do is the project-based finance. We also do have a strategic level across the office with regards to how things are run.” 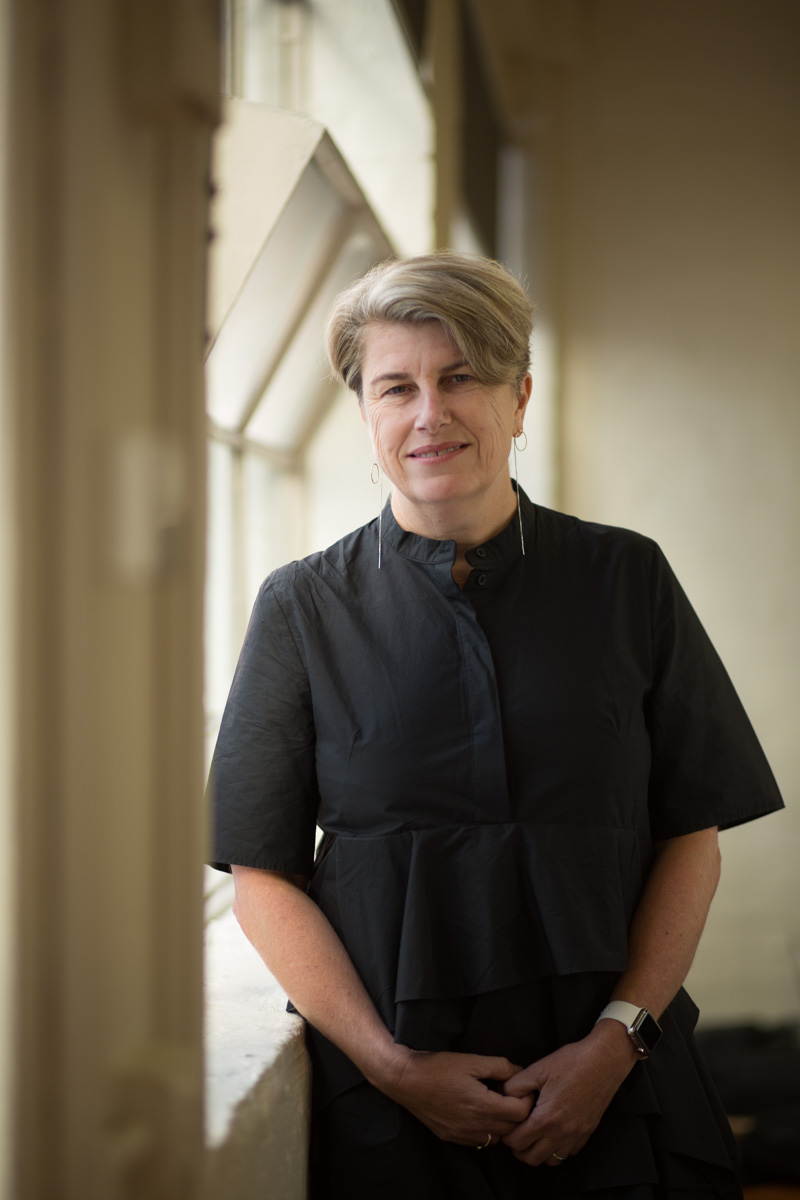 The business model is based on directors Richard Francis-Jones and Morehen (Richard Thorp having retired in 2009) having ownership, combined with principal leadership, management and profit share. All of the nine principals have roles within the office outside of their design work. One of Carpenter’s particular focuses in the administration side of the business is people and workplace. Were these skills she already had or did she pick them up as she went along?

“Probably a bit of both,” says Carpenter. “Always by talking to people. I’ll talk to people outside, not only within the profession, because I think there are a lot of commonalities generally as to how people work together.”

The fjmt management team is also heavily invested in academia, believing the two-way relationship is “really important for the culture and the continued life of our practice,” according to Carpenter. “Richard’s been in roles at the University of New South Wales and quite a few of our staff are actually now involved in activities such as tutoring.”

Carpenter herself was awarded the 2014 University of Sydney Alumni Award for Professional Achievement and continues her educational ties as a juror, tutor and guest critic. “Sometimes it’s hard to balance practice with being involved with the universities,” she says, “but you can learn so much from the students because they’re actually operating in an environment that doesn’t have the constraints of practice.”

Indeed, Carpenter’s appreciation of the opportunity students have to explore and experiment is what prevents her from joining the call to provide more business-oriented education to undergraduates.

“I think that university is really all about understanding the possibilities of design and, with business, you can learn that once you decide which path you want to take… university is about being free, it’s about design freedom, it’s about stretching yourself beyond anything that you could have ever expected.”

Carpenter is on the NSW chapter council for the AIA (Australian Institute of Architects) and is keen that it develops what she describes as an “already strong mentorship program” and keeps it relevant. Business skills can be picked up along the way, she believes, but practices need to be mindful that recent graduates require plenty of help in this area. “We need to be constantly conscious of the fact that we do need to guide them through how you work in the real world. That’s an important aspect of the career progression of people that work with us,” she says.

Not only do they need to be taught about the ins and outs of running a practice, says Carpenter, there are other, even more fundamental, strategic issues that experienced practitioners must address. Particularly in the gender sphere, a topic very close to Carpenter’s heart.

“It’s core to our practice,” she says. “One of the reasons I have been at fjmt for such a long time is the fact that our environment is so supportive and it has not ever been an issue with our  practice.

“It’s not something that you even consider, so that’s why I’m always so surprised when you hear about these issues, but it exists so we’ve got to deal with it. I’m still astounded by the fact that there’s unequal pay. I just don’t get that; I don’t know where that comes from. I think we, as a practice, need to lead by example. We need to make sure that the younger generations (schoolchildren) understand the issues and we can do that by us going in and talking to them.”

A big driver of fjmt’s strength and success is its commitment to communication, says Carpenter. An initiative she talks about warmly is the regular strategic conference, which is always held at one of the firm’s projects, such as the Tasmanian Museum and Art Gallery, the Mint and the Auckland Art Gallery Toi o Tāmaki every few years. This internal conference is a chance for everyone in the studio, not just the principals, to offer suggestions and brainstorm.

“People are putting forward their ideas and that’s absolutely amazing that they do that,” she says. “It’s such a great way of getting feedback and looking at what directions we might want to go in. It provides a fantastic platform to exchange ideas, re-evaluate and plan, so that the practice remains true to its ethics and ideals, adapting to the issues and opportunities of contemporary practice.”

Good communication is also the key to establishing the UK branch of the practice, she says. “We’ve become better and better at that, but I think it also helps that people like Christine and Adrian, who set up the practice in the UK, are actually from Sydney, so we have that really strong connection. All the studios regularly collaborate, which provides great flexibility and an opportunity for people across the practice to contribute regardless of location. We see ourselves very much as one studio and we just operate in different places.”

With such a long history with the same company, Carpenter now clearly has her systems working smoothly. So much so in fact that she is free to concentrate on what she really loves.

“Projects are so important and I spend quite a lot of my day actually doing project work,” she says. “What we’re trying to do with the other side of the practice is to make it as efficient as possible, so we’re constantly building systems to help us. We spread the management of the practice across all of us. We see the management very much as being part of the creative process. It’s as much about design as it is about business and actually how we manage the business is really how we design and that’s what we’re interested in.

“We’re not interested in business for the sake of business, we’re actually interested in how we can change our processes, design our business in a way.”

Carpenter thrives in the studio environment and this is why, with all her experience and talents, she’s never considered setting up her own practice. “I just love being at fjmt,” she says. “It’s the projects. We have the most amazing opportunities and there’s something about working with people that is so important.

“I’m not someone who’s great while I’m by myself, so I fear that I would become really isolated starting my own practice. I’m just not that type of person.”

Future proofing fjmt. We want to maintain and increase our diversity, and it’s really important to nurture new staff and make sure there’s a really strong career progression for them. We need to continue to embrace new technologies… every project we do, we always try and investigate how we can stretch a bit more.

Practice expansion. It’s not really an aim of ours; what we’re interested in is looking at building a portfolio of a diversity of projects. These projects could be potentially with different clients who are in different places.

Growth areas. Education is definitely one – we’re quite involved in that at the moment. Then infrastructure obviously, and aged care, which will be potentially an interesting typology to have a look at and see how the ideas for how we do our public buildings, our workplaces, can then translate.

Gender inequality. It’s socially unacceptable and it’s unethical and it’s such an important issue that the profession really needs to understand and grasp and address. I think the fact that people are talking about it much more now is a really positive thing. I still think that there’s a long way to go.

Motivating the team. Going on-site is actually very important, to see what you’re doing and also seeing the finished outcome. There’s nothing like a site visit to make you understand the criticality of what you’re actually doing.

Those starting out. Stay true to who you are. Don’t ever lose sight of that. And also lean on others for advice. Talk to people.