Home • Architecture • Discussions of disruption, technological change and the Asian future at BoAD 2019 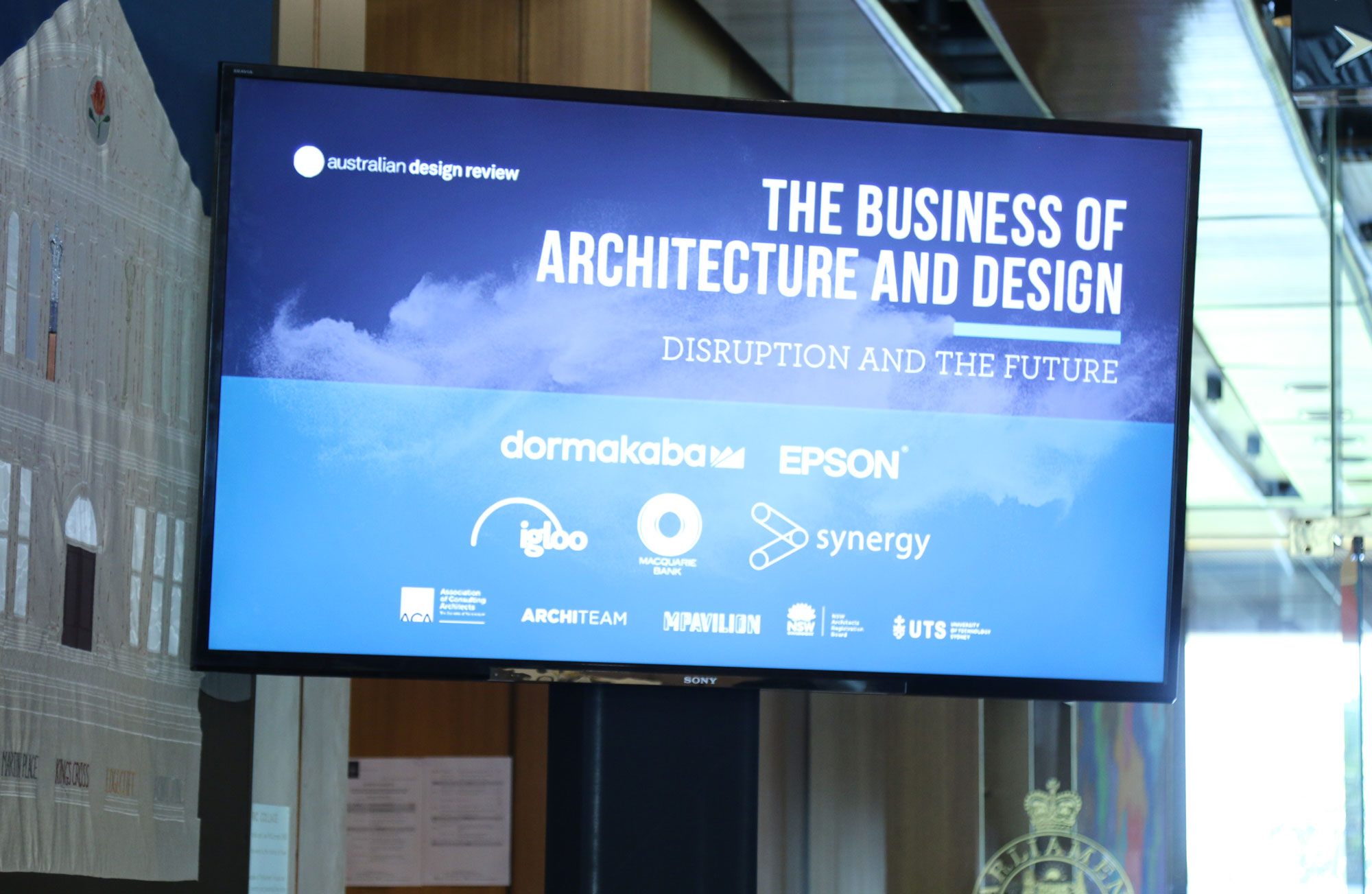 Discussions of disruption, technological change and the Asian future at BoAD 2019

Yesterday, we held the inaugural Business of Architecture and Design conference at the Parliament of NSW, which saw industry leaders come together to discuss key topics like disruption, technological innovation and change, and the impact of a rising Asian market on Australian practices.

BVN co-CEO Ninotschka Titchkosky kicked off the event with a keynote presentation in which she drew attention to the impact of AI on the industry, and told delegates that it shouldn’t be allowed to rule the roost.

“What’s our role in the future? Often we have a dystopian or utopian vision, but that’s a lonely outlook. It doesn’t inspire. We need to shape a future that maximises human wellbeing. We shouldn’t let technology rule the roost,” she said.

Other highlights included fractal IQ executive chairman Peter Verwer advising architects to have boots on the ground in Asia, and Lendlease’s head of Creative Strategy, Place and Urban Insights, Seamus McCartney, stating that future cities will be judged by how well they not only incorporate technology, but also adapt and respond to their environment and the needs of the people who inhabit them.

In a discussion about ‘slowbalisation’, Verwer took a less than positive outlook, stating “the next recession is overdue”, while architect and Total Synergy product manager Paul Hemmings categorically stated “in 2040, the smartest person in your company is going to be Siri”.

The conference concluded with BoAD‘s The Great Debate, a heated discussion in NSW’s Legislative Council about the merits of competitions and whether they benefited cities and architects. The packed audience voted with its feet, listening enthusiastically before unanimously handing victory to the Negative side, represented by LAVA’s Chris Bosse, Candalepas director Angelo Candalepas and Dunn & Hillam co-director Lee Hillam.

Thanks again to our sponsors Total Synergy, Dormakaba and Macquarie Group, and all our partners.

See below for some photos from the event and stay tuned for a complete wrap-up of the conference.