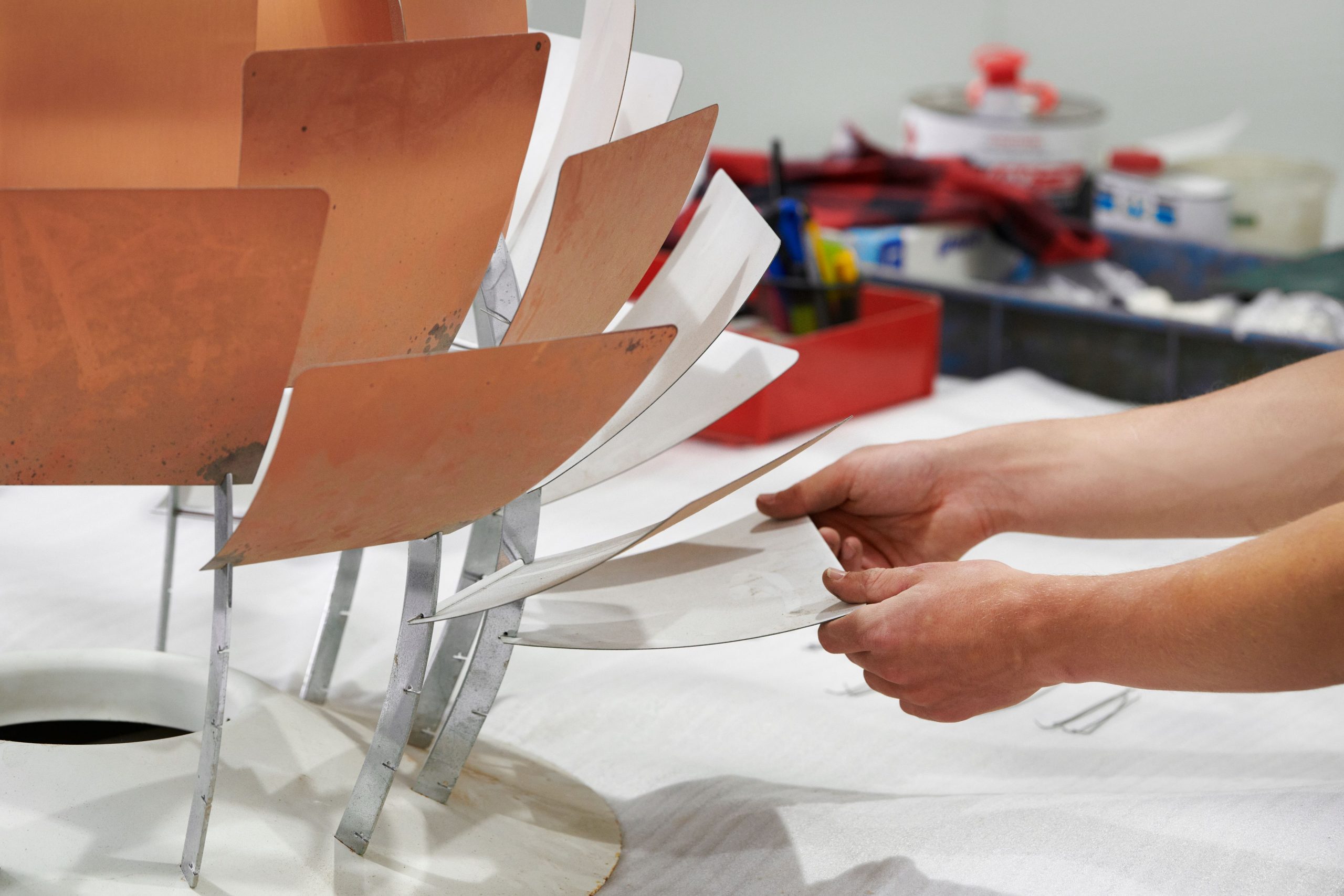 “There is one story about the Artichoke that I love,” Annabel Hammond tells me from the workshop of Sydney’s Astor Metal Finishes.

“We had a lady come in with one that was all banged up and dented with wires hanging off it. Someone had given it to her at a building site, assuming it was just junk. Neither of them realised it was worth $10,000 even in that condition.”

The pendant was restored and returned to its former glory, but it was a tricky process involving a number of tradespeople, something that Hammond says often deters people from salvaging old furniture and lighting.

“We get a lot of phone calls from people who want to do it, but don’t know where to start. What’s really lovely about Cultivated is that it provides a clear path for this type of restoration”.

Cultivated is a program in which designers – and the general public – can bring any original piece bought from Cult into a showroom to be repaired and restored by local craftspeople.

Astor Metal Finishes has been working with Cult for more than 15 years, restoring the metal on everything from Arne Jacobsen’s Egg chair to the Dutch designer’s equally famous Series 7.

But few restoration jobs are as elaborate or as intricate as Poul Henningsen’s Artichoke pendant. Created for the Langelinie Pavilion in Copenhagen in 1958 and manufactured by Louis Poulsen, the piece has 72 individual metal petals in 12 precisely placed rows, each of which completely conceals the light bulb but reflects its warm glow in every direction.

“When you look at all those petals, you don’t realise that not only are there about nine or 10 different sizes, but they’re not all trapezoidal in shape,” says Hammond.

“Only when all the pieces that make up the artichoke shape are laid out in front of you, do you truly realise how beautiful – how amazing – the pendant is.

“The level of craftsmanship is out of this world.”

When Cultivated delivers an Artichoke to Astor Metal Finishes for restoration, the first job is to strip each petal back to its bare metal. Often, Hammond says, the craftsmen will find the original stickers from Louis Poulsen hidden in the pieces.

If the years have been kind and a panel beater isn’t required to knock out any dents, the individual petals are cleaned and polished according to metal type and following techniques informed by Louis Poulsen’s own European factory.

Before shipping the pieces off to Cult for reassembly, the petals are given a final finish – a process of which Hammond is particularly proud.

“We don’t just restore the metal. We make it more beautiful, corrosion-resistant and stronger,” she explains.

“It’s one of the things I love the most about the whole Cultivated program. It’s not just about reducing, recycling and reusing. It’s about bringing something back to life and giving it so much more value than its old banged up original.

“It’s the opposite of a throwaway culture. It’s an act of respect – for that designer, for that design. So much skill and talent, care and love have gone into making that one piece.

Last month, ADR spoke to Cult founder Richard Munao about the story behind the initiative and why it’s so important for the industry as a whole to be more sustainable.

Find out more about Cultivated on the Cult website.