Experimenta is composed of a cylindrical container for the water, glass collected from old lamps, a ring and a series of adapters to fix the glass to the vase and make it more stable. 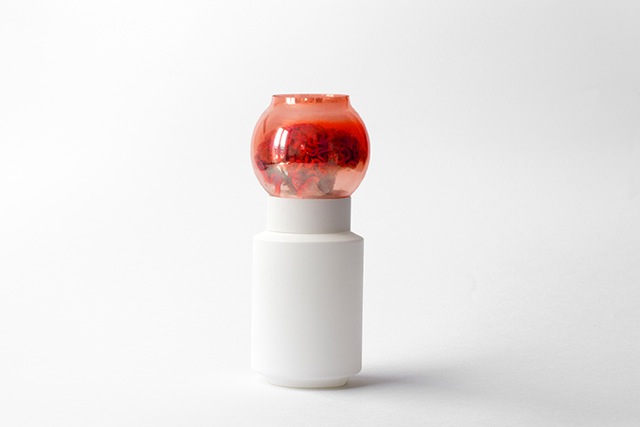 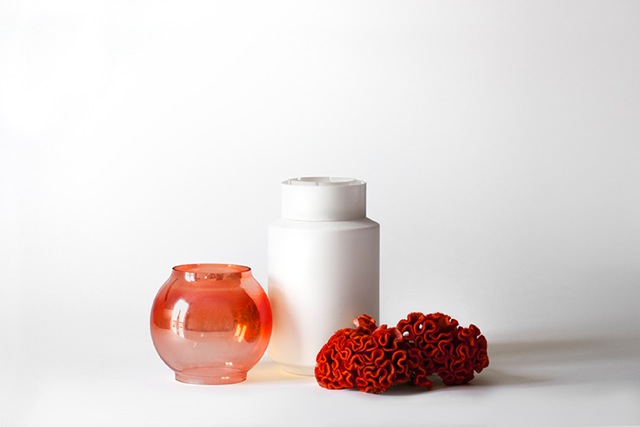 With a history hundreds of years long and initially fuelled by natural combustibles in the period between the late eighteenth century and the second half of the nineteenth century, this type of lamp has seen profound technological innovation. The scientific progress made during those years, together with the introduction of new fuels such as oil and kerosene, allowed designers to experiment with new solutions. New patents were born, including the one for Pigeon lamps (Charles Pigeon, June 1884), innovative in the simplicity of their typically cylindrical shape but especially for their great attention to safety, a feature that allowed the sale of millions of these items thanks to the clever use of a very effective advertising campaign for its era. The shapes and dimensions of the components were standardized with an outlook on design that was ahead of its time, akin to the industrial spirit that had already influenced Thonet chairs and Wedgwood pottery during the First and Second Industrial Revolutions. 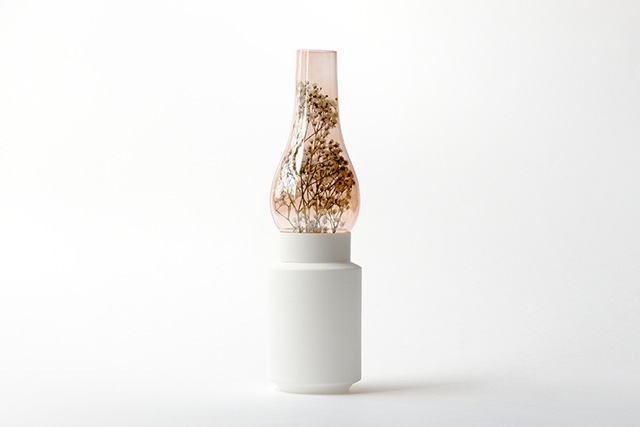 The structure of an oil lamp can be simplified as: ‘the chimney’ glass in various shapes (Kosmos, Matador, Pigeon, Rochester, Bombé viennoise, Globe etc.), ‘the wick’ the fuse which dips into the fuel, ‘the burner’ the nozzle from which the flame emerges, ‘the collar’ the ring for fastening the glass and “the fount” the container for the fuel. The shape of the burner and the chimney are important as they affect the efficiency of the lamp.

During the era in which the first oil lamps were conceived, the design was aimed at adapting to the emerging industry, oriented as much as possible toward the mass market and creating an increasingly sharp distinction between industrial production and craftsmanship. Today, on the other hand, we find ourselves in a different socio-cultural context and the aim is increasingly to create micro-markets to accommodate the need for uniqueness and the niches of new consumers. The rediscovery of craftsmanship as an example of work of high quality and high artistic value, and the emerging ‘maker’ spirit fuelled by the rapid evolution of 3D printing technology require that current design evolves continually both in terms of design and content. With a ready-made operation, old glass from fuel lamps thus acquires a second life, putting the ‘standard’ at the service of the unique piece where the flame turns into a flower, the fuel into water and the metal into nylon. 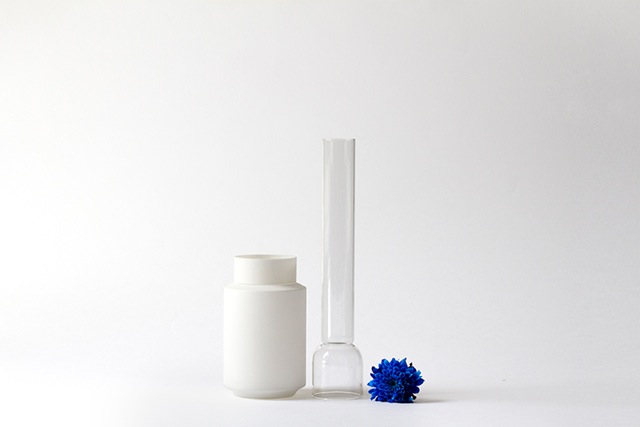