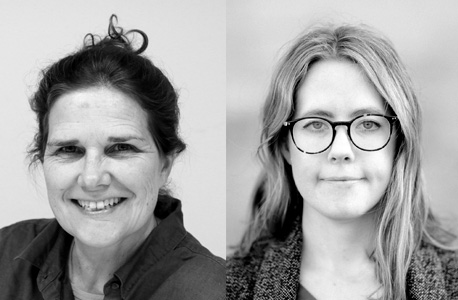 Madeleine Swain has been with Niche for many years, first as the publishing company’s subeditor, before also taking over as managing editor of the Welcome To series of hotel books and editor of various client publications. In another life, Madeleine graduated from the University of London’s Royal Holloway College before training as an actor. Arriving in Australia in the early 1990s, she ran film festivals, worked as an actor and became a journalist, working in community newspapers and editing such publications as the SBS magazine, Aerial.

A move into television followed, with several years as an on-air reporter and producer for the ABC’s two flagship arts programs, Express and The Arts Show. She can currently be heard on Golden Days Radio 95.7FM as the station’s resident film reviewer.

Aleesha Callahan joins the team at Niche as the online editor of Australian Design Review. Aleesha brings a mixture of experience with her, coming from a background in architecture and design, accompanied by strong digital and editorial acumen.

A qualified interior designer, Aleesha worked on retail fitouts at a small studio in Brisbane after graduating from Queensland University of Technology. It wasn’t long before the typical Aussie rite-of-passage to live abroad cemented itself and she moved to Europe for three years. Ending up in Berlin, she became the editor of content start-up, Architectuul.com. Returning to Australia in 2013, Aleesha took up a digitally-focused role in the national office of the Australian Institute of Architects.

It’s this passion for all things design and digital that will see Australian Design Review being taken into its next phase.

Stay tuned for some changes as the site undergoes a big refresh.

A message from our editors – How can we help?