Home • Magazines • Inside • Liminal Studio takes to the global stage 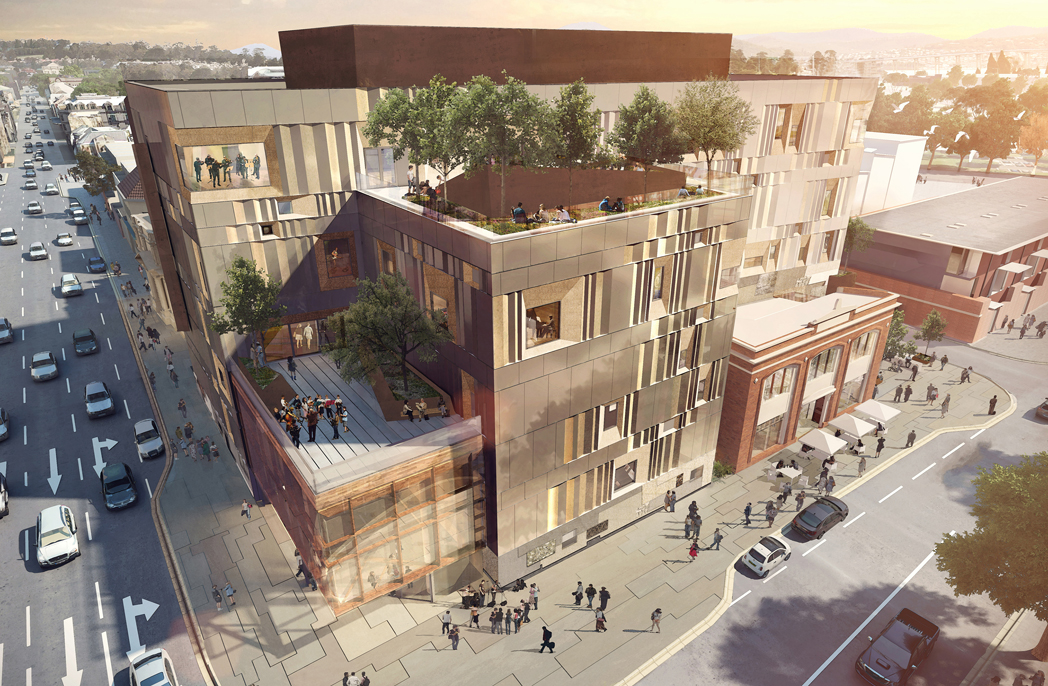 From the depths of Tasmania, an architecture and design practice is forging a name for itself among the global heavyweights. Liminal Studio may be positioned south of the border, but it is creating projects that embrace the world.

There are many things to recommend life in Tasmania – lifestyle, clean air, room to move and space to grow. As an island one would think that there would sometimes be a feeling of isolation, located away from the mainland and the buzz of Sydney and Melbourne.

In the case of Liminal Studio, however, the very opposite applies. As a very particular architecture and design studio, Liminal Studio has embraced its home city of Hobart and is also thriving in the very crowded global architectural world. The practice has made a name for itself not only at home, but on a world platform and it is growing stronger every year.

Elvio Brianese and Peta Heffernan established the practice in 2011, having met at the School of Architecture at the University of Tasmania in 1992. Both Heffernan and Brianese shared a vision of what an architectural practice could be and set about making this a reality. That vision was of a multidisciplinary studio that celebrates creativity, connectivity and collaboration on a global scale and invests in projects that push the boundaries of architecture and design, and the duo has done just that.

Over the past seven years, the studio has developed architectural master plans worth multimillions of dollars, created healthcare projects and education facilities, and has been an integral contributor to theatre, contemporary dance and opera productions both at home and abroad.

With a multinational staff of 13, the studio has in-house specialist expertise in a variety of genres spanning art, performance, strategy and writing – areas that are not generally associated with traditional architecture and design practices. Liminal Studio is true to its name: Liminal means ‘occupying a position at or on both sides of the boundary or threshold’ and their work is true to the meaning.

Perhaps the one thread that has developed and strengthened within Heffernan, Brianese and their studio is the idea of generosity. Throughout the years spent working together as a part of the small but influential Tasmanian design community, they stress the notion of generosity as a core value, stating “if you don’t share in Tasmania, you don’t survive”.

Wise words when living on an island at the end of an island; however, Liminal Studio is part of a wider community that reaches far beyond the shores of Tasmania. Part of the idea of the practice directors was always to reach out to the world and connect with like-minded practitioners. Over the years their collaborations have extended to architects, designers and artists in Singapore, Oslo, Amsterdam, New York and London, as well as the mainland of Australia.

The projects undertaken by Liminal Studio are many and varied and at times surprising for this smallish practice. At the moment there is a plethora of projects underway, such as the $96 million performing arts project that is co-located with the Theatre Royal in Hobart.

Liminal Studio collaborated with WOHA (Singapore) and Arup (Melbourne, Sydney and New York) on the original tender for the project, which involves a new Conservatorium of Music and professional performance venues including a ‘Salon’, contemporary Recital Hall and Studio Theatre, plus new front- and back-of-house facilities. Also under construction is a new $6 million tourist accommodation project at Freycinet Lodge on the east coast of Tasmania.

Moving away from more traditional bricks and mortar architecture and design, the practice has collaborated with the Tasmanian Theatre Company and Melbourne director Aidan Fennessy (from the Melbourne Theatre Company) on Born from Animals where the stage was redefined and transformed so that actors could manipulate the set design.

On the drawing board are more performance projects such as the commission with IHOS Music Theatre and Opera (based in Amsterdam) as well as a feature length avant-garde opera film called Shaped by Trees.

Innovative design for the medium of dance has been a constant for the practice and last year it collaborated with Dancenorth (based in Townsville) on its new production, creating stage design that allows dancers to interact, deconstruct, reconstruct and create different scenes and spatial environments on stage. This work from Dancenorth will tour nationally and internationally this year.

Liminal Studio has also undertaken educational projects at the University of Tasmania and was shortlisted at last year’s IDEA for a workplace project within the university. Plus there is a $15 million integrated health care centre due to open this year.

Last year was a stellar one for Liminal Studio with the awarding of commissions and completion of many projects and 2018 is already proving to be another red letter year with the Studio named winner of the National Design competition for the new History and Interpretation Centre at the Cascades Female Factory in South Hobart. This project is a collaboration with Norwegian-based design and architecture studio Snøhetta from Norway and their Australasian office in Adelaide.

In all, Liminal Studio has redefined the idea of an architectural practice where there are no boundaries and anything is possible and it’s clear to see it is at the vanguard of the new wave of entrepreneurial architects and designers. Liminal Studio is truly global and as the team embraces each commission with their vision the world is truly at their feet.

This article originally appeared in inside issue 100– available online and digitally through Zinio.

The architecture of dance