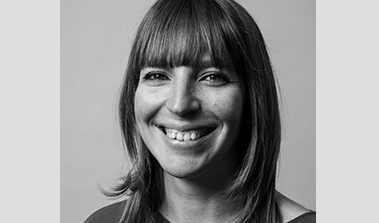 BVN regenerative practice lead Valerie Saavedra Lux is a firm believer that the built environment can be a catalyst to regenerate the planet if approached the right way.

Saavedra Lux will be overseeing IDEA’s Sustainability Award, judging and selecting the winner from the projects entered in the 2022 program.

The decision to nominate a dedicated Sustainability judge for what is Australia’s oldest independent architecture and interior design award is part of IDEA’s commitment to supporting and fostering sustainable design across the country.

As the Regenerative Practice Lead at BVN Architecture, Saavedra Lux co-develops the overall vision, strategy and structure for Regenerative Practice to align with BVN’s core purpose and vision to be ‘smarter, more creative and better for the planet’ and encourage every team member to consider how their project could give more than it takes.

Throughout her career, she has collaborated on several award-winning architectural, urban design and interior projects with a strong sustainability focus.

She was the recipient of the Royal Institute of British Architects Paul Davis Award and a Bronze Medal commendation for her framework for social, environmental and economic sustainability for informal settlements in India.

Speaking to ADR, Saavedra Lux says designers and architects “must be part of the radical transformation” of the climate crisis, and “do the right thing well beyond the project brief”.

“If everyone lived as we live in Australia, we would need 4.1 planets to sustain us.  Worldwide, this is 1.75 planets. But we only have one planet!

“Even the most sustainable buildings and designs are still having a negative impact on the environment. We have done so much damage to our planet, that we now need to regenerate to sustain life. We need to create conditions for the environment and society to thrive.

“Although the building industry is a key contributor to the climate crisis, it can also be a significant part of the solution. Designing for a regenerative built environment can be one of the biggest catalysts for the future of the planet if approached the right way.”

As an IDEA judge, Saavedra Lux tells ADR she’ll will be scoping for environmentally-focused designs.

“I will be looking for projects that not only minimise their negative impact but leave a positive legacy for both people and the planet.”

Last week, ADR also announced that Melbourne-based interior designer and owner of her eponymous studio, Pascale Gomes-McNabb has been named as the seventh judge for IDEA 2022.