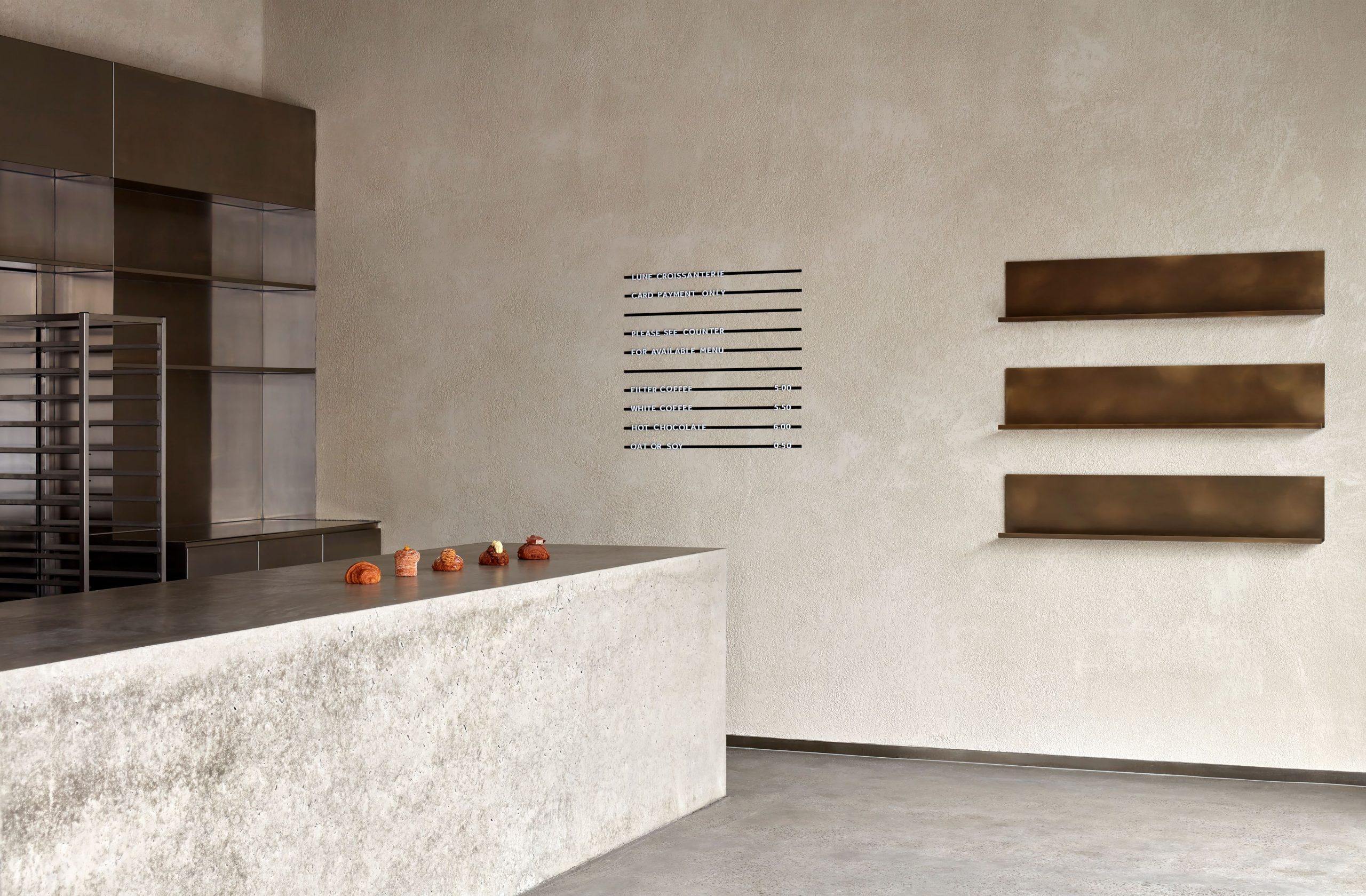 ‘This is not your typical bakery’ – Ewert Leaf on Lune Armadale

Completed in late July, Lune Armadale is the pastry company’s third iteration in Melbourne, joining stores in Fitzroy and the CBD.

In Lune Armadale, nothing is behind closed doors. But how do you achieve the balance between an alluring aesthetic and functional hospitality design?

ADR: Lune Armadale is more than a simple pastry store. Keeping in mind Lune’s other stores and the cultural role it plays in the Melbourne food scene, what was the brief provided to you for this outlet?

Tess Carpenter: As a brand, Lune’s all about showcasing the art of croissant making. It’s not just your typical bakery where you’ve potentially got a lot of finishes and detail. The approach was about stripping it back to a really raw form that enhances that croissant.

For example, the concrete benches – it’s such a raw material. But they lay the croissants out directly onto the concrete bench and it makes them pop. For Armadale, it’s also important to respond to the clientele around that area, which is very different to, say, the Fitzroy store, where you’ve got your hipster types. In Armadale you might have a mum coming in with a couple of young kids that are used to that High Street Armadale level of finish, where there are more brasses, more stones, more luxurious finishes.

We definitely wanted to still respond to that clientele – we have a few dashes of brass where we have that standing bench. And then we did a few dashes of stone, which was a red marble along the high bench as well. That’s specific to that store. We try and pick a stone per store that responds to the suburb and the demographic.

What was the original site?

It’s a totally new building by a company called Moda, which works in our building. They’re like a sister company to Ewert Leaf. They’re developers, and they sometimes will let us know, “Hey, we’ve got this site in Armadale. Do you know any good clients that would want to lease the space?”

We’ve been in touch with Lune sporadically over the years and so one of our directors said, “Hey, we’ve got this great site in Armadale that we think would be perfect for you. Are you interested?”

And as soon as they came and saw it, they were like, “Yep. A 100 percent, this is us. This is the right size. We’ve been wanting to come south of the river.”

Because they originally started in Elwood, and they were keen to get back in the south. It just all married up, and then they signed on.

From start to end, what was the design process like?

It was a pretty quick design process because I think we only did one or two rounds of changes. We all were aligned and did it pretty quickly. We documented over January and I think it was maybe three months all up for the whole design process.

In your design statement, it says, “the space was to be void of all visual noise and celebrate the craft of croissant making”. Can you elaborate?

The owner of Lune, Kate Reid, is all about the art of it and the precision that goes into making each type of croissant.

It’s not all about the end product; it’s about their process and how they get from prepping the dough right to when they start baking it – even just the process of taking it out of the oven and having the smell. She’s very sensorial. The interior had to allow for that and not make the space feel cluttered and draw attention away from her craft.

We studied a lot of gallery spaces and minimalist interiors, and every sort of design iteration was about stripping stuff out. It was about distilling everything down to its essence, but it was still going to be functional, because sometimes the more you strip out, you can lose a bit of function.

Lune Armadale features quite a lot of negative space. How did you balance negative and positive space without it becoming too cold and clinical?

The balance comes from the monolithic forms. The concrete bench, for example, originally started as two separate blocks. It was like a coffee bar and then croissant servery. And because it’s quite a small space, there was too much negative space around it. You had three different gaps. We tried shoving it against the wall. And in the end, we just ended up with this one monolithic concrete bench that houses everything, and you get this nice circulation, being able to walk around it.

And similarly, when you go to the left, there’s a really large, brass standing bar. We workshopped that a lot with Lune. They’re not very traditional in the sense they don’t like having furniture. They prefer people to come in, have the experience, maybe stand for 10 minutes while they have a coffee and eat their croissant, and then leave. They’re not wanting people to hang around and have a big, upholstered lounge chair or anything.

I went back last weekend and, funnily enough, it works. People were standing around the entirety of that brass bench, and all along the window as well. It was making sure it’s a point of wayfinding too.

Virtual reality technology was utilised for Lune Armadale. How does VR help in the design process?

We’re really big on the VR at Ewert Leaf. We find it definitely helps communicate scale to a client.

Sometimes with a three-dimensional render, it’s hard to envisage how big you are or how tall you are in that space and get a sense of the scale of everything. Our director, Will [Leaf], has always been a massive entrepreneur and across all the latest technology.

We find it minimises the number of changes that we go through as well. It’s not like, ‘Oh, hey, can you show me 10 more views of this area, this area and this area?’ [Clients] can just pop the goggles on and have a walk around and feel the scale of the space. And we find it connects them more too. They feel like they’re there. They have that emotional connection to the design.

When working in hospitality design, what is something you always try to keep in mind?

The most interesting thing with every client is they all have different ways of operating. We’re not here to say ‘this is how you should work’. It’s about really listening and understanding what they need to do their craft the best that they can, and then it’s heightening that experience both for them and their brand.

How do you want people to feel when they walk into Lune Armadale?

Just excited to experience such an amazing craft. You don’t usually get that exposure to seeing the whole process that goes into making a croissant. We would want people to walk in and be excited to be able to experience that and want to come back again and again, not just as a one-off, but embed it in their culture. Like, ‘Saturday morning, I’m going to go to Lune Armadale, grab my croissant and grab my coffee’.

Also in Melbourne, check out the summer blockbuster season coming to the NGV.