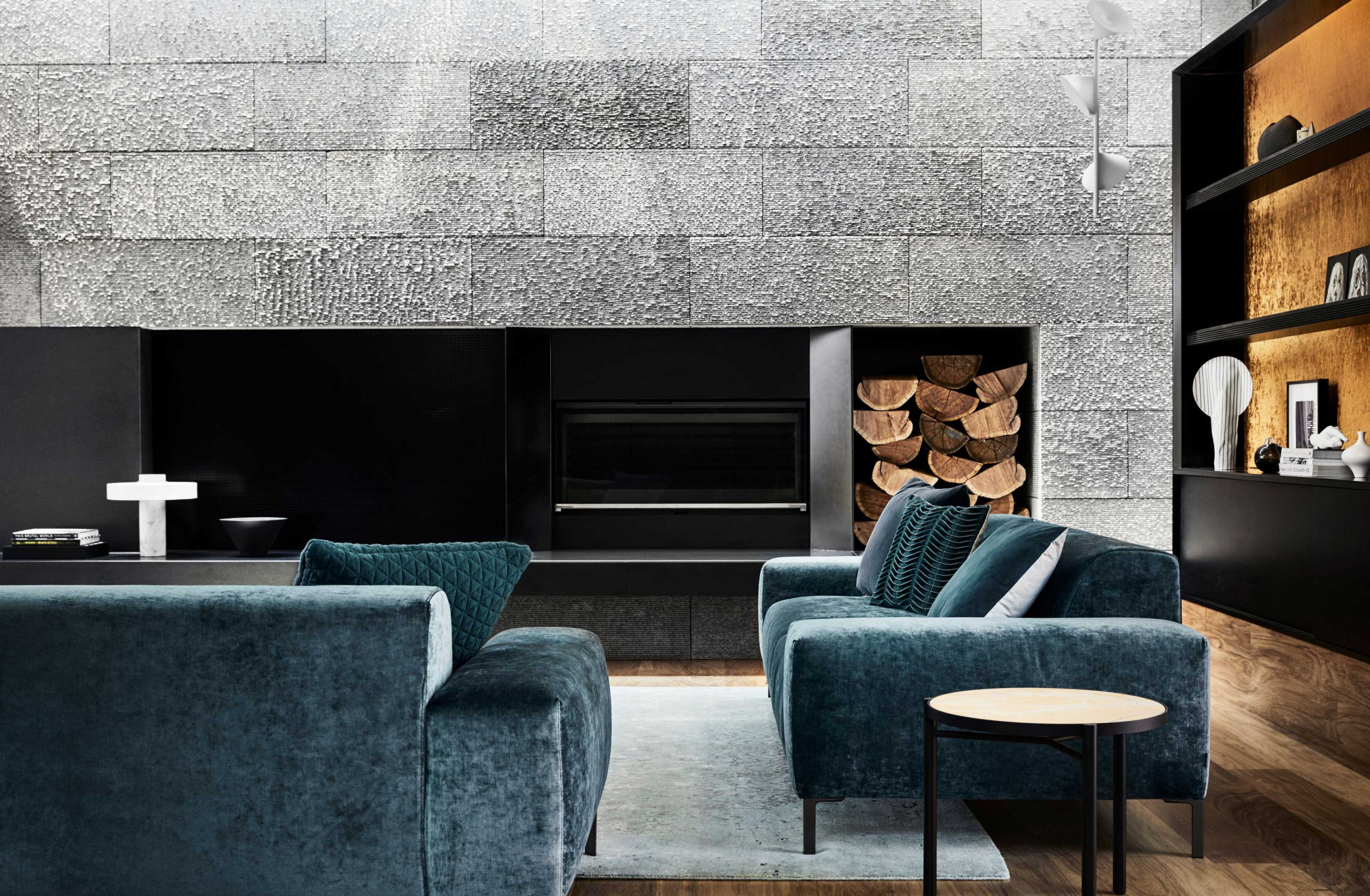 In an ode to the quarries that once stood in the area, Cornerstone House by Splinter Society Architecture is designed as the intersection between raw and refined.

The home in the Melbourne suburb of Northcote took shape from a series of large boulders positioned at key moments throughout the project.

The suburb was home to the Northcote Brickworks quarry, which was founded 1866 and ceased operations in 1998.

The massive rocks used in the project are largely left in a rough state just as they are when extracted from the earth, preserving and highlighting the markings from industrial tooling.

At points these are partitions, joinery, flooring, landscaping and even occasionally furniture.

In construction, the cornerstones were first craned onto site and the structure was built around them.

“A stone quarry is an awe-inspiring place where raw meets refined at an impressive scale,” says the studio.

“The approach to the design is likewise to push the opposing notions into a harmonious balance that adds rich experiential qualities into the fabric of the building.”

The two-storey structure is clad in black steel as a “counterpart to the natural, split face stone”.

The palette is continued inside with blackened timber slats and fine steel handrails that line the staircase that connects the two floors.

“Carefully considering refinement and balance, the house is infused with warmth through the use of natural timbers and rose-tone metals,” says Splinter Society Architecture.

“At times, these are activated by changing light conditions through the day and at others they create more tactile interactions for the inhabitants.”

In the living spaces, the stone is contrasted with metallic highlights and teal velvets. In the kitchen, the island has a stone plinth accent and brass facade, paired with all-black cabinetry.

While upstairs, white timber panels and oak line the bedrooms, along with teal velvet carpeting.

Responding to the neighbouring buildings, the massing is set to one side of the site to mitigate the imposing scale and sit respectfully into the streetscape.

The roofline of the house follows the pitched form and curves down floating over the living and dining spaces.

The positioning of the house provides protection from neighbouring sightlines resulting in a secluded pool surrounded by a garden setting.

The hardness of the architecture is offset by the softness of the landscaping and the curving walkways. A stone table and light timber decking complete the outdoor space.

Led by directors Asha Nicholas and Chris Stanley, Splinter Society is an architecture and interior design studio based in Melbourne.

Inspired by hygge and the beauty of the unadorned, studiofour played on a similar contrast between stone and black steel in its transformation of a 1970s brown brick building into a Melbourne family home.