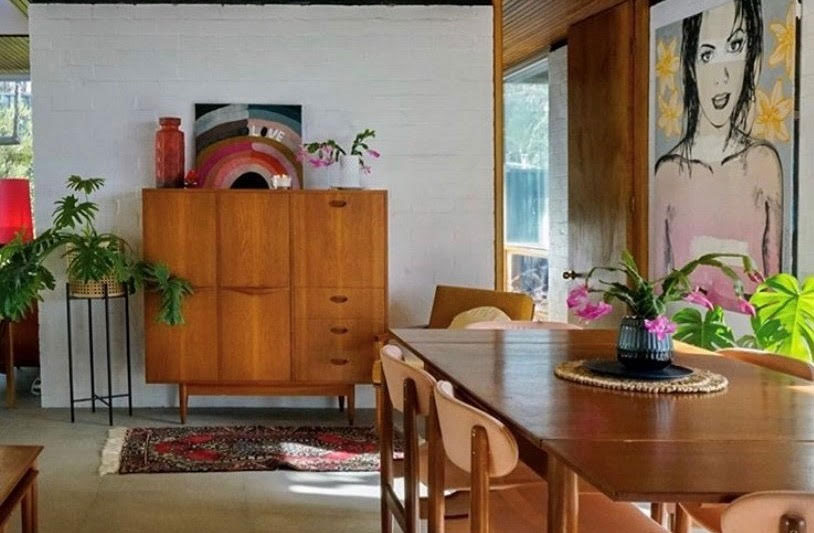 Munns House and mid-century design in focus for DESIGN Canberra

With two weeks left until DESIGN Canberra comes to an end, we’re looking at one of the festival’s upcoming highlights – an architectural stroll through some of the capital’s most iconic mid-century homes, including the little known Munns House.

I caught up with the home’s owner, Amy Wilson, recently to chat about the property, which is an underrated gem originally designed by commercial architect Ernest Munns in 1969.

A real estate agent, Wilson bought the house in Araba Place, Aranda, after initially moving in with her family as a renter.

“We were originally planning on building a house, so we rented Munns House in the meantime. It had been rented for almost 20 years and was pretty rundown, but from the moment I saw, I couldn’t imagine living anywhere else,” explains Wilson.

On 15 November 2020, DESIGN Canberra will lead a tour to Munns House along with a number of other iconic homes in the area, including one designed by Roger and Anthony Pegrum in 1970 and Juad Place, designed by Enrico Taglietti in 1970.

It’s just one of a series of house tours the festival will be running before DESIGN Canberra comes to an end on 29 November.

Munns house was designed as the architect’s family residence. Completed in 1971, the home was designed by Munns after he moved to Canberra to manage the local office of Sydney architect Kevin Curtain.

The house has elements of the Sydney School style – painted brick, extensive decking, a native landscape setting and clerestory windows to admit northern light into the south side of the house.

As mid-century architecture archivist Martin Miles explains, the home was deliberately designed to feel like e a tree house. Even the white beams that support the home were chosen complement the mature white eucalyptus trees in the garden.

“It’s sited on a steep block and the house is set high above the ground on the northern side on steel beams and columns that sort of enclose the rectangular form of the dwelling,” he says.

“So you look out in every room, each of which has full height glass, and you’re looking out to trees and birds.”

But Munns House stands out from the other modernist homes in Canberra – there are more than 200, according to Miles – because it also features elements of the post-war international style.

“That is incredibly rare. In fact, I can’t think of another house of this quality in Canberra that has its combination of styles,” he says.

“Its rectangular shape raised off the ground and the steel pillars wrapping around the house are in the international style, but the painted brick glass and extensive use of timber inside is very Sydney School.”

In the most recently restored section of the house, the kitchen, wooden strips run vertically up the walls, mirroring the original home’s cedar ceiling.

In the bedrooms, north-facing windows capture views of the mountains, along with the shimmering reflection of the pool on the ceiling above.

Munns designed the entire house with light in mind, installing skylights wherever floor-to-ceiling windows weren’t possible. But the most iconic piece in the home is the original prefabricated stainless steel fireplace in the living room.

“I haven’t seen anything like that in any other house in the area, so I assume Munn designed it himself,” says Miles.

In this room and elsewhere in the house, mid-century pieces complement the home’s architectural design. It took Wilson years to collect these retro pieces, but she says it was worth it.

“Even as a kid growing up in Canberra, I’ve always had a thing for mid-century design,” she says. “I had a dolls house that was my mum’s and it was mid-century as well and I just remember loving it,” she says.

“And while it can be paralysing to live in such a historic house – we’re always worried about making changes that could be detrimental – it’s also really rewarding.

“The home’s previous owner was worried that the person who bought Munns House would knock it down to build some McMansion, but we’ve just fallen in love with it and we hope, frankly, that it stays in the family forever.”

For more mid-century design, check out the Design Canberra website to see what’s on for the festival’s final two weeks.

What not to miss at DESIGN Canberra 2020