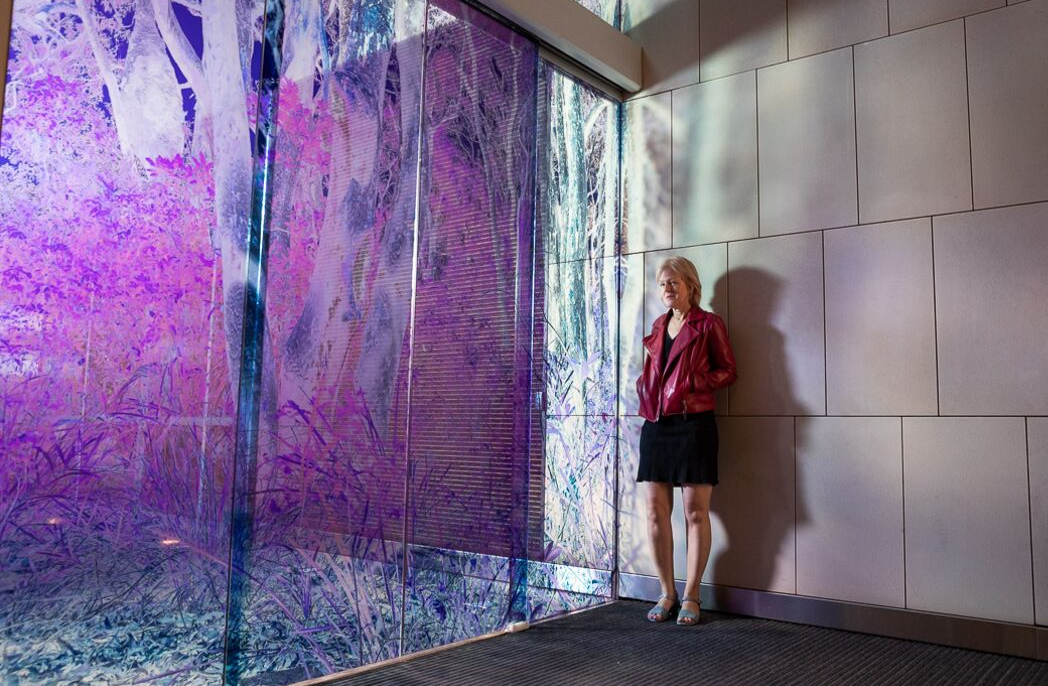 Commissioned by Lendlease in 2017 and completed in September 2019, the vast site-specific work is made up of transparent images of native flora embedded in large expanses of glass in the walkways and passages between the Towers. With plants viewed either as transparent shadows or reflections, the work offers viewers what Hornig describes as “a simultaneous vision into a parallel world”.

Leanne Boyle, executive development director, Barangaroo South at Lendlease, says: “Sabine Hornig’s Shadows is a significant addition to Sydney’s public art, with the vast installation connecting International Towers with the public domain via the Through-site link at the heart of Barangaroo South.”

Shadows features images of plants native to New South Wales – including the strangler fig, Angophora, Banksia and the Gymea lily – referencing the history of Barangaroo and evoking how the land may have looked before European settlement.

Inspiration for the work came in 2015, when Hornig was given a tour of Sydney’s Royal Botanic Gardens by Kukuyalanji woman Henrietta Baird. It impressed on her “the importance of plants to indigenous Australians.”

Hornig explained: “I wanted to pay homage to the importance of this particular site; its history and significance. In response to the growth of the towers I sought to create a vast growth of plants right there in the shadow of the towers, for people to wander through and to reflect upon.”

The artwork reflects what Hornig describes as “beautiful iridescent shadows” onto the viewers’ faces and bodies. Not only do pedestrians participate in the art but, with the doors covered in printed photographs as well, viewers can literally walk through the imagery.

By superimposing timeless forms of nature onto the tall planes of glass of the towers, Hornig’s art connects the new precinct with its ancient past, its natural wonders and its unique ecological treasures. This path through the buildings emphasises the persistence of the natural world and the resilience of the original land on which Barangaroo stands.

Hornig adds: “In our modern, Western culture we have such disregard for the land. And we observe the constant building and destruction of buildings with a complete neglect for the local peculiarities of certain sites.” Keen to rebut this trend, Hornig has drawn on the idea of Sydney as a city that is both bustling metropolis and gifted with ample natural wonders.

The Lendlease Art Advisory Panel selected Hornig from a shortlist of four local and international artist submissions in 2017, following a consideration of more than 200 artists for the project as led by Barbara Flynn, curatorial adviser to Lendlease for Barangaroo South. Flynn notes: “In her art Hornig has captured how close wilderness areas still are to Sydney’s city centre. Shadows is intelligent in its understanding of the city. It succeeds in its primary aim to draw people from the city through the towers to the harbour.”

Born in Pforzheim, West Germany and living in Berlin, Hornig has had her work  appear at prominent galleries worldwide, including MoMA, the Pinakothek der Moderne and the Guggenheim Museum.

Commenting on the selection, Simon Mordant AM, chair, Lendlease Art Advisory Panel, says: “A robust art selection process has resulted in a world-class public artwork for Barangaroo South and the people of Sydney. Sabine’s work is a standout on many levels including her engagement with the public domain and her connection between art, architecture and nature. We are impressed with Sabine’s engagement with the alternative narratives of the site.” 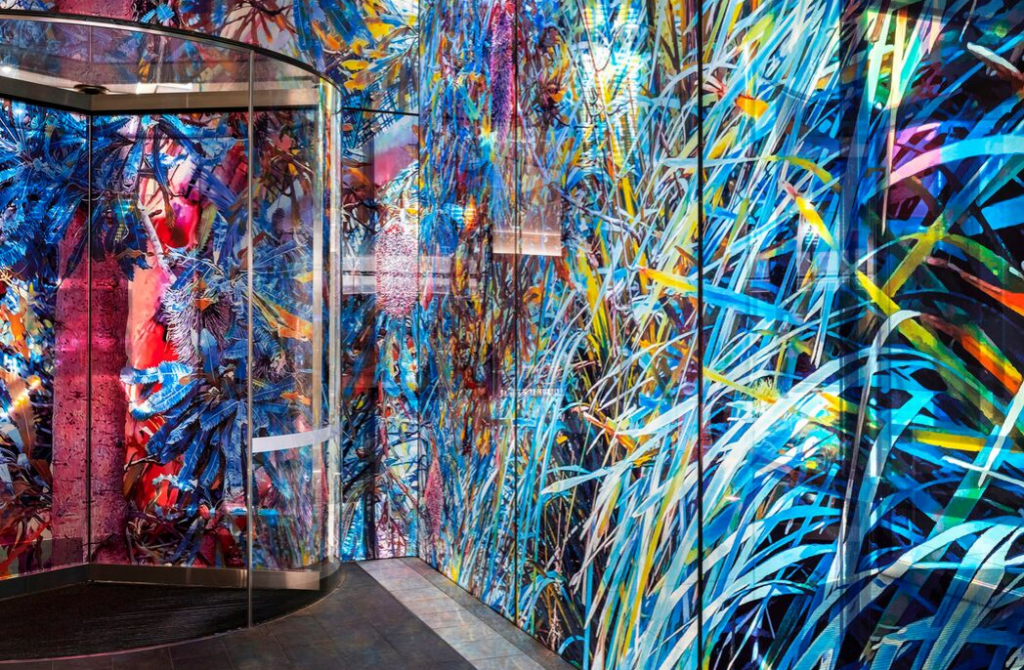