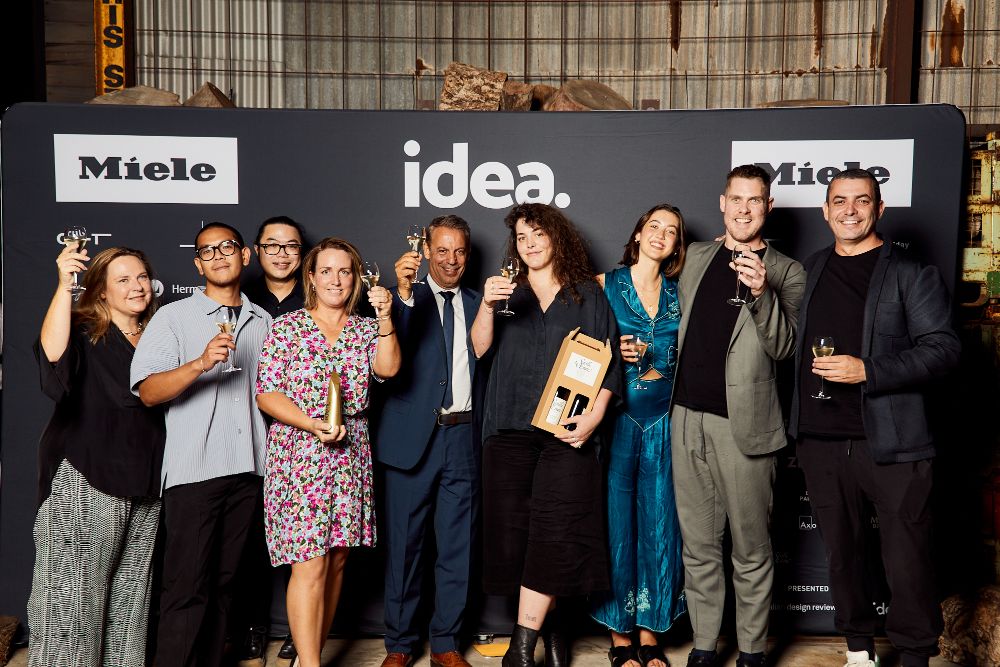 Architects and interior designers from all over Australia cheered on extraordinary local design at The Timber Yard in Melbourne for this year’s IDEA Gala party.

A couple of months ago, we made the decision to postpone our awards ceremony, which was originally scheduled for November 2020, until we could all come together safely and securely.

After the scare that was last week’s snap five-day Victorian lockdown, we were overjoyed to be able to go ahead with the gala party on Friday 19 February.

Almost 500 architects, designers and design enthusiasts joined us from the across the country to celebrate 2020’s category and overall design award winners.

Flack Studio, Esoteriko, COX, Alexander & CO., Hassell and GOLDEN were among the project category winners that picked up an IDEA trophy, designed by Axolotl, on the night.

They were joined by Jeremy Bull, Simone Haag and Andrew Parr, who were all on the panel of industry-leading professionals that judged this year’s IDEA.

Sydney-based Anna Trefely of Esoteriko was named the best emerging practice of the year.

COX took home this year’s Editors’ Medal for Tedesca from inside editor Elisa Scarton, while the winning hospitality category was awarded to Alexander & CO. for Glorietta.

The overall winner was Private Residence by Richards Stanisich. This classic mid-century residence, originally designed by Harry Seidler and built in 1958 is a tribute to ’50s modernism in Sydney, also won the night’s Residential Single award.

Melbourne-based Flack Studio was crowned Designer of the Year, while Hare + Klein’s Meryl Hare was named the Gold Medal.

Check out the best photos from the night:

Christopher Boots for the Platto Side Table

Bates Smart for The Gandel Wing

See all the images from the 2020 IDEA Gala party here.

Entries for IDEA 2021 open this Friday 26 February! Get yours in early for your chance to pick up your own trophy at next year’s gala.