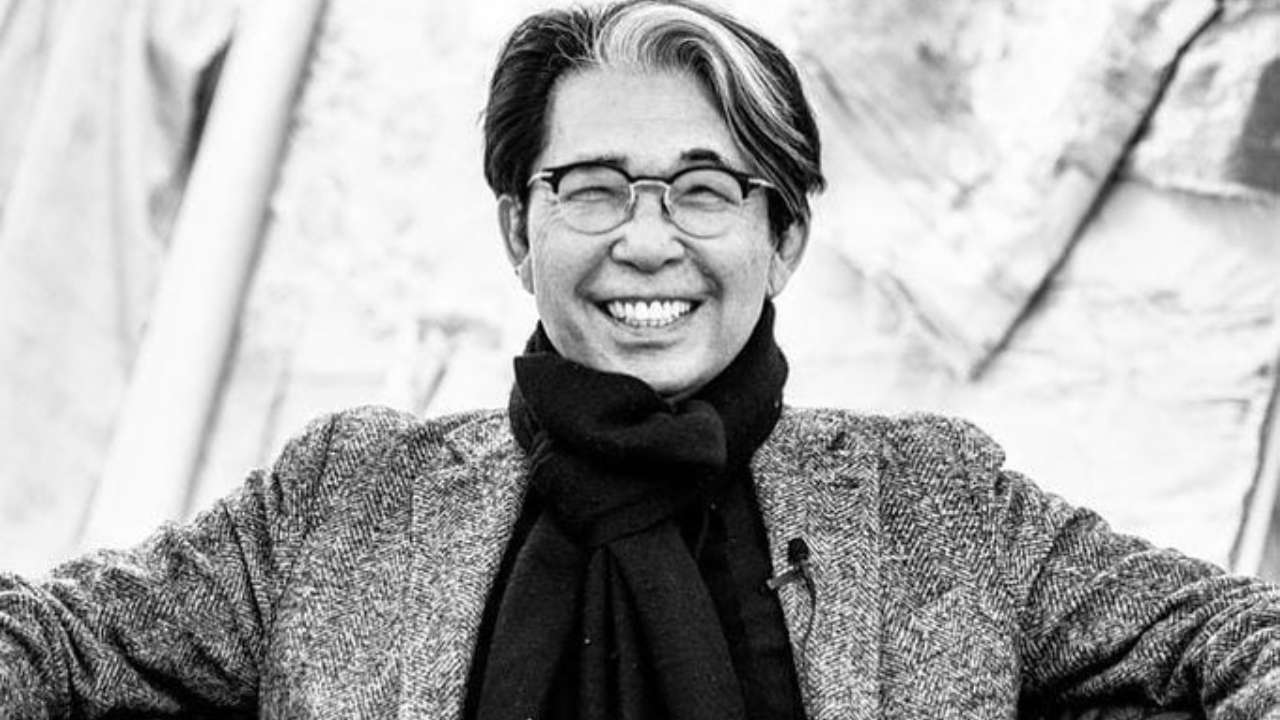 The artistic director of K-3 and founder of Kenzo, Kenzo Takada, died at the weekend from COVID-19 related complications.

The Japanese-born designer passed away in the American Hospital in Paris, where he had resided since 1965.

Takada was born in 1939 in Himeji to hotelier parents. After the death of his father, he became the first man to study fashion at Bunka Fashion College in Tokyo.

A few years later, the Japanese government demolished his apartment to make way for the 1964 Olympics. Takada used the compensation money to buy a boat ticket to Paris, where he originally planned on staying for just six months.

He was inspired by French fashion designer Yves Saint Laurent, spoke only a little French and was almost penniless when he arrived. His first impression of Paris was that it was “dismal and bleak” but that Notre Dame Cathedral was “magnificent”.

With his iconic round glasses, the designer is best known for introducing Japanese prints and textiles to Europe’s catwalks, with animals, florals and geometric patterns defining his signature style.

In 1970, Takada presented his first collection, made with cheap fabrics from a Montmartre market, from a small shop in the French capital. He called his label Jungle Jap as a nod to his country of birth and his love for the rainforest aesthetic.

New Zealand-born design director of Kenzo from 2012-19 Ben Mazey told the ABC that Takada was “delightfully free of ego”.

“Everything was democratic — he didn’t make clothes for the elite bourgeoise — he made them for his friends and had zero care about class.”

The label was an instant success, but the name proved controversial in America, where it was considered a derogatory term, so Takada opted for a rebrand.

“I knew it had a pejorative meaning,” he told the New York Times in a 1972 interview.

“But I thought if I did something good, I would change the meaning.”

Following the inauguration of his flagship store in Places des Victoires in 1976, his first men’s line in 1988 and a foray into the perfume world, which included the popular Flower by Kenzo, Takada sold KENZO to luxury French conglomerate LVMH in 1990.

Around the same time, he lost his life partner, Xavier de Castella, to AIDS.

In 2000, he launched K-3, a luxury brand dedicated to the “art of living” along with Jonathan Bouchet Manheim and Engelbert Honorat.

With a showroom in Saint-Germain-des-Prés, K3 has conceptualised an extensive, yet meticulously curated collection, including chairs, sofas, tables, rugs, bed linens, home textiles and accessories.

“Kenzo Takada was incredibly creative. With a stroke of genius, he imagined a new artistic and colourful story combining East and West – his native Japan and his life in Paris,” said Bouchet Manheim in a statement.

“He was generous and always knew how to look after the people close to his heart. He had a zest for life… and was the epitome of the art of living.”

“Designer of immense talent, he had given colour and light their place in fashion. Paris is now mourning one of its sons.”