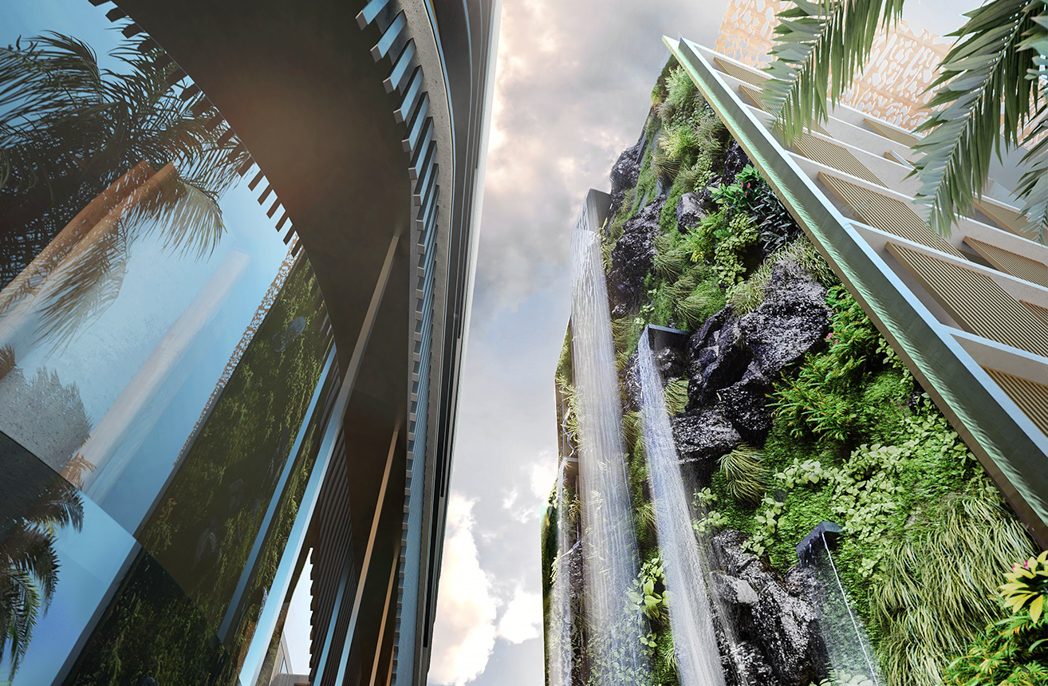 The Sydney suburb of Waterloo could soon boast the country’s tallest man-made waterfall following developer Crown Group’s successful test of a prototype waterfall designed to cascade down the side of a new residential tower complex.

It will be the signature design feature of Crown Group’s $400 million Waterfall development, which comprises 331 apartments across three seven-storey buildings and an iconic 20-storey sculptural tower overlooking lush, tropical landscaping and a beautiful water garden.

Designed by award-winning Sydney-based architects SJB, Waterfall is designed to create an urban oasis and a sense of escape from the hustle and bustle, and bring nature back to the city.

Although construction of the waterfall itself has not begun, a full-scale prototype was tested last week to select the desired weir for water to flow from.

Four types of waterfall weirs (piano keys weir, radius weir, wave weir and saw tooth weir) to see which was both visually pleasing while passing all the construction tests.

Testing of weirs helped to refine the design and the optimum flow rate of water. Tests were also carried out on the blade walls surrounding the waterfalls, which will contain the drift of the spray.

Four weirs will be used in total, creating four separate waterfalls at varying heights up the building. Wind monitors will also be installed to monitor wind speeds, which may then vary the volume of water being discharged and which would allow some waterfalls to be switched off in periods of high wind.

Slated for completion in 2020, the project will also include a large-scale artwork by Mika Utzon Popov, the grandson of Sydney Opera House architect Jørn Utzon.