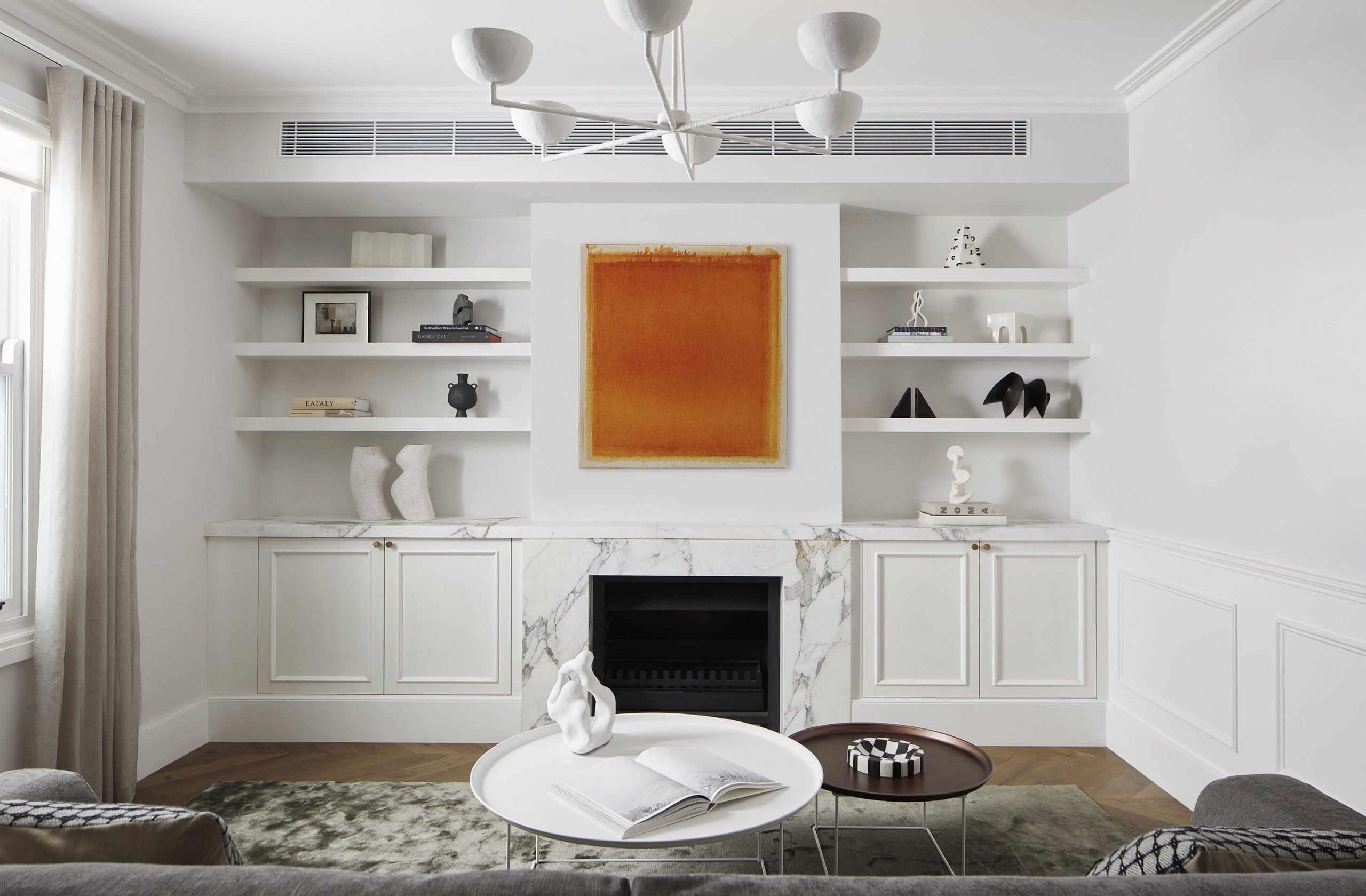 Sydney-based design studio The Unlisted Collective has blended the traditional with the transitional to rejuvenate a Surry Hills family home.

The project has been shortlisted in the Residential Single category for IDEA 2021 with winners to be announced next year on Thursday 24 February 2022.

This year’s tickets are $220 (includes GST and Eventbrite charges). Buy yours now!

With a combination of Victorian ornamentations and a French feel, Surry Hills Terrace stimulates a lavish tone with a sense of warmth and tranquillity.

“The entwining of a soft neutral palette of milky hues cleverly creates a gentle backdrop with the accents of natural stones including terrazzo and marble, combined with rich oak timbre herringbone, and subtle hints of aged brass,” says the designer.

The terrace did pose some challenges however for The Unlisted Collective, with its amiable Heritage elements, unfortunately, stripped out by previous owners. The studio also dealt with rising damp skirting boards being covered in weeds.

The Unlisted Collective says the brief was to “emphasise a symbolic element of people and vivacity” through narrative and perpetual living spaces.

“Through the combination of rich materials, aged brass fittings and the use of subtle hues, we created an environment that was welcoming and homely.”

With with an expanding family in mind, The Unlisted Collective also ensured there was a sophisticated separation between the private and public spaces.

From the external courtyard highlighting hints of light grey limestone through to the dining area of softened sheer drapery and oak herringbone floors, designers fostered a relaxed and serene orientation for the family to grow.

The studio also added a mixture of wainscotting and Arabescato Bagli marble accents with detailed cornices and decorative architraves to revitalise the “rich-Heritage history” within the home.

The Unlisted Collective is a Sydney-based design studio established in 2016 by interior designer Bianca Fraser.

Since starting her practice, Fraser has completed a number of high-end residential and commercial projects.

The Unlisted Collective is also a finalist for the Emerging Designer of the Year with two more projects shortlisted in both the Hospitality and Residential Single categories.