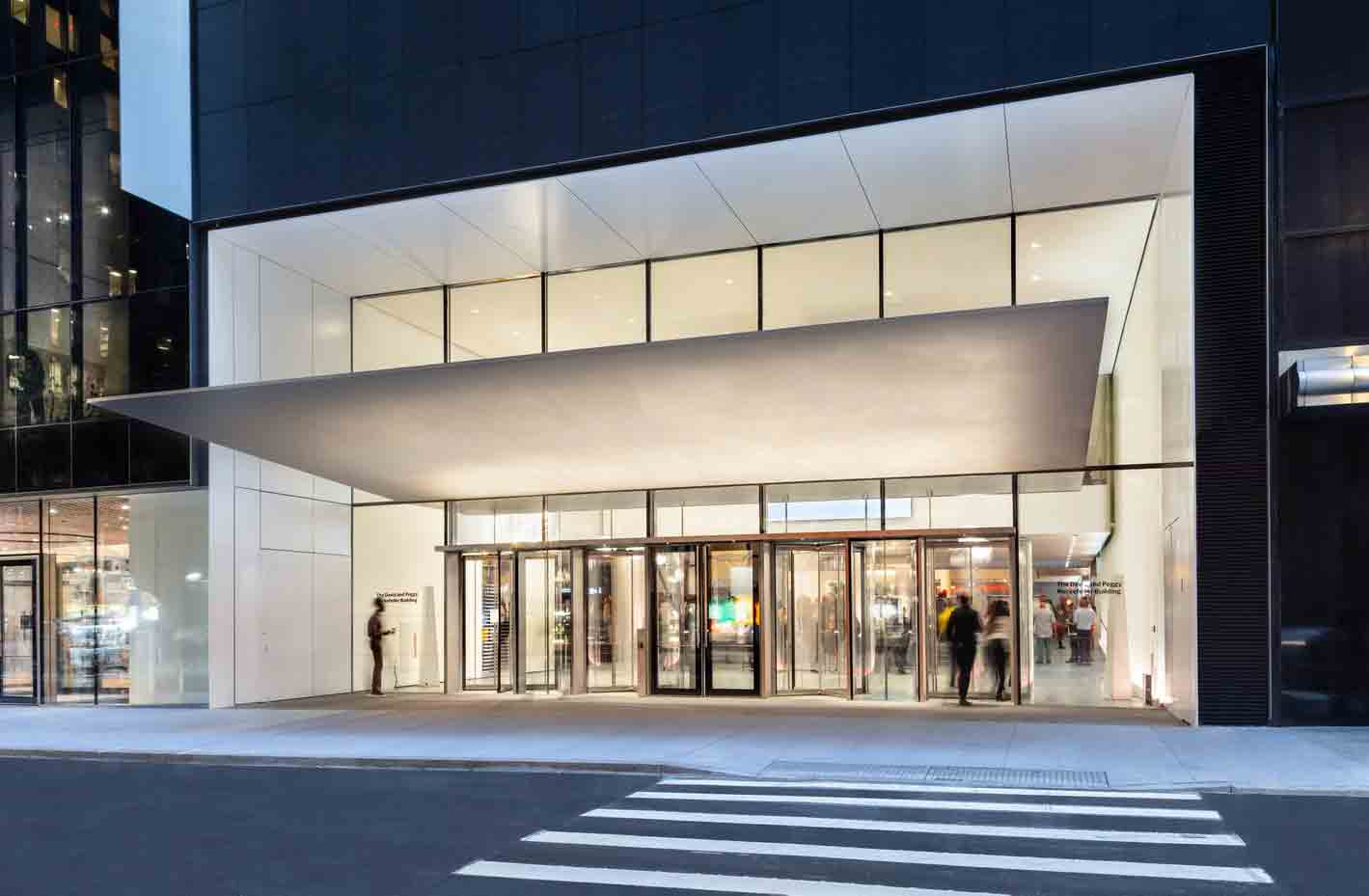 Mixed reviews for the new Museum of Modern Art (MoMa), which is set to open its doors to the public on 21 October.

An extra 15,3330m2 of gallery space, an increase of 30 percent, was the main goal for the interdisciplinary design studio Diller Scofidio + Renfro, which started renovations in 2013 together with Gensler. 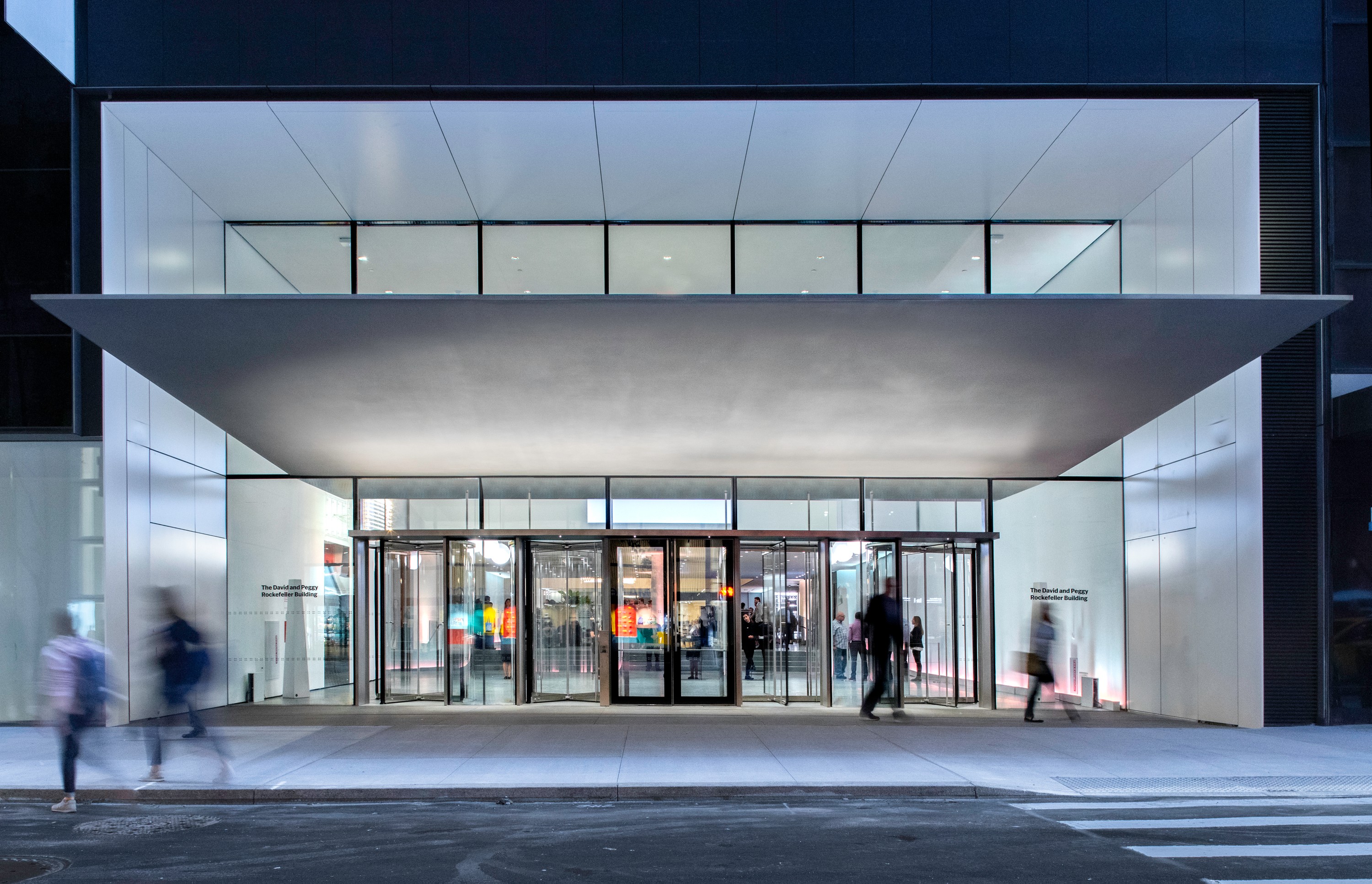 But to achieve that, the museum had to tear down the neighbouring American Folk Art Museum, designed by Ted Williams Billie Tsien Architects in 2007.

The decision caused considerable backlash among architects and the public and despite promises from Diller Scofido + Renfro to save it, the contemporary gem was demolished and its bronze facade taken into storage. 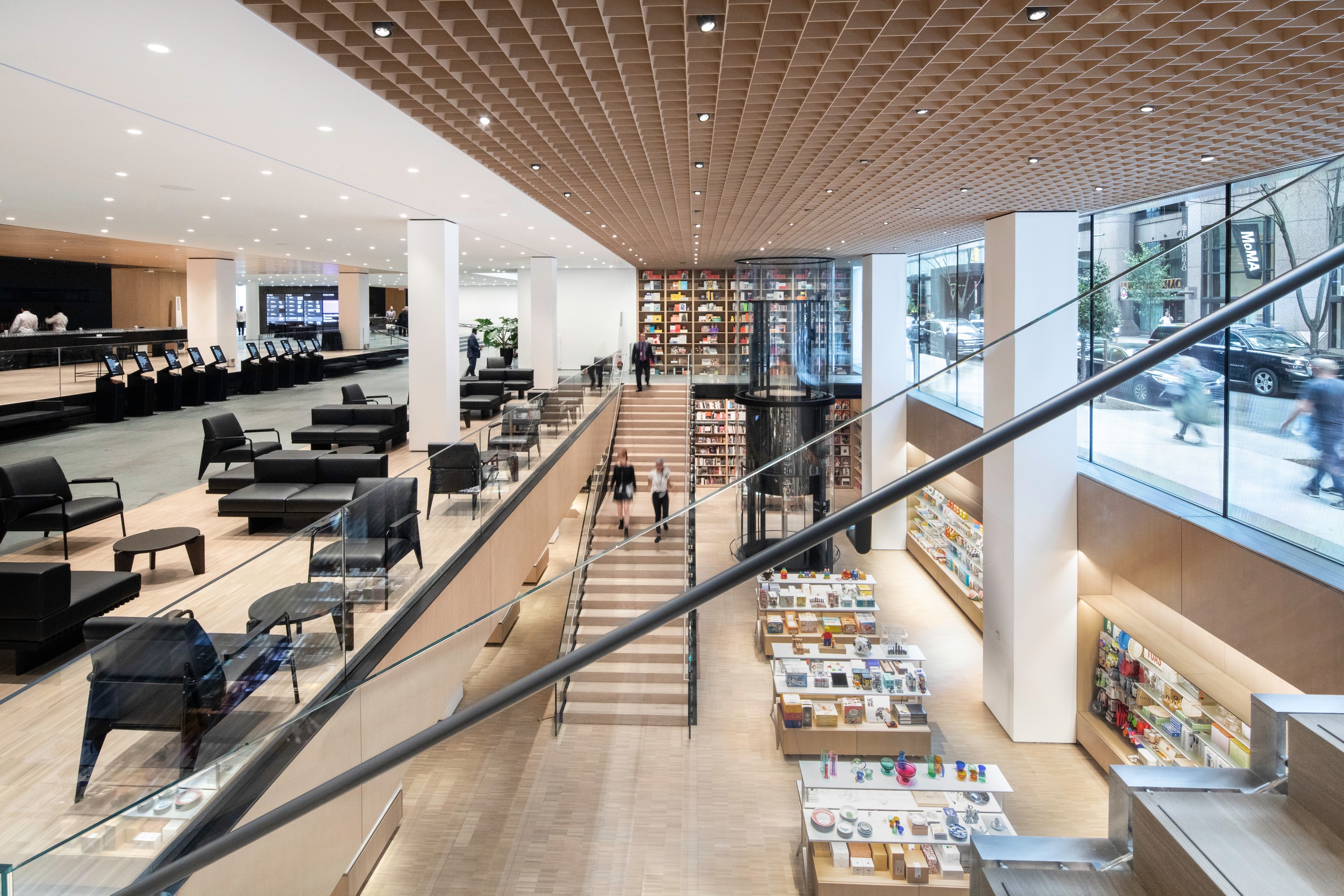 In its place, a street level gallery that’s open to the public free of charge. Beyond it, the double-height Projects Gallery, also free. As for the main MoMa entrance, it greets visitors on 53rd Street with a dramatic knife-edge canopy over a reconfigured lobby. The latter has been expanded to create a light filled, double-height space that connects 53rd and 54th streets.

Inside the museum’s more than 3 million annual visitors will follow what is being described as a ‘gallery loop’ that links the spaces over three floors. Across these floors will be a stack of vertically interlocking galleries of varying heights, which will enable MoMA to present significantly more of its collection through a series of fluid, interconnected narratives of modern and contemporary art. 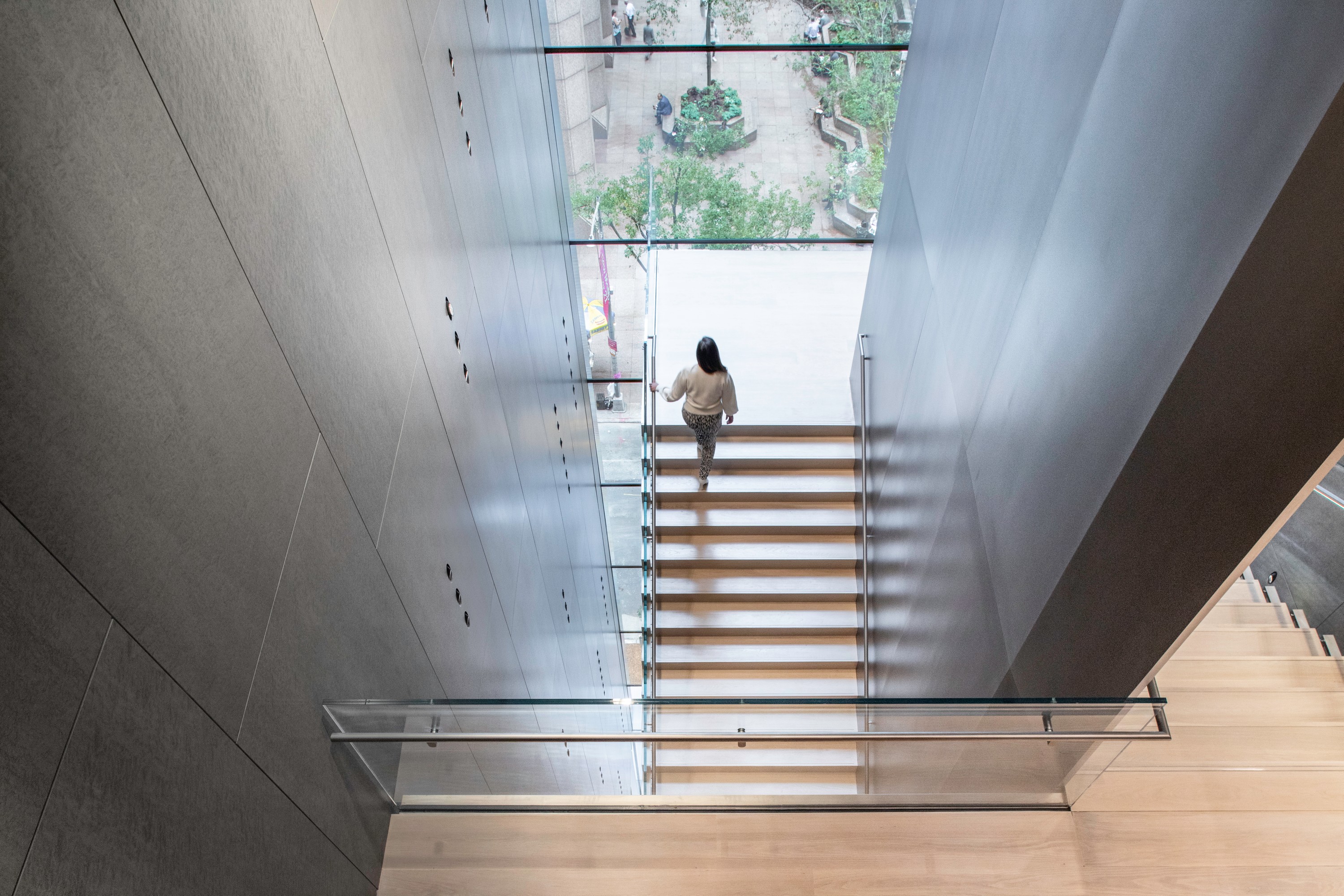 The statement piece is Blade Stair, which marks the threshold to the new expansion of the museum and is being described as a ‘palette cleanser’. The stair is a vibrant urban sculpture, combining a monumental physical presence with intangible structural lightness.

Its minimal expression was achieved through a number of structural innovations – a 15cm thin vertical spine hangs from the roof structure to structurally support the stairs and landings, leaving the structure free of any lateral bracing. Glass balustrades on the seven-foot wide risers are cantilevered and held in place with pins to express the intersection of the two materials, a detail and dimension that echoes the renovated Bauhaus stair. 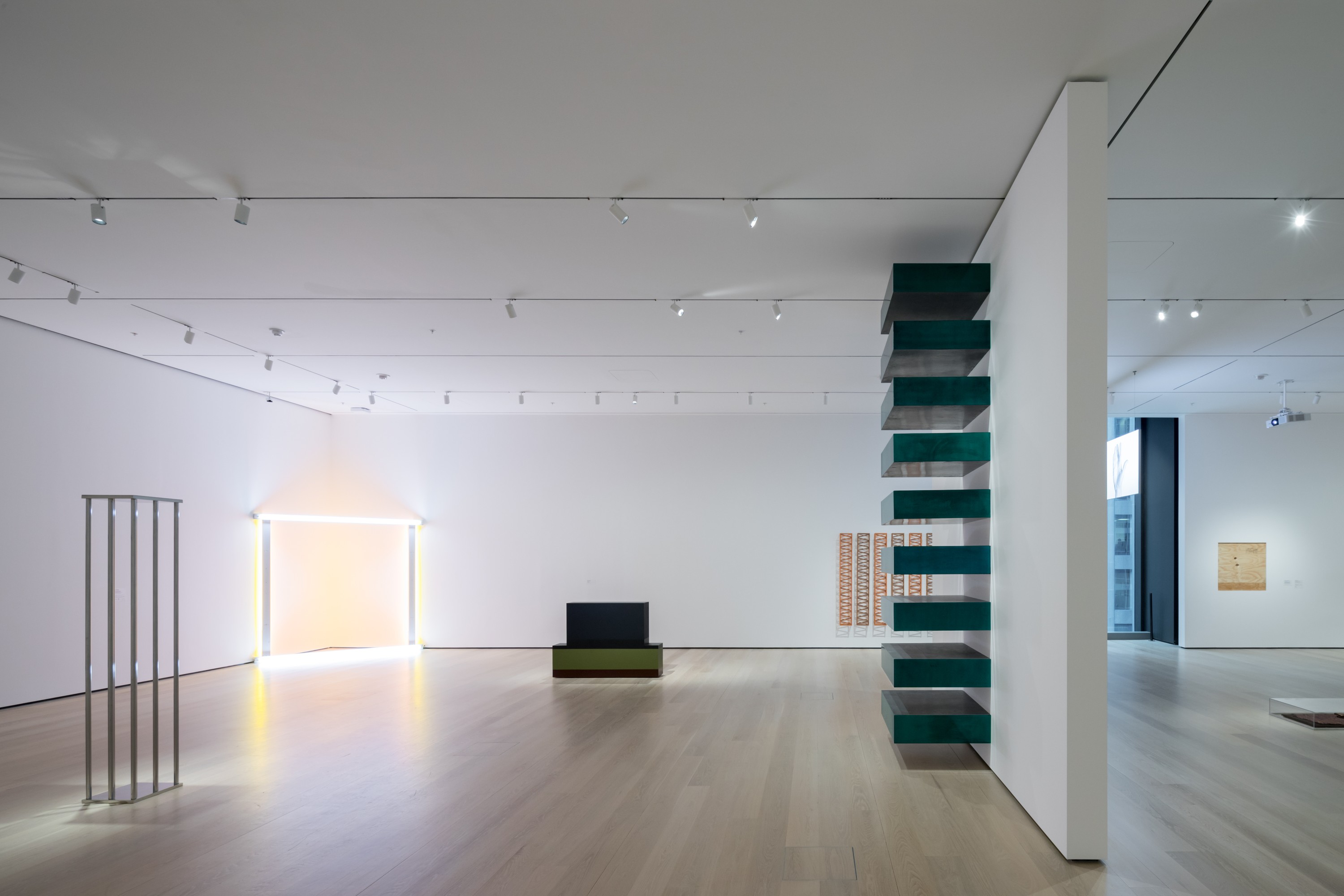 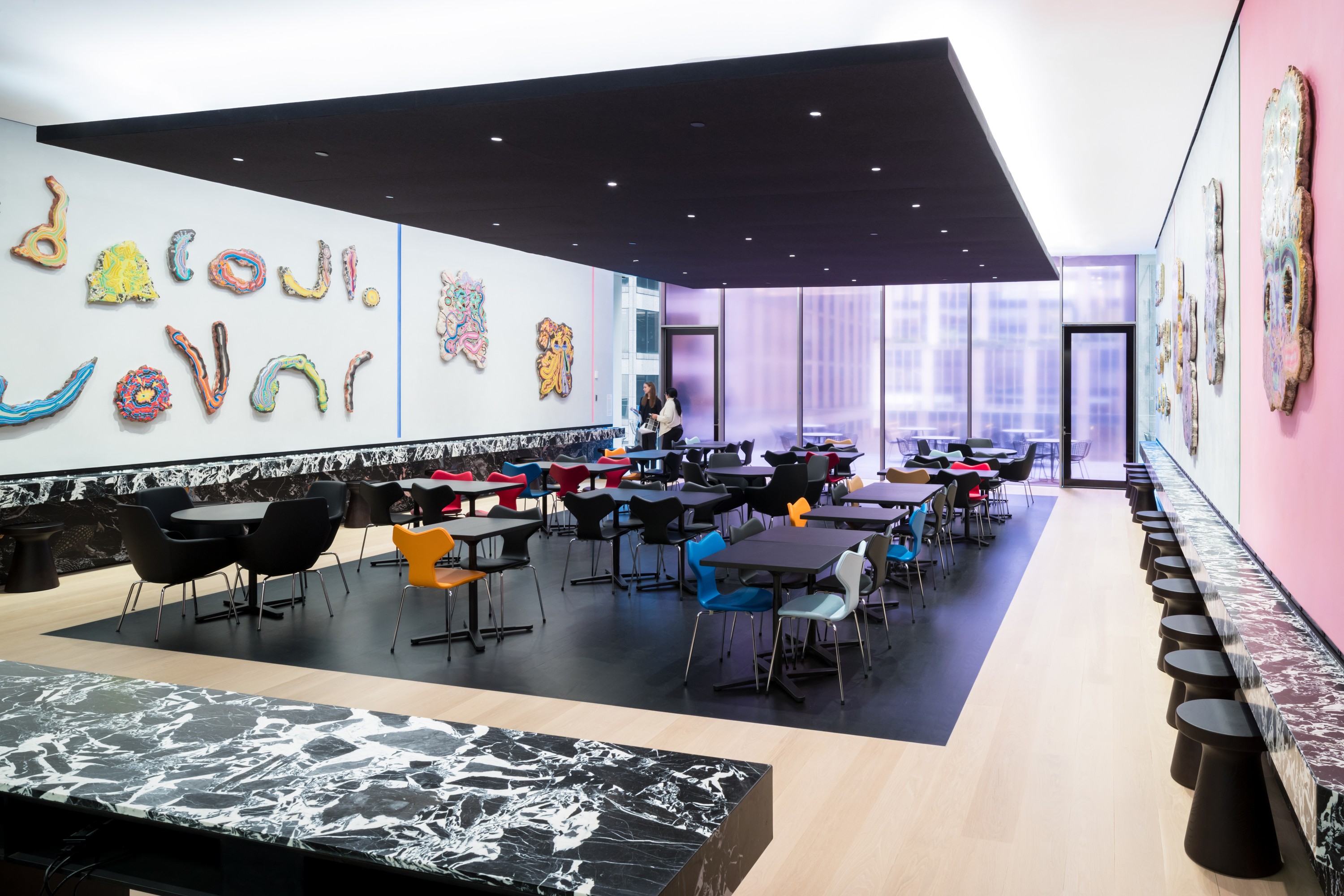 Designers have, however, taken a step away from the traditionalist modernist white as some of the walls will be red, purple, brown and grey. The New York Times recently labelled the project unnecessary, while The Washington Post thought the redesign wouldn’t lend itself to educating patrons about the arts.

Diller Scofidio + Renfro co-founding partner Elizabeth Diller says the project called on them to work across MoMA’s rich architectural history, incorporating the museum’s existing building blocks into a comprehensible whole through careful and deliberate interventions into previous logics, as well as the construction of new logics that arise from MoMA’s current aspirations.

“This work has required the curiosity of an archeologist and the skill of a surgeon,” she says.

“The design integrates the various facets of the Museum’s architectural history, creating a distinct clear-glass facade on 53rd Street that complements the existing Goodwin and Stone, Johnson, and Taniguchi buildings and invites a more open dialogue between interior and exterior spaces.”

This is the second time MoMa has gone under the architectural knife. The first museum on 53rd Street was designed in the International Style by modernist architects Phillip Goodwin and Edward Durell Stone in the late 1930s. In 1997, the museum underwent a major renovation and expansion at the hands of Japanese architect Yoshio Taniguchi, who won a worldwide competition, teaming up with New York firm Kohn Pedersen Fox. The Hines building, designed by French Pritzker Prize winner Jean Nouvel and called 53W53, was also completed this year.