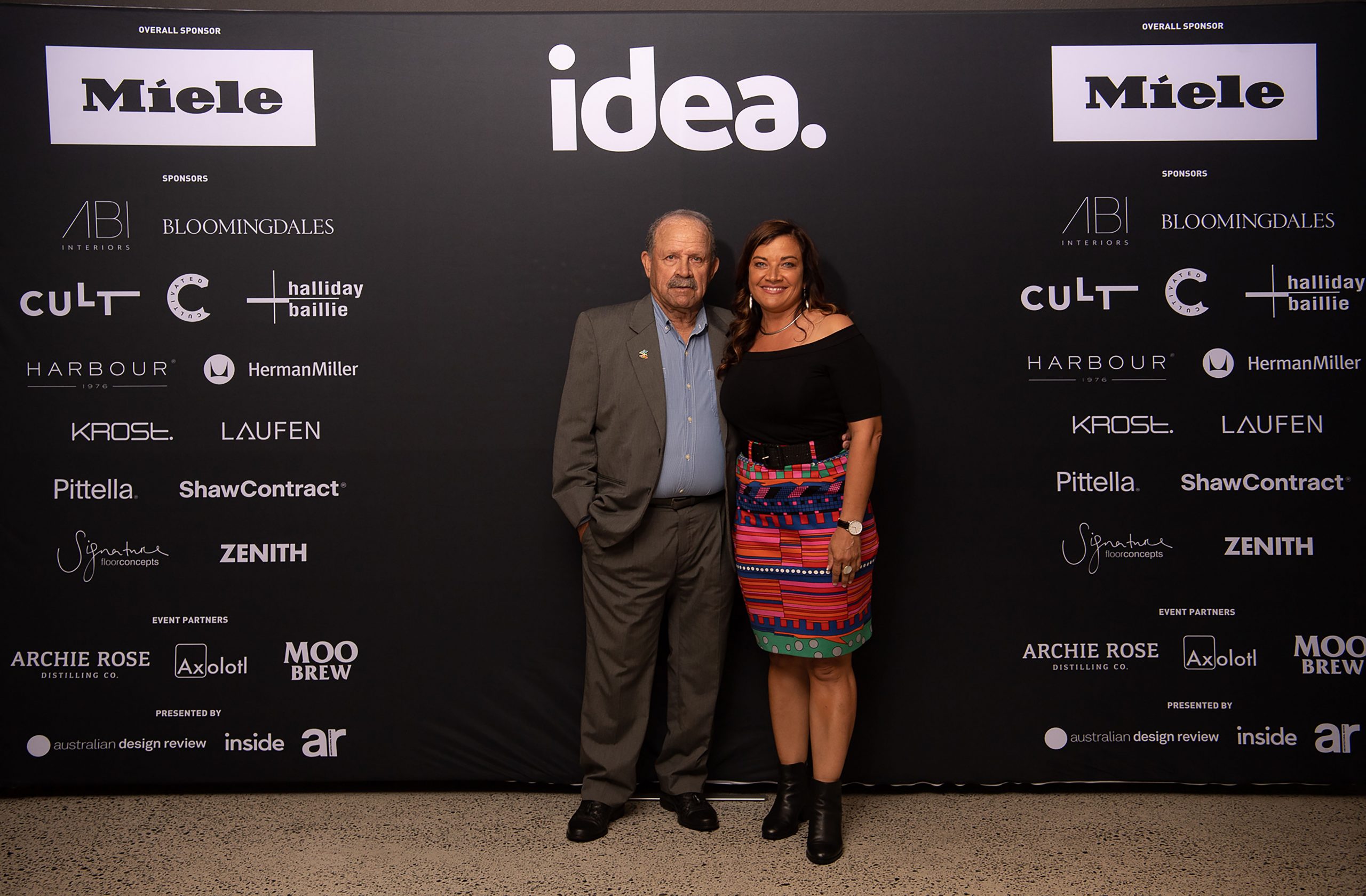 The annual award, now in its 20th year, is given to a practitioner who has “contributed their talent to enriching the design landscape of Australia” and was announced at the IDEA Gala party in Sydney on 24 February 2022.

Last year’s recipient was South African-born, Sydney-based interior designer Meryl Hare, who is also one of the seven expert industry judges for IDEA 2021.

As a descendant of the Walbanga and Wadi Wadi people of the Yuin nation, and as a leading force in the Australian design scene, Page champions the contemporary creative expression of Aboriginal identity.

Page’s creative practice explores links between cultural identity, art and the built environment. As one of three associates of Merrima Design from 1995-1999, she worked with various Aboriginal communities in the delivery of culturally appropriate architectural services. She founded her own interior design studio in 1999 and has since completed projects spanning interiors, public art, installations and film.

In 2021, Page co-authored Design: Building on Country with architect and anthropologist Paul Memmott. The book is a deep dive into the remarkable traditions and contemporary applications of Indigenous design and architecture, but also sheds light on Page’s own experiences as an interior designer in 1990s Australia. “The idea that meaningful stories would drive design decisions was dismissed,” she writes of her years as a design student. “Everything was form and aesthetic, and it was all rather depressing.”

For Page, it was hearing of how practitioners like Canadian architect Douglas Cardinal were bringing Indigenous storytelling and values to the built environment that changed her path as an interior designer in an “increasingly wasteful and materialistic” world.

“When I heard those two words, ‘Aboriginal’ and ‘architecture’, put together for the first time,” she writes. “The universe expanded in an instant.”

It is for the part Page played in sharing this universe and the role she continues to play in advocating that all Australian architecture and design should be an act of co-creation that she is this year’s Gold Medallist. She is an incredible designer, a tireless advocate and a role model to the young people of all backgrounds who view this profession as “some island off the coast, miles and miles away from their reality”.

Earlier last year, Page spoke with ADR about architecture in Australia becoming an act of co-creation with Indigenous Australians and Indigenous design principles.