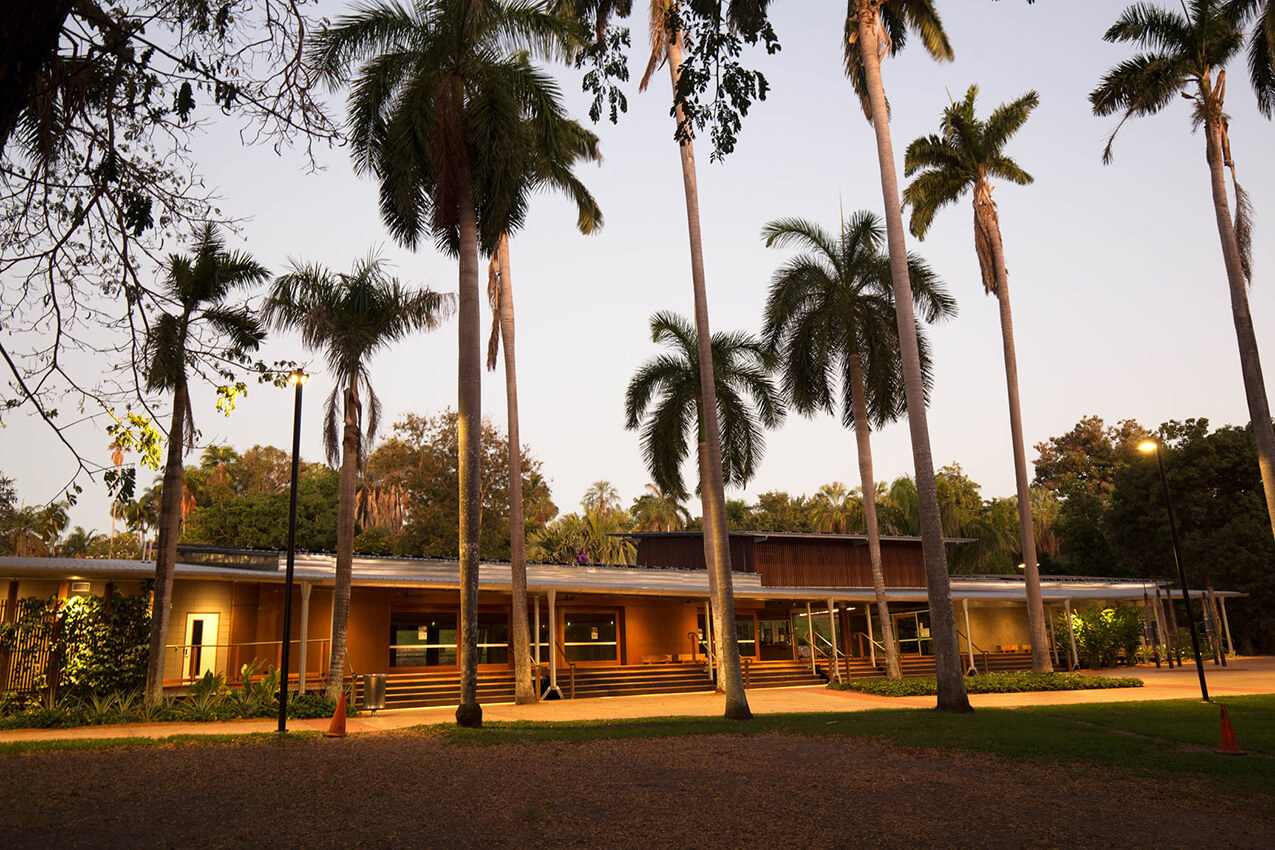 Hully Liveris Design Company drew from the concept of ‘Genius Loci’ in its design for the George Brown Botanic Gardens Visitor and Event Centre in Darwin.

The jury commended the project for embodying “the notion of Genius Loci”.

Originating from Roman mythology, the term refers to the protective spirit of a place. A primary principle of Neo-Rationalism or New Rationalism, it was championed by the Italian architect Aldo Rossi, who was the first Italian to receive the Pritzker Prize in 1990.

“[The centre] embraces its spirit of place both within the Botanic Gardens and within the broader context of Darwin,” the AIA NT Chapter jury said.

“It provides an exemplary example of a work of public architecture, which explores the potential of Darwin’s tropical climate.”

A mixture of permanent and temporary exhibitions and displays highlight the plants, places and people who have made the gardens unique, while a dual multimedia viewing room displays the sights and sounds of the gardens over the wet season and dry season.

“The project was pre-pandemic, but has really reinforced that the Australian community is our community,” he said.

“Growing up in Darwin, this has always been our community. We have a wonderful government that has supported this project and turned visitation from hundreds a week to thousands a week.”

Carefully sited at the base of Frangipani Hill, the George Brown Botanic Gardens Visitor and Event Centre was designed as a “natural gathering place”, providing high visibility and accessibility.

Expansive decks built from local Darwin stringy bark “meander along” the length of the building, connecting the series of spaces, while providing “long vistas” towards the lily pond and fountain.

Sourced from the Gumatj Corporation in Arnhem Land, the timber decks are framed in galvanised steel and copper and topped by a corrugated steel roof, all of which “embrace the potential” of Darwin’s tropical climate.

“The George Brown Visitor and Events Centre provides an exemplary example of a work of public architecture and has provided the Botanic Gardens with a new educational, community and social focus as well as a place for respite and contemplation,” concluded the NT Chapter jury.

“The architect is commended for creating a rich sensory experience for the visitor through the play of light and shade and use of a rich palette of materials and raw finishes.”

The year’s other public architecture award meanwhile went to Susan Dugdale & Associates for the refurbishment of The Alice Springs Courthouse.

Founded in 1993 by Michael “Hully” Liveris, the Hully Liveris Design Company is an architecture practice based in Darwin.

Also announced recently were the winners of the AIA’s Queensland Chapter awards, with Wilson Architects paying homage to the “iconic Queenslander form” in this Brisbane home.

O’Neill Architecture creates a paradise in the Darwin tropics