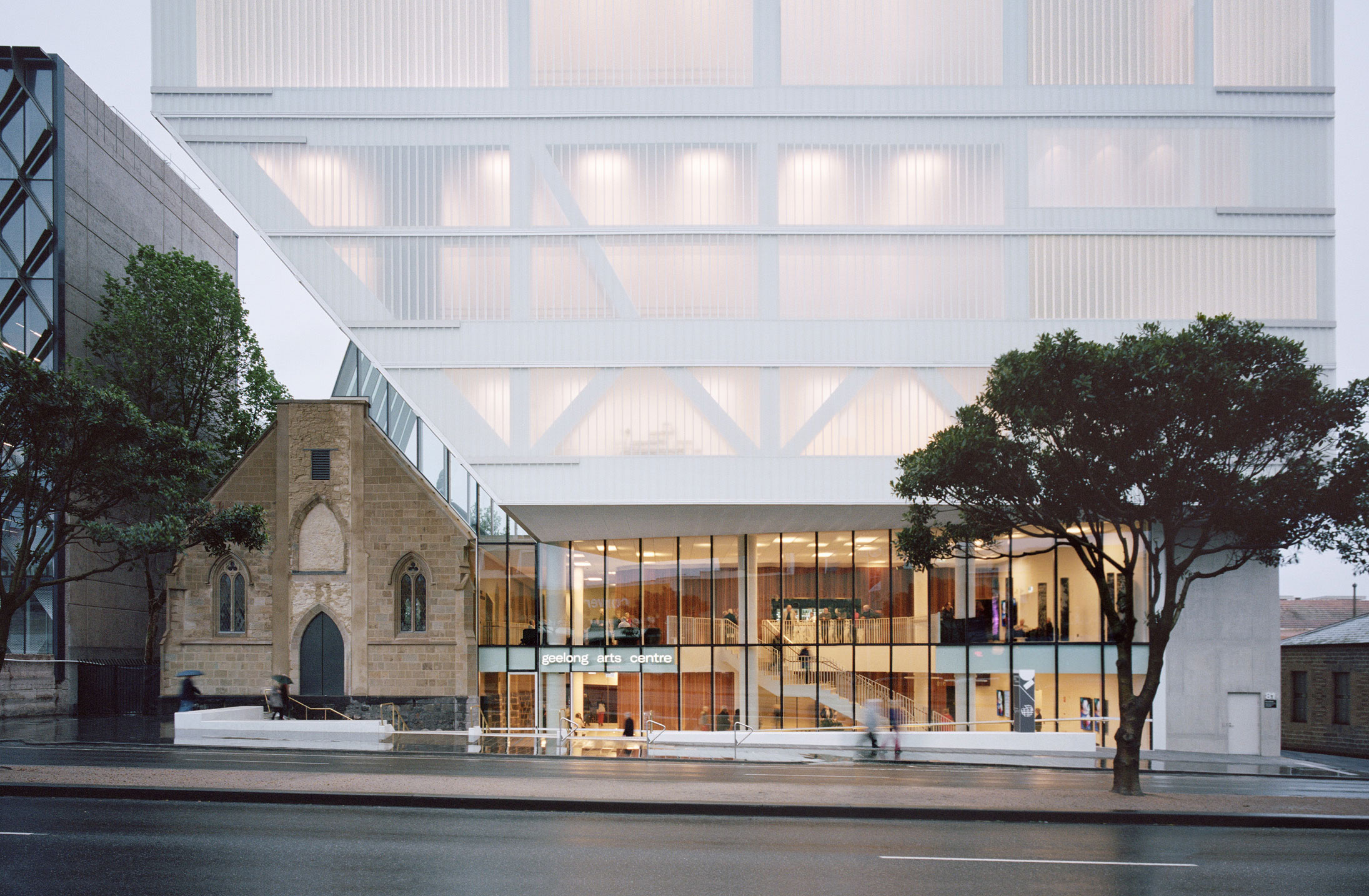 HASSELL’s Geelong Arts Centre marries the historic with the contemporary

Led by Principal Mark Loughnan, HASSELL transformed the venue by updating the exterior and interior spaces without the facility closing.

“The building had to keep operating,” Loughnan tells ADR.

“It was a really complex undertaking. We had to keep the Playhouse Theatre running and the shows going, while at the same, having a construction site at the Ryrie Street end. There was a lot of logistics involved. We were effectively grafting a new building onto an existing one. 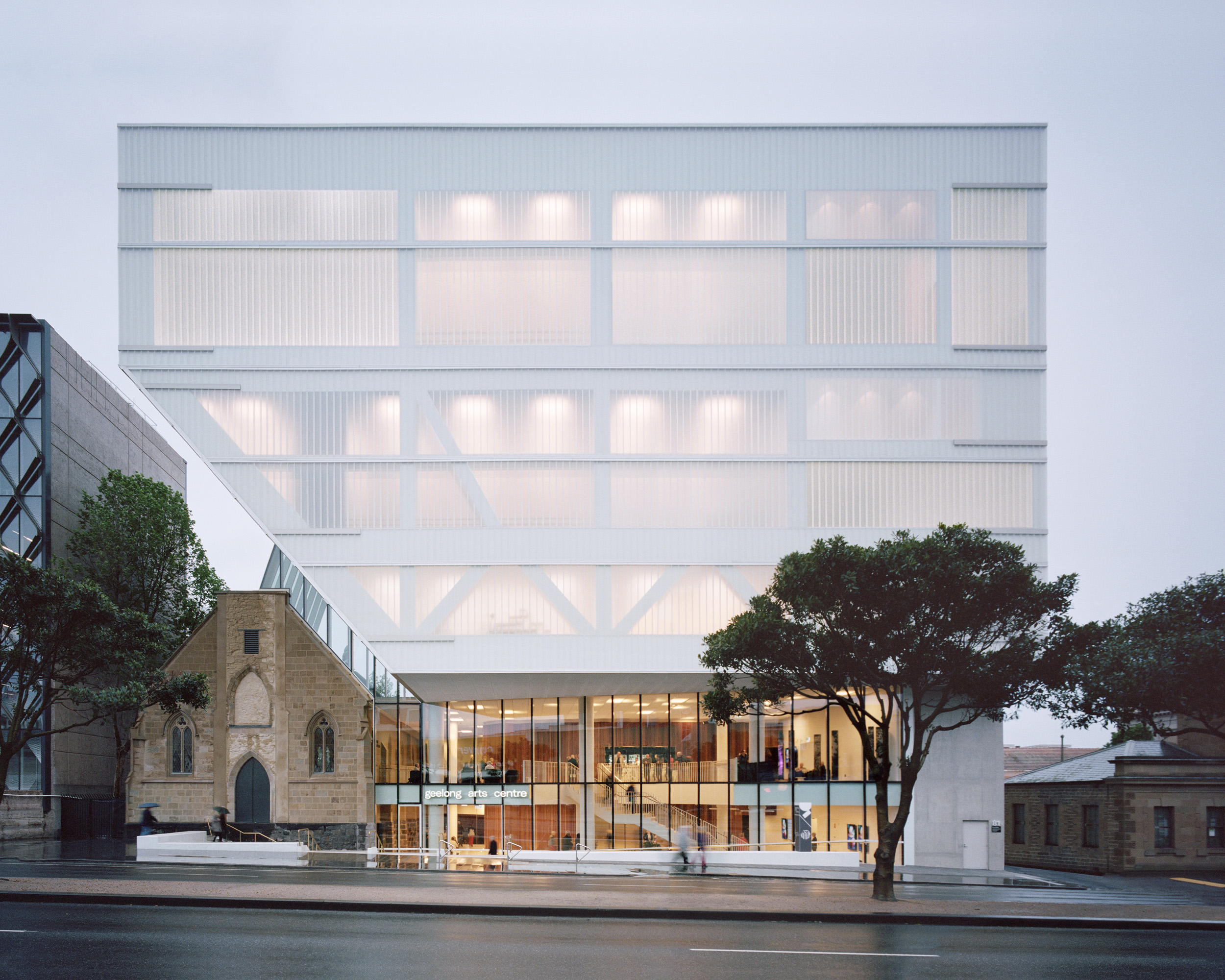 The $38.5 million redevelopment improves accessibility and creates a site with 4,100 square metres of spaces, including two new foyers and a bar area. Above that are four rehearsal studios and a creative industries floor called The Creative Engine, where artists can meet the audience.

The original brief was for one of the dance studios to be the same size as the main stage in the main theatre, but it didn’t fit in the footprint at ground level. To resolve this, HASSELL elevated the studio and cantilevered it over the heritage church, creating a canopy over the site’s boundary, the redeveloped forecourt and footpath at the Ryrie Street entrance. 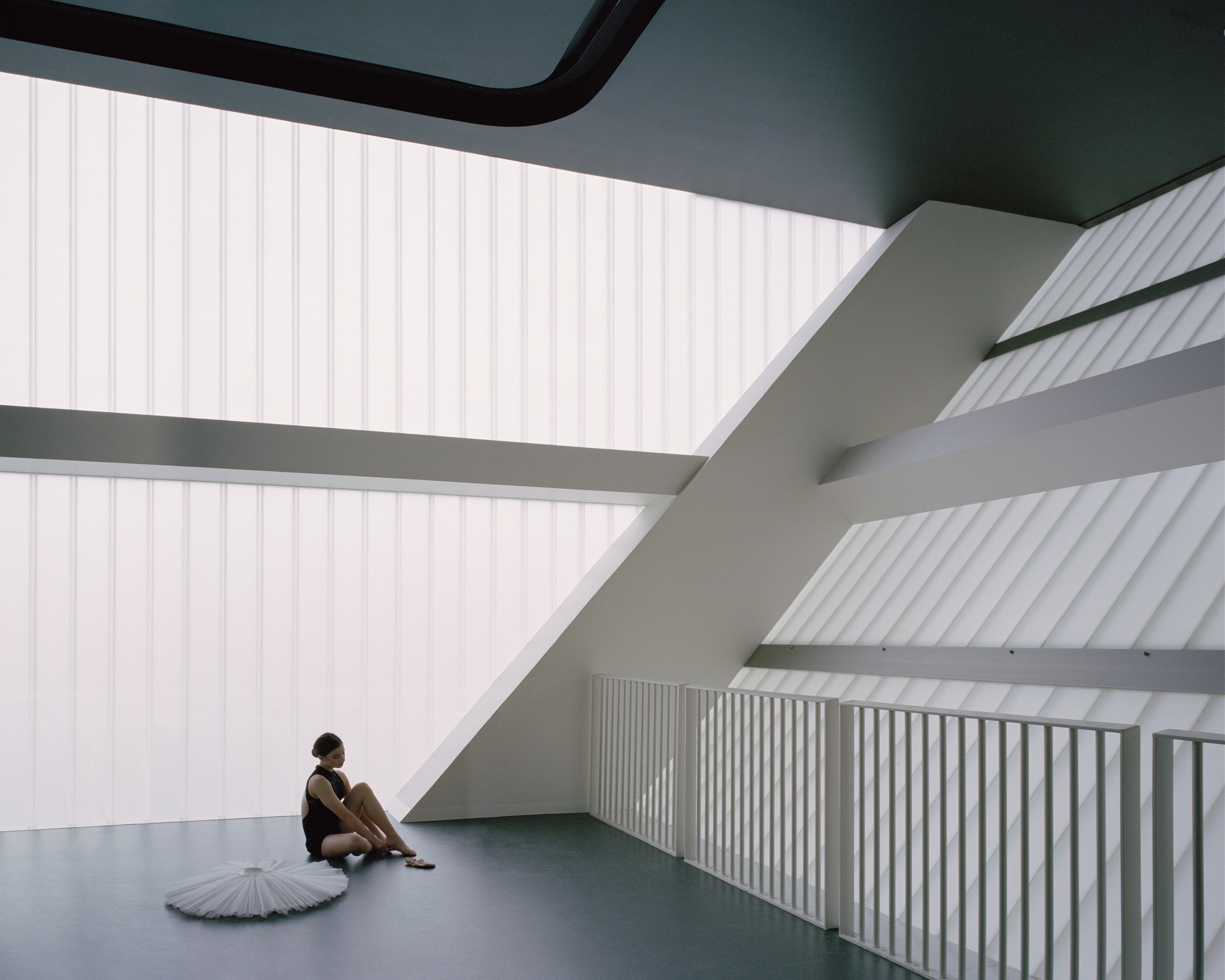 Loughnan says the church itself was part of the masterplan and informed the design process, which included stripping away all the various iterations of change that had, over the years, concealed it from the street, primary thanks to the facade of the Band of Hope building, which has been largely demolished.

“We were driven by respecting the presence of the church, revealing it to the street. As a result, there’s this composition of historic architecture and contemporary architecture.

“Moving forward, the church will be another theatre. I think that’s what interesting about the Geelong Arts Centre. It has quite diverse theatre and performance topologies, and we wanted the church to be expressed as its own building, its own theatre, within that idea.” 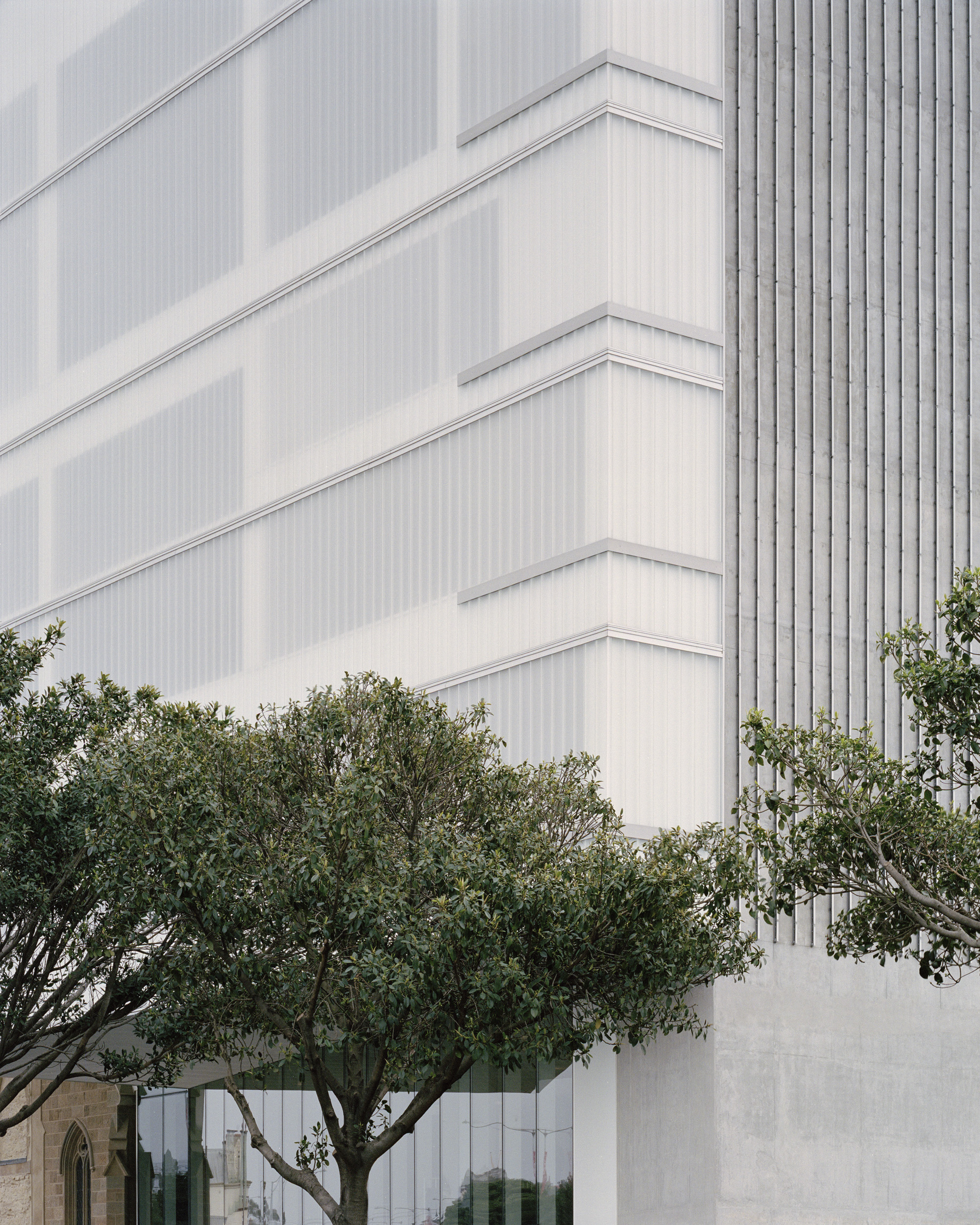 The original Arts Centre was built in the Brutalist style in 1978, but has undergone a number of redevelopments and refurbishments since then.

The new building stretches between Little Malop and Ryrie Streets within the Geelong Cultural Precinct, which is also home to the Geelong Art Gallery and the Geelong Library and Heritage Centre by ARM Architecture. 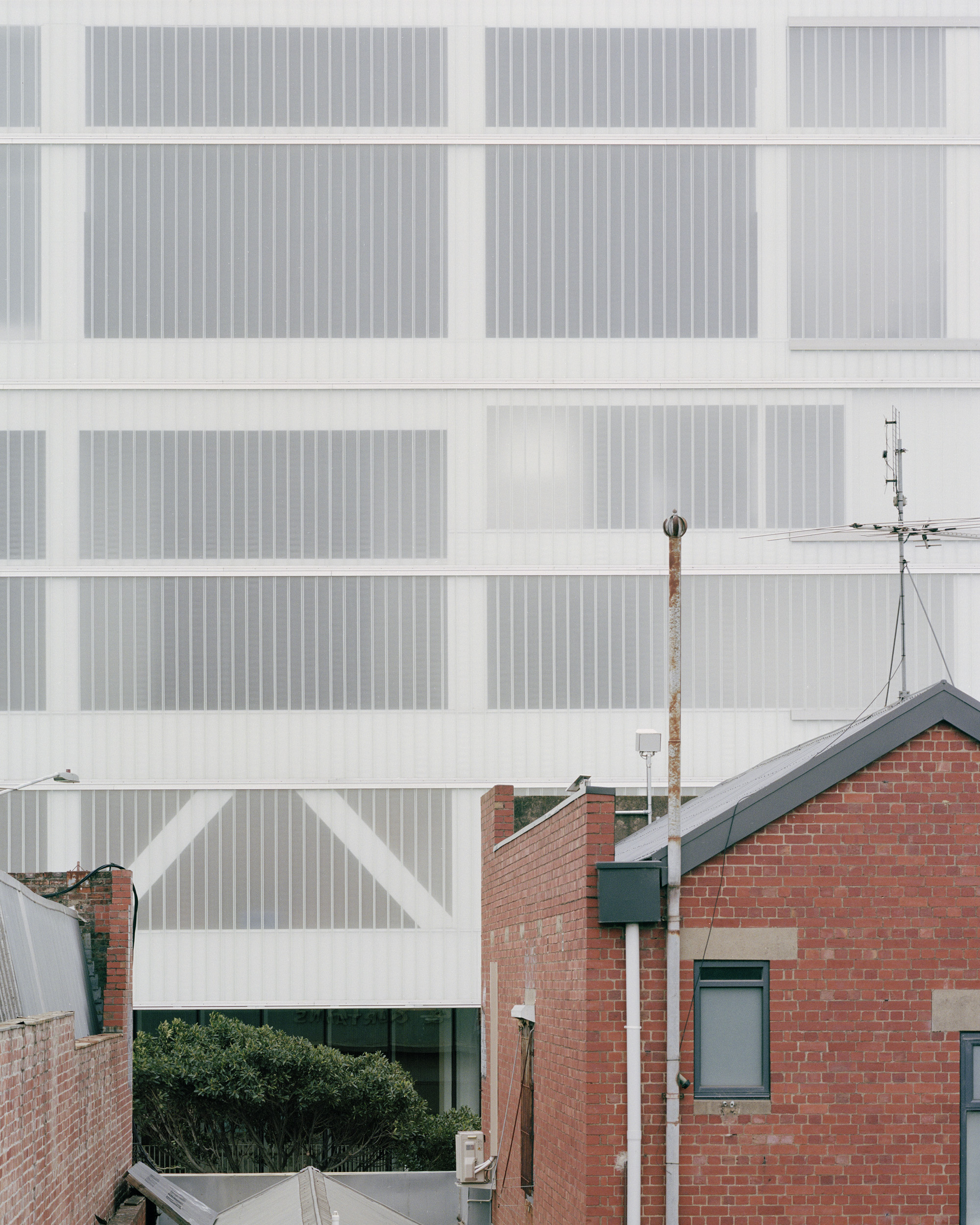 The Geelong Arts Centre Ryrie Street Redevelopment was made possible by support from the Victorian Government.

It’s part of a $128 million redevelopment of the precinct that includes a 500-seat drama theatre, a new 250-seat courtyard theatre, a new black box theatre, an outdoor atrium, more dining options, an upgraded box office and refurbished back of house and administration facilities. 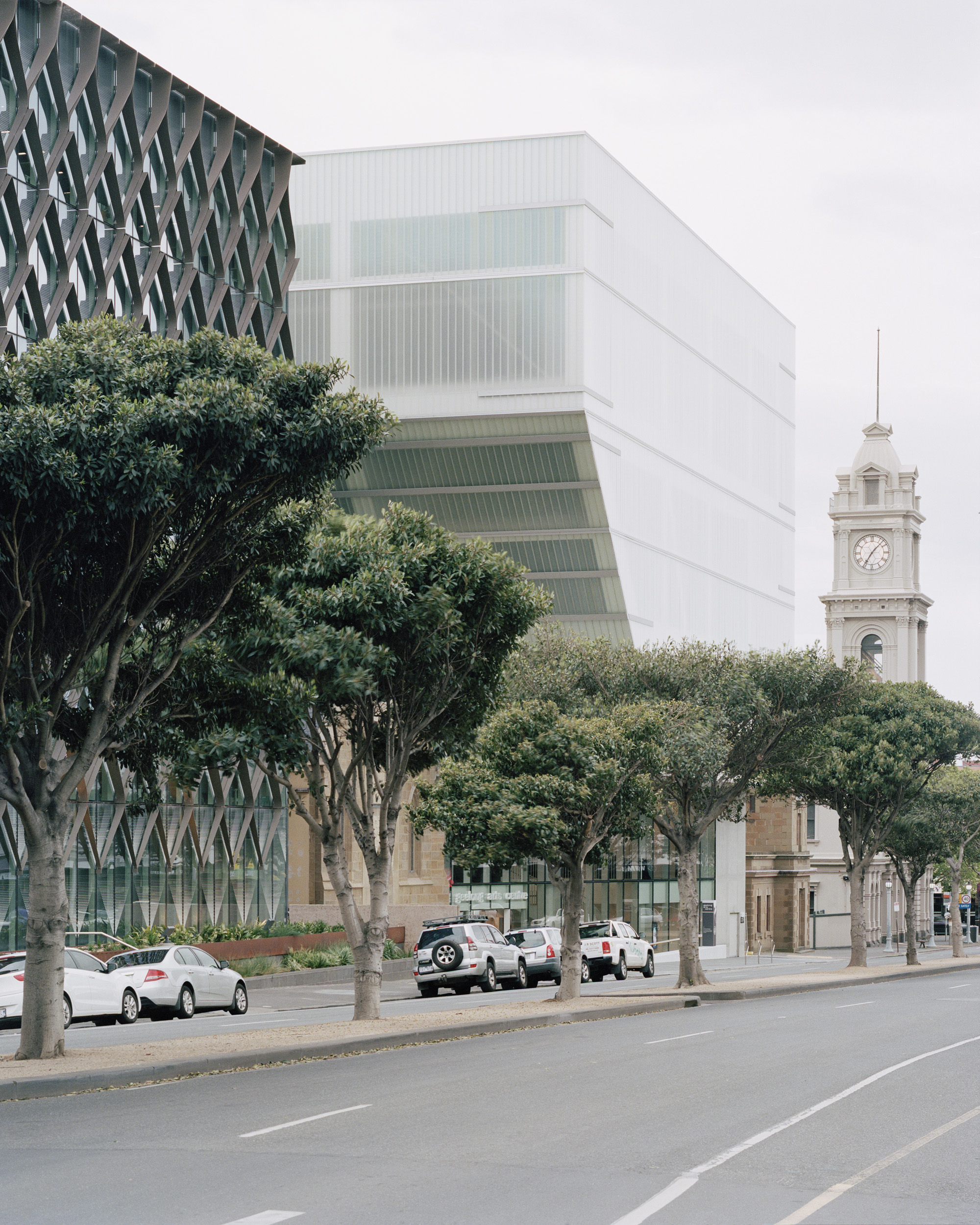 HASSELL converted the Arts Centre from Brutalist building to a light-filled performance venue through the use of channel glazing cladding sourced in Germany.

“We really wanted to the design to represent the internal program of what’s going on. So there’s a very transparent connection to the street through highly transparent glass for the foyer areas, with the translucent volume above for the dance studios. The idea being that the centre can glow at night.

“The building therefore has a different and varied life during the day and the night.” 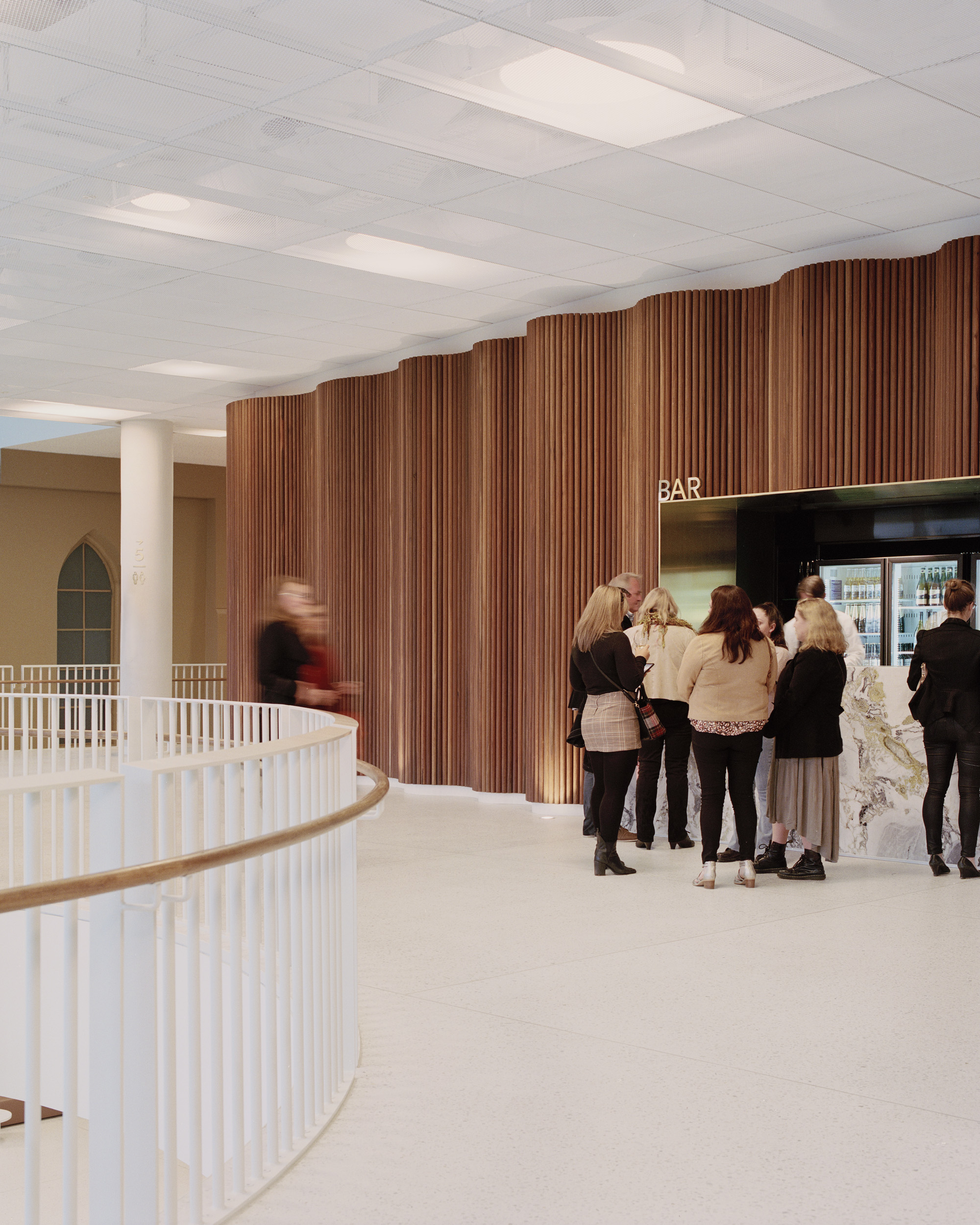 Inside, a perforated mesh screen is used for the upper-foyer level ceiling, tying it to the glazing so the architecture of the form above the lobby is felt as one element.

Spotted gum hardwood, concrete with exposed aggregate and a marble bar complement the palette, which is “restrained and civic in nature”. 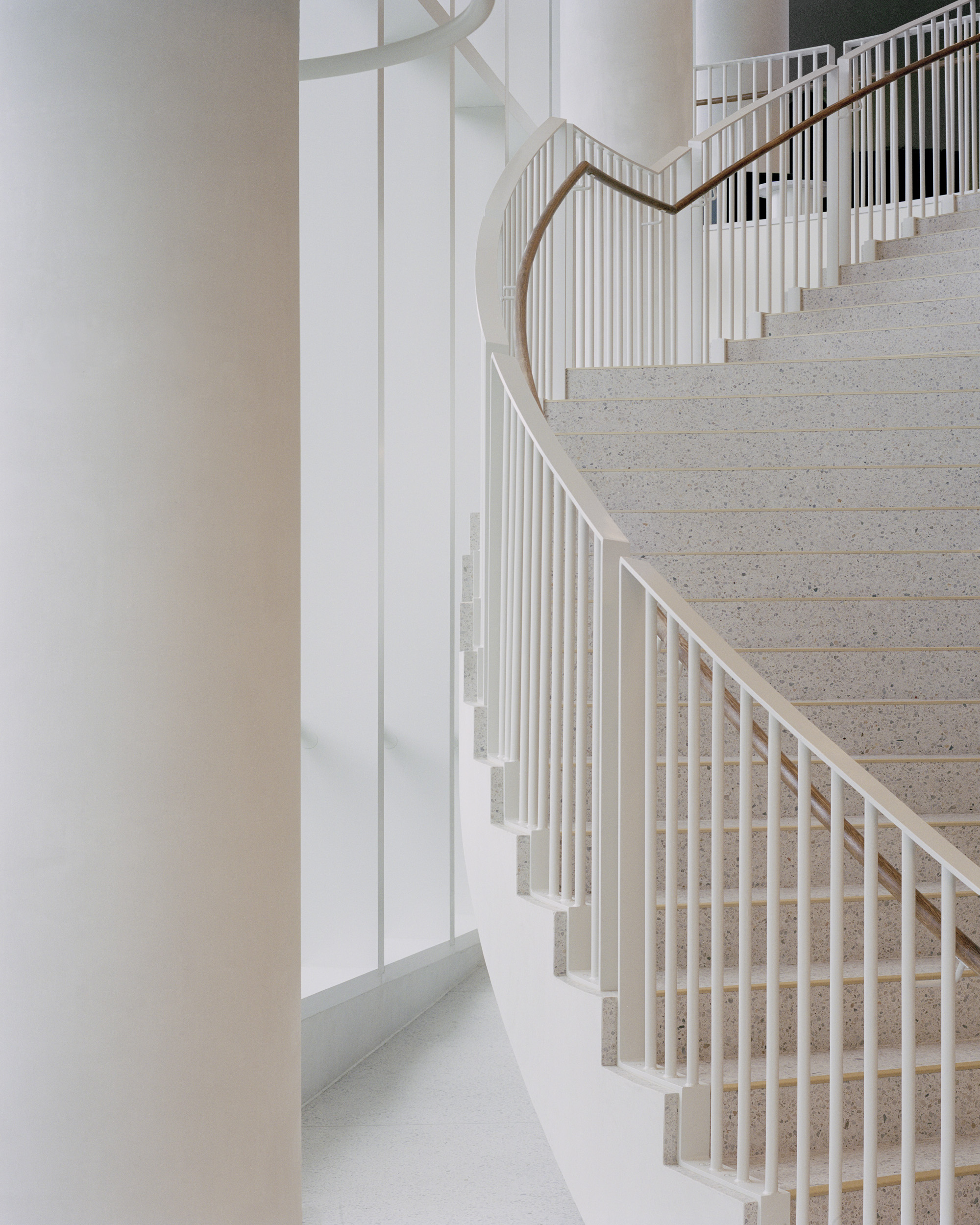 Originally from Geelong, Loughnan says he was informed by his own memories of the theatre.

“When I was 18 or 19, the Geelong Arts Centre was the place to go on a Friday night. It remains a great place for people to occupy even if they’re perhaps not going to a show. So we were really keen on ensuring the public spaces were easily accessible, flooded with natural light, and extended and resonated beyond the interior spaces of the performance theatres.”

HASSELL teamed up with Kane Constructions for the Geelong project, but Loughnan says he also brought experience from some of the other cultural projects he has worked on in other parts of the world.

“Performing arts centres are rare in the context of the Australian scene, especially new ones. So I think this was a very interesting project for us.

“It’s really important that these buildings become cultural assets. That they feel like places or become places that the community can go and access equally. Something that they can hopefully be proud of.”

Most recently, HASSELL is involved in the New Museum for Western Australia in joint venture with OMA.

The practice also delivered the refurbishment of the fifth and sixth floor interiors of The Primrose Potter Australian Ballet Centre for The Australian Ballet and was shortlisted for this year’s IDEA awards for International House, Australia’s first engineered timber building.