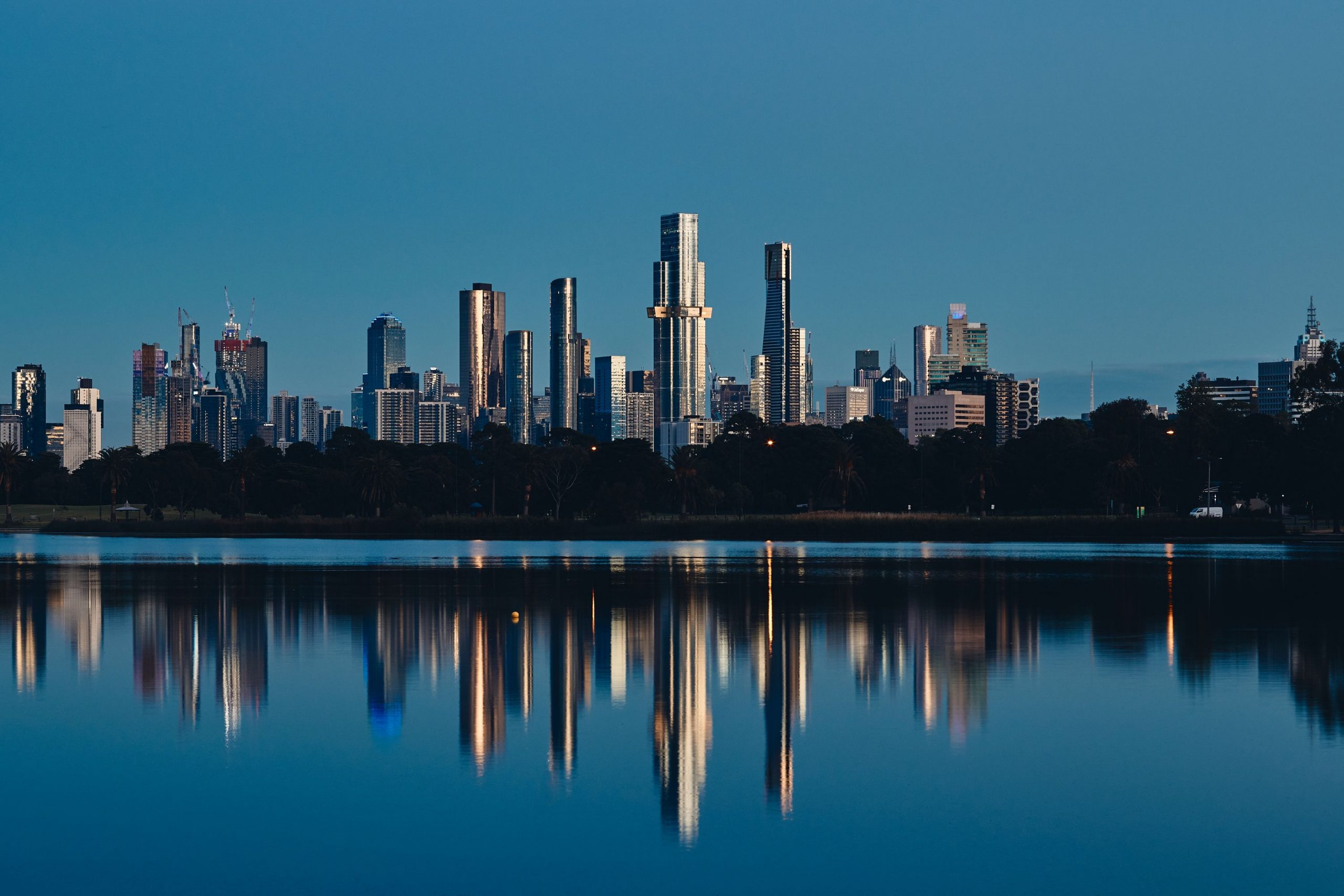 Melbourne’s tallest tower and the Southern Hemisphere’s tallest residential tower, Australia 108 is located in Southbank and stretches up 100 levels.

The gold ‘Starburst’ occupies two of those levels and protrudes six metres outward from the main structure.

“Expanding the building’s footprint, the Starburst is an exclamation mark in the sky, inspired by the Commonwealth Star on the Australian flag,” says Fender Katsalidis.

In designing the “highly sculptural glass tower”, the practice considered how it would look at night, wrapping the structure in horizontal white bands.

“When lit, the bands form a glowing wireframe that highlights the building’s curves and contours beyond the lights of individual residences,” explains Fender Katsalidis.

“They are programmable to form patterns and accompany the internally lit Starburst, which appears as a glowing star at night.”

Australia 108 was built by Multiplex and developed by World Class Global. It took seven years to complete with residents of the lower levels moving in while the upper portions were being constructed.

The new tower was designed to complement 297-metre-tall neighbour Eureka Tower, which was previously Melbourne’s tallest, and was also designed by Fender Katsalidis.

“It’s unusual for an architecture firm to design two of the city’s tallest buildings and we are proud to have done this in Melbourne,” says the practice.

“Elements, which are integrated in both buildings, include the design language and materiality, from the use of glass and gold to the white banding.”

Along with the 1105 apartments spread across its 90 residential floors, the tower features 4500 square metres of shared facilities housed within the ‘Starburst’.

The practice retained the Heritage facade of Australia 108, designing the ground floor ‘Cloud’ lobby with a “moody, yet luxurious aesthetic”.

Directly above it, sits the 10-floor car park, which is “shrouded” by canary palms and trees to give the building a “layered green element”.

Fender Katsalidis is a multi-disciplinary international design firm with offices in Melbourne, Sydney, Brisbane and a sister-studio in London.