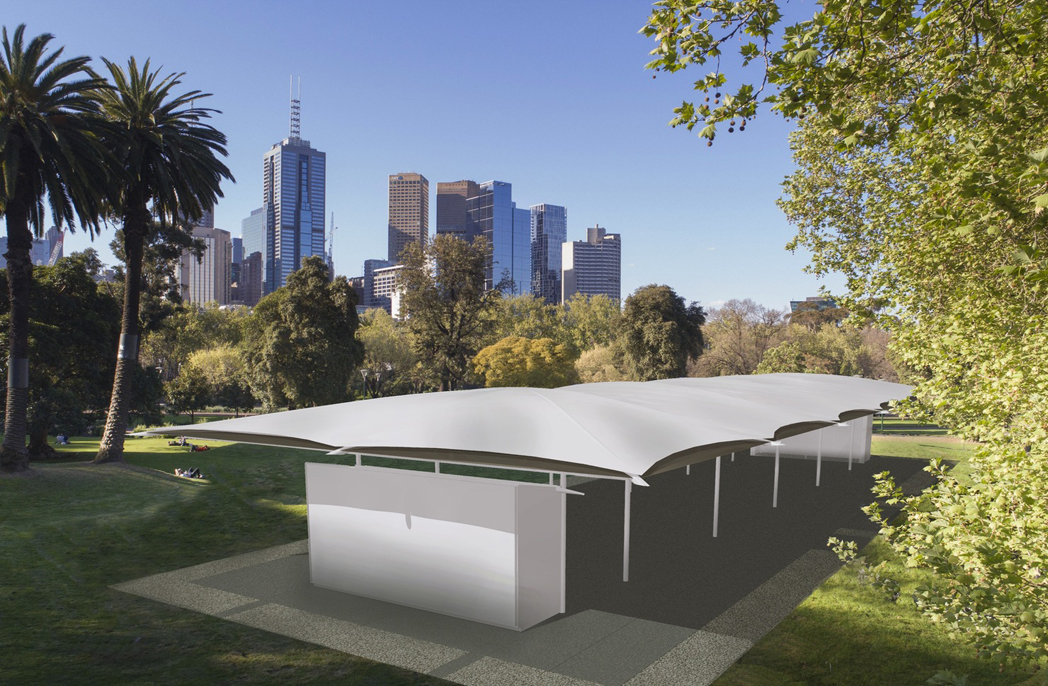 Revered Australian architect Glenn Murcutt’s design for the 2019 MPavilion has been revealed today, with the structure described by the Pritzker Prize winner as “a crisp white building that will be lit at night like a lantern”.

The design, which consists of a steel-framed rectangular building with wing-like trusses covered in translucent fabric, was influenced by a memory of using a light aircraft’s wing as a temporary shade during a trip to Mexico to visit the Yaxchilán ruins. 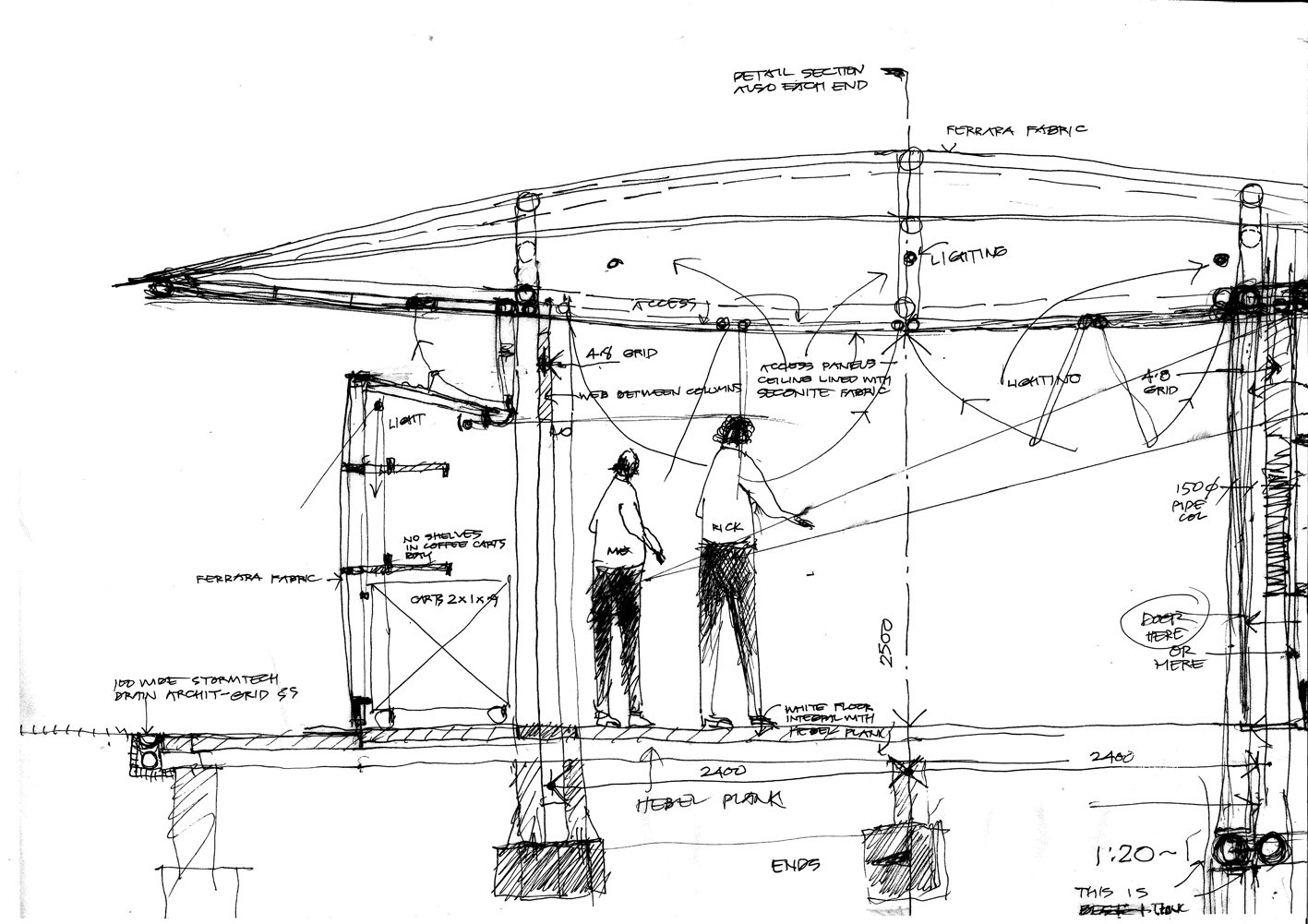 Murcutt’s MPavilion makes use of a membrane lined curved roof and aileron-like flaps to allow for shade and rain pathways. Open along the north and south elevations, the building’s south elevation is fitted with retractable fabric blinds to provide a level of wind protection when required.

At each end of the MPavilion there are alcoves, membrane lined externally, and timber-slat pivot doors internally. 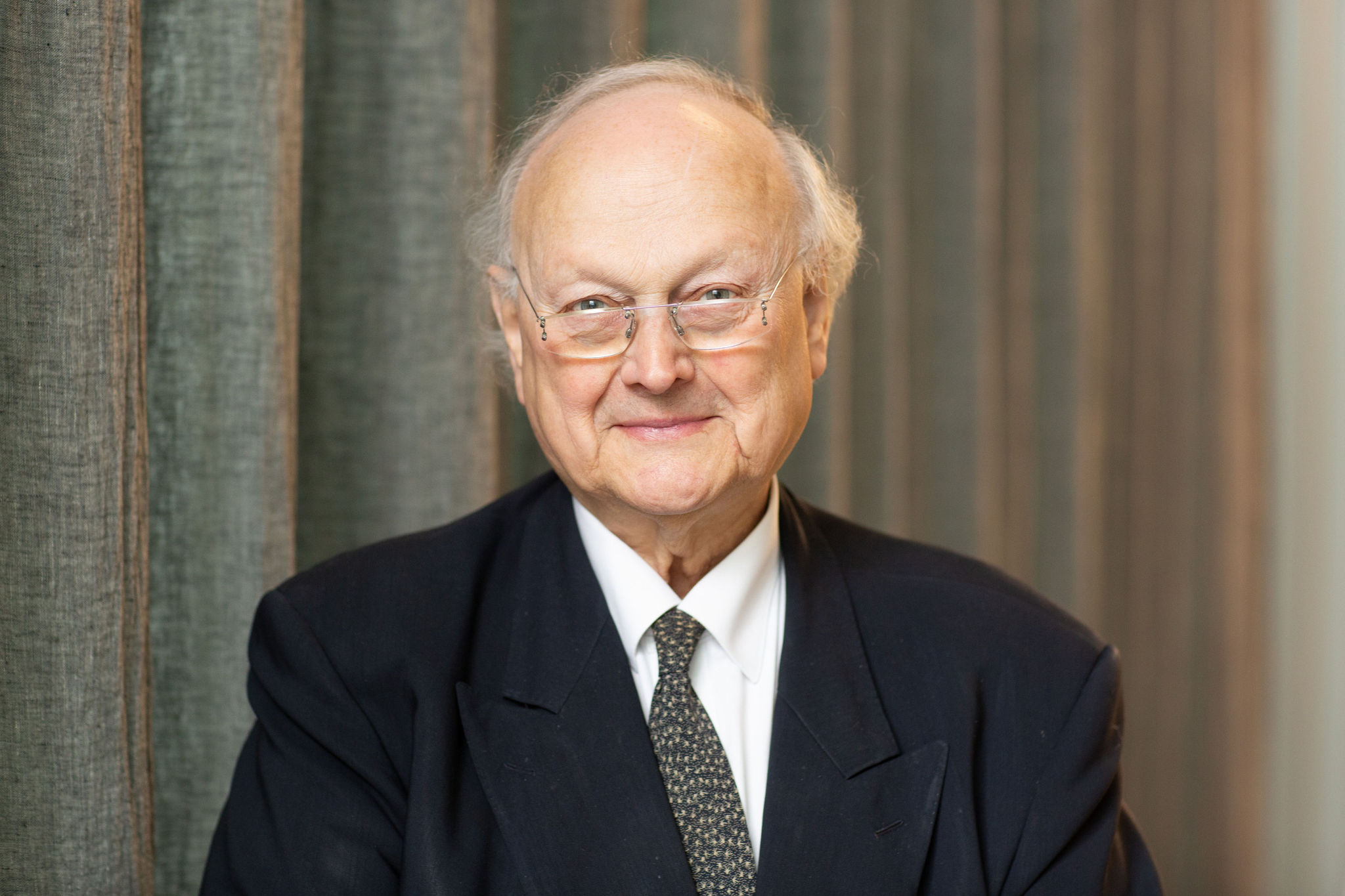 Commenting on his MPavilion design, Glenn Murcutt AO says, “The MPavilion design is a crisp white building that will be lit at night like a lantern, giving the pavilion a feeling of lightness. For me, it was central to establish a sense of ‘place’ for visitors—to view from within the building, the gardens, the river, and the city.”

Murcutt is Australia’s only Pritzker Architecture Prize laureate, and his pavilion will be the sixth in an ongoing series presented by The Naomi Milgrom Foundation.