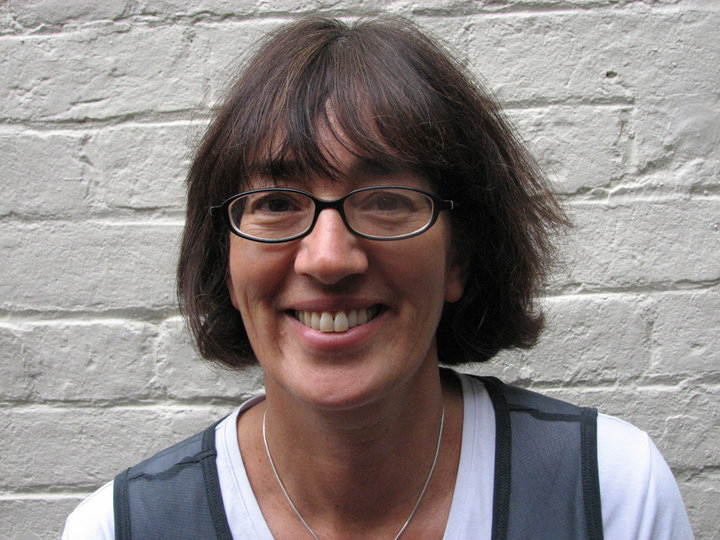 This week we meet filmmaker Catherine Hunter, who has worked on documentaries on a number of artists and photographers as well as architects Glenn Murcutt and Cox. She occasionally works as a freelance director on Australian Story and has received a number of awards for architectural journalism including the Australia Institute of Architects’ Adrian Ashton award on two occasions (stories on Glenn Murcutt and Durbach Block) and a 2006 commendation in the Walkey Awards for journalism for her profile of Peter Stutchbury.

ADR: Can you tell us about your background and how you ended up making documentaries?
Hunter: After doing a cadetship at a newspaper, I was incredibly lucky to start working on the Nine Network’s Sunday, a public affairs program which pioneered quality news on a Sunday morning. I joined a wonderful team which included Jim Waley, Jennifer Byrne, Helen Dalley, Graham Davis, and film critic Peter Thompson. Long format stories were the norm, not just on politics but also the arts. After a couple of years, I became the arts producer and had free reign in terms of the stories we covered, whether it be writers, painters, musicians or architects. And we did a lot of architecture stories in my time there! I stayed for 21 years and left just before the program was axed in 2008.

After full-time employment all my working life, I suddenly discovered how tough the life of a freelancer can be, but it is also incredibly liberating.

You specialise in documentaries about artists, and you have also covered a number of architects. What drew you to these subject matters?
Working on Sunday, I often used archival material and came to realise how much more coverage of the arts there used to be in the mainstream media. I also realised the potency of such coverage in that you could literally crowd a gallery out after a story on Sunday. And I remember after stories on Glenn Murcutt and Harry Seidler went to air, we had an hour long phone-in where audience members could call in to ask questions of the subjects – Harry couldn’t believe it when more than 600 people phoned to ask intelligent questions! His media experiences hadn’t always been so positive…

So I was drawn to these subjects firstly because I knew there was a huge interest from our audience, secondly, they always made for colourful stories and thirdly, I believed it would become an important archive. Sure enough, footage from Sunday is often reused in current documentary programs (most recently the Whiteley documentary).

You spend a lot of time with your subjects, often at times of huge significance. Can you tell us about what this is like, and do you develop a special relationship with those who you cover?
It’s a huge privilege of my work in that I do get to spend considerable time with my subjects. Not unlike an architecture-client relationship, it’s often a long-term commitment. But when you’re spending time, for example, with an architect in the houses they’ve built (often staying overnight to get last light and early morning shots) it’s a fantastic experience. You rely a lot on your subject’s generosity and trust and in the case of an architect, their clients are also integral to the film so you have to build up trust with them as well. That was certainly the case with the Muslim community in Newport who had commissioned Glenn Murcutt to design their mosque.

How do you choose who you will cover in your documentaries?
I don’t know. Often it’s quite a random thing. For example, I remember meeting Roger Law at the Ray Hughes Gallery in Sydney and I couldn’t believe he was living in Australia and studying ceramics at the National Art School. Roger was the co-founder of Spitting Image, the satirical TV puppet show in the UK. Burnt out, he ended up in Australia where he went back to his artistic roots as a ceramicist and I got to make a film about his journey here and then to China’s ceramic centre, Jingdezhen. He’s since gone on to have major exhibitions at the Victoria and Albert Museum, among others.

Another film on Australian photographer Jeff Carter came about because of an exhibition at the State Library of NSW. I decided the only way to make a film about Jeff was to go on the road with him, which is how he had spent his entire career of six decades documenting Australia’s bush battlers. It was to be his last road trip as Jeff died before our film was finished. I was lucky to be a witness as Jeff visited people he had first photographed in the 1950s.

What would you say has been the biggest achievement(s) in your career?
Surviving as a freelancer! I have a huge respect for all those who are self-employed, especially those in creative industries. So little of your time is left for creative endeavour after the business of getting funding and running a business, however small it may be.

Every creative puts a piece of themselves into their work. Which of your documentaries have been your favourite to work on and has been most impactful on you?
I would have to say filming Glenn with the Islamic community, the builders and collaborating architects and seeing all those relationships come together had a huge impact. It showed what the very best architecture can do in terms of fostering understanding and friendship. To see builders cry on the job because of what it had meant to them was a very moving experience. We work as a small team of two in the field (myself and cameraman Bruce Inglis), so I think that keeps it intimate.

Who/what/where do you draw your inspiration from?
Journalistic mentors whose generosity was limitless. Great Australian documentary filmmakers/cinematographers/editors/composers, especially the ones with limited budgets. Really just people who put so much into whatever artistic pursuit they are involved in without ever considering the dollar value or the hourly rate.

What is your favourite spot or structure in Australia, is there a particular place you like to spend time in/at?
My heart has always been in the Blue Mountains, NSW, so 10 years ago I decided to leave Sydney and make it my home rather than just a holiday destination. I am a keen bushwalker so living in a World Heritage Site is exhilarating.

What are you working on currently?
I have about five films in various stages of production and none that are properly funded at this stage. In terms of architecture, I’m going to update the film on Glenn Murcutt as the mosque is now all but finished and I’m just waiting for the landscaping to be completed. I’ve had some international interest in the film (both in terms of sales to broadcasters and film festivals) but just waiting on those final shots.

Other films include a documentary on painter John Peter Russell (1858-1930), Australia’s so-called “lost impressionist”, who was friends with Van Gogh, Monet, Matisse and Rodin and lived in Paris and in Brittany in the late 1880s. Another I’m working on is about sculptor Bronwyn Oliver (1959-2006), who worked primarily in metal. Her extraordinary works include Magnolia and Palm, both in Sydney’s Botanic Gardens.

Read about Catherine Hunter’s documentary on Glenn Murcutt and his Islamic mosque, Glenn Murcutt: Spirit of Place. The film will screen at various international festivals later this year – stay tuned for more details.