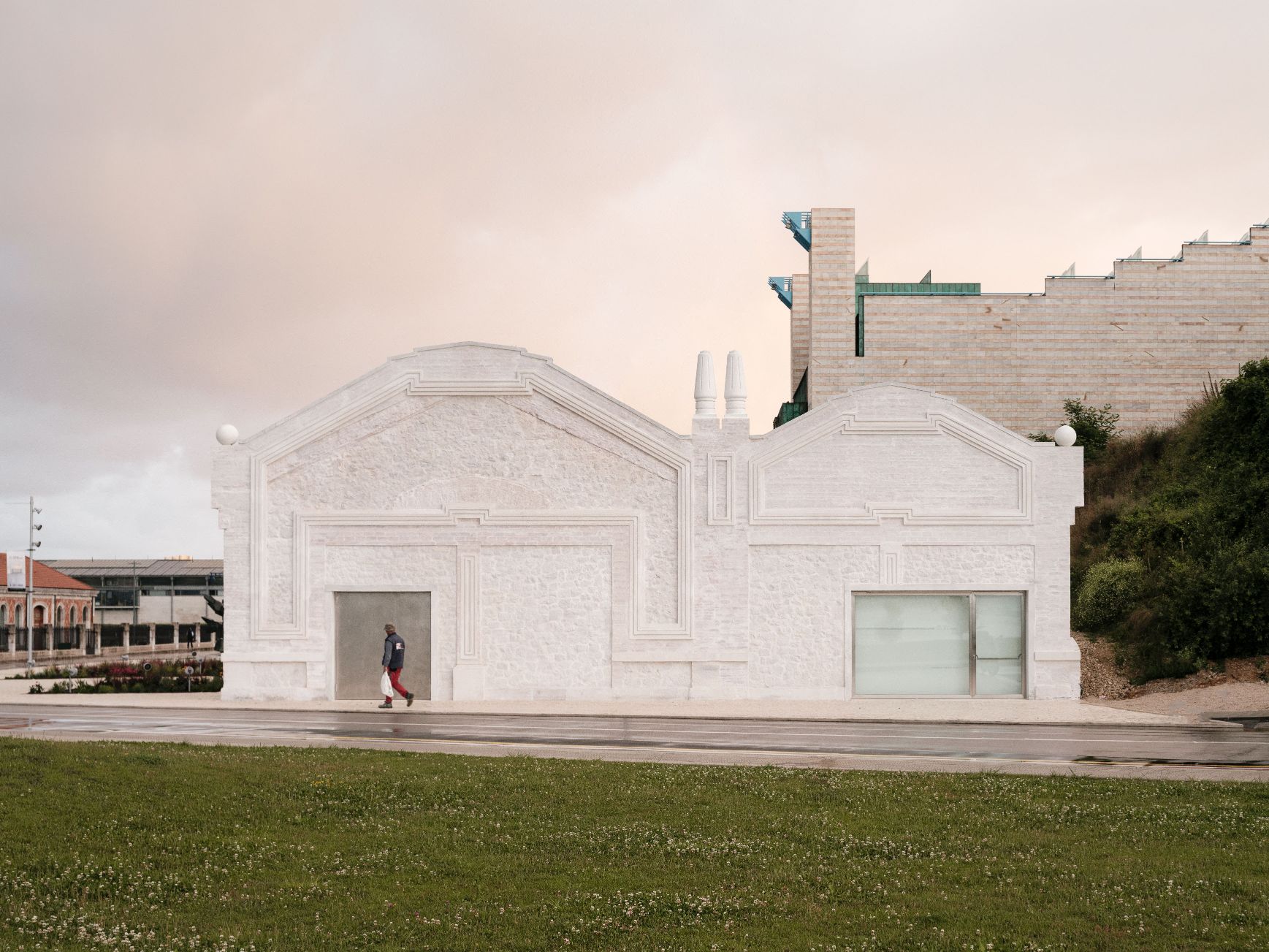 GFA2 has transformed a 20th-century warehouse into a new exhibition space for the Enaire Foundation in the port city of Santander, Spain.

The studio, led by Sydney and Santander based Gabriel and Guillermo Fernández-Abascal, teamed up with Muruzábal for the competition-winning design, which it describes as a “cleansing exercise.

“Upon our arrival, the storehouse was substantially damaged,” Fernández-Abascal tells ADR.

“A restoration, therefore, set the basis of our intervention on the existing, eclectic and heterogenous warehouse.

“It was a careful renovation informed by the building’s history, which accommodates the new exhibition requirements, while simultaneously aiming for a certain abstraction.”

Located along the north coast of Spain, Santander is a popular tourist destination with regular ferries to the United Kingdom.

In 2018, the Ministry of Public Works launched a €1.8 million competition to restore the Naves de Gamazo warehouses – the larger of the two being built in 1901 and substantially remodelled in the 1950s.

The space is now home to the ENAIRE Collection of Contemporary Art – a permanent exhibition of almost 1200 paintings, sculptures, graphic works, drawings, photography and videos by famous Spanish artists from the second half of the 20th century to the present day.

In GFA2’s renovation, the principal gallery occupies the whole main bay, while the foyer, services, toilets, offices, storage and a smaller temporary gallery are housed in the annex construction, which also features a new mezzanine.

Within the 40-metre-long “uninterrupted interior”, a new roof with a long skylight amid refurbished steel trusses brings natural light into the gallery.

Further interventions have been kept to a minimum in an effort to give the main gallery all the attention, letting it “quietly shine”.

A small plaza acts as an antechamber, while a large canopy and small square define the entrance. Outside, a long south-facing stone bench, cobblestone plaza and two herb beds with sculptures and a vertical garden create the public realm.

“The building’s apparently effortless, sanitised and bleached new image is constructed by a series of simple spatial interventions and accompanied by a seamless integration of services, lighting and other functional and climate control requirements,” he adds.

“These punctual and explicit operations convert the existing industrial complex into a new cultural container for the city.”

Outside, architects painted the warehouse facade white to merge its diverse materials, describing the completed gallery as a “milky long building” next to Oiza’s Festival Hall.

“The building has been occupied in a very natural manner for another time in history, adapting its form, space and material to suit new functional demands,” adds Fernández-Abascal.

“Originally a warehouse, later extended with a workshop, then an archive and office and now, an art gallery, the structure has been prepared for what may come next.

“In the meantime, a generous cultural building has been opened to the public for Santander and its bay.”

Earlier this year, Guillermo Fernández-Abascal and Urtzi Grau participated in Across Borders in the Central Pavilion at the Venice Biennale.

The section focused on the cross-border potential of migrant and natural citizens across political borders to imagine new geographies of association.

For the exhibition, Fernández-Abascal and Grau presented Folk Costumes for Indo-Pacific Air, which constructed the prehistory of the region’s current masked state.