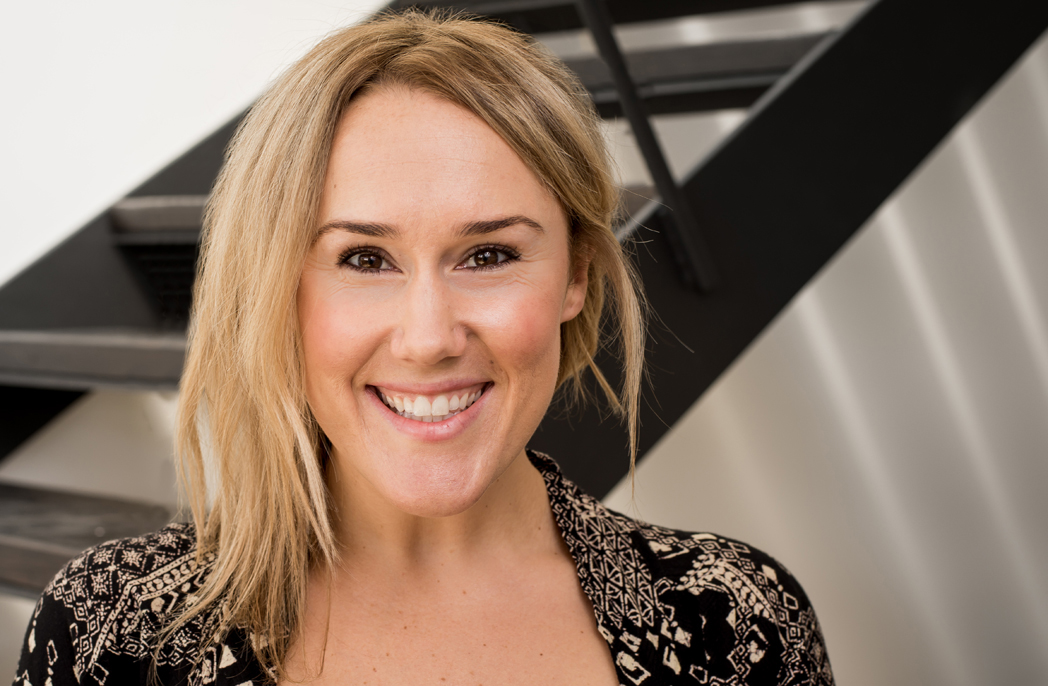 In year five Simone Robeson was the co-founder of the make-believe Simone and Christine’s Architectural Company. Now, she is founder of the real-life Robeson Architects. Sara Kirby talks to her about how she took her childhood dream and made it a perfect reality.

Some of us don’t work out our career paths and passions until we are well into our adult years. Some work it out in high school or at the beginnings of university. Others, however, find indication of where their destiny lies right at the start – in the very early years of life. This was the case with Simone Robeson.

“In year five, my best friend and I created ‘Simone and Christine’s Architectural Company’,” she says. “I used to draw house plans and Christine would colour them in.” As a child, Robeson would also survey family members on how many bedrooms and bathrooms they wanted in their dream home, and then would go off and draw them a floor plan. Now, as an adult with her own architecture practice, Robeson still finds nutting out floor plans and spatial planning as the most exciting element of her job.

Straight in to the job

Zooming through university in just five years, Robeson landed her first job at a medium-sized commercial-based firm. Already holding the goal of one day starting up her own practice, she aimed to get as much experience as she could, requesting to regularly be involved with projects during construction.

“Often graduate architects start off just doing 3D renders and Photoshop, so I was lucky this company gave me that extra experience,” she explains. “I was dealing with ‘requests for information’ from builders straightaway, and was exposed to the realities of getting a project built from the start.”

In the years that followed, Robeson worked for a few other companies around London and in Perth. Throughout this time spent in other people’s firms, she came to realise that what she most enjoyed was being in a small studio, working on residential projects and managing a project from start to finish.

So, in 2014, Robeson did what she’d wanted to do from the start and set up her own practice – Robeson Architects – while working from home. “I started it quite safely I suppose,” she says. “I‘d been doing some private residential work for clients on the side of my contract role, so as soon as I landed that one decent sized project, I jumped in the deep end and launched my little business.”

An architectural recruitment business she had also started several years prior made her feel comfortable in setting up Robeson Architects; having done it before, she knew the ropes.

“For me, it wasn’t daunting or scary. I’d grown up in an entrepreneurial minded family, with my dad starting the family business when he was quite young, along with my brother who has his own architectural photography company,” she says. “I couldn’t start my own business soon enough really! A few more years under an older and wiser architect would have been nice, but I’ve learned along the way.”

While it wasn’t as hard for Robeson as it is for some others, she still found elements of the process challenging. “I thought that working from home sounded like the greatest thing ever,” she remembers, “until I started needing to spend more time at the local coffee shop trying to drum up the motivation to sit and work alone all day. I realised I wasn’t driving the business like I thought I would, and I just need to be around other people.” Moving into a co-working space helped erase this problem and allowed her to feed off other people’s opinions, as well as the invaluable energy of other creatives.

Despite this, Robeson finds that the rewards and benefits of starting her own practice far outweigh the negatives. “It comes down to what you value most. For me, the lifestyle and flexibility that having my own practice affords is enough to keep me sticking at it for now. I love the idea of hitting the beach instead of the office on a hot day. That’s very ‘Perth’ of me, but it’s a huge perk,” she says. For her, though, the biggest reward is seeing a happy client who will text her at various times throughout the project to tell her just that – how happy they are.

“A client sent me a text the other day, a photo looking out from one of their bedrooms in their house that is currently under construction. He asked if I had intended for their gumtree to be framed by the window, as he was super stoked about it. That’s really nice… It isn’t ground-breaking stuff, but it’s great when you create little snippets of pleasure and happiness in the someone’s everyday life.”

Robeson values having these close and informal working relationships with her clients. However, this also means making a point of being honest with them when sharing her thoughts and opinions, regardless of whether they may agree with them or not. But, she says, her opinion is always appreciated. “I aim to be able to have a relationship so close that we can have a drink together at handover. That’s the sign of a successful project,” she says.

As for the set-up of Robeson Architects, the office relies on between two and three contract staff members, who are engaged to work on the life of a project, Robeson explains. “They work from home, but we regularly have design meetings and general meetings face-to-face to plan the week ahead. I also have a graduate who comes in once a week to work on concept renders, which has been great.”

This ‘satellite’ business structure works well for Robeson and her company. Keeping the business lean means she can afford to pay quality contractors rather than full-time staff who may or may not be occupied at all times.

And it seems to be paying off. Despite only being around for three short years, the practice has already drummed up a respectable amount of media coverage and general chatter over its Mount Lawley house – a standout project from such a young studio.

“I’m really happy with the size and the type of projects I’m currently working on,” Robeson says. “This year I’ve started working on a few commercial developments, a few cafés and bars. While high-quality, smaller homes in inner city locations are my favourite things to work on, the commercial work is really exciting and I can see myself doing more of that.

“Also, as much as I’m house obsessed, my dream project is to work on a boutique hotel development.”