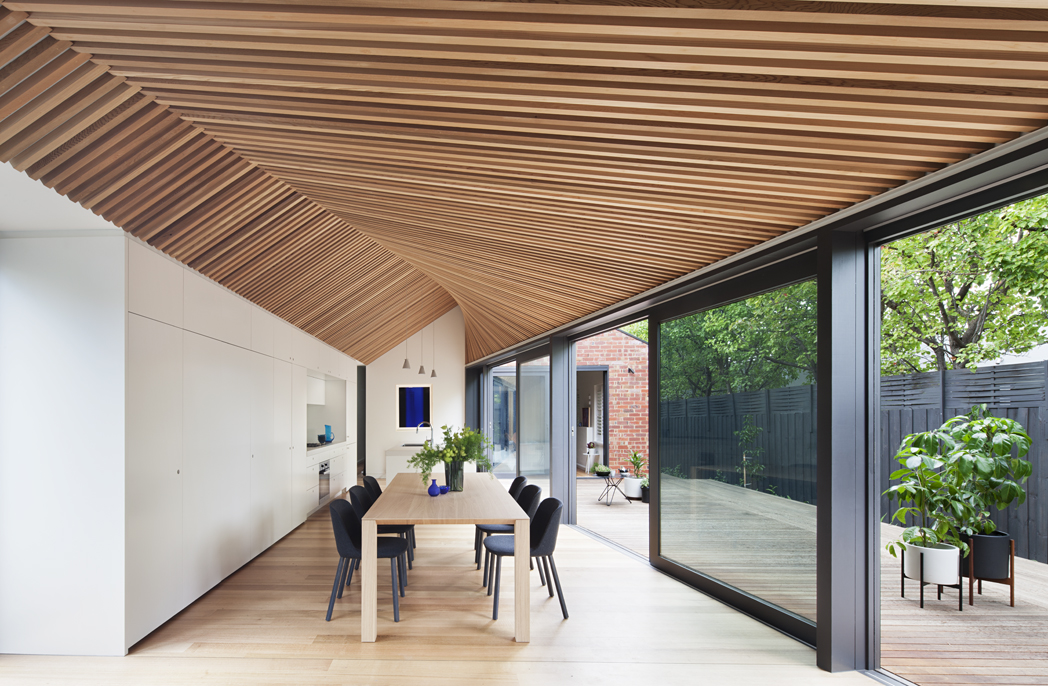 The wedge-shaped extension by Object Subject shows how an architect can answer a relatively simple brief for a residential add-on with a design that is delightful for its occupants and intriguing for lucky visitors.

Contemporary single-storey renovations tend to follow a similar formula. Knock down the back of the house and add a seamless extension with a new box for an open-plan kitchen, dining and living space. This is a functional means of increasing the footprint. What it often lacks, however, is a sense of drama.

In its extension of a single-storey double-brick dwelling in Melbourne’s beachside suburb of Brighton, Object Subject has created a dynamic relationship between old and new. Rather than a homogeneous box abutting the existing pitched-roof dwelling, the light-filled extension emerges at the end of a dark narrow corridor.

It’s characterised by a dramatic ceiling clad in cedar battens that appear to twist and sweep in a masterful optical illusion. The curved appearance is a clever trick of geometry, for the ceiling is made entirely of straight lines sculpted to match a digital model. 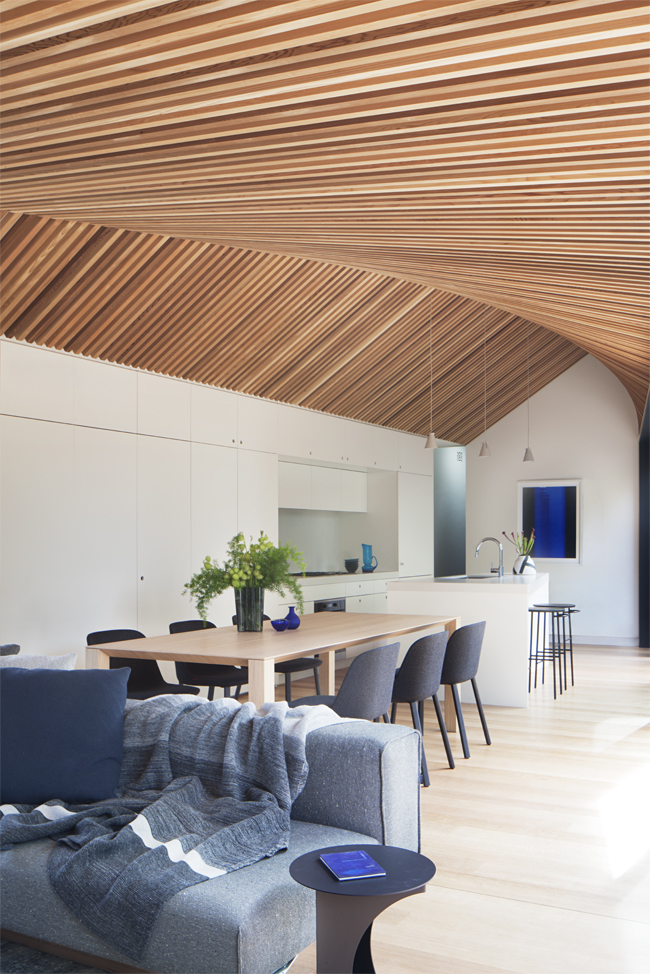 The front four rooms of the existing house have remained intact while one room has been altered to include an en suite and walk-in robe. A small lean-to at the back of the house was demolished to accommodate the new addition, which extends to within a metre of the southern boundary.

Object Subject director Michael Barraclough explains that, despite the distinctive result, the brief was quite conventional. “The client wanted to get more light into a south-facing block and create a living/dining/kitchen area, but they didn’t want it to appear like a uniform box,” he says.

The architects’ response required negotiation with the geometry of the gabled roof. The extension begins with a skillion roof profile at one end and seemingly twists into a flat roof profile at the other. “We were quite keen on a form that was not only visually dynamic, but also had some relationship to the program underneath,” he says. 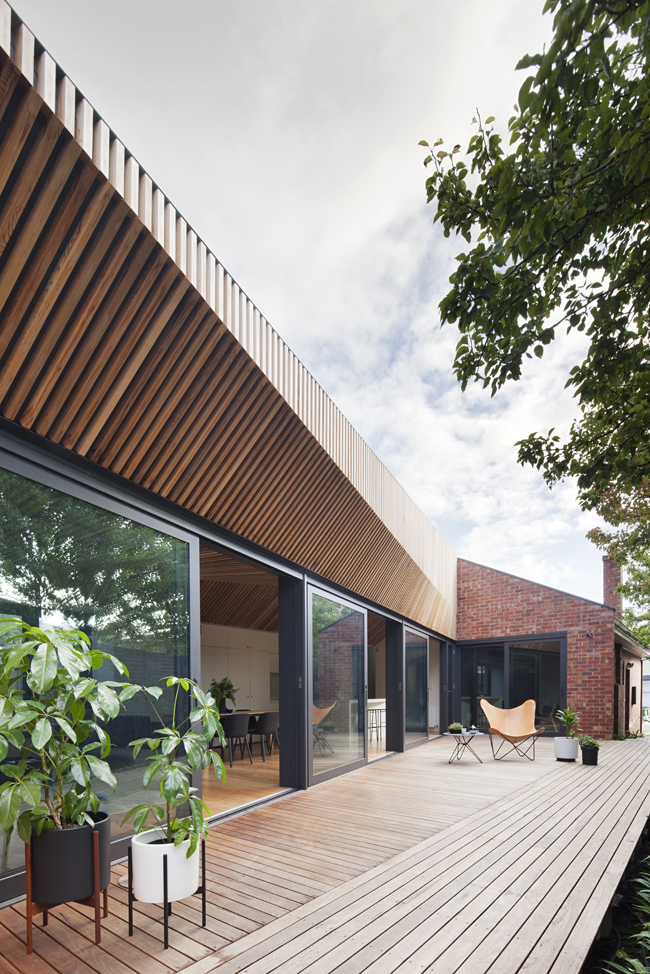 While many rear extensions result in a generic 2.7-metre flat ceiling, Object Subject has maximised ceiling height to create a soaring space above the kitchen where much of the activity occurs, and a lower ceiling in the living area.

North-east light is captured through the reorientation of the rear plan into a wedge shape – the main glass façade of the extension opens to a timber-clad courtyard to the north-east, instead of the south.

“Unlike projects that are complex for the sake of complexity, this project is the result of a series of quite pragmatic considerations, such as the north-east glazing, indoor-outdoor living and responding to the existing gable roof geometry. The complexity is simply a by-product of trying to synthesise these considerations into one coherent form.”

Extension built on a concrete pedestal