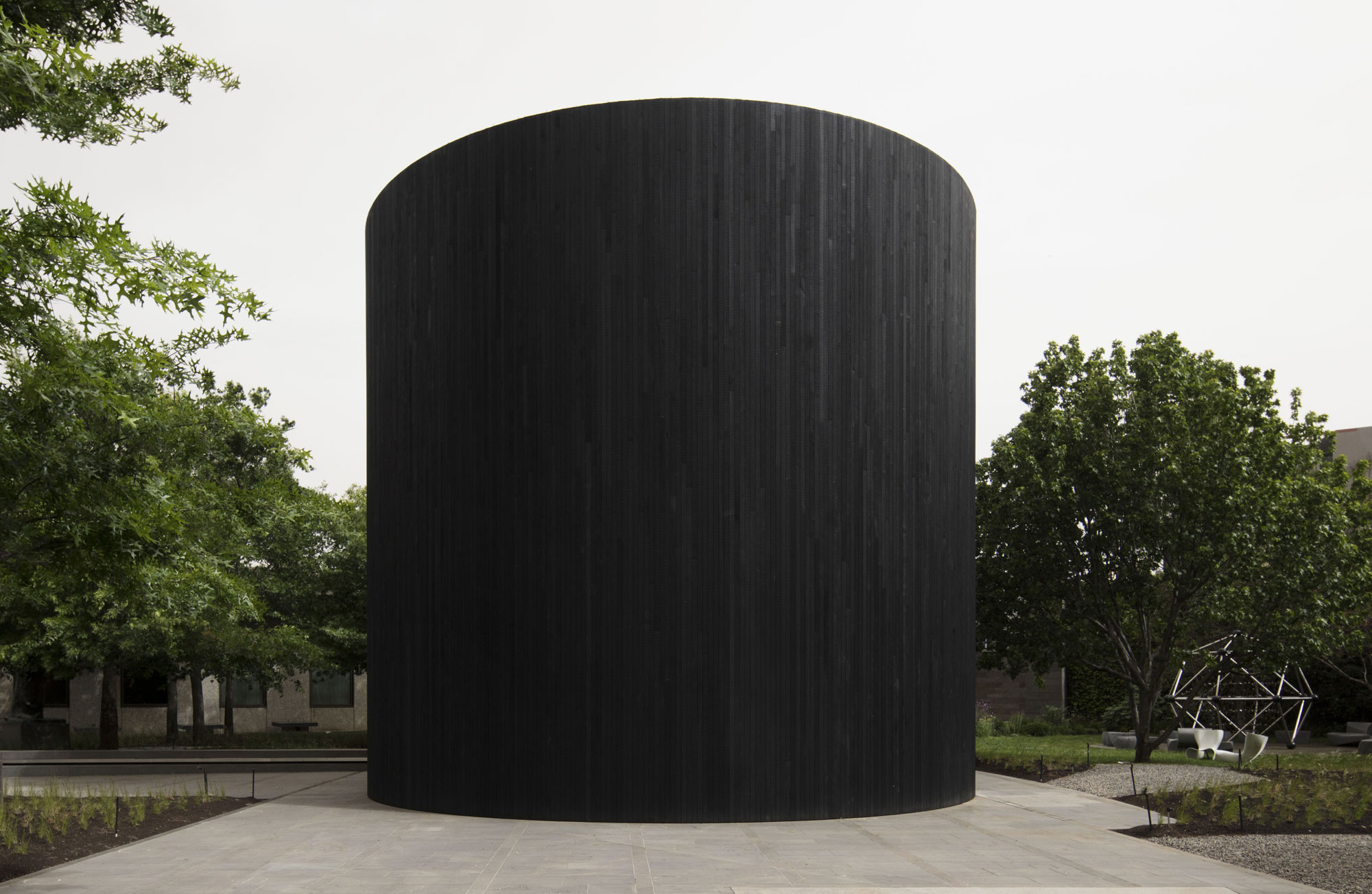 Set among the European pin oaks of the National Gallery of Victoria, Edition Office and Yhonnie Scarce’s installation for the 2019 NGV Architecture Commission is as much about what isn’t there as what is.

In Absence opens to the public on 27 November and will be on the Melbourne museum’s grounds until April 2020.

ADR toured the installation with Edition Office’s Kim Bridgland and artist Yhonnie Scarce before it opened to the public.

The design is deceptively simple. A tower made entirely from a singular monolithic material, Australian eucalyptus hardwood, stained a dark grey and moored in a sea of Kangaroo grass, Murnong native yams and basalt. 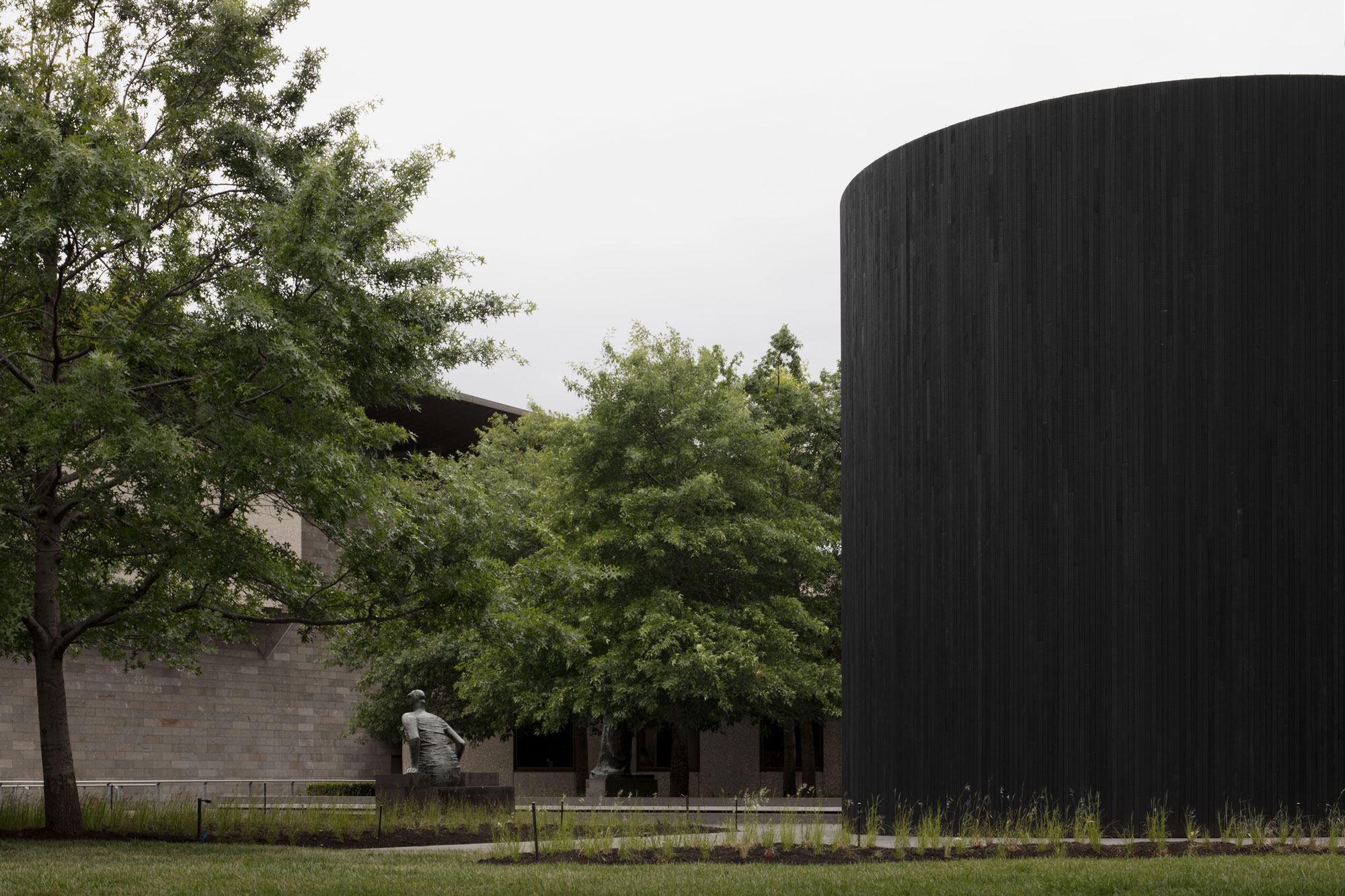 A split runs through the centre, aligned with the exact centre of the NGV and its Waterwall.

Inside, the two chambers are on a north/south axis, so the northern sun penetrates and moves across the thousands of midnight black glass-blown creatures that climb their walls.

In Absence demands your attention, but directs it not to what is in front of your eyes, but to what is missing.

“It was really important for us that the building had a presence. That it stood back and spoke back to the Sir Roy Grounds’s building. That there was a dialogue between what this building comes from and what this building represents, as well as having a presence on a scale in the garden,” Bridgland says.

“Part of the namesake of the installation is the recognition of the false absence of an appropriate civilisation.

“We’re highlighting that false absence and how much has been consciously forgotten. So much has been taken away from Australia’s contemporary history, of what we collectively think of our shared past. Indigenous history doesn’t have a presence that we can feel daily. In Absence attempts to reconcile this.” 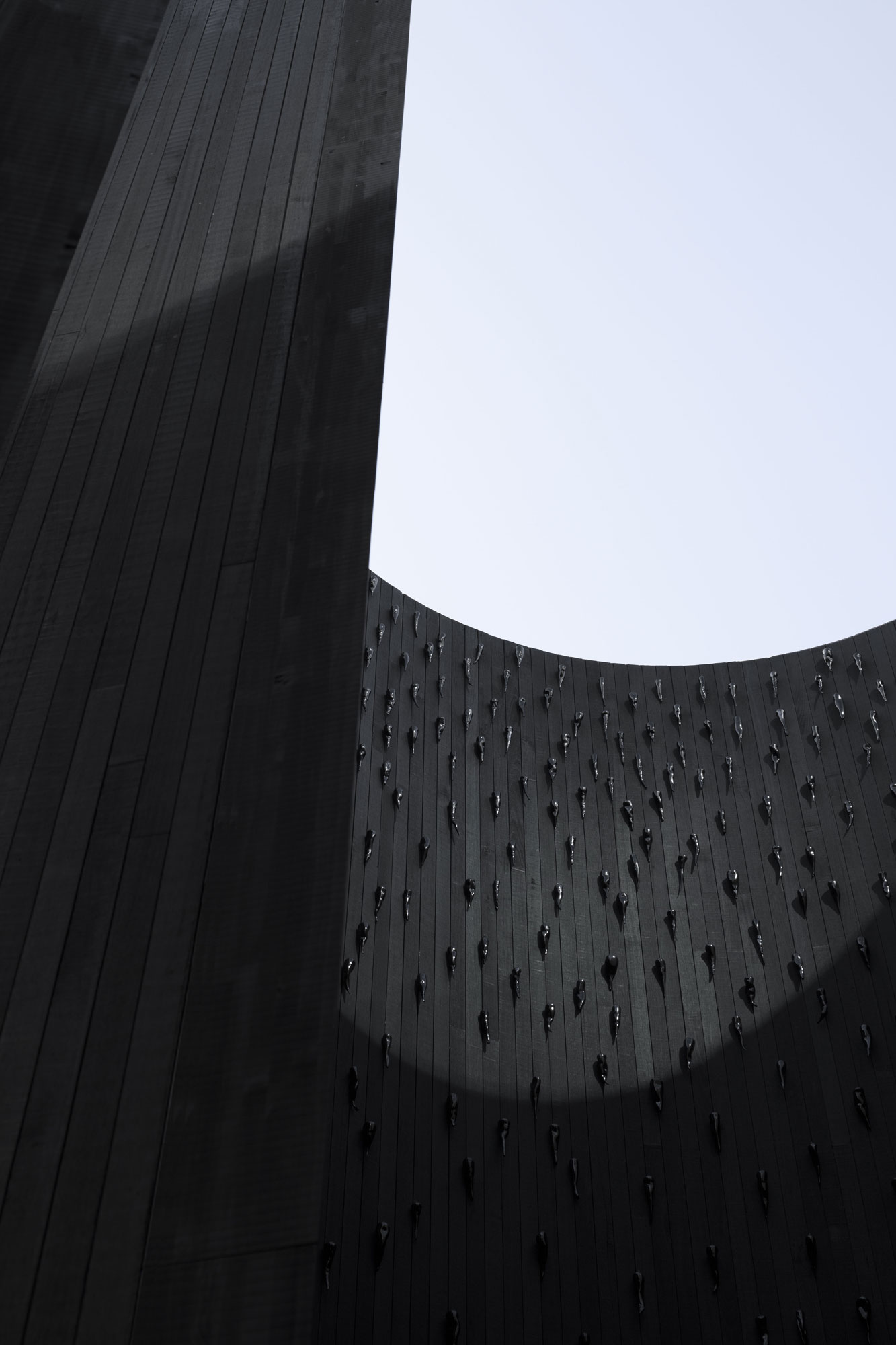 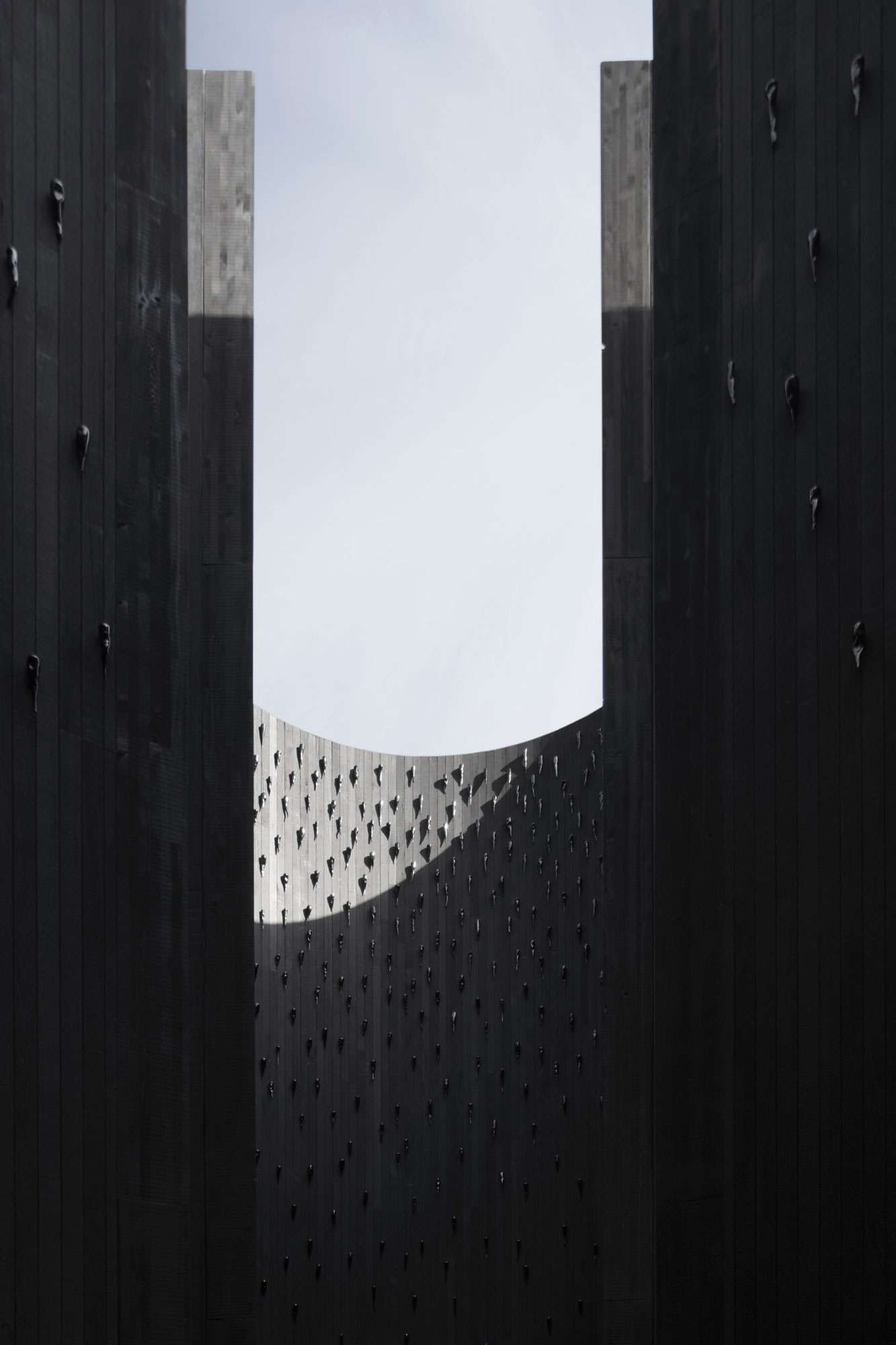 At the forefront of Edition Office’s project is the question of why the now well-documented Aboriginal system of living being discussed by writers like Bruce Pascoe have not sought cause for a re-evaluation of the heritage guidelines that define what is to be held as culturally significant and form the basis of neighbourhood and character codes.

In Absence contemplates and acknowledges the long histories of construction, design and agriculture built and maintained by many Aboriginal communities. It directly challenges the false absence implied by terra nullius, the colonial strategy that declared Australia an emptiness awaiting ownership.

Even in a quick glance, you can’t ignore the false nothingness that this installation represents.

But Bridgland is quick to point out their intent was not to leave the admirer with a sense of emptiness.

“We are making sure people walk in to feel what was declared an emptiness, but we hope they also feel the opposite. It’s so incredibly full on the inside.

“The design abstractly references eel trap as they are designed to lure you in and pull you into pockets in the streams. This isn’t a literal mapping of how these eel traps function, but more of a parallel of how they take people in and hold them in the pockets inside.” 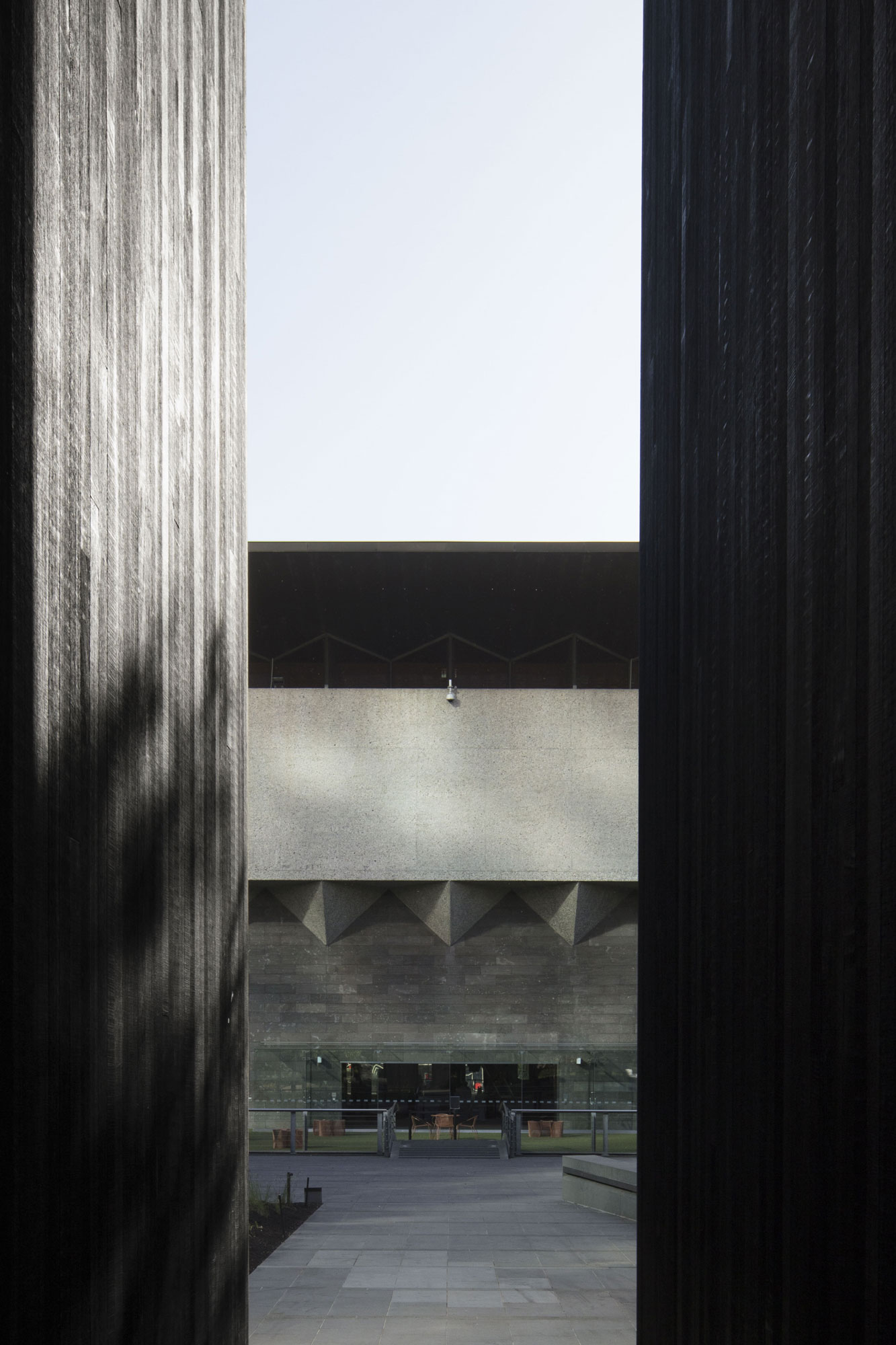 Inside, Scarce’s 1600 glass creatures are waiting. They do look like eels, but she tells ADR they are, in their most simplest interpretation, yams – a signature of hers.

“I’ve made a large scale installation with 2000 suspended yams before, so when we talked about this project, they presented again themselves from the very beginning, as they always do,” she says.

Unlike projects like the MPavilion, the NGV Architecture Commission is an open national competition, now in its fifth year, seeking temporary works of thought-provoking and immersive design.

A Kokatha and Nukunu woman, Scarce was born in Woomera, South Australia, and is a master contemporary glass blower whose work often references the on-going effects of colonisation on Aboriginal people.

She was the recipient of the Kate Challis RAKA award in 2018 for her contribution to the visual arts in Australia, and was exhibiting in Tbilisi when Edition Office approached her about the Commission.

“We shared a desire, traded stories and research, and it was a collaboration from the start.”

The glass-blown yams rising within the symbolic tower “bear witness to the pain of the false absence by filling the space with the glittering light of the memories and echoes of thousands of years of occupation”.

Scarce made them in collaboration with students from Adelaide’s Jam Factory, where she participates in an educational design program. 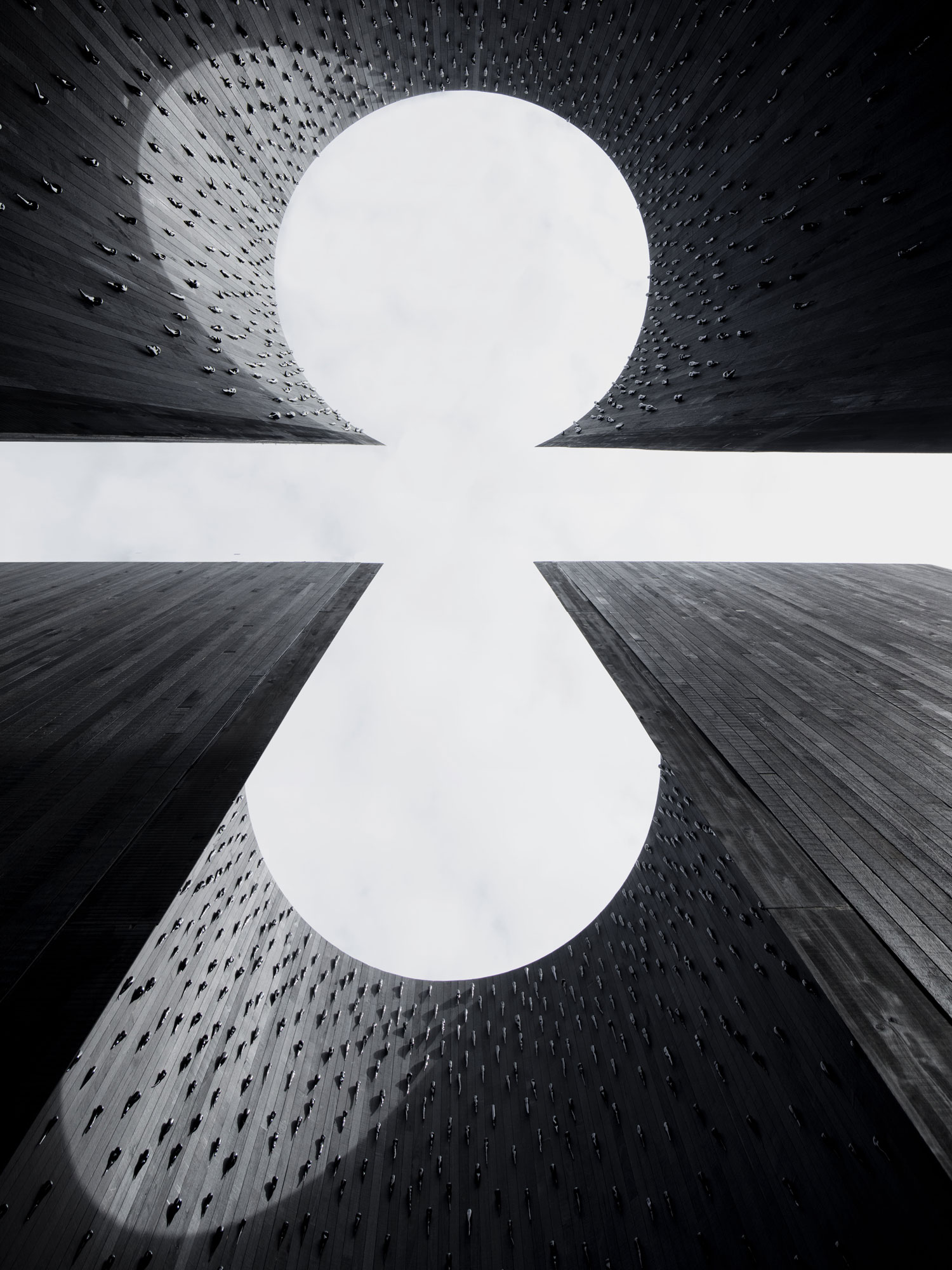 On the surface, the yams, secured to the walls of the inner chambers with nails, reference the sophisticated agricultural production of Indigenous Australians that has been forgotten in favour of the ‘hunter, gatherer’ narrative.

“But the Murnongs, or just the bush food I make in general, represent many other things. They could be just the physical form, so the yam, or they could take on the form of eels or leeches, or, a friend of mine whose been in the art world for a long time, called them stars recently, like a portal to the stars. If you stand here long enough, they start to move,” says Scarce.

“I think they all have a personhood, a spirit-hood. There are plump ones and skinny ones. They are all different shapes. I feel like they have so many memories,” adds Bridgland.

“They are deceptively simple. They are simply handmade glass yams, but they are such an amazing vehicle for embodying so many stories. And as the audience comes in, they pour more stories into them.” 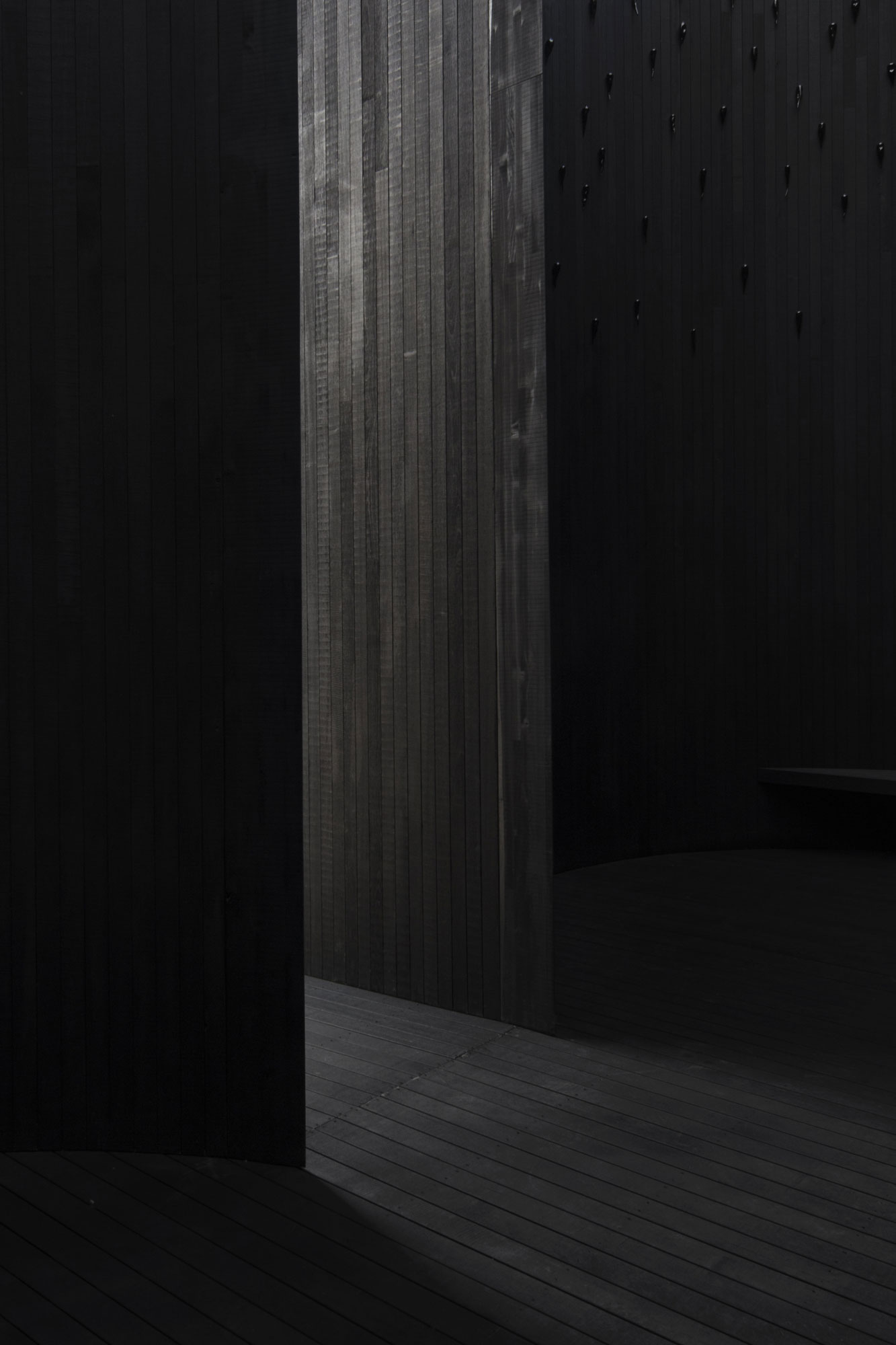 Edition Office is fresh from being named emerging architect of the year at the 2019 Dezeen Awards, where judges praised the studio for its strong vision, achievement and positive impact. In Absence is more of the same.

The installation will host regular events and talks throughout its lifespan in the gardens.

The two inner chambers are designed to be mirrored, down to the bench that is elevated to allow the floor plan to continue uninterrupted underneath.

It’s deliberately designed to be an intimate space that encourages dialogue from a place of equality.

Underneath the seats, hidden diffusers perfume the spaces. One is of an old fire, an association to human presence; the other, fresh eucalyptus, a nod to the future.

“Architecture has a really strong capacity to default to the status quo. To reinforce the heritage guidelines and the colonial presence it represents. Australia has a cultural identity that is far richer than that and yet our architecture is so embedded from one perspective.

“This project turns the mirror back on Australia. Asking people to see that there is a very different perspective on who we think we are and how we came to be.”

Head to the NGV website for the full calendar of events.

In Absence is free to visit and can be accessed from the NGV’s main entrance.