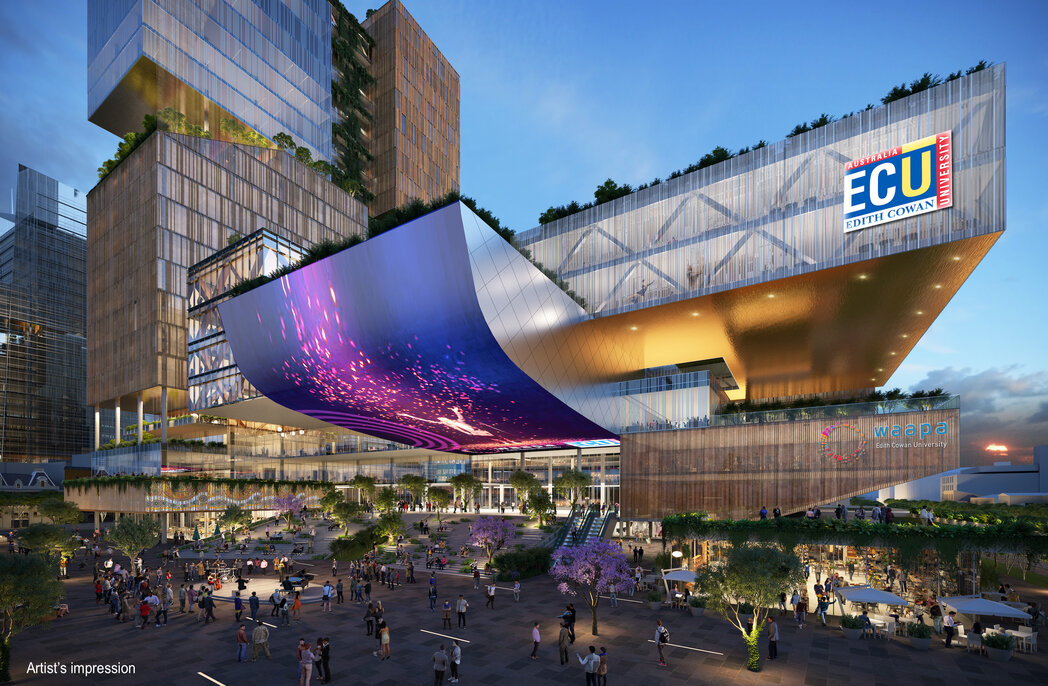 The campus is the centrepiece of the recently announced Perth City Deal, which brings together the collaborative efforts of the Australian Government, Western Australian Government and City of Perth to help Perth recover from the impacts of the COVID-19 pandemic and position the city for the future.

The project will deliver Western Australia’s first vibrant and engaging CBD university campus and represent one of the State’s largest and most exciting building projects.

Premier of Western Australia Mark McGowan said the ECU City Campus will be a landmark project that represents the future of inner-city university education and enliven the city experience while creating thousands of jobs and supporting the WA economy.

“The City Deal was only announced in September 2020 and being able to get this project progressing soon after is testament to ECU’s commitment to education, jobs and vision,” McGowan said.

“This project will support more than 3,000 jobs during construction and will support the State in its efforts coming out of the pandemic to build WA back up and create vital infrastructure for generations to come.”

The city campus, which is expected to open in early 2025, will be built on land adjacent to Yagan Square, linking Northbridge’s dining and entertainment circuit to the Perth Cultural Centre including the new WA Museum Boola Bardip, and the retail and commercial hub of the Perth CBD.

Federal Minister for Population, Cities and Urban Infrastructure Alan Tudge said the ECU City Campus represents a transformational change for Perth with the economic flow-on to last for decades.

“Thousands of students flooding into the city will inject more life, vibrancy and dollars into the city centre and its local businesses,” Tudge said.

“COVID-19 has had a profound impact on all our cities and this element of the City Deal is exactly what WA needs right now because it means local jobs and a boost to the economy.”

“Not only will this project create jobs; the campus will bring new life to the city with an estimated $1.5 billion economic output across the next four years, delivering more than $7.5 billion to the WA economy in the longer term.”

ECU Vice-Chancellor Professor Steve Chapman said the university will engage with the market to identify leading experts with both local and international expertise for the roles.

“Given the level of ambition, combined with the complex and multi-faceted nature of the project, we expect the Lead Architect will leverage international networks and knowledge to ensure ECU attracts the best advisors to deliver a project of international significance,” Professor Chapman said.

“We want this campus to be highly innovative and inclusive, where the transition between the university and the city is seamless, promoting unprecedented levels of community interaction and engagement.”

ECU City Campus will sit over the Perth Busport and will be located just minutes from the central railway. It will house the internationally recognised Western Australian Academy of Performing Arts and invigorate the Perth cultural scene by offering hundreds of performances across the year.

Both Expressions of Interest were released on November 16 on Tenders WA.