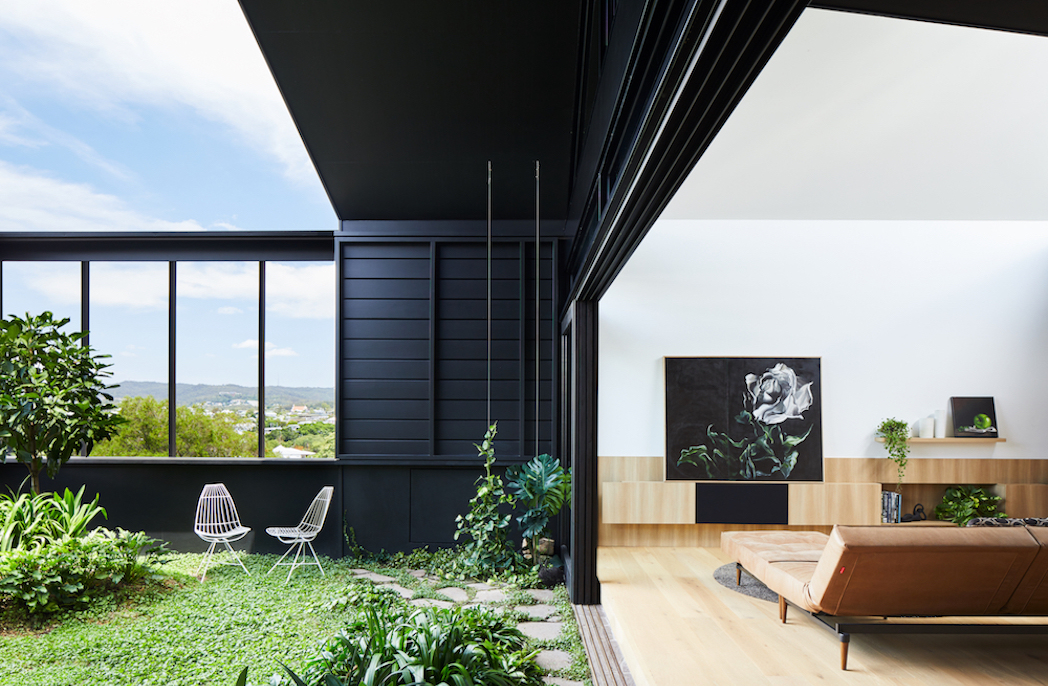 A heritage-listed worker’s cottage in the inner-Brisbane suburb of Petrie Terrace presented an irresistible challenge for bureau^proberts director Terry McQuillan and his interior designer wife Charlie.

A small and steeply sloping site, together with a compact floor plan and building challenges owing to the cottage’s age and location, were no barrier to the pair’s imagination.

“We wanted to create a contemporary home that not only overcame the site’s limitations but unlocked its potential too,” McQuillan says. 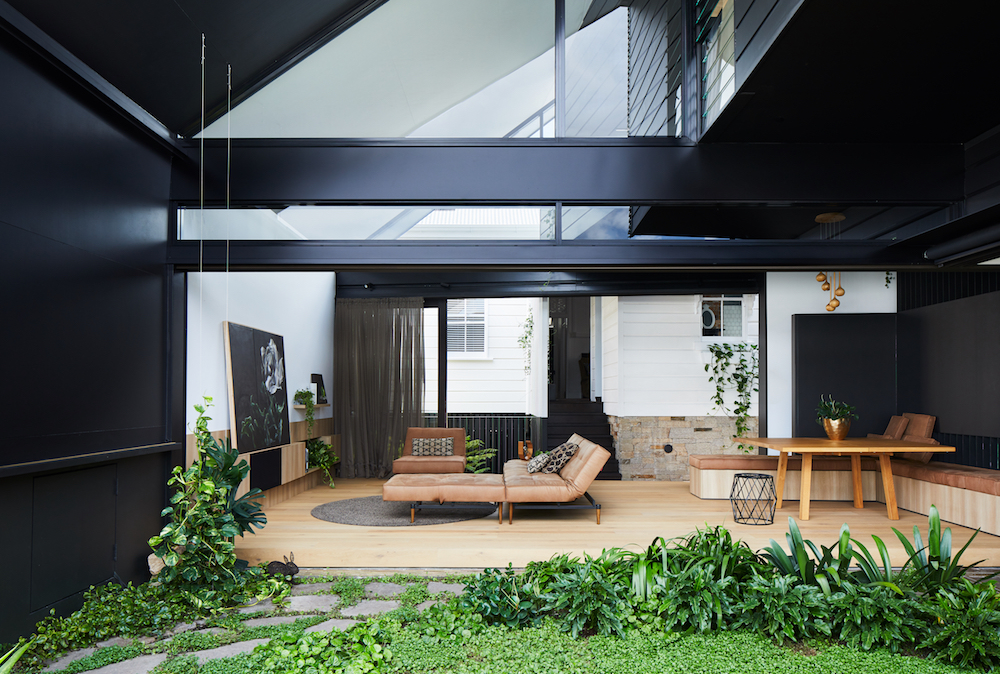 The cottage is affectionately known as Albert Villa, a homage to its original builder Peter Albert who constructed the home back in 1885. Unlike Albert, McQuillan was able to take full advantage of the site’s elevated position.

“The addition of our pavilion, behind the cottage, enabled us to greatly increase the living space and capture views out to nearby Mt Coot-tha and the surrounding neighbourhood,” he says. 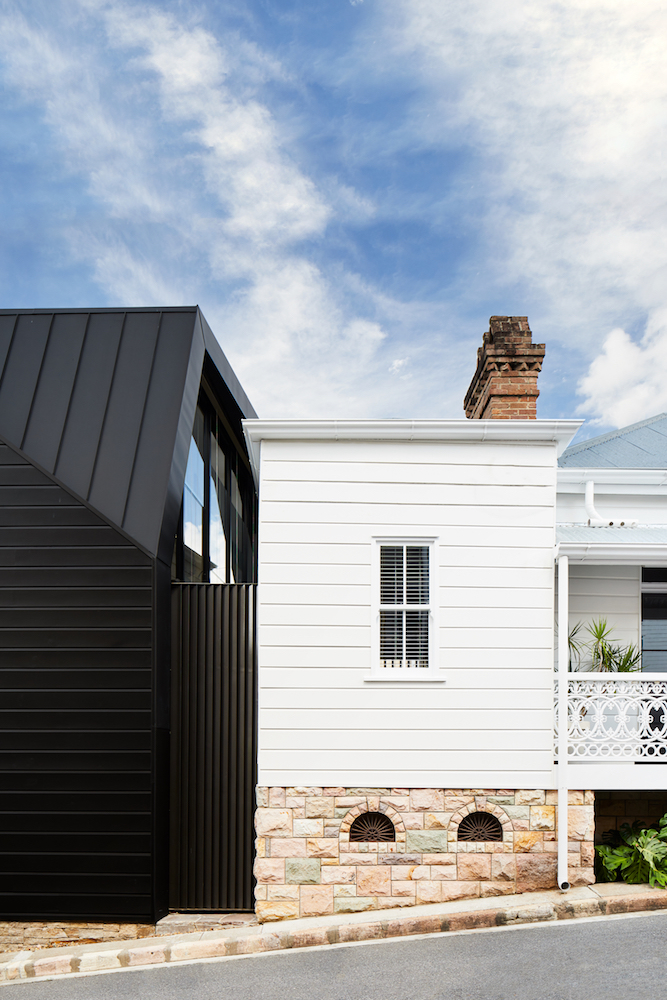 A covered breezeway separates the pavilion from the cottage. “The physical demarcation was a device we deployed to respect the difference between the ‘old’ and the ‘new’ structures,” McQuillan explains. “From inside the pavilion, sight lines provide glimpses of the cottage that foster a sense of connection and flow from one dwelling to the next.” 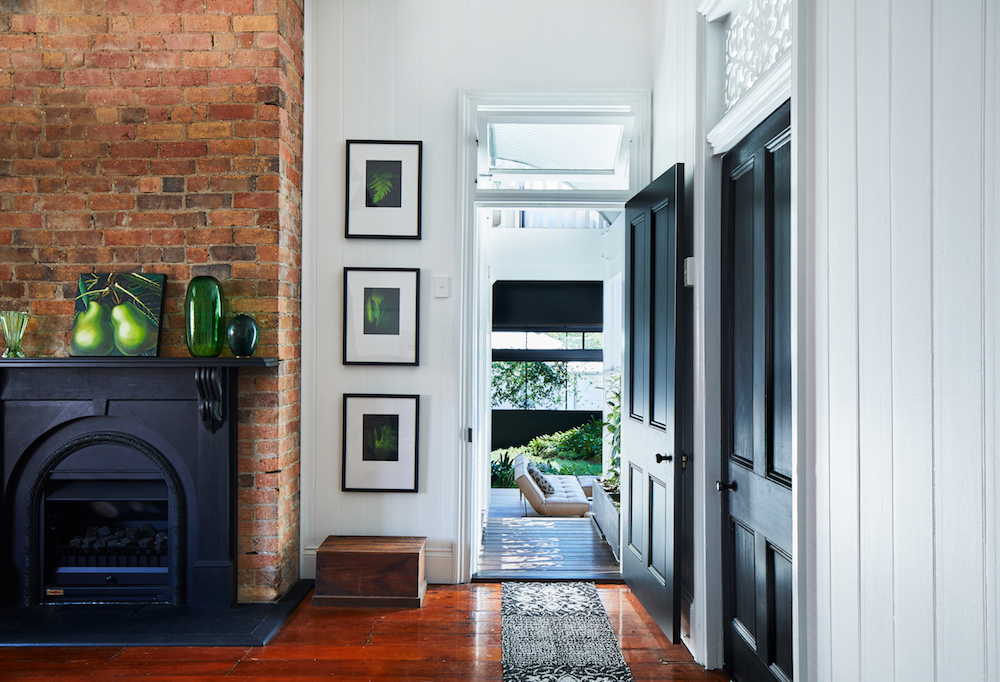 When viewed from Albert Villa’s side street, the rooflines of both structures appear in alignment — despite the pavilion standing at three-storeys and the cottage at just one. Thoughtful alignment of the eaves and a steeply raking roof form were deployed to create this sense of symmetry. 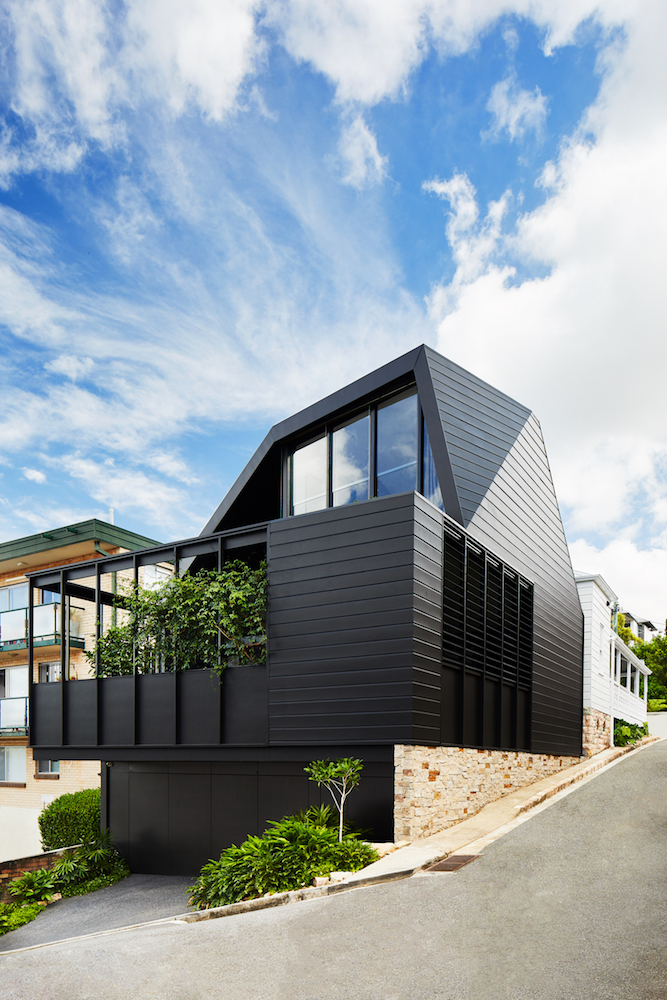 While Albert Villa is McQuillan’s home, its professional influences abound. Terry is a director at bureau^proberts, a Brisbane-based architectural firm that specialises in subtropical design. The pavilion’s central courtyard invites the outdoors in, while the adjoining kitchen features louvered windows to regulate ventilation and capture cooling Brisbane breezes.