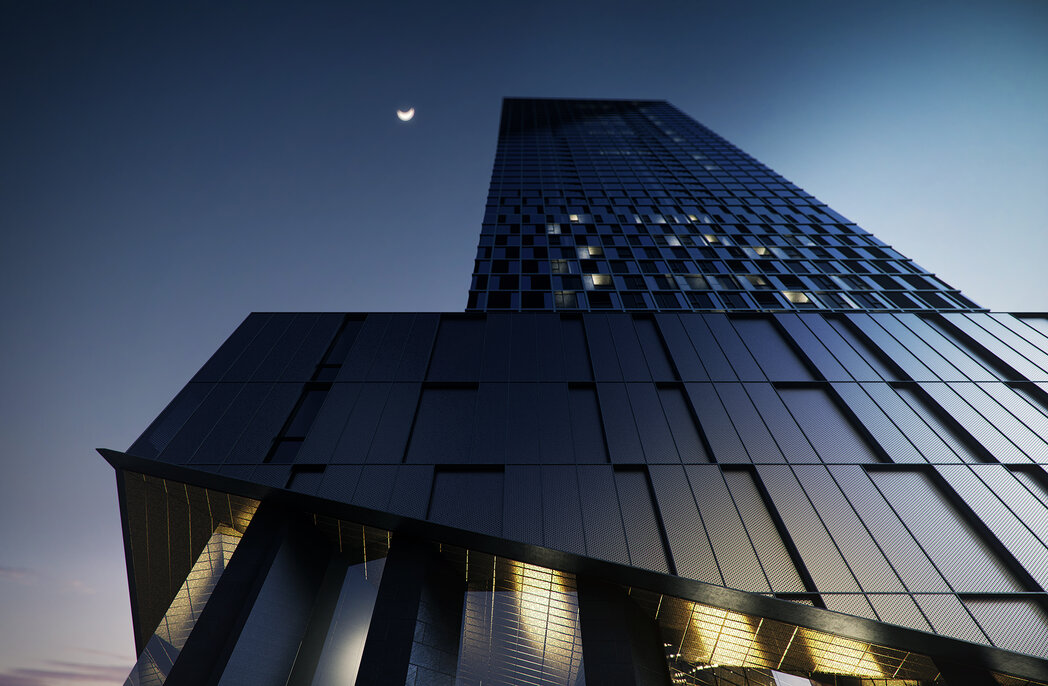 Australian rendering and pre-built visualisation company FloodSlicer has won a 2020 CGarchitect 3D Award for their abstract exploration of a South Melbourne mixed-use development.

The CGarchitect Architectural 3D Awards were introduced in 2004 to recognize outstanding achievement in the field of architectural visualization. 2020 marks the award’s 17th year, attracting entries from top studios, freelancers and students from around the world.

Past award ceremonies have taken place in Vienna, Los Angeles, and La Coruna, however, due to the impacts of COVID-19, this year’s winners were announced in a live broadcast as part of the annual D2 Conference, the largest gathering of architectural visualisation artists in the world.

At the virtual ceremony, FloodSlicer, an Australian 3D rendering and animation company specialising in pre-built visualisations, was announced as the winner of the ‘Commissioned Film’ award for their Avion Experience film.

The film is a creative interpretation of the architecture of the Blue Earth Group’s mixed-use development Avion, located at 245-251 Normanby Road in South Melbourne. Designed by CHT architects and Sora Interiors, FloorSlicer explores Avion’s texture, materiality and form in an immersive and abstract manner.

“This was a true creative exploration and collaboration at FloodSlicer, in which each of our animators were tasked to come up with a creative approach to be projected as an immersive presentation with 7.1 surround sound,” said FloodSlicer in their award submission.

The team added that Avion Experience is designed to be seen in a darkened room on a screen 6 metres wide.

The film is part of a larger marketing strategy for the Blue Earth Group’s latest mixed-use development. The Avion Experience acts as a set-piece, forming the first part of the sales journey, captivating the audience before they move through into the sales suite where five more supporting informational films present the building’s interiors and features in more traditional visual explorations.