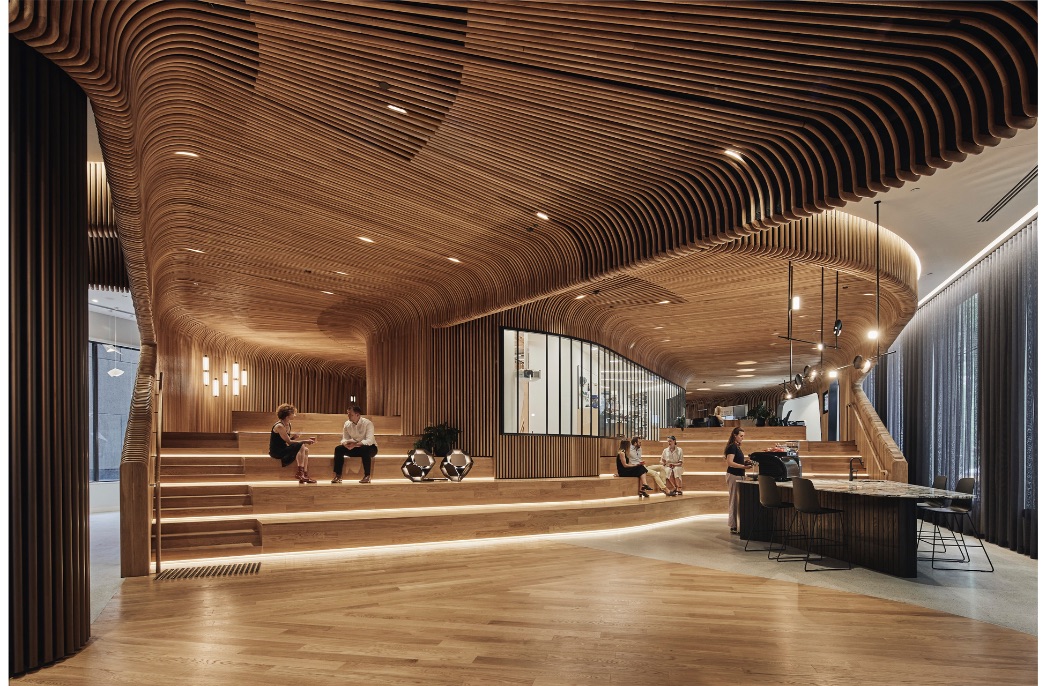 WAF and INSIDE World Festival of Interiors took place at the FIL exhibition centre, Lisbon, from 30 November until 2 December 2022.

WAF is where the world architecture community meets to celebrate, learn, exchange and be inspired, and MIELE, along with Grohe and ABB, are among its partners.

Following an exciting day of live presentations, in which hundreds of shortlisted projects were presented by architectural and design practices from around the world, the first award winners of the 2022 festival have been announced.

Atelier tao+c, Weston Williamson + Partners, OHLAB and JC Architecture are among the award category winners announced on the second day of the World Architecture Festival in Lisbon.

The festival’s judges recognised a diverse array of completed, future and interior projects across over 20 categories.

The winner of this year’s ‘Office’ category was Quay Quarter Tower by 3XN, in Australia.

The judges remarked on the project’s “very complex site and use of the constraints to open up opportunities, to adapt, and reuse an existing building to create a transformational urban intervention”.

In the ‘Workplace (Small)’ category the winner was Sculptform Design Studio by Woods Bagot in Australia.

Judges were impressed by its craft-led design.

Within the ‘Workplace (Large)’ category the winner was Yirranma Place by SJB, also in Australia.

The judges praised the project for its “re-use of a church to form a workspace” giving which gave status and dignity to non-profit organizations and charities”.

In particular, judges felt the project’s “interactions between old and new were handled with care, creating a respectful project”.

On the second day of WAF, Australian practices and projects were also recognized on the global scene, such as 80 Collins by Woods Bagot, which was the winner in the “Mixed-Use” category.

Judges felt the project was “an excellent response to the urban context” and “successfully integrated a variety of different uses that provided a human scale to the public realm”.

This prize is awarded to the project that best demonstrates new ways in which glass and glass technology can be deployed.

The finalists for the inaugural prize range from chameleonic glass-panelled buildings to innovative glass interventions in existing structures, showcasing the breadth of how glass and glass technology can be used in new and inventive ways.