Home • Magazines • AR • Inclusion for all: how the NDIS means a turn away from institutional disability housing 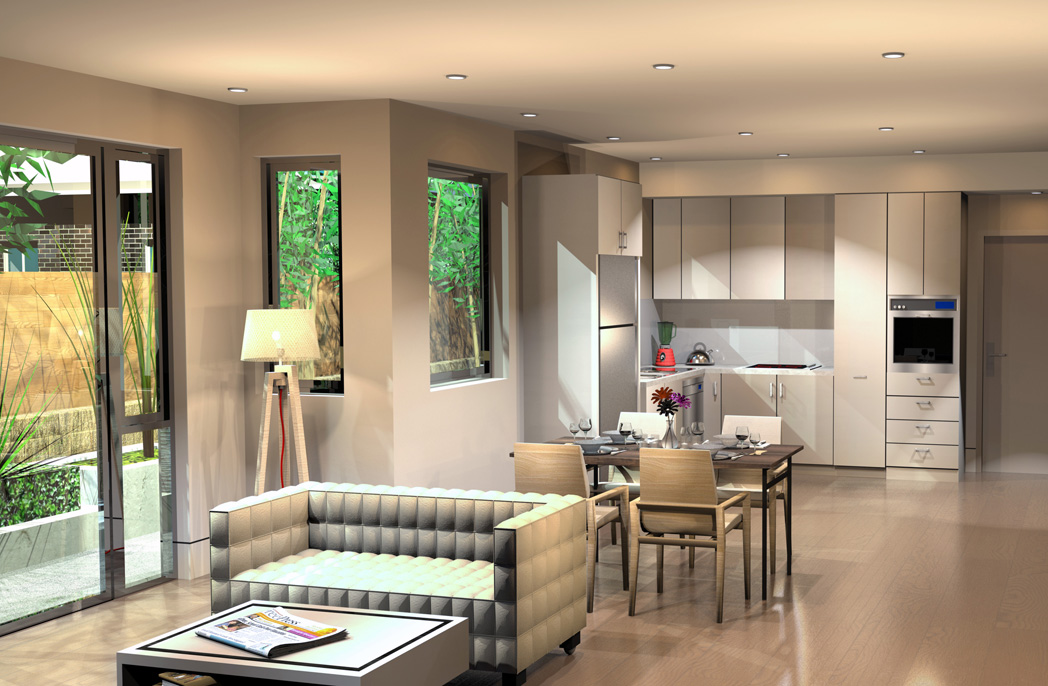 Inclusion for all: how the NDIS means a turn away from institutional disability housing

In the latest in an occasional series  detailing growing sectors for architectural practices, AR looks at the opportunities afforded by the establishment of the NDIS.

A new housing market specifically for people with disability was established in Australia in July 2016. With the introduction of the National Disability Insurance Scheme (NDIS), we are now, finally, turning away from segregated and institutional disability housing and moving towards genuine and appropriate housing options and the potential to live with greater community inclusion.

This housing funding is designed only for people under 65 with very high disability-support needs. This is around six percent of all NDIS participants. They receive a package of support that includes annual funding to pay for the cost of their housing. The participant has a separate amount in their package to pay for reasonable and necessary support to live independently in the community.

The NDIS will be making payments to housing providers that cover the costs incurred and provide a return on investment at market rates (five to 12 percent). If the NDIS’s housing funding works well in every Federal electorate in Australia, more than $75 million will be spent to create over 60 new dwellings. Providers in this market will need to access an additional $5 billion in capital over the next five years.

Robert Caulfield and Jeremy Hearn of Caulfield Krivanek Architects talk about the challenges of designing for the NDIS: “Architecture, in this case, is an interesting conundrum because we are not meeting our real clients until after the buildings are completed – even though the eventual clients may have very specific needs. The way the funding model has been arranged prevents this. We are required to design buildings with certain minimum standards and the ability to be easily reconfigured.”

The underlying aim of the funding bodies is to give disabled people the most similar living environment to the bulk of the population as can be managed, while ensuring that their particular requirements are catered for. Caulfield agrees that embarking on this path has been a “big learning curve”. He says, “Each government authority has different guidelines, and there are various standards and codes to adhere to.”

The typologies remain the same as those in use for residential buildings all over the city, but with an extra bedroom and bath and sometimes an office added  for care staff. Necessarily the proportions of the buildings and their spaces change when wider corridors and rooms are required.

“This can be an advantage to the designer as more generous spaces are generally more attractive to people,” says Hearn. “We are not compelled to squeeze the space as much as sometimes, but these buildings are still being built by developers, so cost- effectiveness is essential.”

Caulfield and Krivenek area about to begin construction on a block of eight apartments in Doncaster in Melbourne’s east, aimed at people who require ‘high physical support’.

A specialist group house for adults with autism in Cranbourne is also in its early stages of construction. While it may look like a conventional building, it has been designed to withstand some robust behaviour, so the building structure will be more rigorous.

Discussing the architectural appearance of this new typology, Hearn says, “Aesthetically, we try not to do anything different than we might for anybody developing new residential accommodation. We try to produce good average residential accommodation with the necessary extra facilities integrated into the design – modern efficient design with enough personality to be recognisable, but not so much that it screams, ‘Look at me!’”

Summer Housing is part of a new breed of developers who are designing a slate of developments that will provide various housing options to accommodate people with a range of disabilities. Scheduled for completion in early 2019, Greenwich Fairfield, designed by award- winning firm JCB Architects, will include 10 apartments designed for people with disability throughout a medium-density, 77-unit private development. In this high-end project, Summer Housing has partnered with building giant Grocon, which has been one of the first of the major developers to enter this new housing market.

The perspective of Grocon’s executive design manager, David Waldren, is that people with disability are a significant part of the market. “If we don’t go down the path of providing housing for people with disability… we’ll preclude 14 percent of the population from being able to live here,” he told Urbandeveloper.com in August 2017. He sees significant opportunities for the property industry flowing from the NDIS. “Greenwich Village is one example. There’ll be others over time; it will just become par for the course.”

While there are many logistical and bureaucratic challenges to overcome within this sector, clearly the rewards are great, for all parties concerned. No longer will someone with multiple sclerosis or quadriplegia have no option but to reside in an aged care facility, in many cases, they will be able to live independently and, in all cases, with dignity and the level of care that is needed.