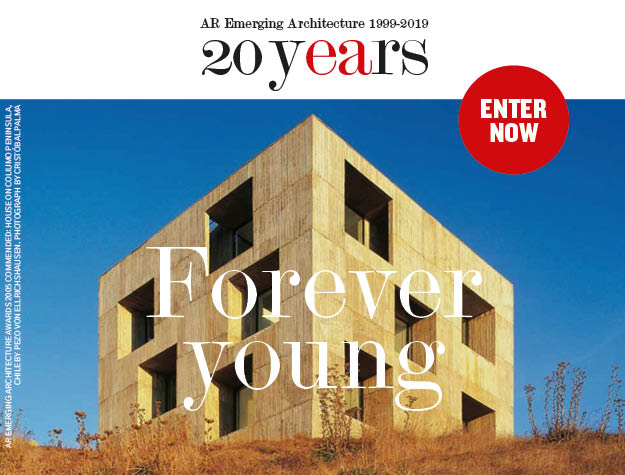 “The AR Emerging Architecture award was and remains one of the most important in my career. It meant that other people had noticed my work, that I was doing something worth talking about. Being fostered in such a way is invaluable, particularly at such a vulnerable stage in one’s career.” – Sean Godsell (Sean Godsell Architects, Australia) highly commended in 2000 and winner in 2002.

AREA recognises excellence in an overall body of work, with entrants asked to submit a small portfolio rather than a single completed building. Finalists will receive a free pass to the World Architecture Festival at RAI Amsterdam, 4 to 6 December 2019. Shortlisted projects will present their work to the judging panel in Amsterdam on 5 December for the chance to win the £10,000 prize.

Submit before 12 July to take advantage of the early bird rate: £199+VAT.